For his part, the Lisbon and London-based Matos created a new works entitled the Hole Series in which he further developed the familiar theme of change and decay often seen in his previous painting. One of his recognizable elements, painting layers and rips, evolved even further into a minimalist dimension with these pieces. Created with fire and acrylic, Matos painted layers of rips around a blow torched hole in the middle of canvas, creating an effective illusion of depth and dimension. Moving away from his figurative works, these pieces feel very contemporary while still recognizably photorealistic upon closer examination. The series features two large (120 x 100 cm), and four smaller pieces (40 x 30 cm). 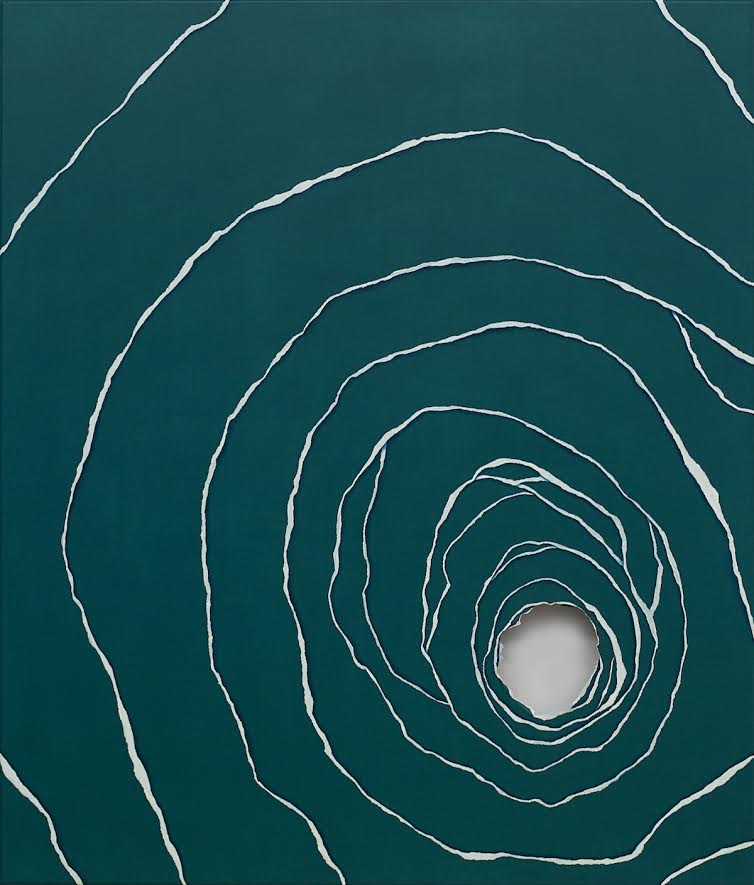 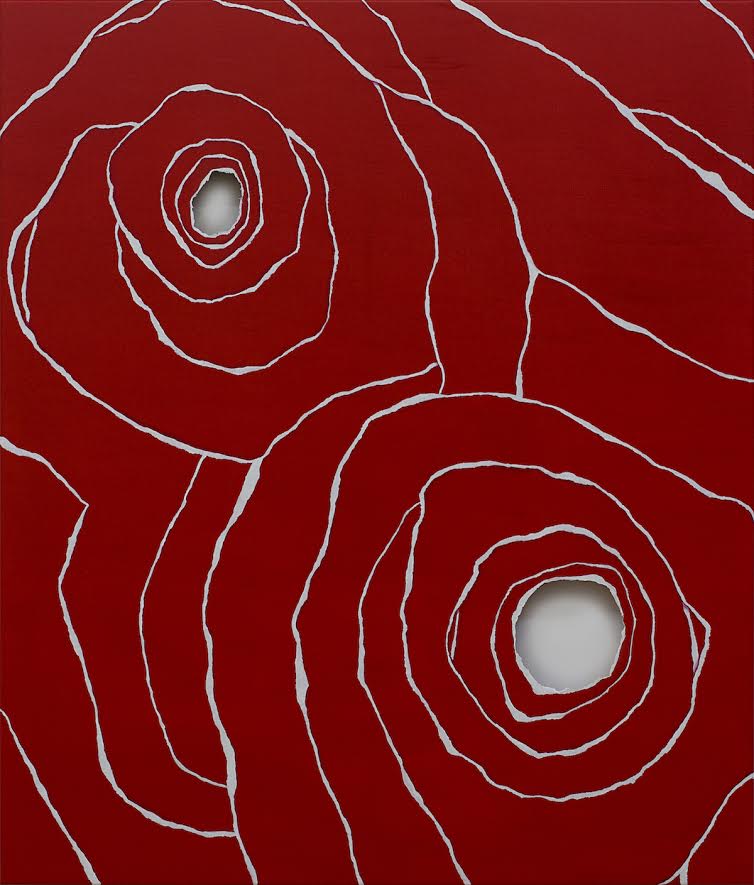 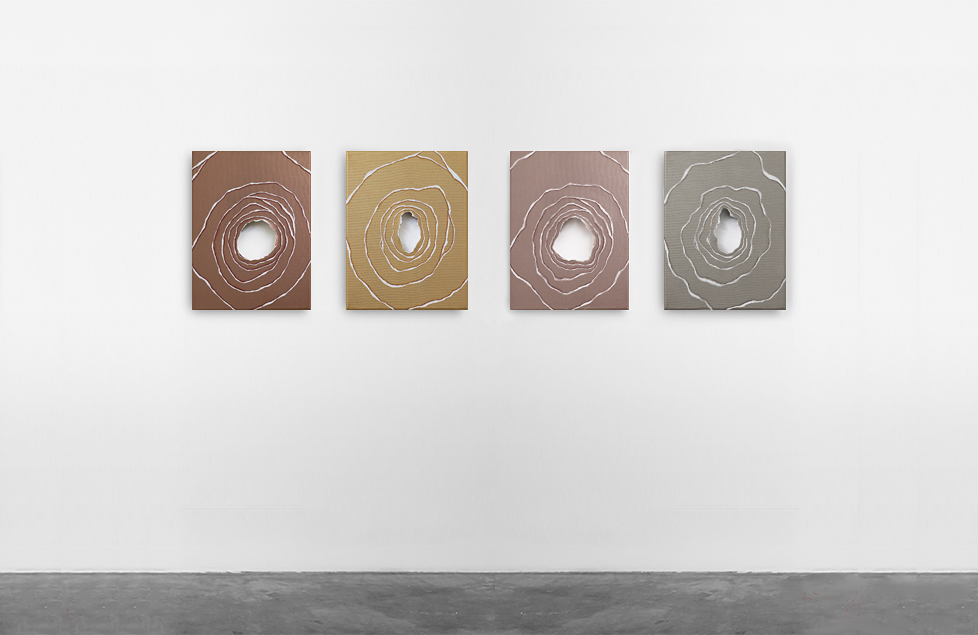 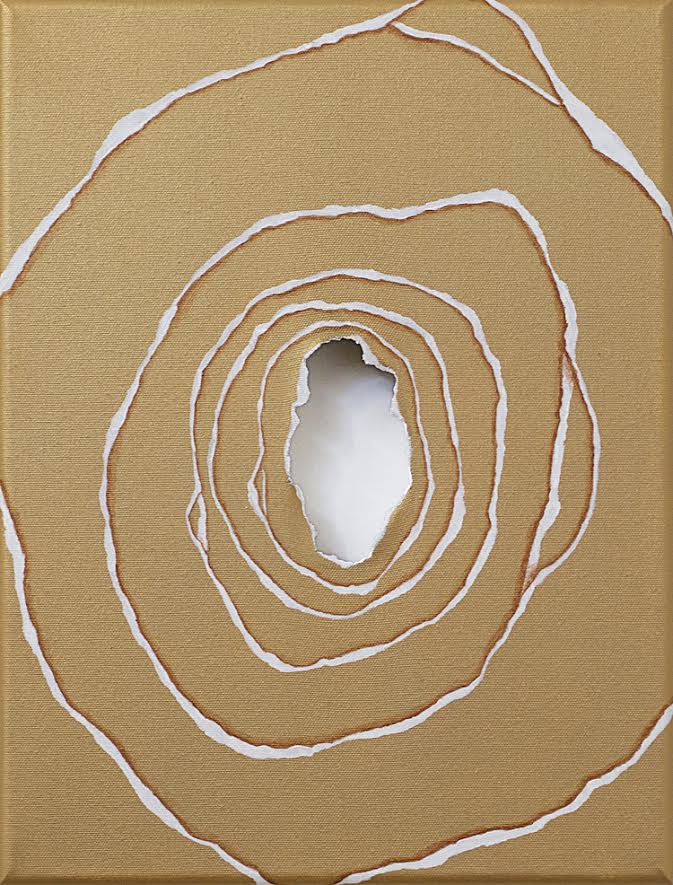 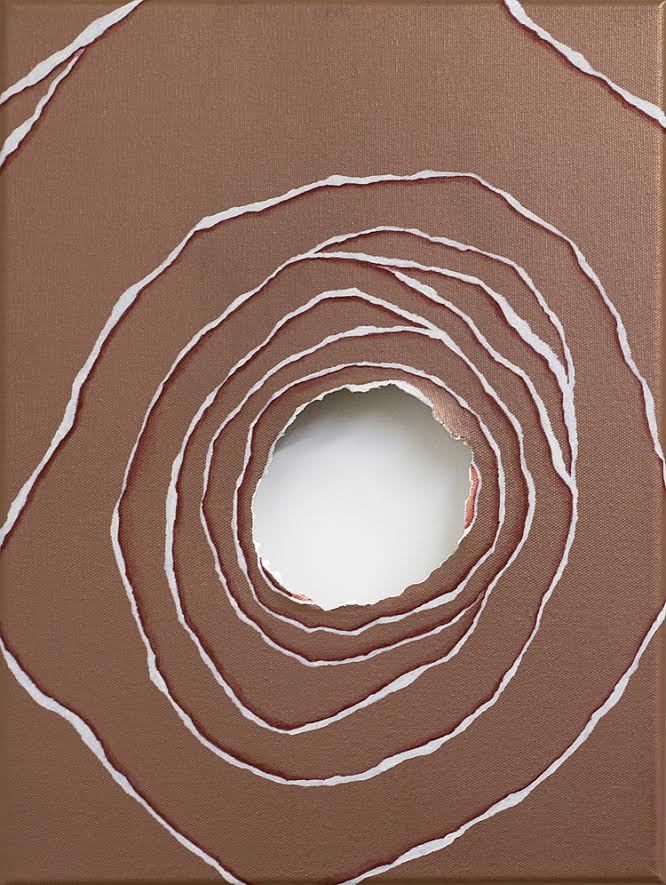