After featuring his works in a couple of group shows over the years, Galeria Patricia Armocide recently opened a solo from Todd James. Entitled Secret Garden the show includes seven large-scale acrylic on canvas paintings and eight medium and small-scale gouache on paper paintings, and will stay on view until the 1st of August.

Continuing his ongoing series of bright colored pieces capturing not so glamorous subjects and showing them in a new light, the work balances between ironic and erotic. His voluptuous blondes are naked and sexy, but both awkward and caught in strange situations and poses. REAS’ recognizable Somali pirates are shown as catalog models, while taking a break wearing their usual rags, with weapons hanging off their skinny shoulders and being surrounded with their small fisherman boats and the big cargo ships. While this concept is something that the New York-based artist has been working on for some time, this new body of work pushes the idea one step further, adding more colors, more details, and making the pieces more complex and even more coherent. 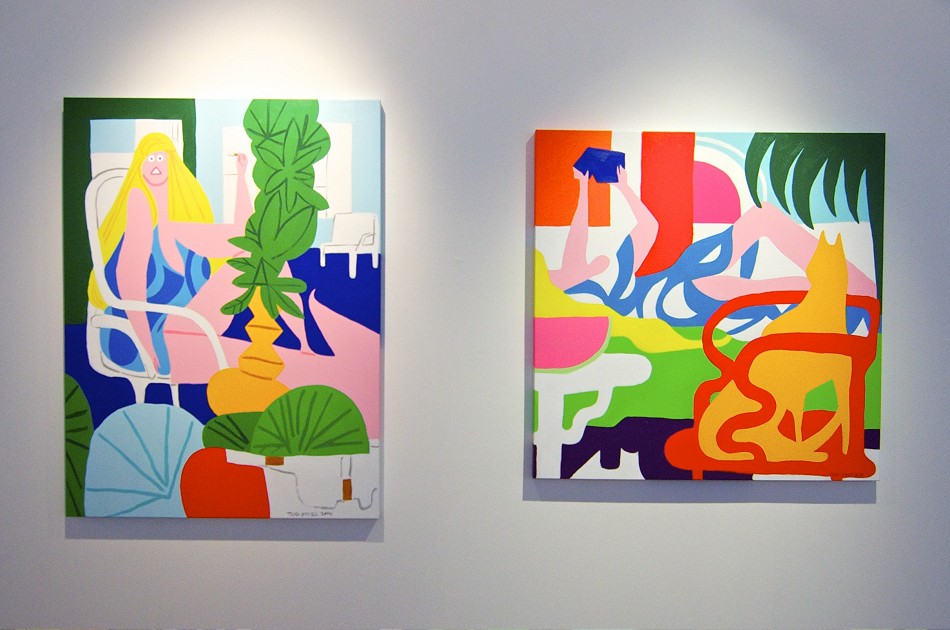 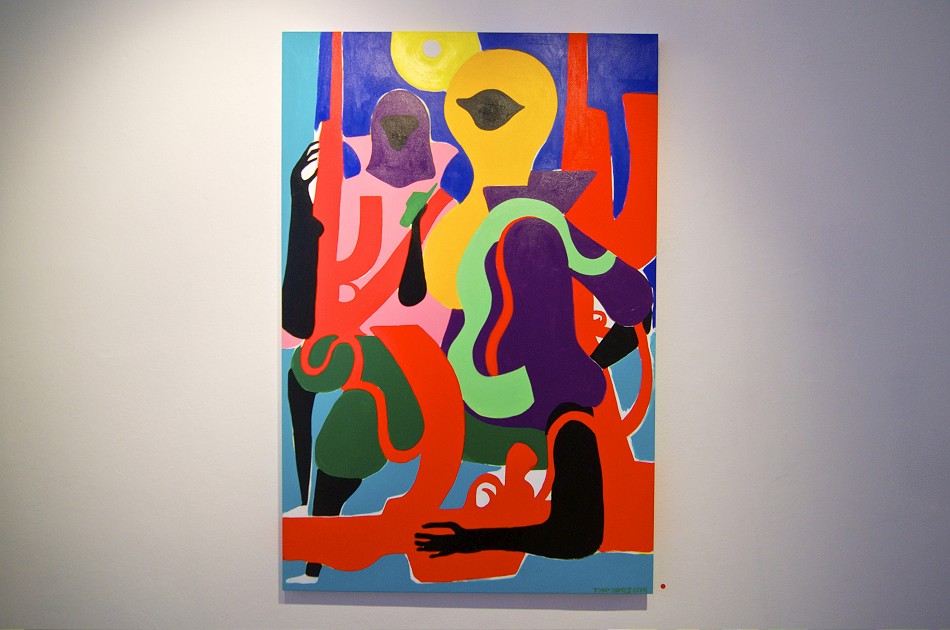 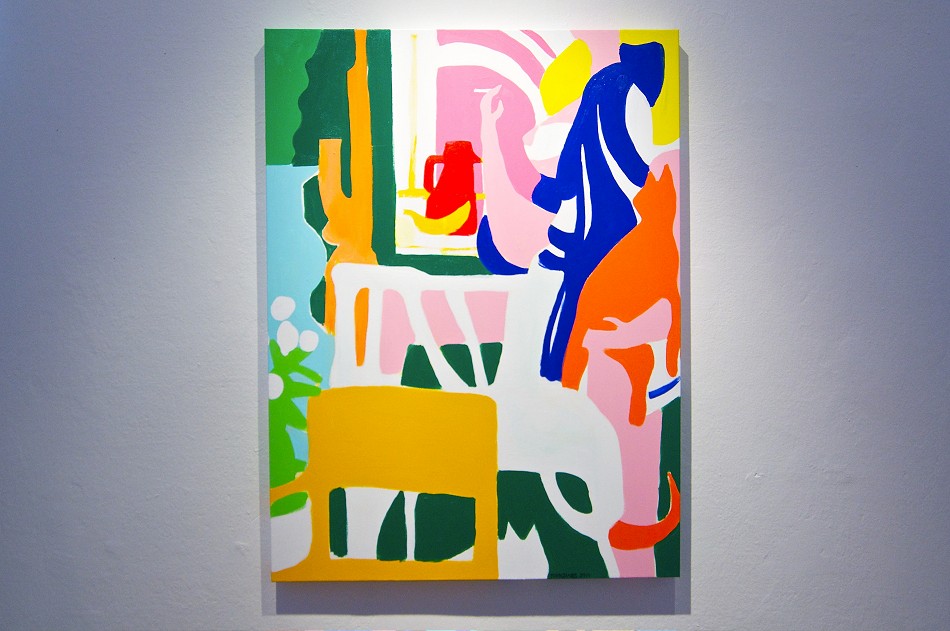 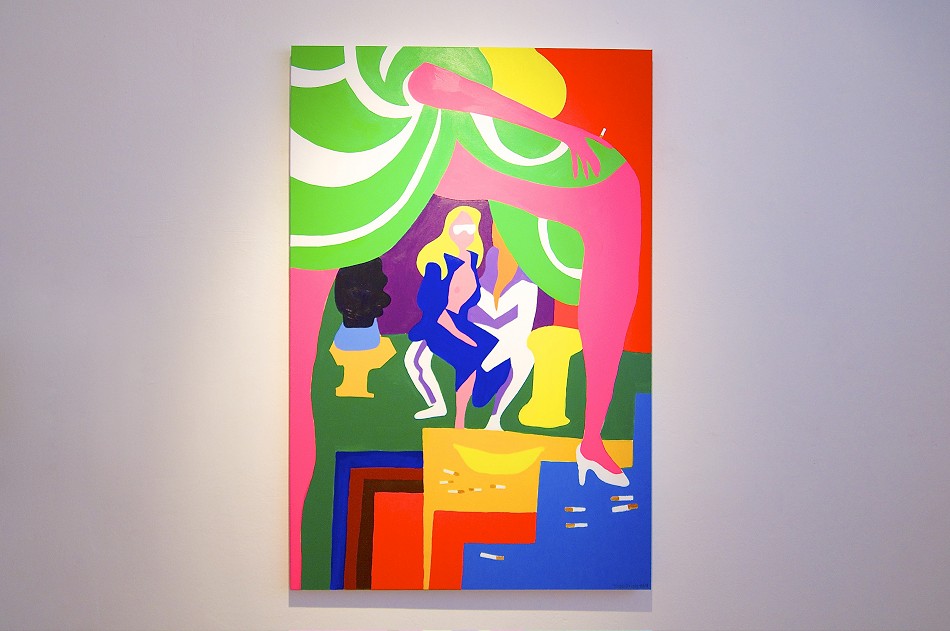 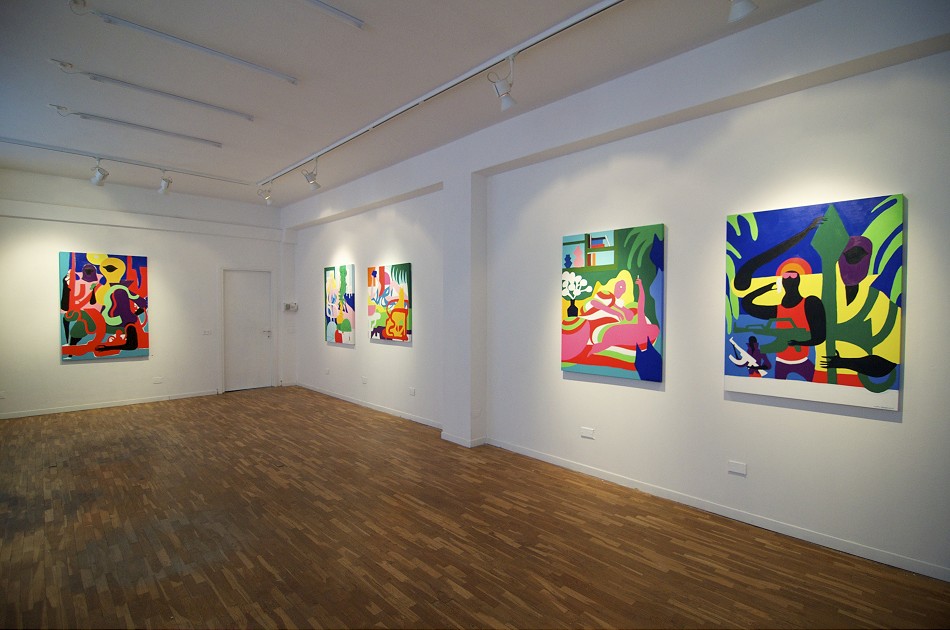 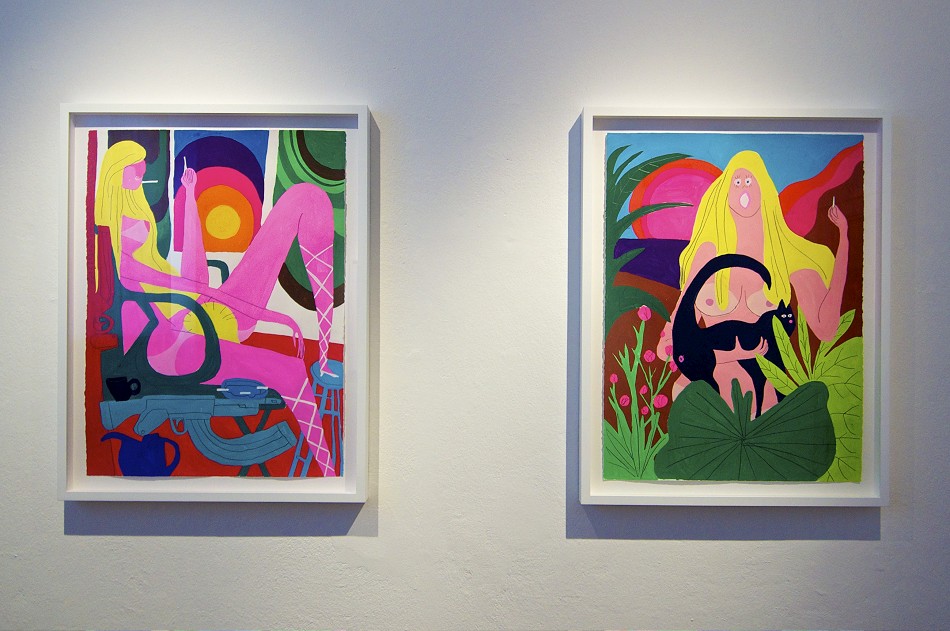 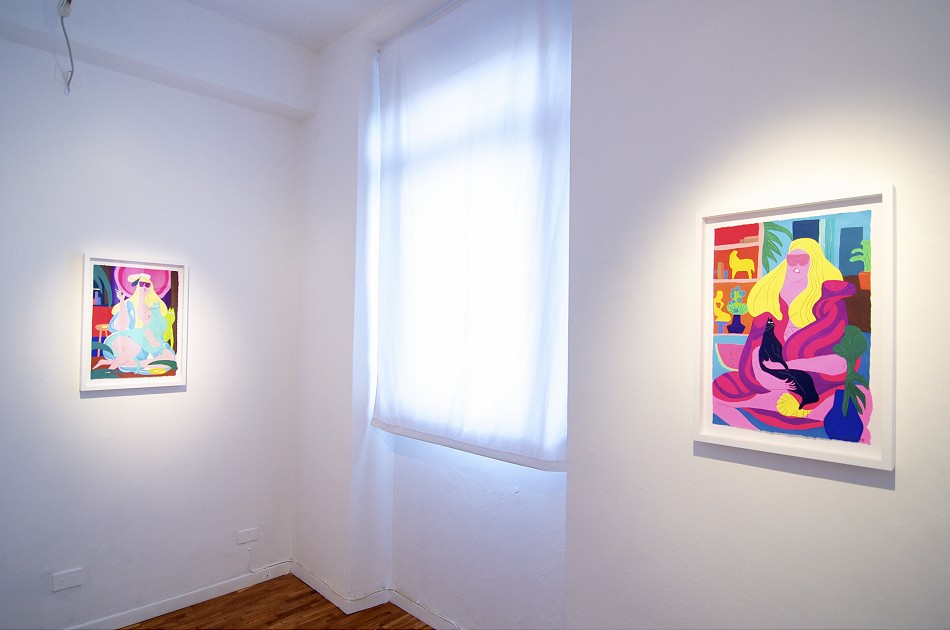 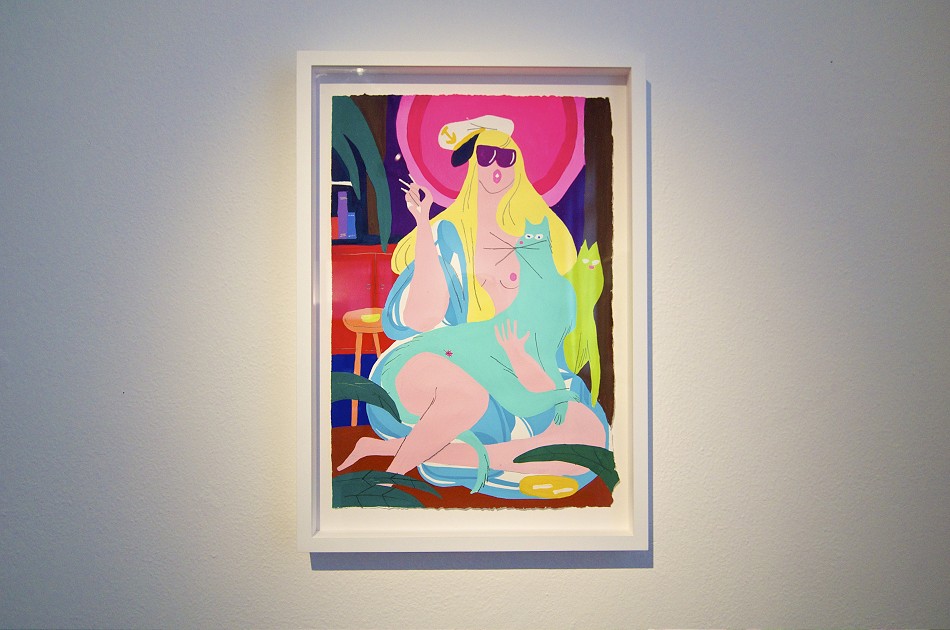