The unique works of Christian Rex van Minnen are being introduced to Danish art lovers through his current exhibition titled Glazed and Confused at Gallery Poulen in Copenhagen. Opened since the 9th of May, the show includes a new series of van Minnen’s oils on canvas and panel, as well as entire new series of monotype unique works.

The work of the Brooklyn-based artist is influenced by the old masters and their familiar techniques and styles. After mastering the traditional technique of oil painting, matching the light, texture, depth and every other element of classic paintings, van Minnen started exploring the technique even further and exploit it’s possibilities. Painting both classic portraits and still life images, his works are both beautiful and meaningful as well as grotesque and meaningless at the same time. By mixing impeccable photo realistic parts with incredible surreal and abstract elements, his imagery makes the viewer feel as if they are visiting a traditional art museum while under the influence of a hallucinogenic. His portrait models are wearing the right outfits, have the right posture, the right light, background and composition, but their faces are disfigured, covered in tattoos, melting, or have parts of cartoons or foreign tissues in them. At the same time, his still life images include colorful flowers, sitting on a marble stand or table, but also have parts consisting of things like unknown slimy substances, meat, bubbles.

The second body of work introduced at this show are unique monotype pieces that he has been producing with his own etching machine after learning the process at an Artist in Residence at the Anderson Ranch Art Center in 2011. First planned as works that would replace drawing in his process, these pieces took on a direction of their own. Being somewhere between a painting and a print, these are all unique, non-reproducible works. His current technique involves classic pressing, but also, the use of stencils and running the same sheet of paper through the press twice, which is where the colorful, psychedelic figure prints come from. He plans on “continuing to show them along side paintings, as the two mediums inform one another and are complimentary”.

Not defined by time, logic or reality, it seems that van Minnen’s work is literally melting and ripping apart the borders between every concept or style. His newest body of work will be on view until the 7th of June 2014 in Copenhagen. 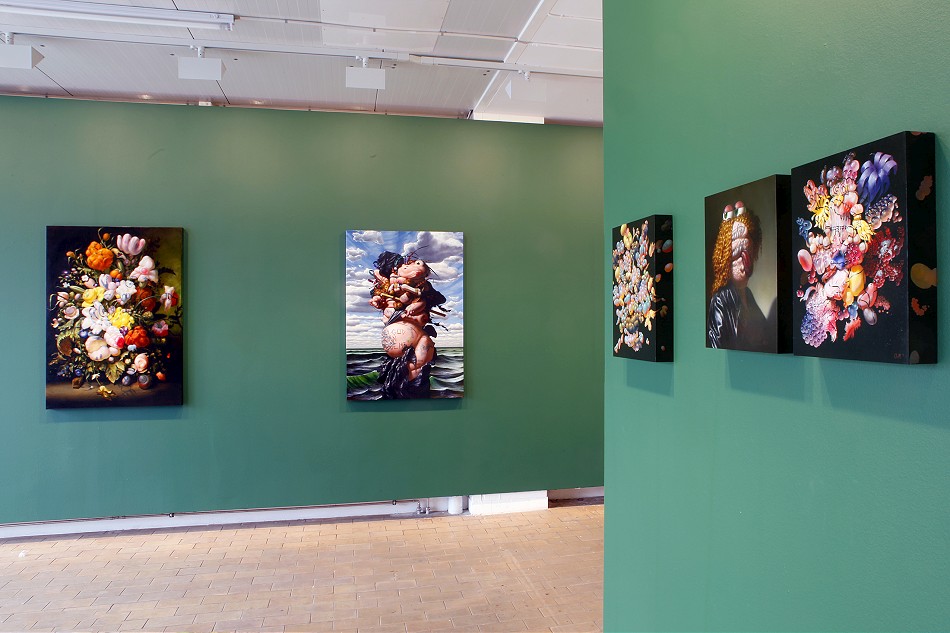 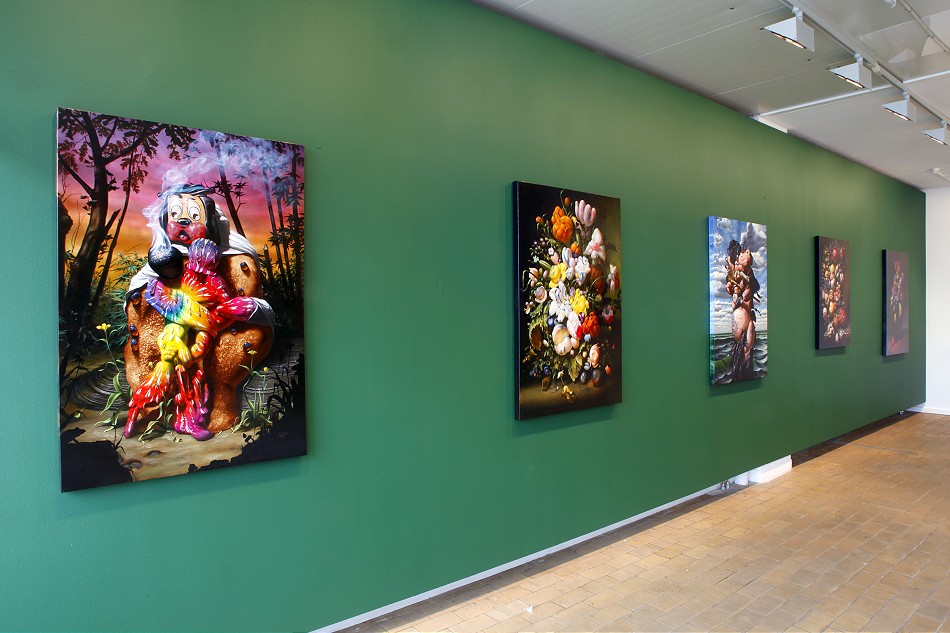 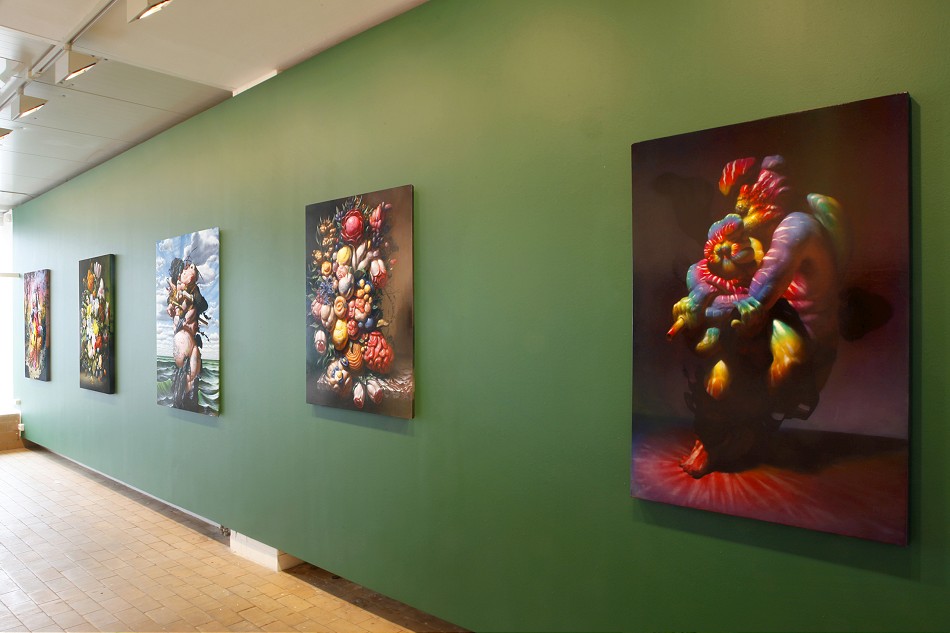 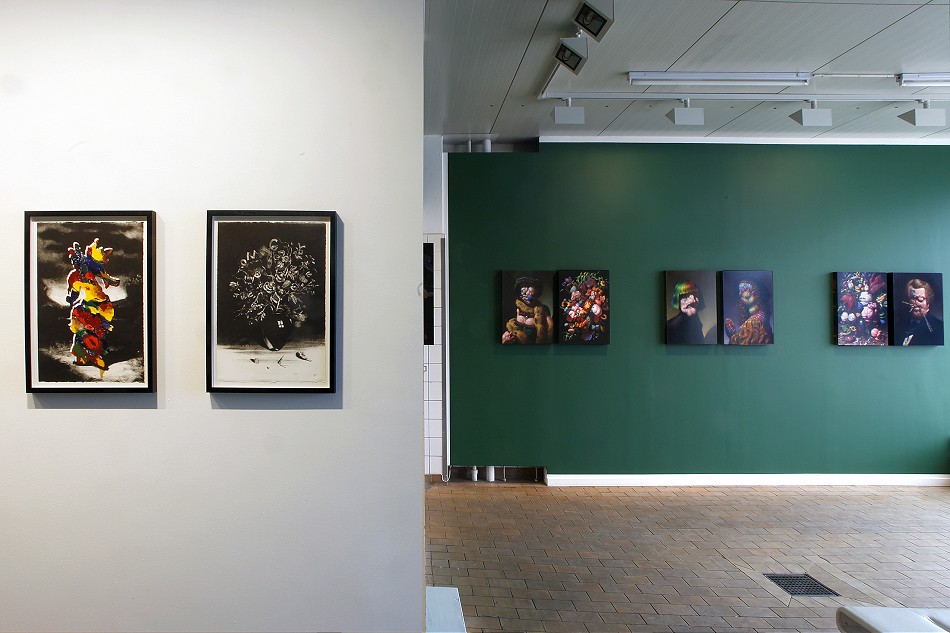 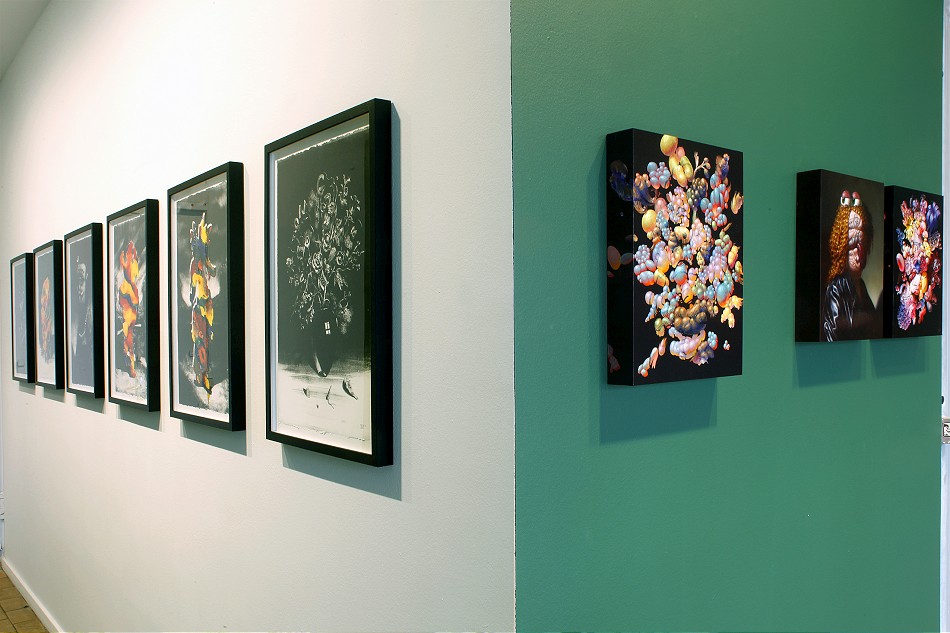 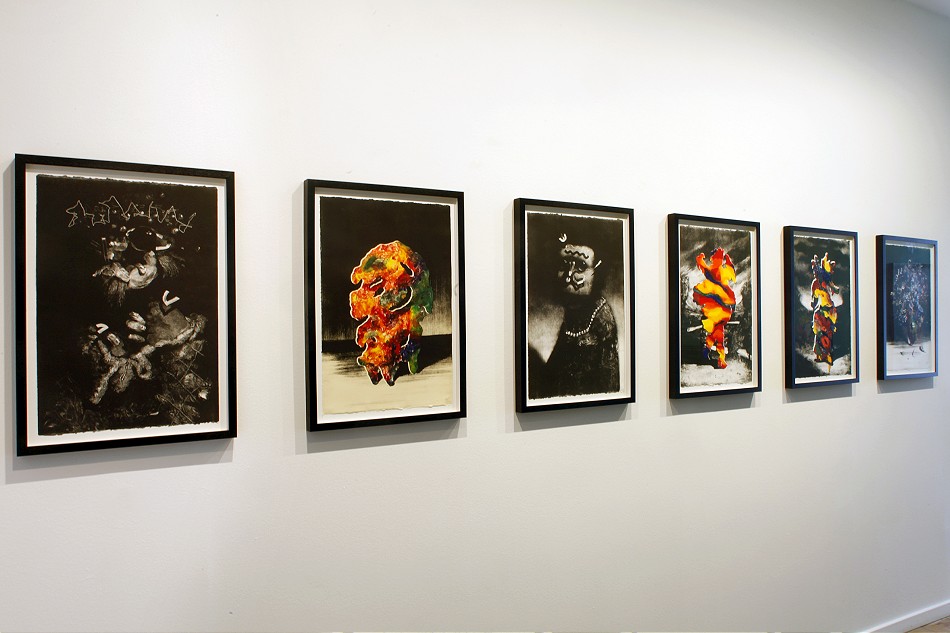 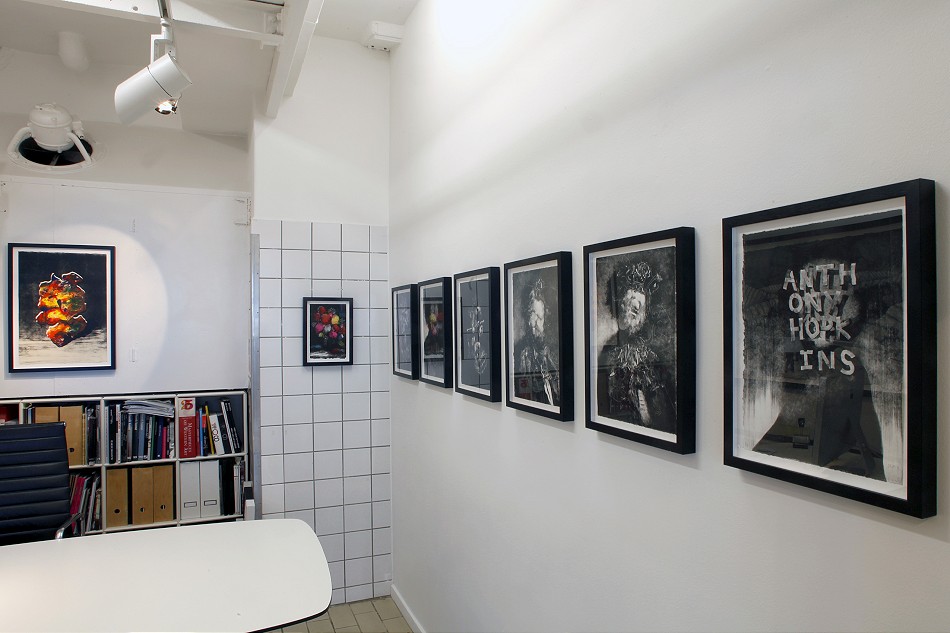 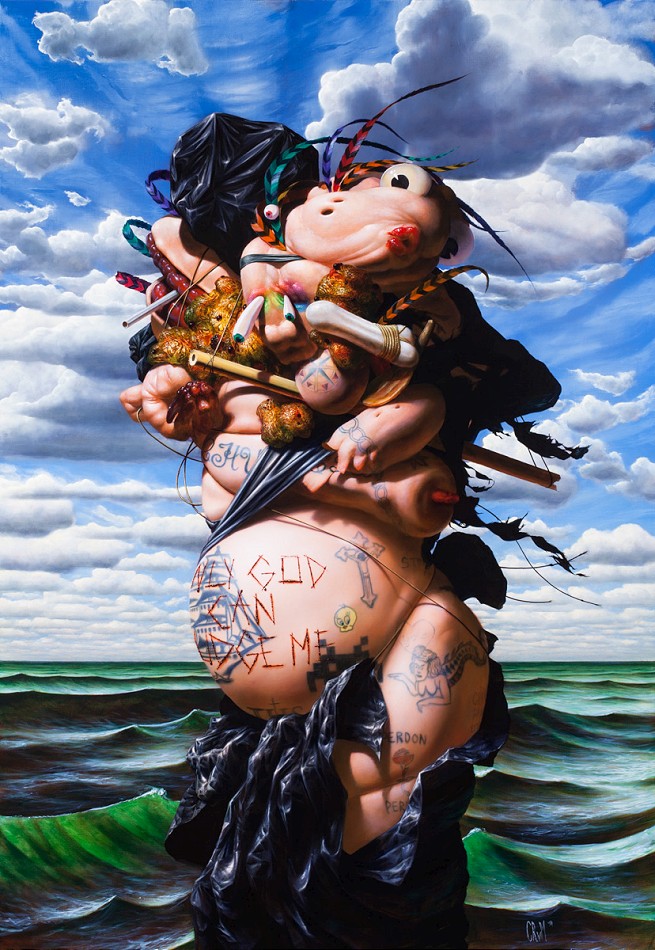