Berlin based artist, Daniel Weissbach, recently opened his solo at Ruttkowski;68 in Cologne, Germany. Titled Stellen (to set, to put), this show included new pieces from his ongoing series of works focused on taking apart of real, everyday places, and reinventing them in an artistic context. By mostly creating isolated sections of tiled walls, his prime idea is to show and put accent on the spaces between the tiles, where life leaves marks that are hard to remove. It’s these gaps that observed from a distance reveal the image he is intending to show.

His works are balancing on the thin line between painting & sculpture, and are entirely created with classic artistic tools. By using canvas and acrylic paint, he creates these realistic tiled objects with all of the materials included. This method allows him to play with usually strict geometric patterns, and to dissolve, displace and transform them into something more abstract but still familiar to the eye of the observer. The show opened on February 7th, and will be on view until March 23rd, so check out the interesting and unique conceptual works if you’re in the area. 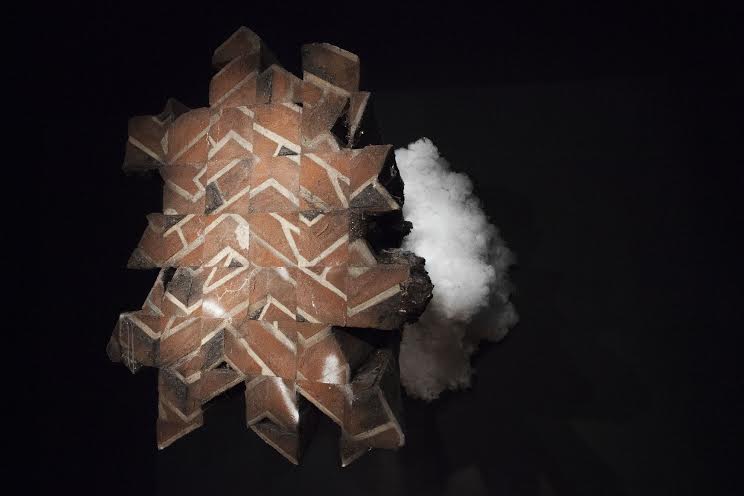 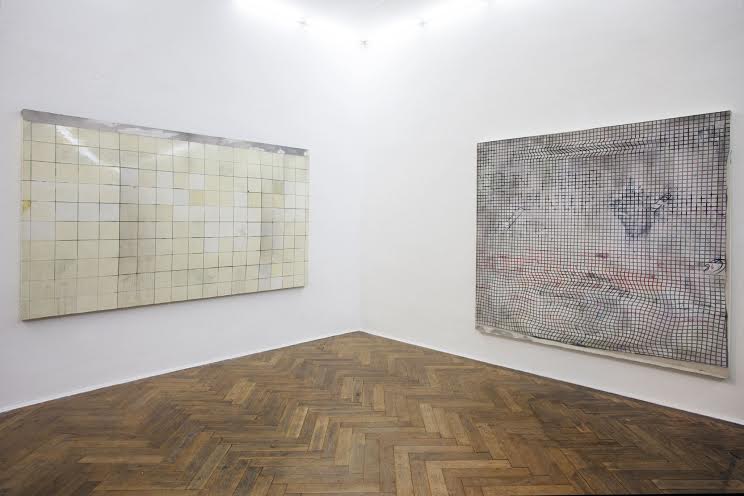 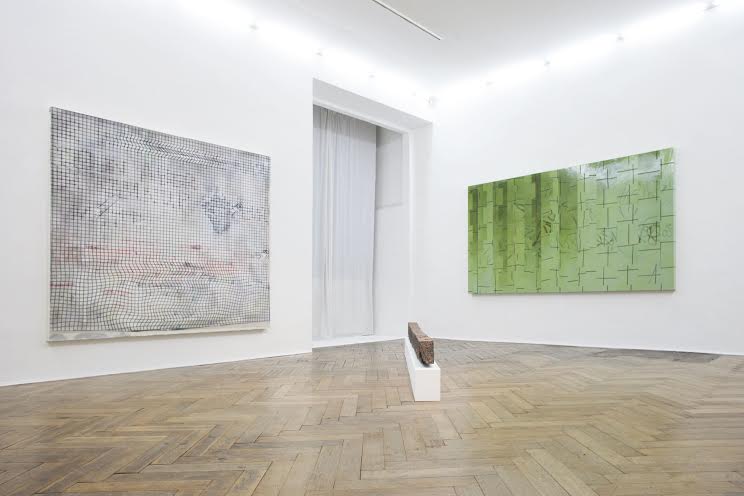 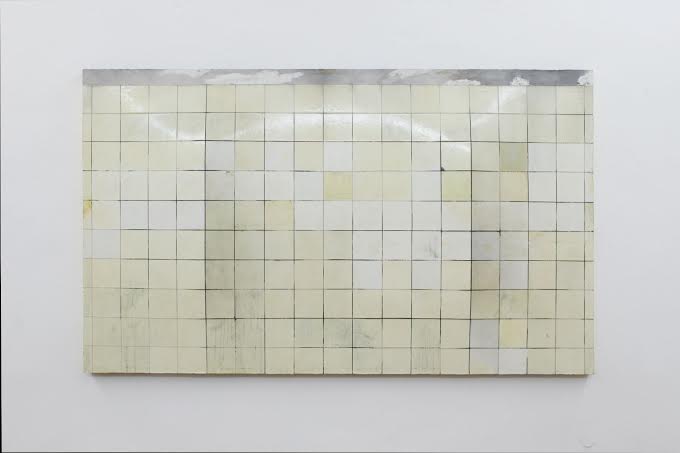 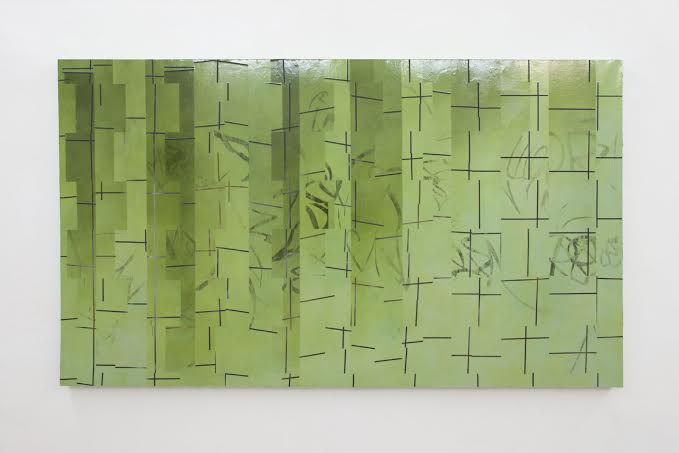 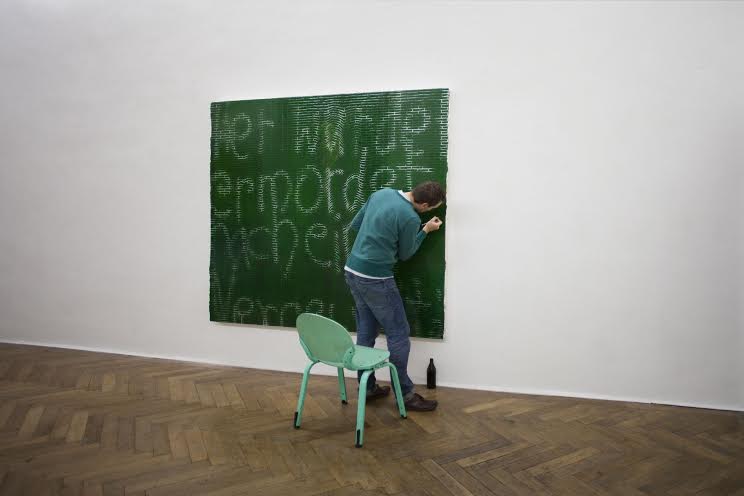 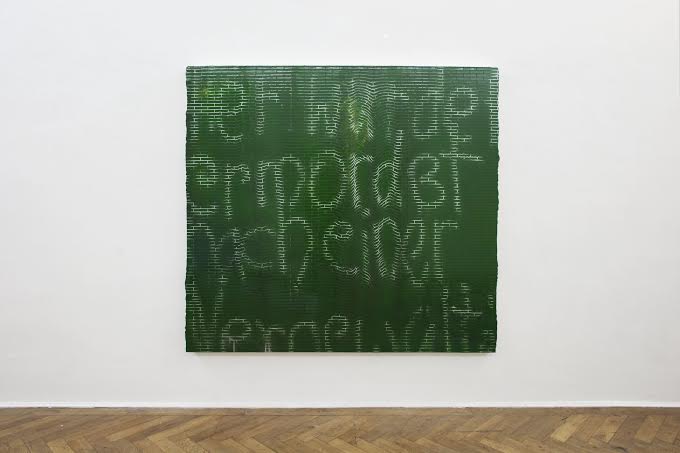 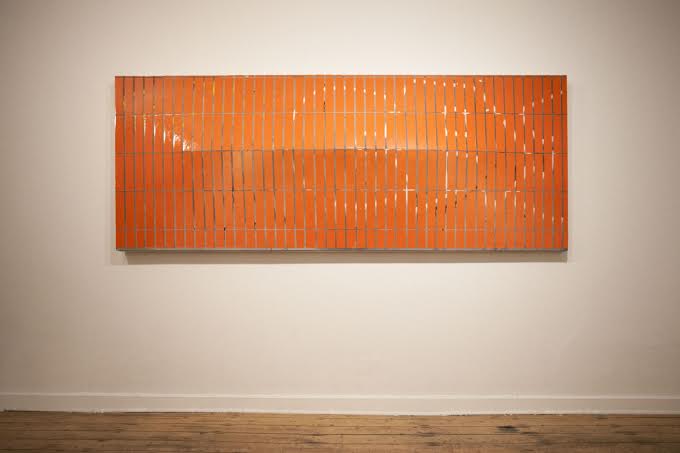