Howard Griffin Gallery recently continued its busy 2014 schedule by opening a solo show by Pablo Delgado. The Mexico-born artist is a well known figure in the London street art scene due to the recognizable miniature works that he’s been creating around the city for years. For this exhibition entitled Even Less, he tried to present his continuous idea of saying a lot by showing very little.

While bringing these tiny pieces into the gallery space doesn’t sound like a difficult task, it was exactly this that was the biggest challenge for the London-based artist. The fact that the placement of his work and the involvement of surrounding elements is often the key part of his pieces made this show a bit of a test for him. But, in order to overcome this obstacle, the artist took another point of view and built an entire installation in the gallery by modifying the “public space” exactly the way needed for his pieces. Knowing that his miniature works often turn the surroundings into a negative space of the image, this approach turned out to be a huge success, as he was able to play with the light source, perspective, and achieve effects that wouldn’t be possible with public works.

The entire show was divided into two parts – one showing works on paper, as well as the editions released especially for the event, and the installation space showing “tamed” street works in a “new light.” Both parts of the show presented pieces that often tell deep and unfortunate stories through tiny characters, pop culture elements and symbols, while accenting the most important parts with the use of bright colors. The elements of his works are often taken from other more familiar pieces, and abstracted them into a new setting and composition, forming a completely new story and image.

From sculptural works, to shadow pieces and a big installation with peep holes, the show is everything but ordinary in the gallery setting which needs to be seen in person for the full experience, which can be done until 8th of June. 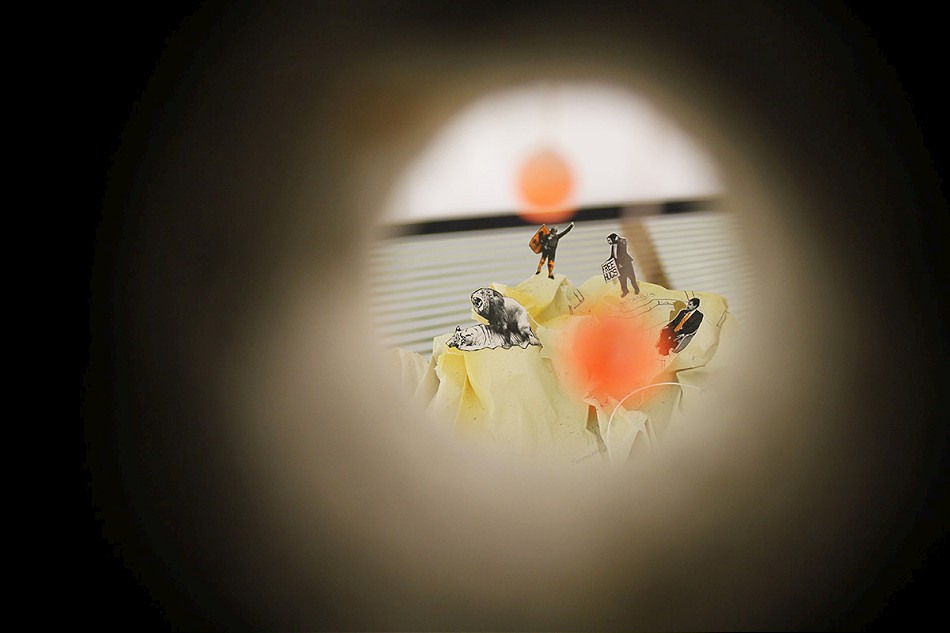 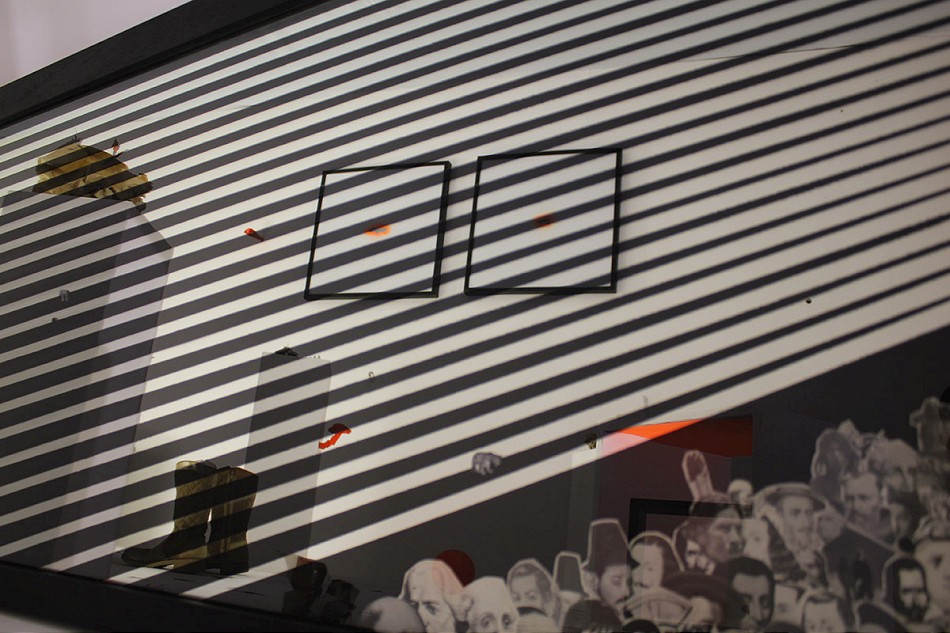 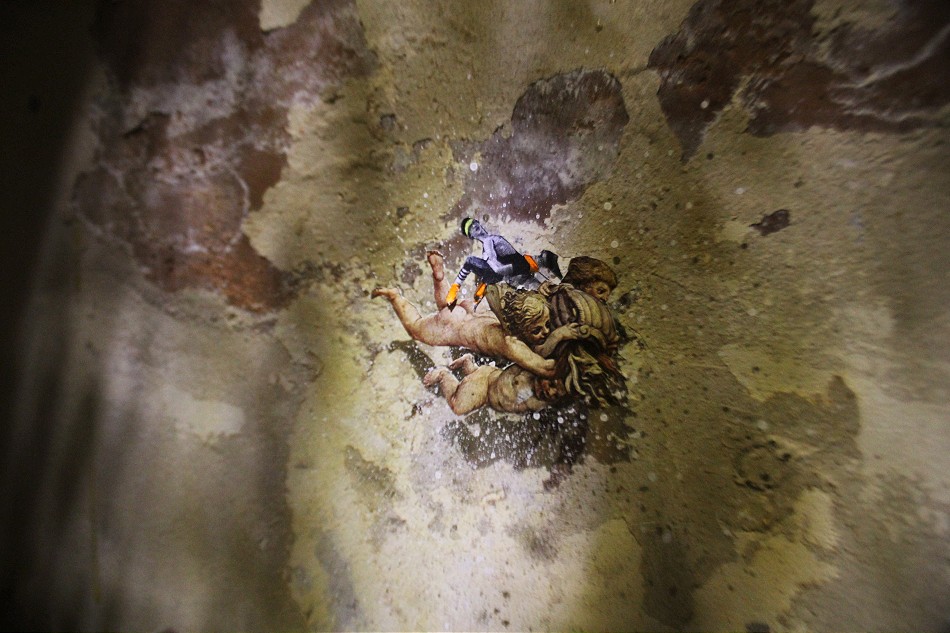 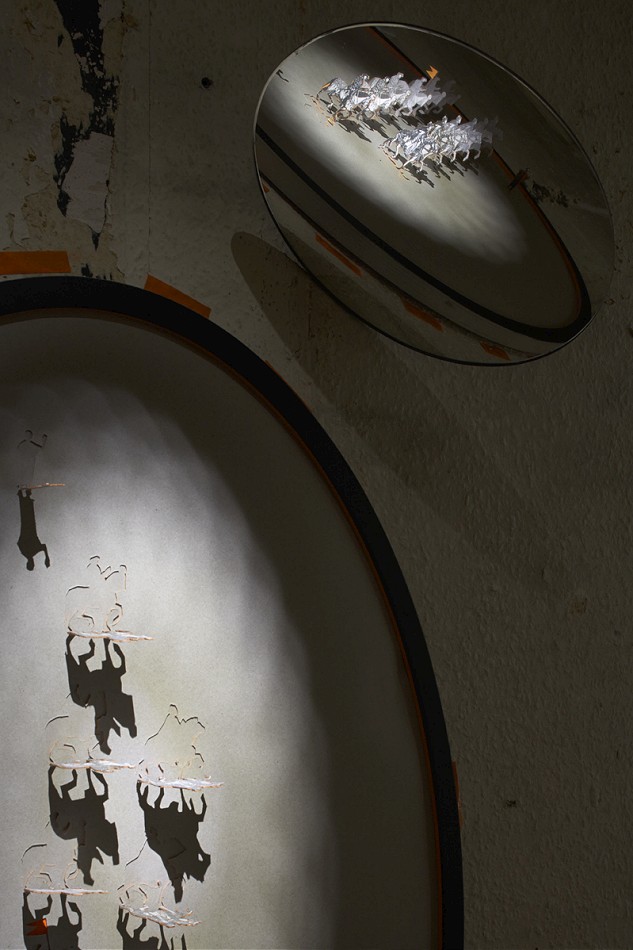 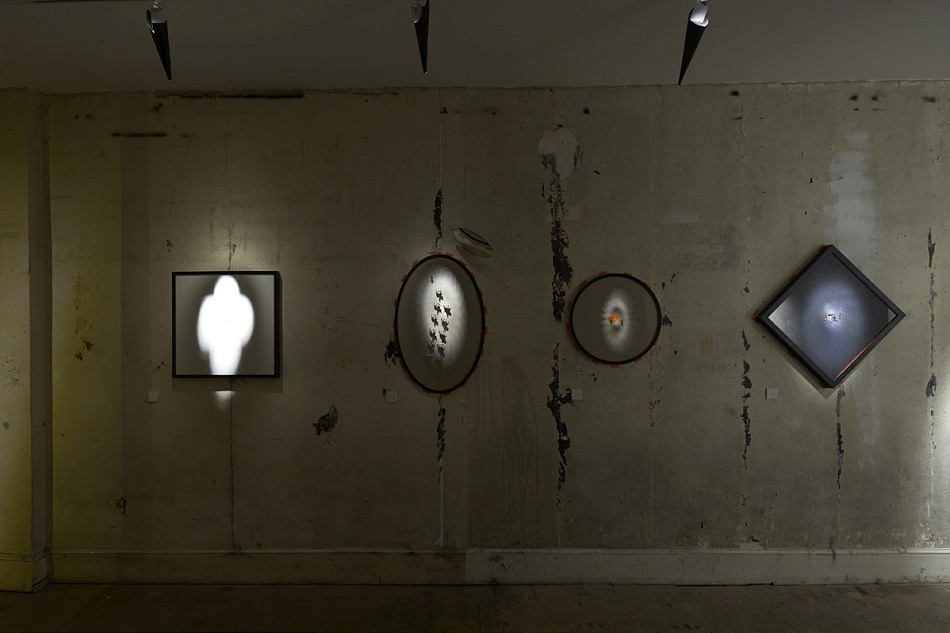 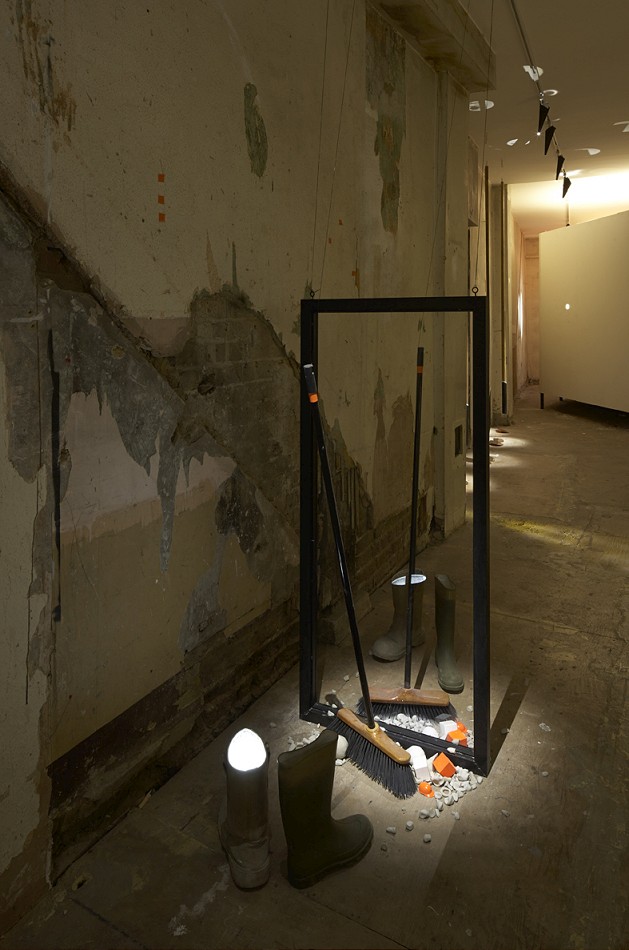 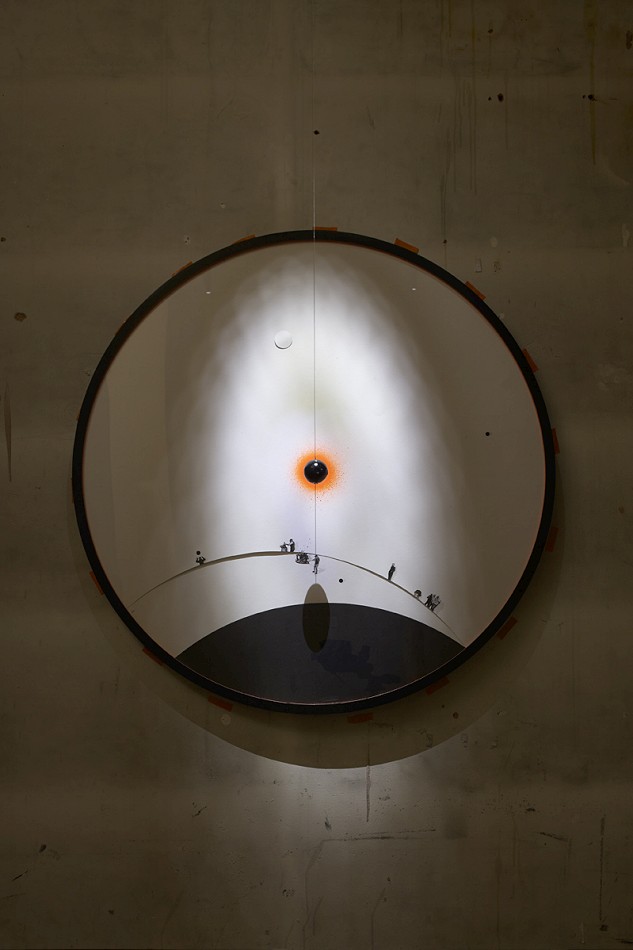 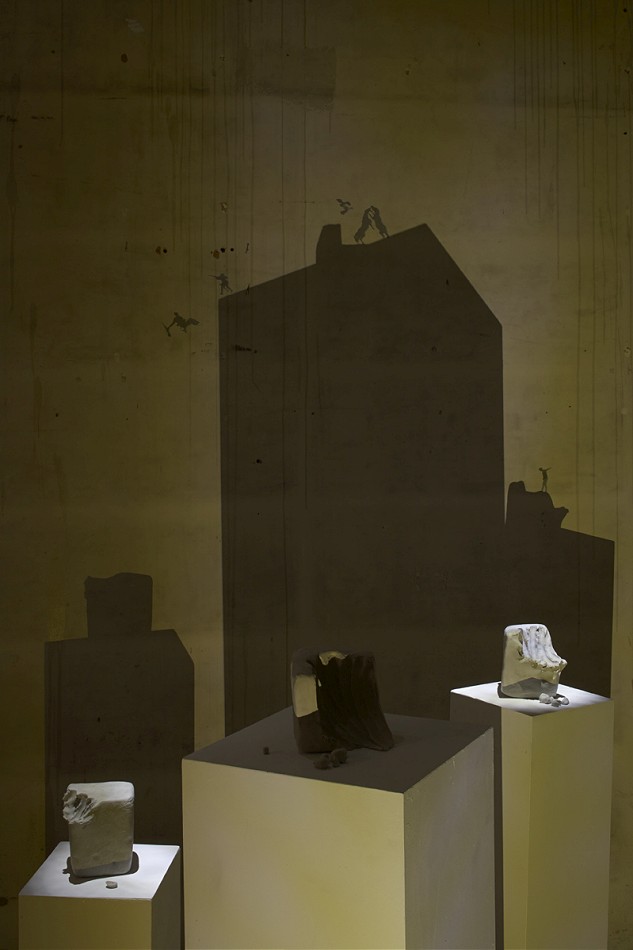