London art lovers and especially street art lovers, have a great opportunity to visit the first ever gallery show by one of the very first street artists on the old continent, Thierry Noir. Some 35 years since this French-born artist moved to divided Berlin, and started painting the its infamous wall, Howard Griffin Gallery opened his debut show A Retrospective. The artist whose murals became some of the most iconic imagery of the notorious wall, introduced his newest works through an impressive show setup.

For this exhibition, new massive brick walls were built inside the gallery space representing Noir’s “workspace” that he was painting on for 20 years. The large canvases displayed on these raw, grey walls make a great connection between his murals and these new, indoor works. The new paintings Noir created for the event feature his familiar images that can still be seen on some existing parts of the wall in Berlin, as well as on some exhibited and auction-sold parts of it. His big profiles, characters with flowers or music instruments, as well as some animal pieces, are painted with bold black lines, basic colors, and in a very playful, almost naive manner. It’s this sincerity and simplicity in his works that always drew attention to it, which works even better on these canvas works. Along with new canvases he created weeks or months before opening, one of the pioneers of street art also introduced a new series of limited edition prints that were released exclusively for the show. Both new artworks and new editions will stay on display until 5th of May, so make sure you check it out if you’re visiting the British capital. 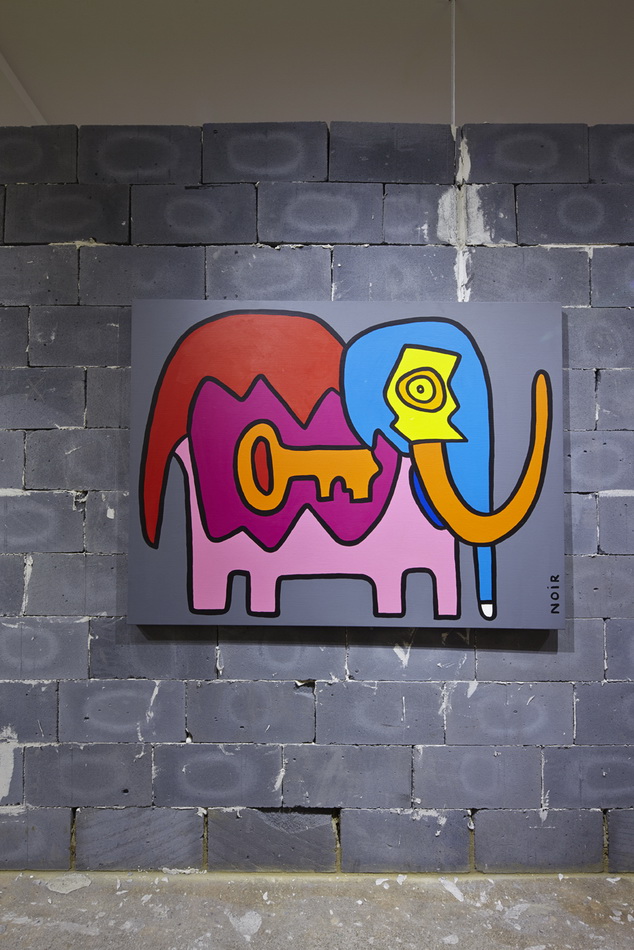 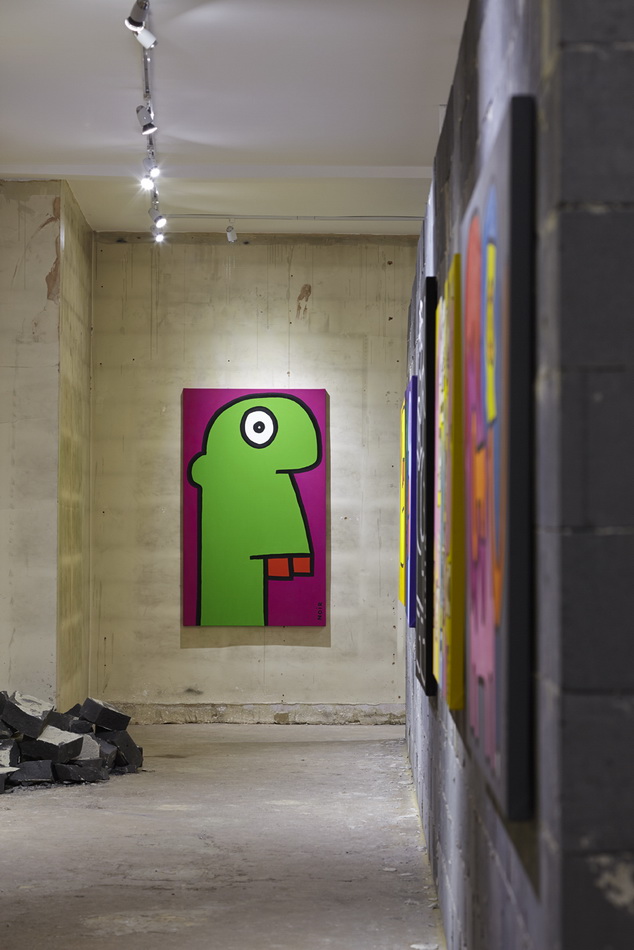 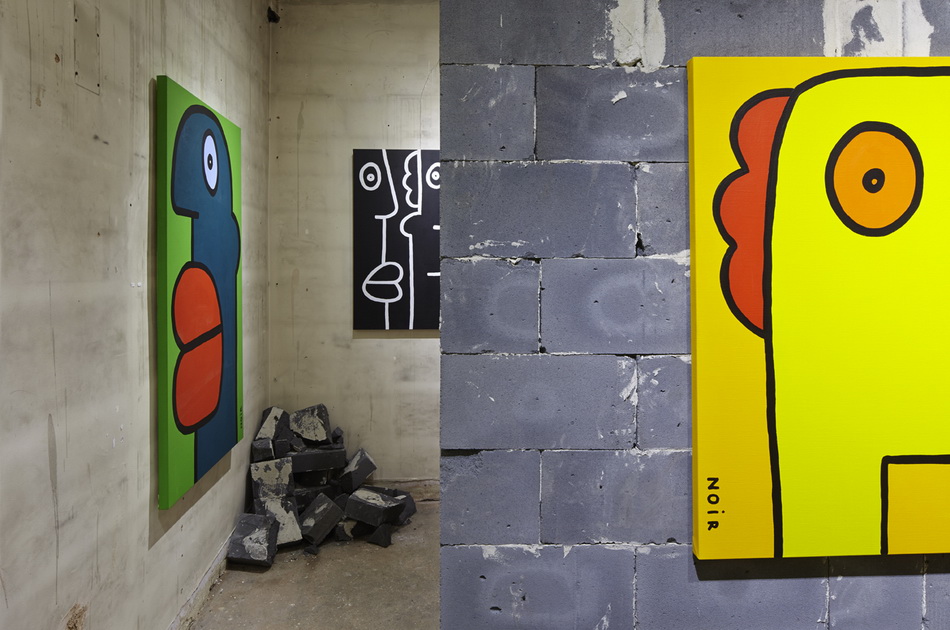 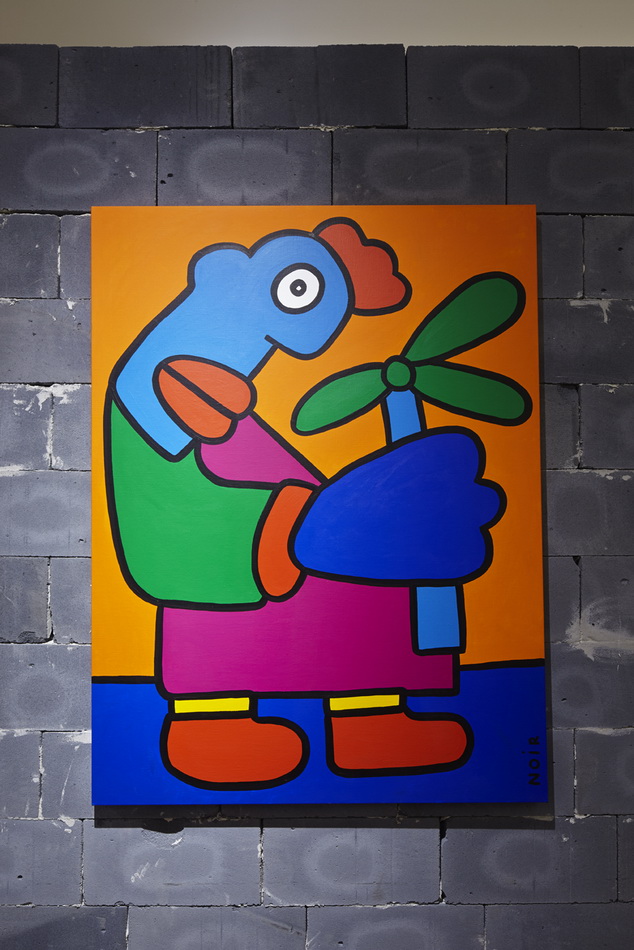 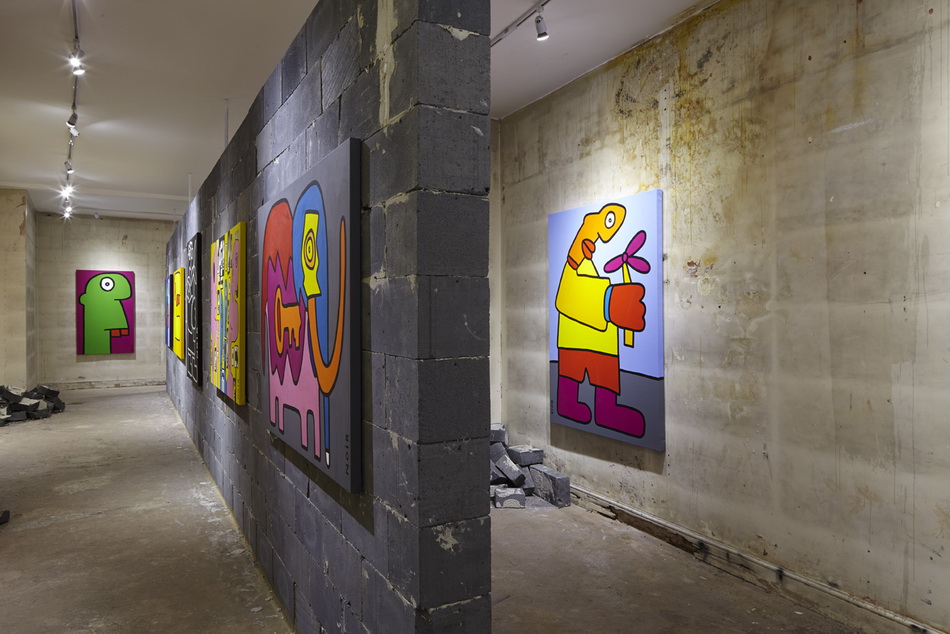 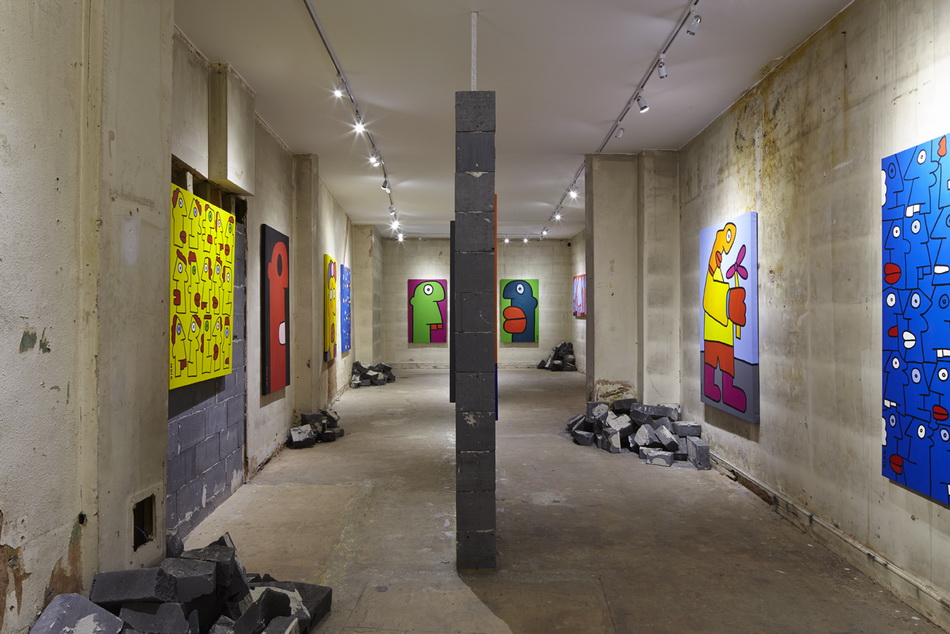 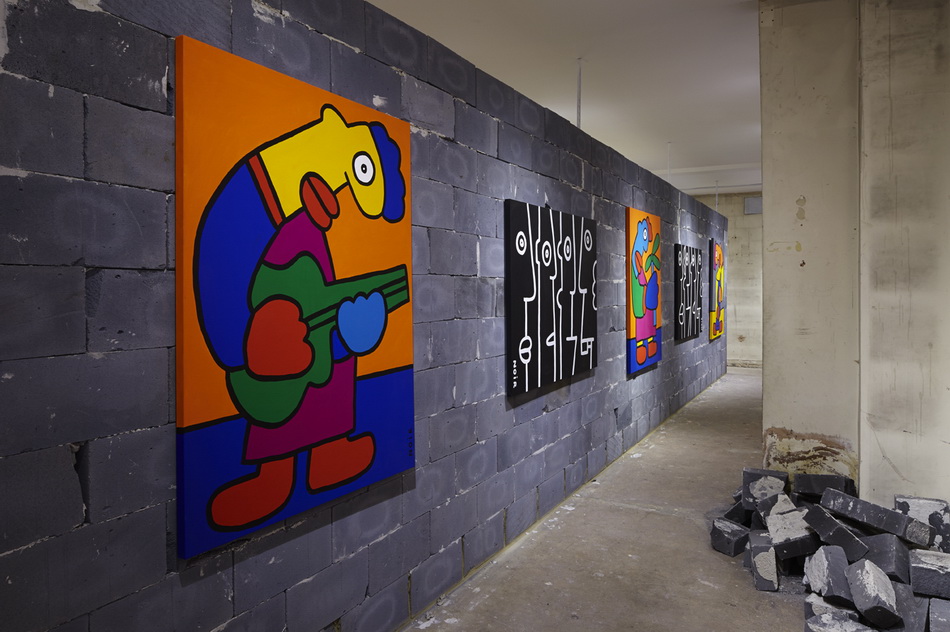 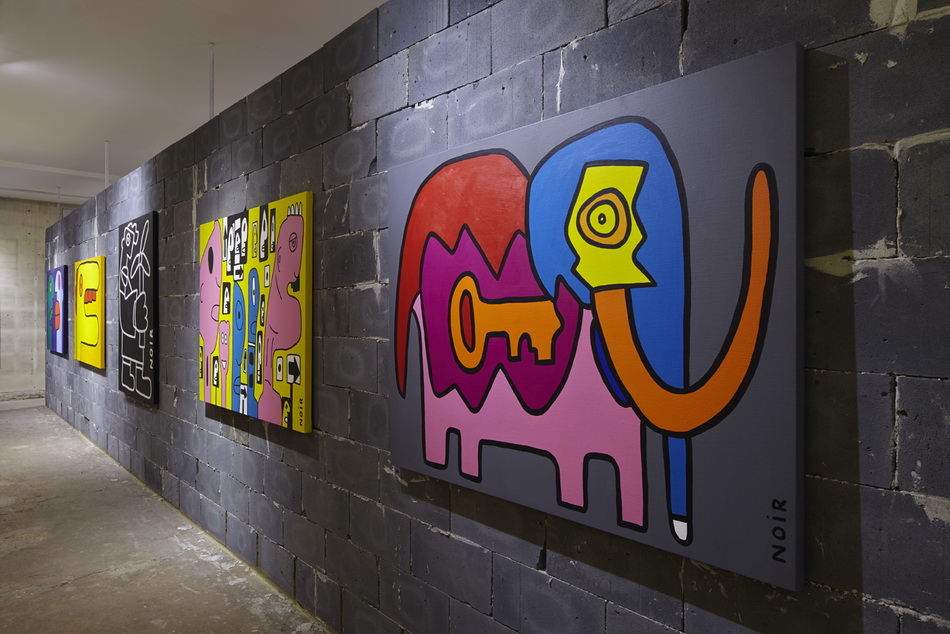