After recently hosting a debut solo by British street artist Phlegm (covered), Howard Griffin Gallery in London is about to present another debut exhibition by another street art legend. On April 4th, a retrospective will open  from French artist Thierry Noir, one of the first artist that started painted Berlin Wall back in the 1984 with an idea “to transform it, to make it ridiculous, and ultimately to help destroy it.”

Thierry moved to Berlin in the early 80s and was influenced by the strong underground scene there. Living in a squat that was facing the notorious wall, he started painting it and creating bright colorful images influenced by the works of Picasso, Miro, Leger, Manet, Monet, Basquiat and Haring. By the end of his 20 years in the home, he painted miles of the wall, and some of his images became landmarks of the city.

Thirty years after he started painting, he is proudly opening his first ever gallery show, even though some of his works have found their way to auctions and collections around the globe in the meantime. The showing will feature new works on canvas that he created especially for this event, as well as limited edition prints that the gallery is releasing. Featuring his signature flat, cartoon like portraits and characters, with thick black lines and solid color fill ins, each of these works is “the very embodiment of 1980s Berlin,” an important memento of that cultural era, and a little piece of street art history. 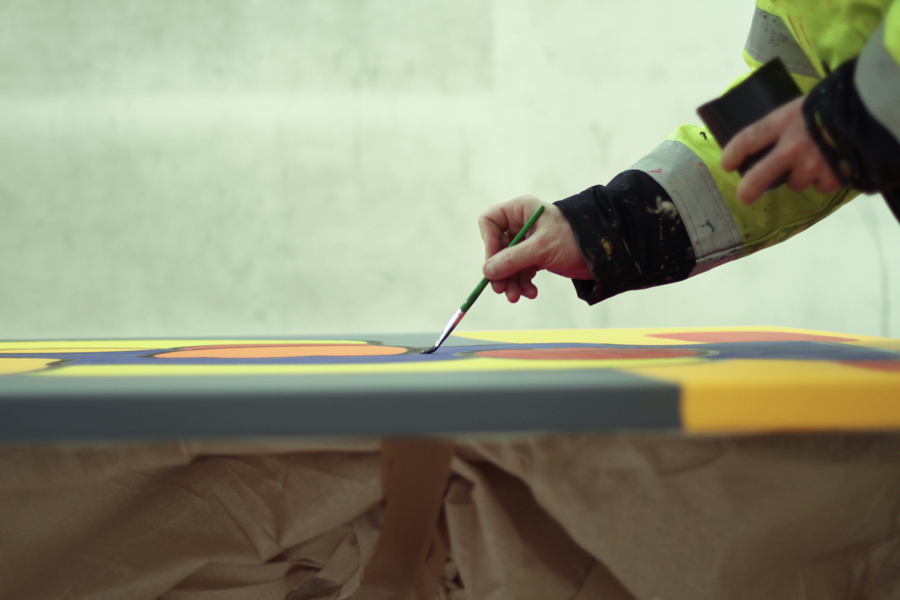 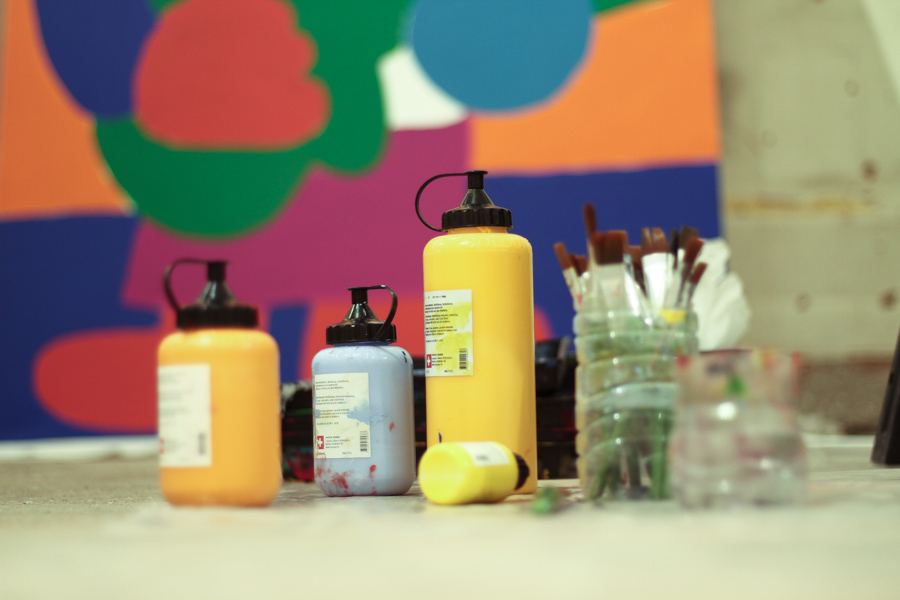 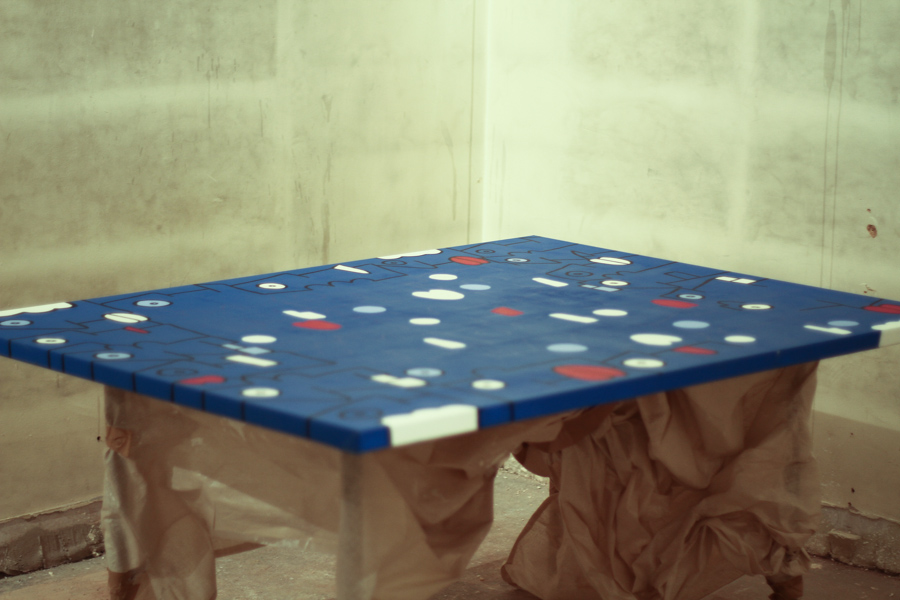 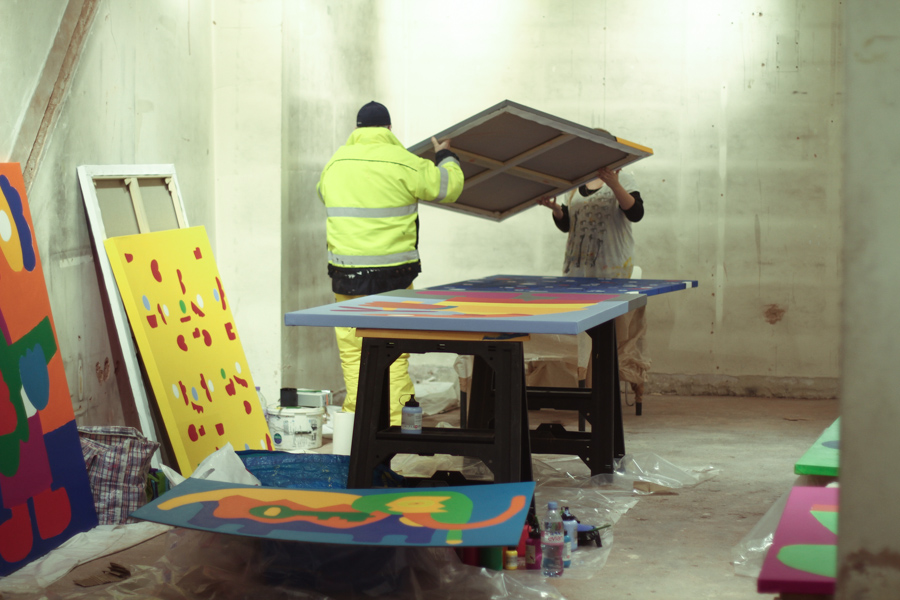 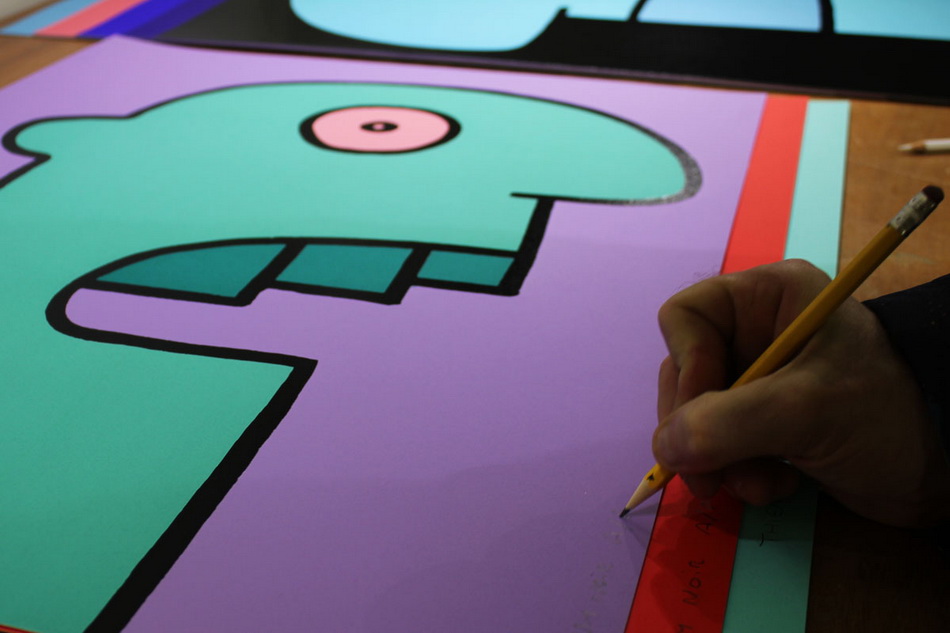 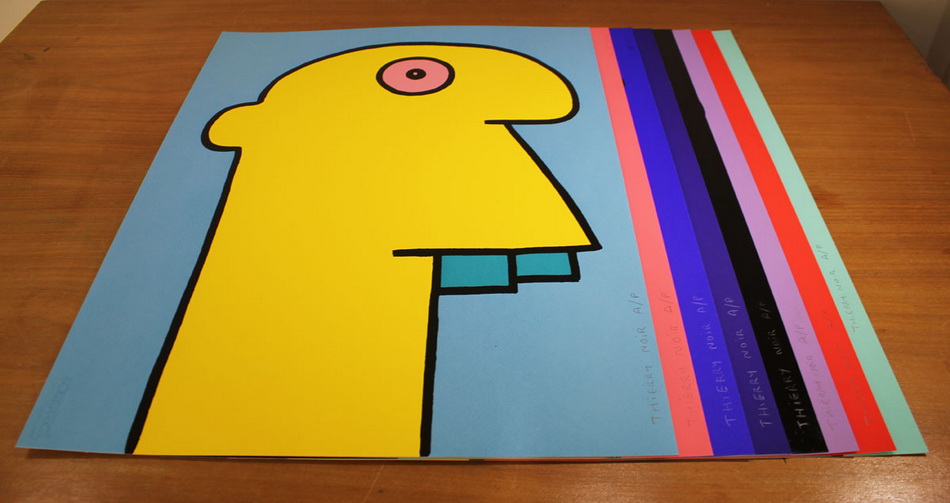 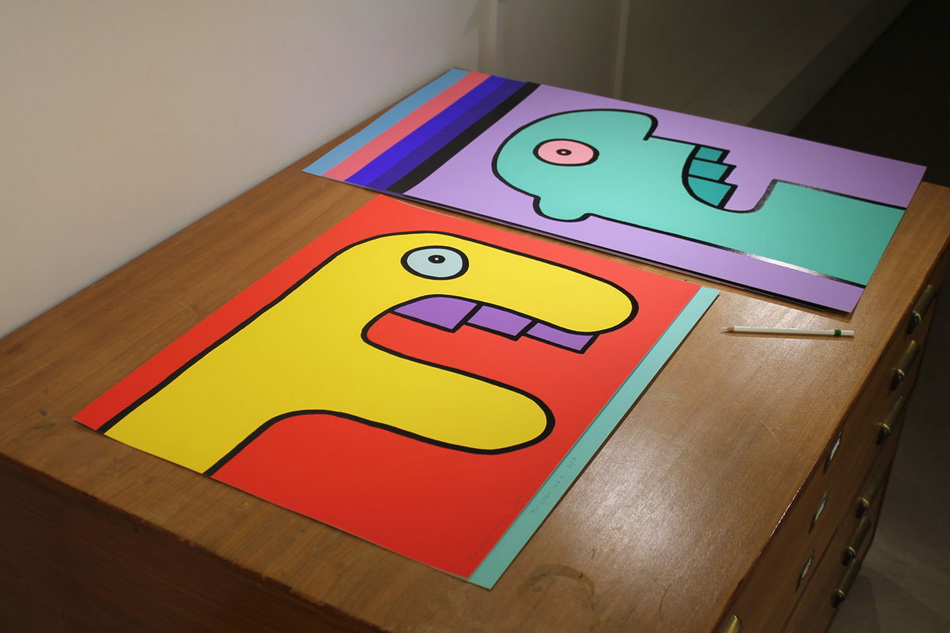