Aakash Nihalani, whose artistic career took off after he picked up a roll of florescent tape and started creating geometrical interventions in the streets, recently released a series of photos documenting his latest series entitled Landline. AM put some questions to the Brooklyn-based artist about the new work among other things. Read his answers below as well as enjoy some shots of his latest efforts on the streets of NYC. 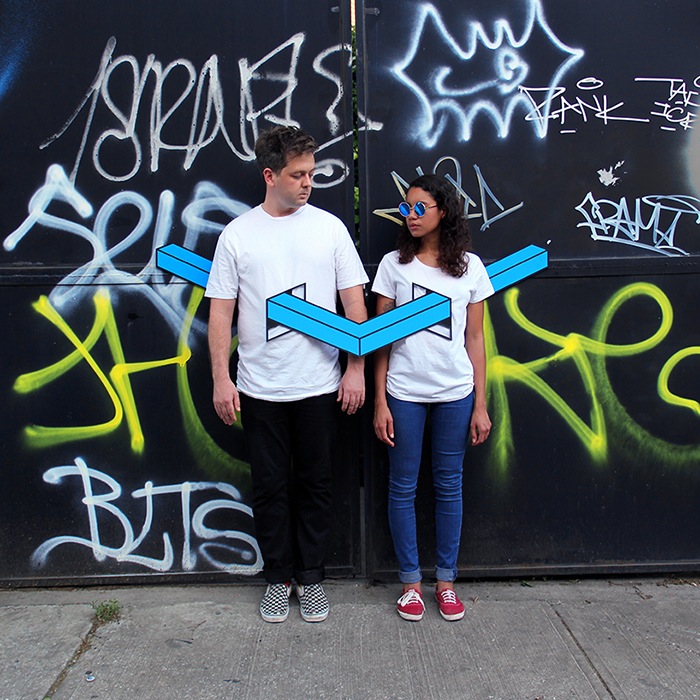 Arrested Motion (AM): Can you tell our readers a little bit about your background, personally and in terms of your career?

Aakash Nihalani (AK): I took my first breath in Little India (Jackson Heights, Queens) and moved to Jersey a couple years later with my parents and older brother. Spent a lot of time collecting rocks as a kid and wanting to be a magician.

Halfway through NYU I found myself more interested in painting on trucker hats and canvas sneakers than passing my political science classes, so I switched to fine arts degree. Motivated for the first time, I was impatient with the process of making paintings alone in a studio and then packing them away in storage. Near the end of school I picked up a roll of tape and started making ephemeral lines outside. I got addicted to the spontaneity of the work and its immediate dialogue with an audience. 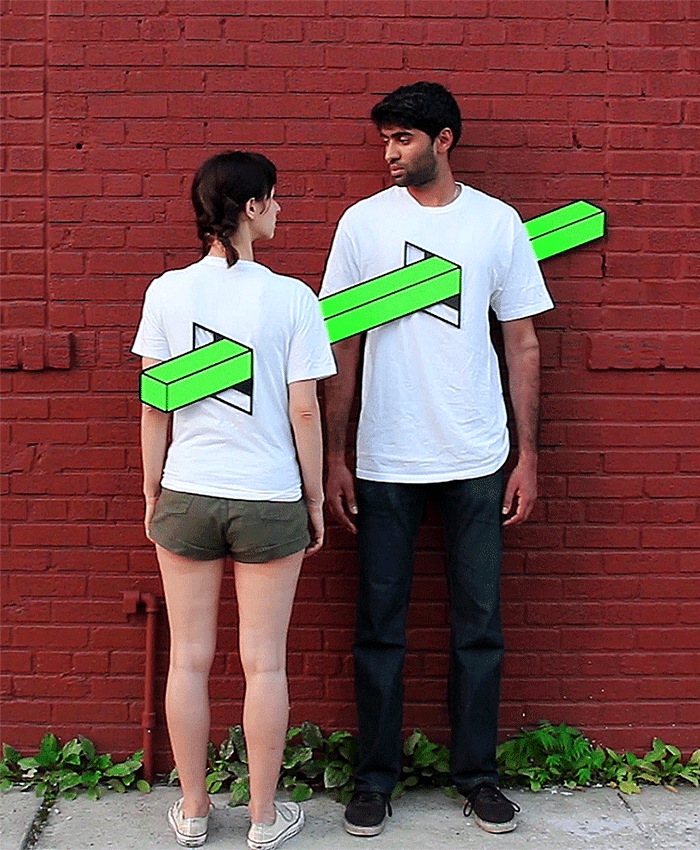 AM: Tell us a little about this new series of work called Landline. Like we often have seen in your work in the past, you often create pieces that are photographed incorporating people, which is something we find quite interesting.

AK: Most of my outdoor works invite interaction with people and their environment. I document the work with a camera, so the pieces live temporarily outside but forever online.

Landline is a series of performative installations. Colorful bars pass through individuals, connecting them to each other and functioning as extensions of the urban landscape. The participants examine their own insides and connections, a visual expression of both the isolation and community I often feel living in Brooklyn. We spend so much time existing in virtual reality, these works are a visible connection to the real world. 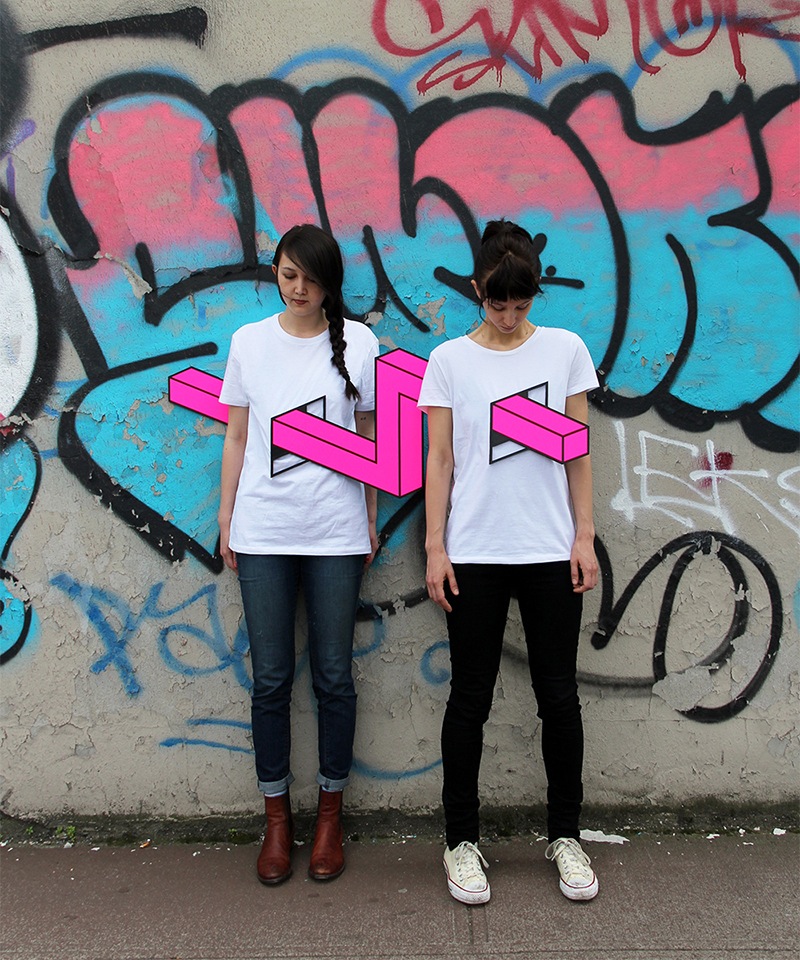 AM: When we first started following your outdoor tape interventions back in 2008, we were wondering how you would take your ideas indoor. Sometimes it is hard for a street artist to make the move to gallery work but from what we have seen, this has not been a problem with you. What is it about your work or background that allowed you to make this transition seem almost seamless, and what was your philosophy behind it all.

AK: At first, it was a challenge because I had been interacting with outdoor environments and then had to contain it into an object inside a white room. Paintings can be constricting in that they are often made by placing shapes and colors within the logical confines of the canvas. For me, it’s more fun to make paintings that respond to the canvas spatially, as an object in itself. I’ve been ‘sculpting’ on and around it as an architectural element, expanding its spatial limitation and perceived flatness. For my recent show in Rome, l left the canvases white and magnetically attached flat cut out shapes of corrugated plastic wrapped in painted canvas. These attachments, when placed in a specific orientation, gave the appearance of isometric bars shooting through the face of the frame. 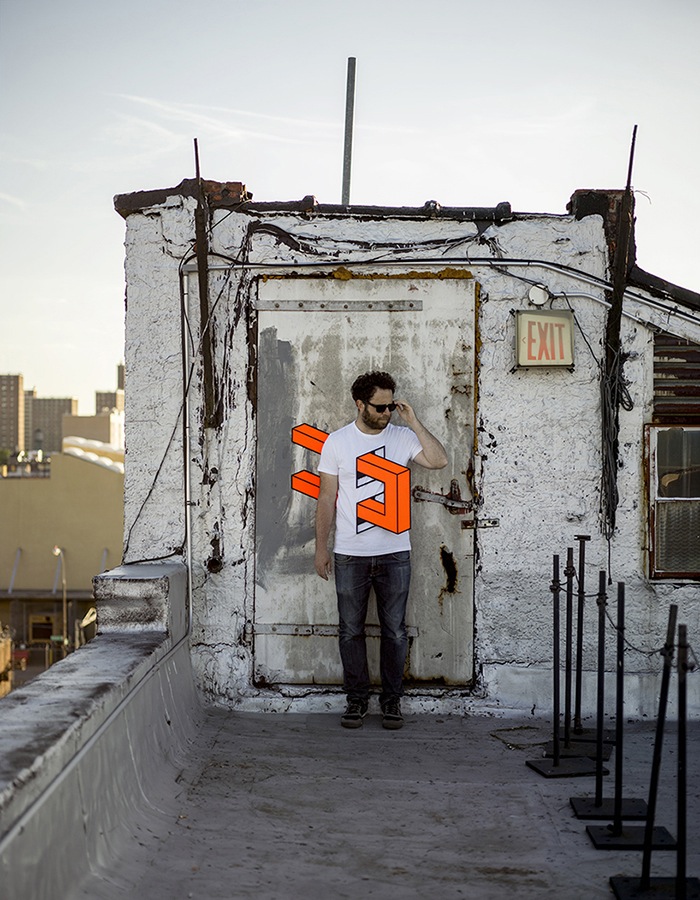 AM: The optical illusions and plays with perspective seen in your work, and in the current series, seem to play a big part in your imagery. Can you elaborate on this?

AK: Though there is a physical flatness to the work, a specific vantage gives the form a sculptural quality and the appearance of being three dimensional. The works live in a playful moment of surprise when the perspective clicks for the viewer as they’re passing by. The space around the work becomes an opportunity to experience a new reality in which the viewer can move inside or actively observe from out.

The way we interpret what we see is the foundation of how we perceive art, and the world around us. I’m curious what a momentary shift in perspective can do. 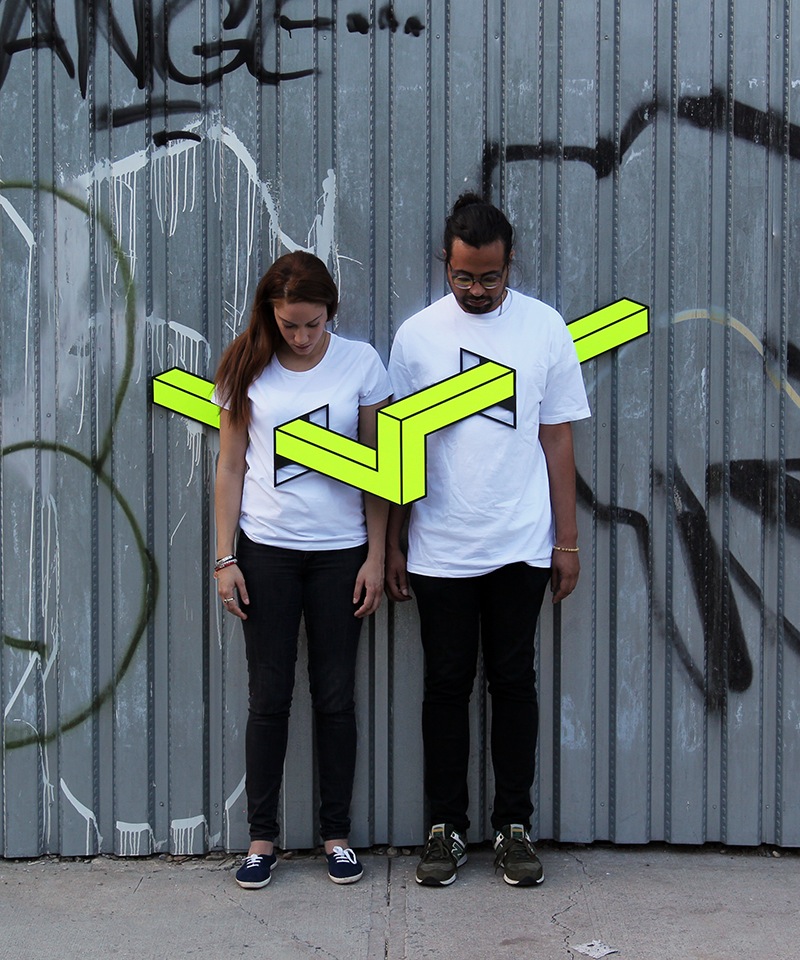 AM: Tell us a little about your process. Do you sketch things first? It seems that with the geometric shapes and lines, the computer would be a nice tool to use as well.

AK: I use screens as my main sketchbook, which has allowed me to translate my work into mediums like laser cut aluminum and routed wood…but sometimes I still need a pencil and paper when forming a new idea.

AM: Do you have any other projects of shows coming up that you can share with your fans?

AK: There’s a 200 ft mural you can check out while waiting in line to see the awesome exhibition by Kara Walker at the Domino Sugar Factory.

Landline will also be on and off view throughout the summer on corners around NYC.