Favio Martínez aka Curiot is opening his first solo show in his homeland at Fifty24Mx gallery in Mexico City on the 14th of June. He is currently one of the more recognized urban artists of the country, with shows in Europe and USA under his belt, as well as large murals being painted around the world. In his work, he cleverly uses the elements of the traditional Mexican art, with the dynamics and energy the street art that he’s been influenced by, resulting in unusual surrealistic imagery. Also included are mostly of pre-hispanic characters, hybrids of human beings, mythical creatures, and insects or animals fused among themselves. These figures called “curiolis” are the result of his strong passion for the rich cultural heritage of his country, and are often put in contest with modern life subjects such as consumerism or pollution.

In his recent works, the Mexico City-based artist is further experimenting with mixed media, combining wood carving, knitting along with painting, as his primary form of expression. 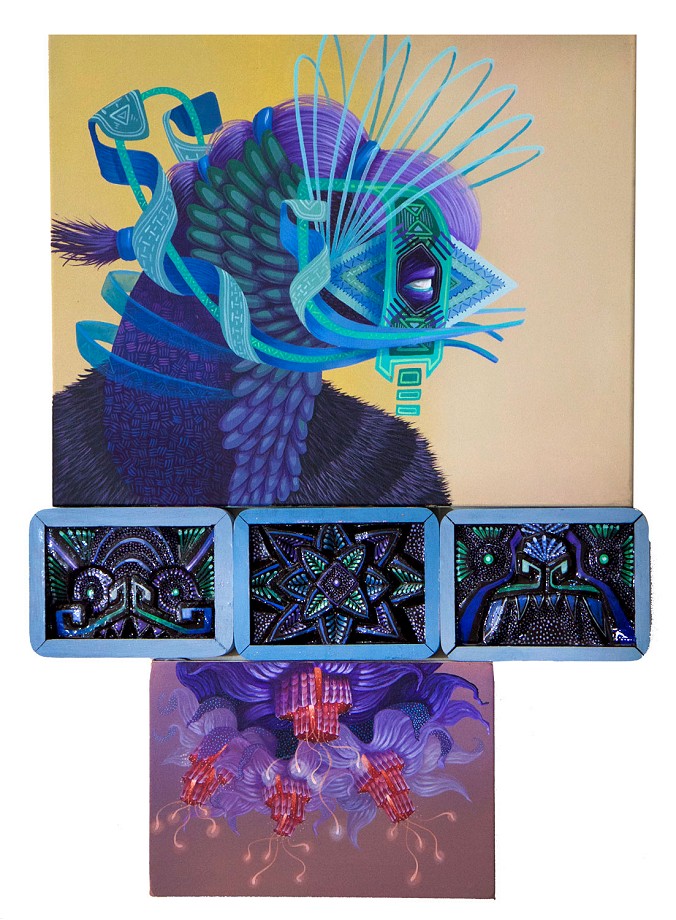 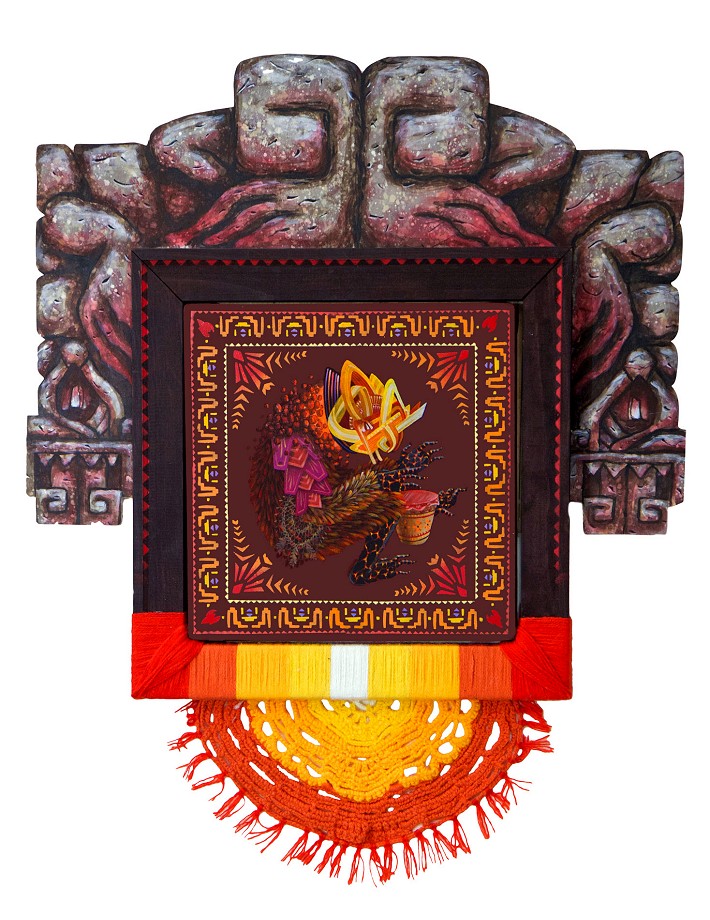 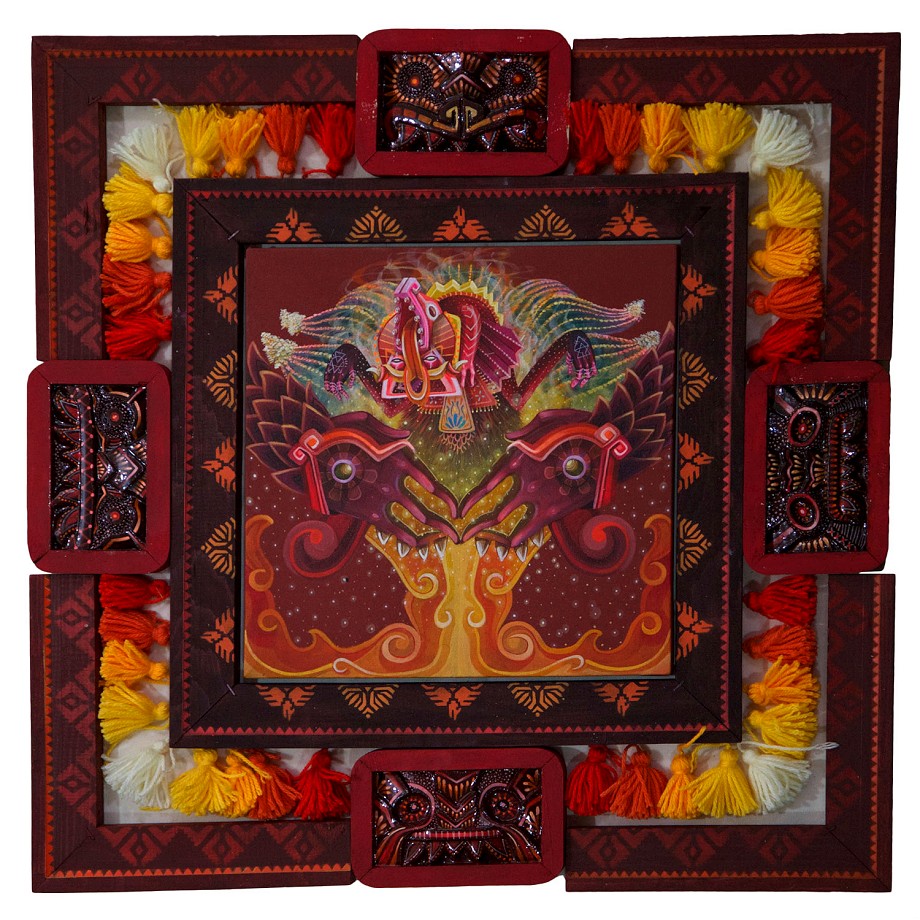 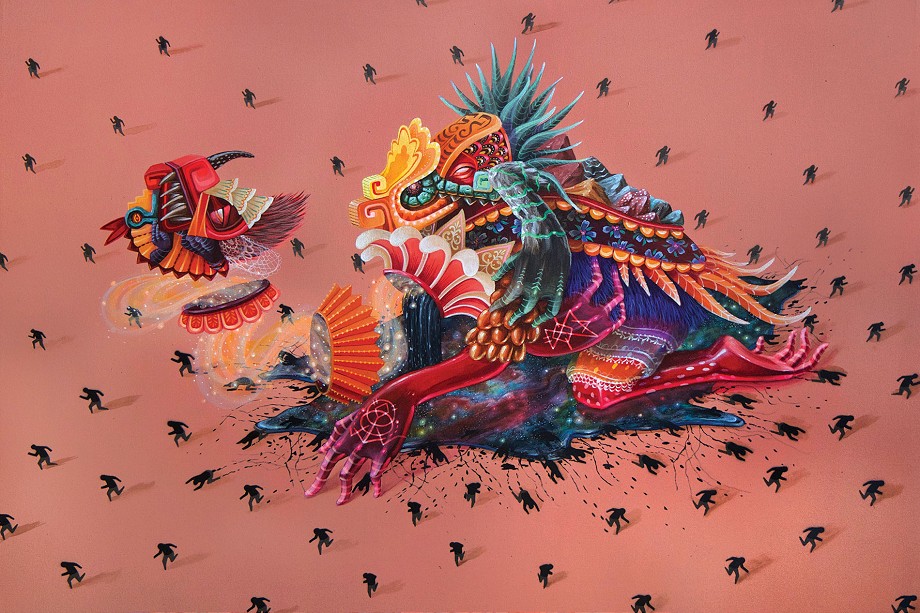