James Reka recently escaped the heat of Berlin where he currently lives and works, and visited his hometown of Melbourne in Australia. During his visit, he opened a solo show with Backwoods Gallery that was on view from June 6th until June 17th, introducing a new series of canvas and works on found objects. The Untold show was his first Australian exhibition since relocating to Europe.

This body of work was influenced by artist’s observation of Berlin as it wakes up from its winter hibernation and enters the spring and warmer days. The show “tells the story of changing seasons against a backdrop of abandoned factories, rooftop painting missions, gritty streets and underground parties.” Years of graffiti during his travels all over the world evolved into a recognizable technique that he uses when creating artworks these days. His abstract style results in unusual, often figurative works, in which human or even women portraits prevail over insects and random everyday objects. By using clean, organic looking lines and a limited color palette, mostly shades of a main color, his works feature elements of abstraction, graffiti art, and cubism. While his larger works on linen are more complex, his sculptural and pieces painted on found objects, are much flatter and cleaner, contrasting the bright solid color against the rough rusty texture.

Along with exhibiting in the gallery, the artist created a new street piece which is a pure example of the mural works he’s been creating lately around the world, from Hawaii, to San Francisco and all over Europe. 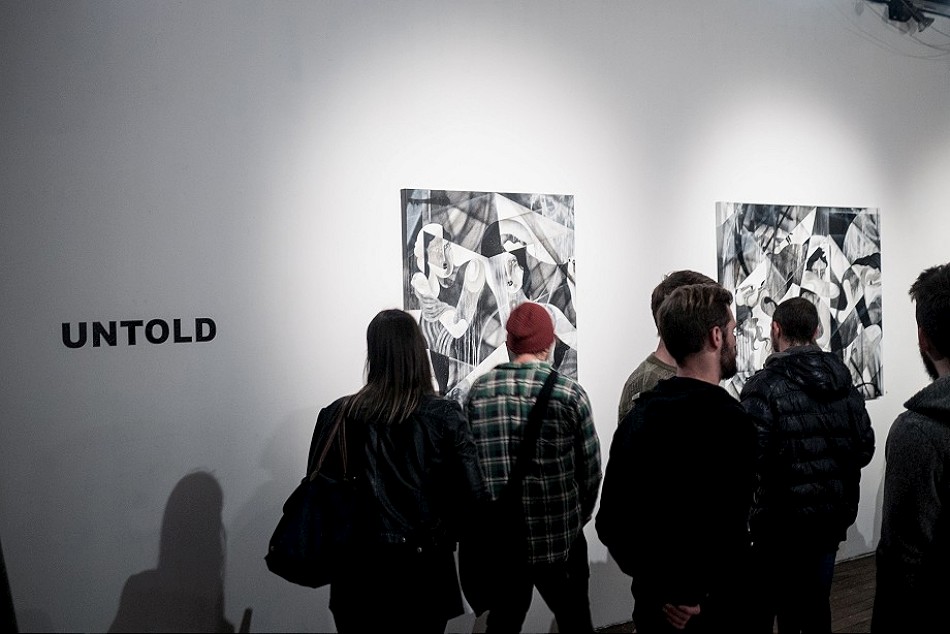 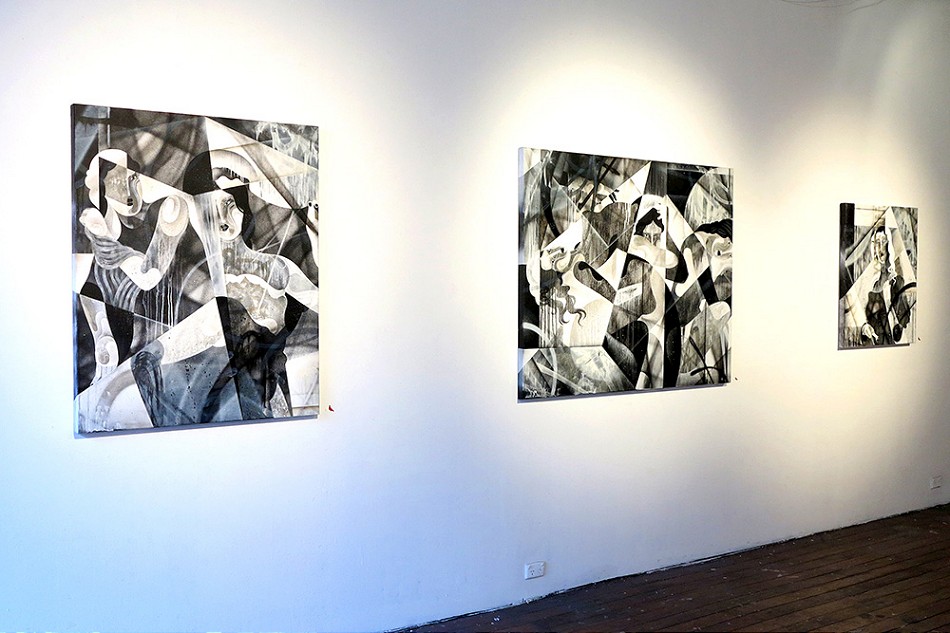 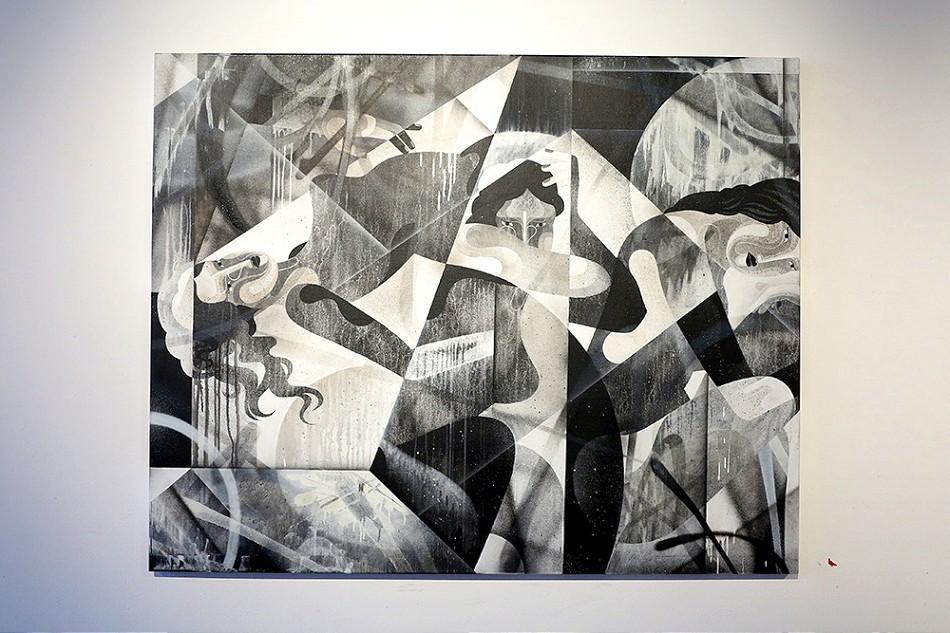 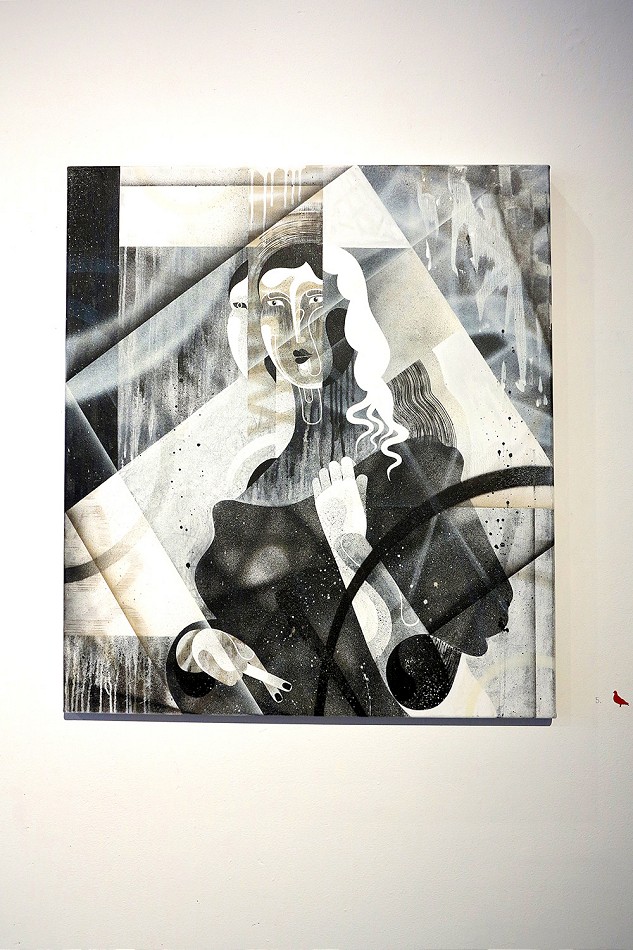 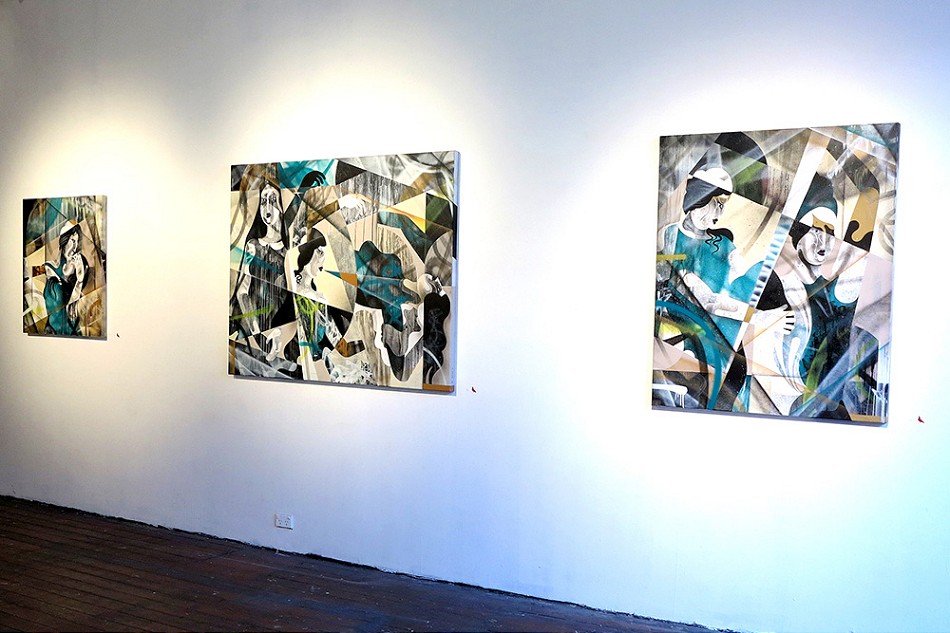 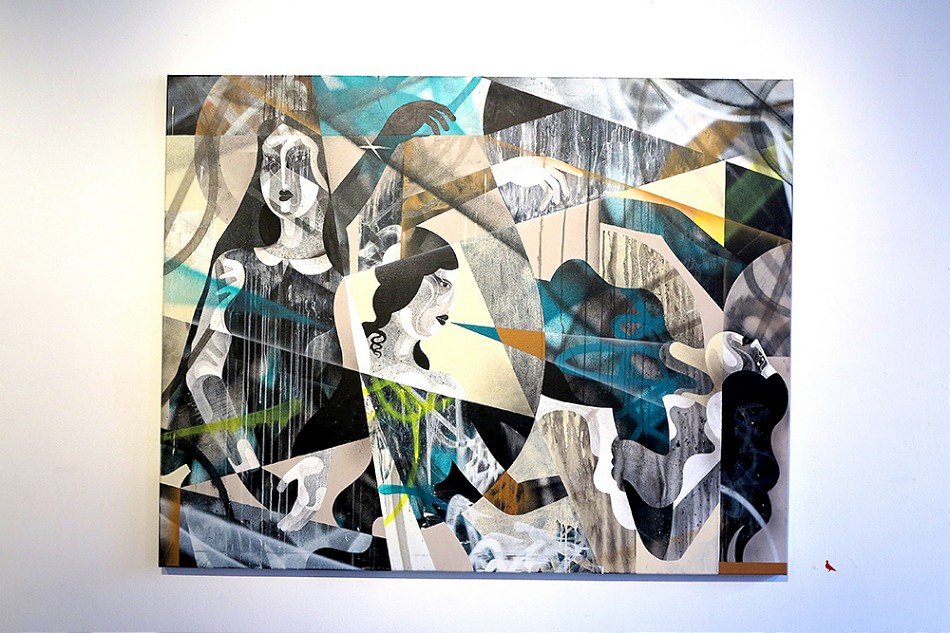 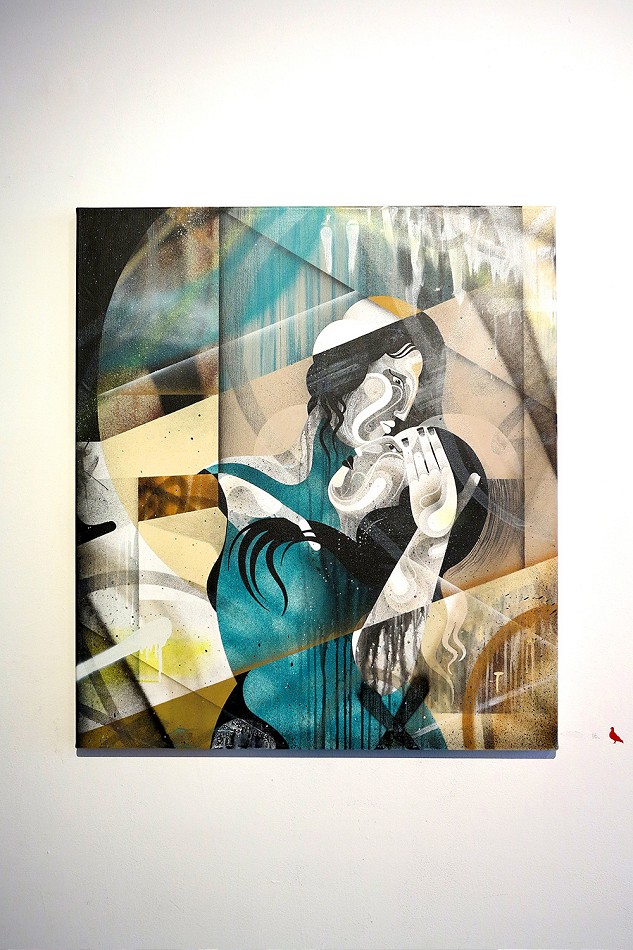 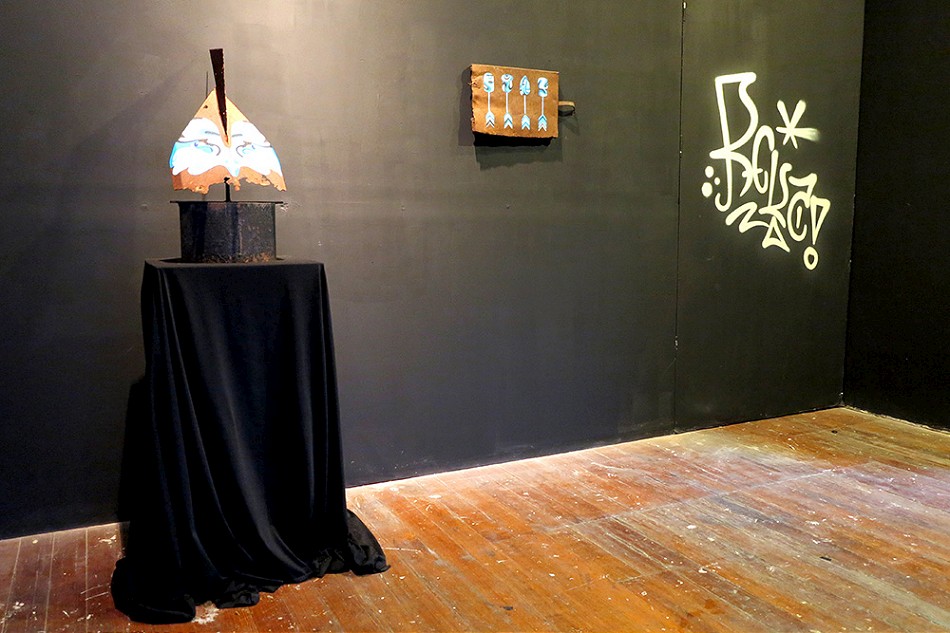