Four years since Takashi Murakami’s show at Versailles in France (covered), the Japanese contemporary artist just opened a show with a similar kind of atmosphere at Milan’s Royal Palace (Palazzo Reale). Curated by Francesco Bonami and organized by Blum & Poe along with Kaikai Kiki Co., Ltd, this is Murakami’s first exhibition in a public space in Italy.

For this showing, the leader of the Superflat movement prepared new works presenting styles and techniques developed over the last two years. Juxtapozed against the imposing interior of the former Royal Palace, the entire exhibition is set up and installed so the works complement their setting. Starting with the Oval Budha Silver sculpture, the exhibition then continues with three large-scale Arhat paintings, created in response to devastating earthquake in 2011. These monumental works measuring between five and ten meters in length are based on “an ancient tale of Buddhist monks confronting decay and death.” Along those, a new series of self-portrait paintings were presented, which explored the artist’s playful character, by combining everything between “kawaii” (cute) and morbid.

Coinciding with the exhibition, Milan will be hosting the European premiere of Murakami’s first feature film Jellyfish Eyes. 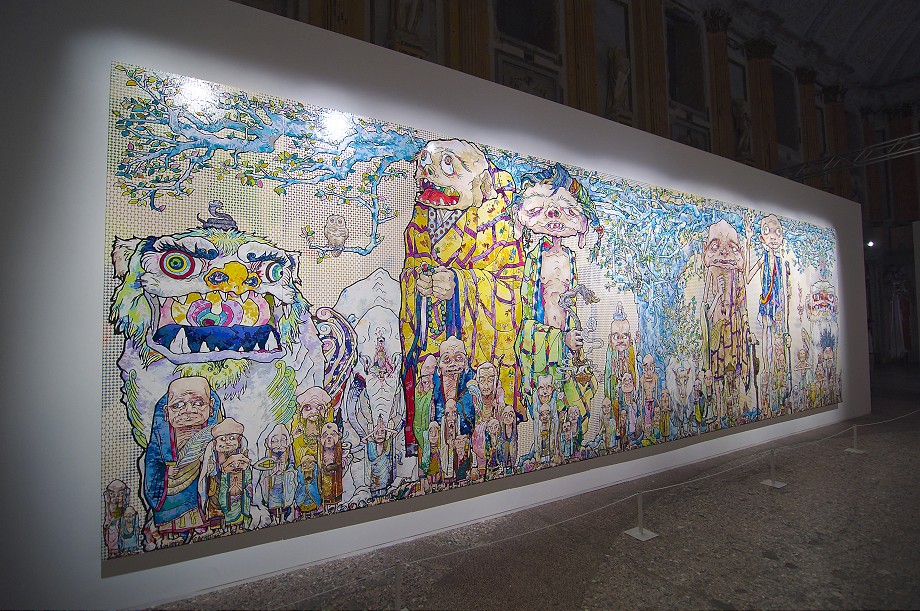 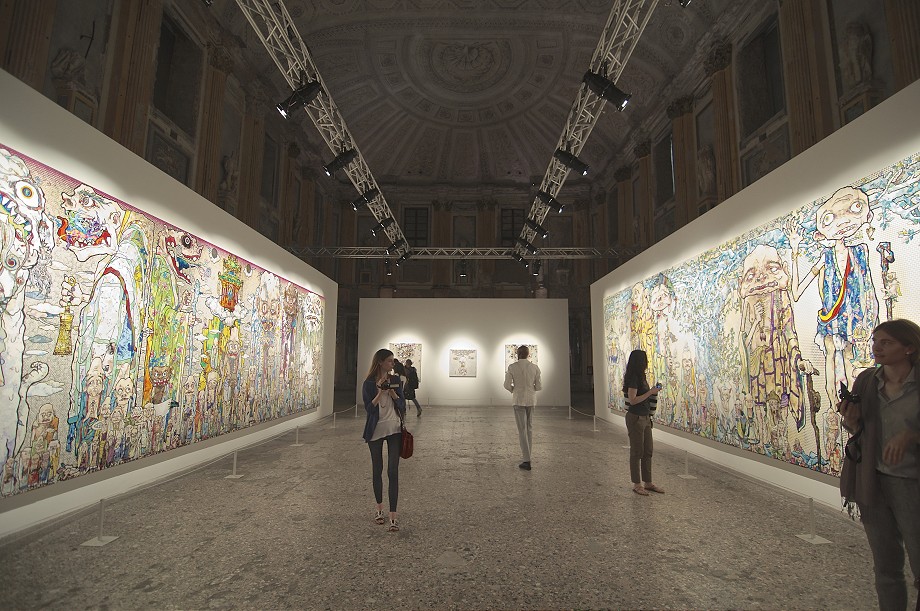 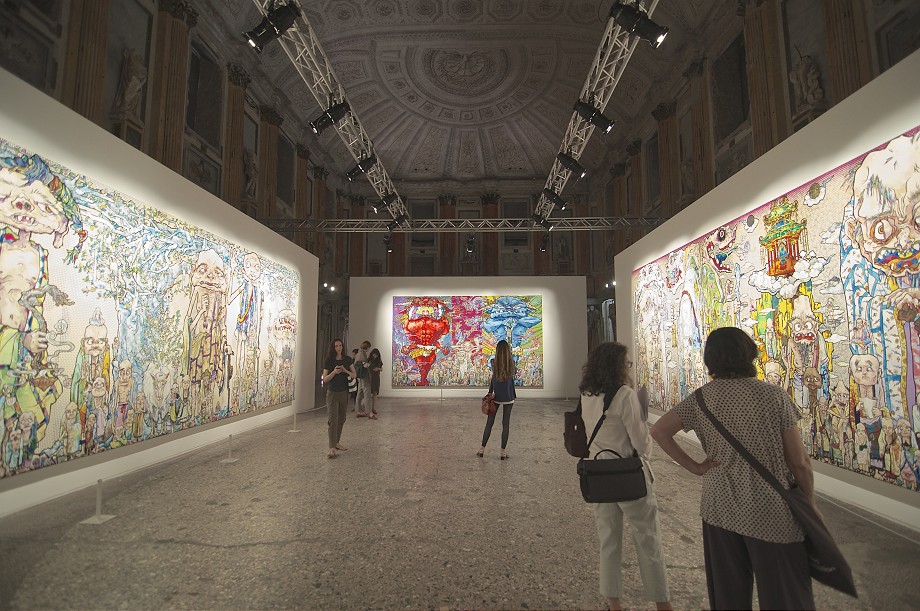 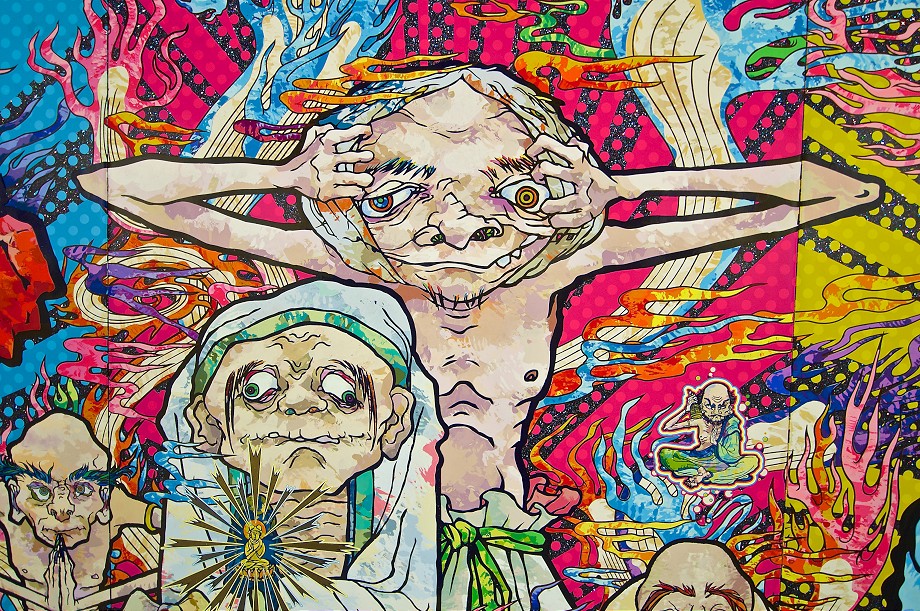 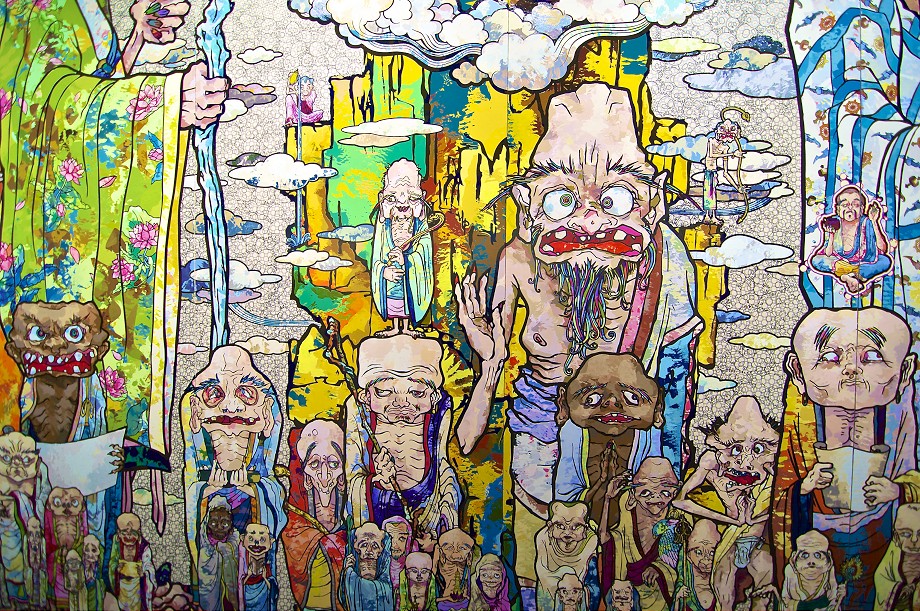 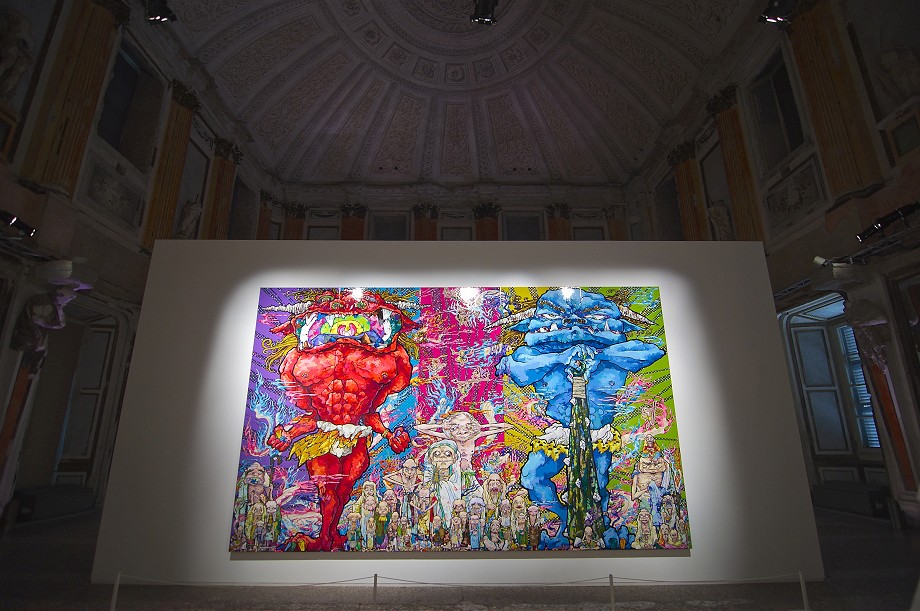 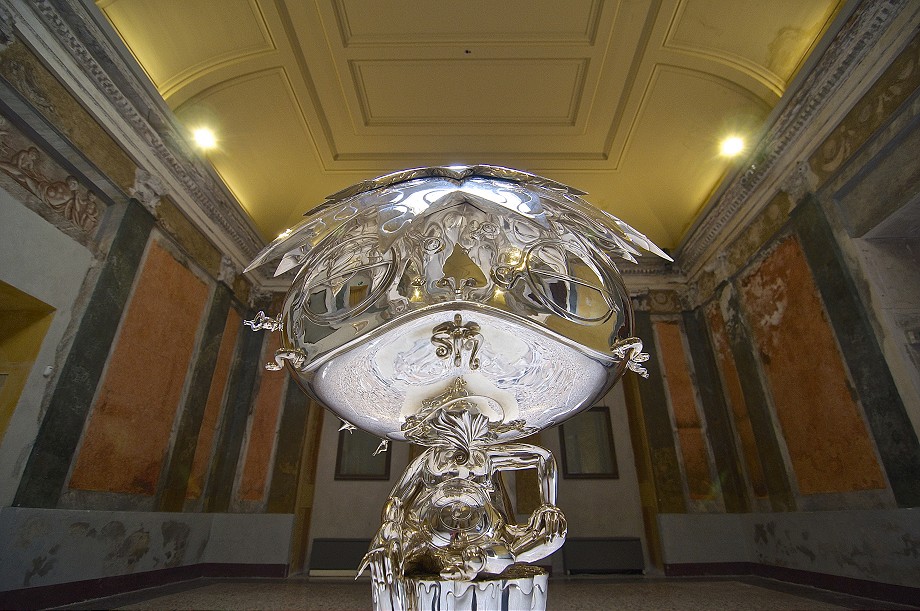 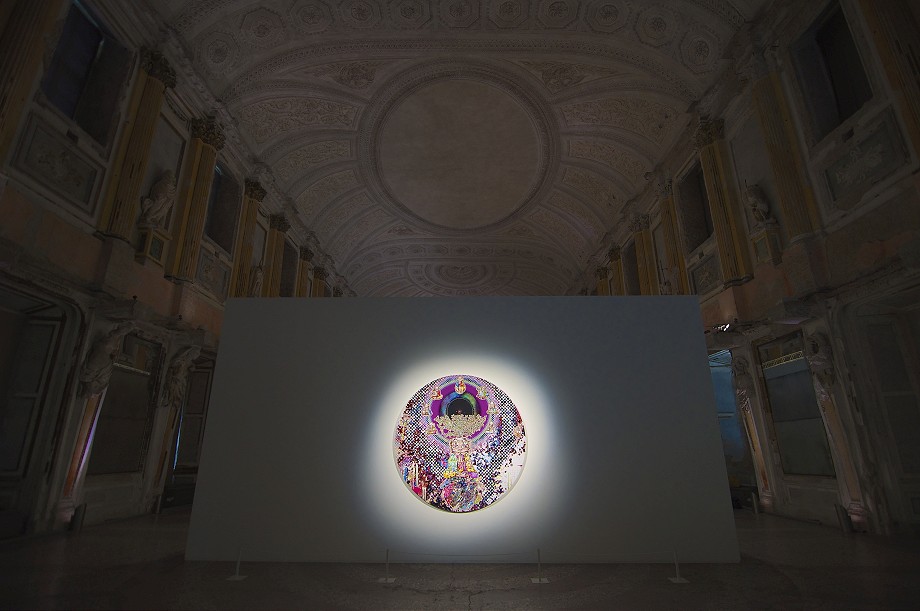