LUDO (interviewed) is currently back home in Paris, spending long days creating new works for his upcoming London solo show at his studio, and pasting up public works on early weekend mornings.

Over the past weekend, he created this double billboard piece on the streets of the French capital, taking up the advertising space while propagating his imagery. By bastardizing the iconic Coca-Cola logo and the company’s visual identity, he created an image of a Coke can with his familiar Pina Colada image, along the altered motto “Enjoy Ludo Classic.” The piece is kind of a sequel to the recent billboards he created at Glastonbury Festival 2014 in UK, with more even larger works being planned for the near future. 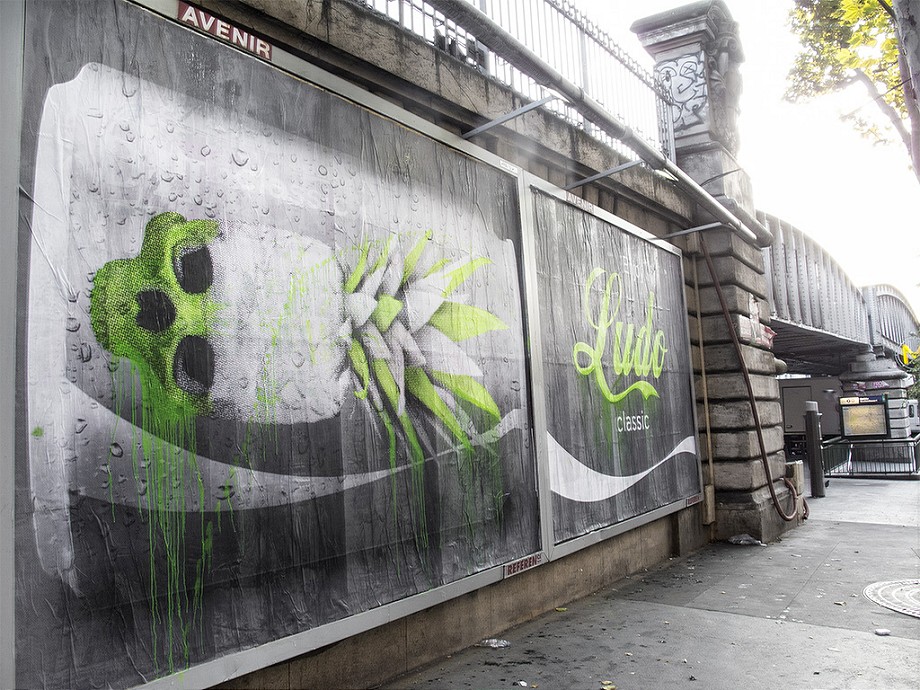 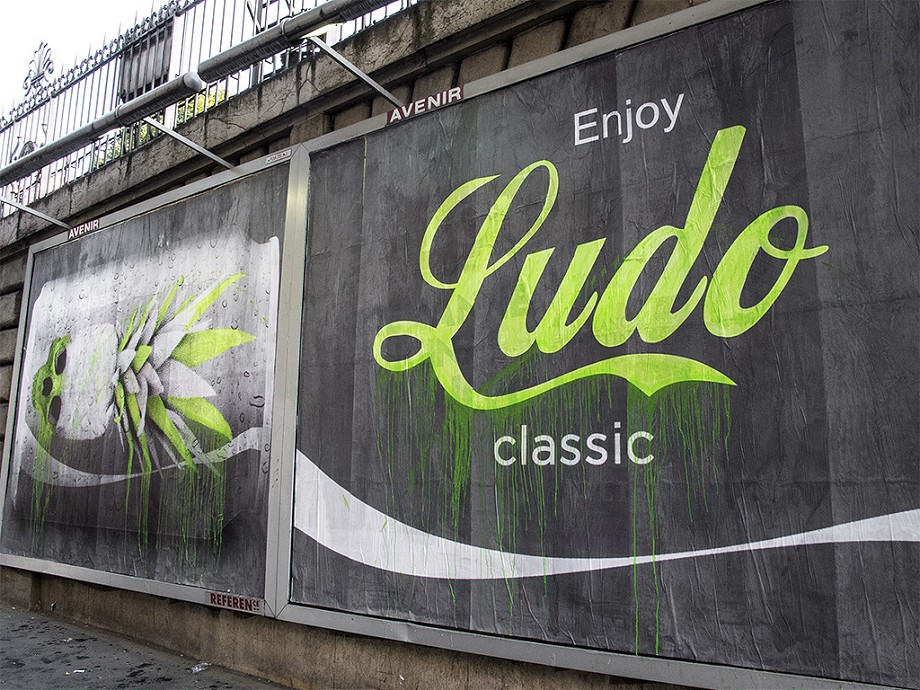