El Mac was finally able to leave the States for the first big mural project he has done out of the country since having struggled with health issues as of late. Thankfully, it looks like he has recovered nicely with his skills intact from the looks of this stunning piece that was commissioned by Eventscape in Toronto. The wall adjacent to the Gardiner Expressway was executed in collaboration with Montreal’s STARE and Toronto’s KWEST, who contributed on the background. 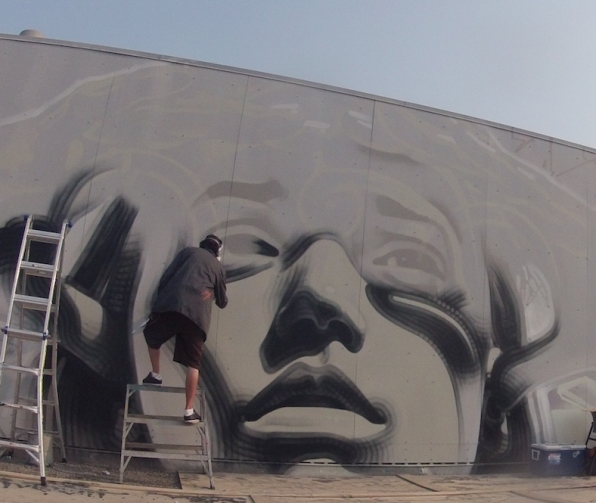 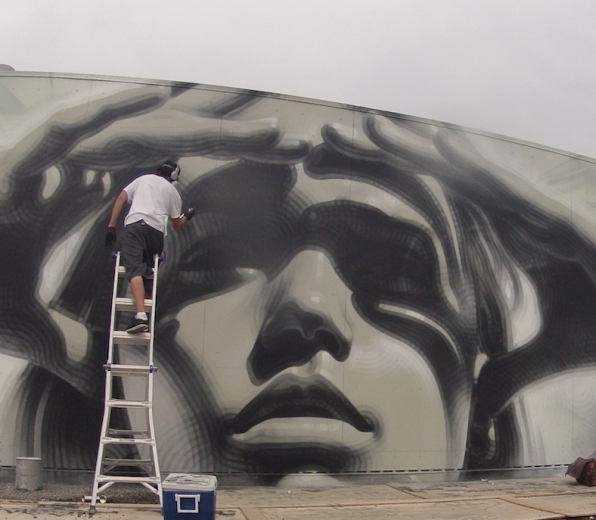 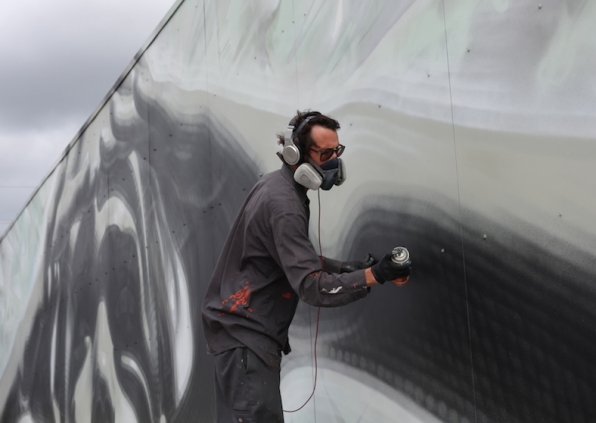 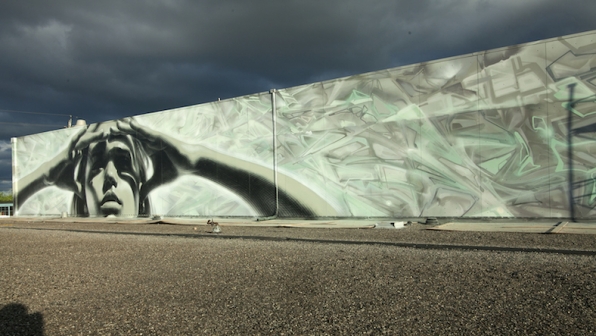 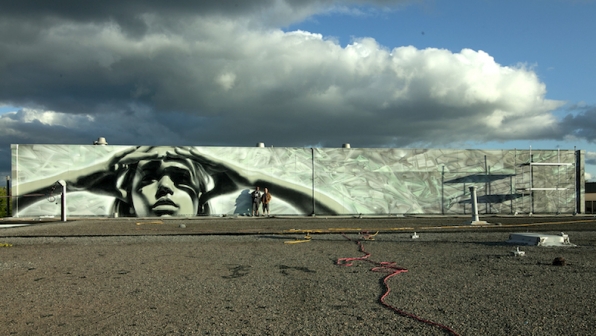 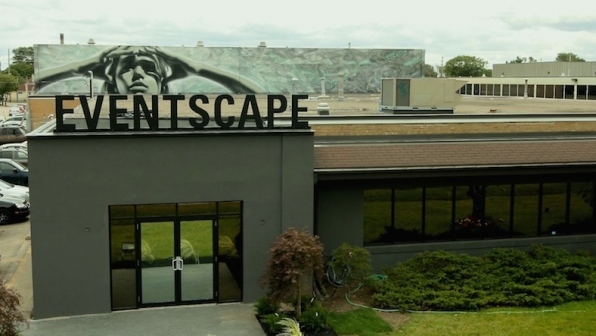