Last week, Riverside native Jeff Soto (interviewed) headed to Los Angeles to paint a mural (invited by Juxtapoz) for Converse and their Wall to Wall program. Set in South Central L.A. on Slauson Avenue where some of his ancestors originally settled, Soto decided to do something as a tribute to them. Working on the piece over the course of two days, he decided to go with one of his familiar owl motifs. He states: “The Owl is a symbol of age and experience, a matriarch or patriarch of the family, watching over current and past ancestors. I have had this idea to paint an Owl in different places where my ancestors lived – Oakland CA, Lincoln NB, Rochester NY, Sicily…”

Learn more about the project here as well as an update here.
Discuss Jeff Soto here. 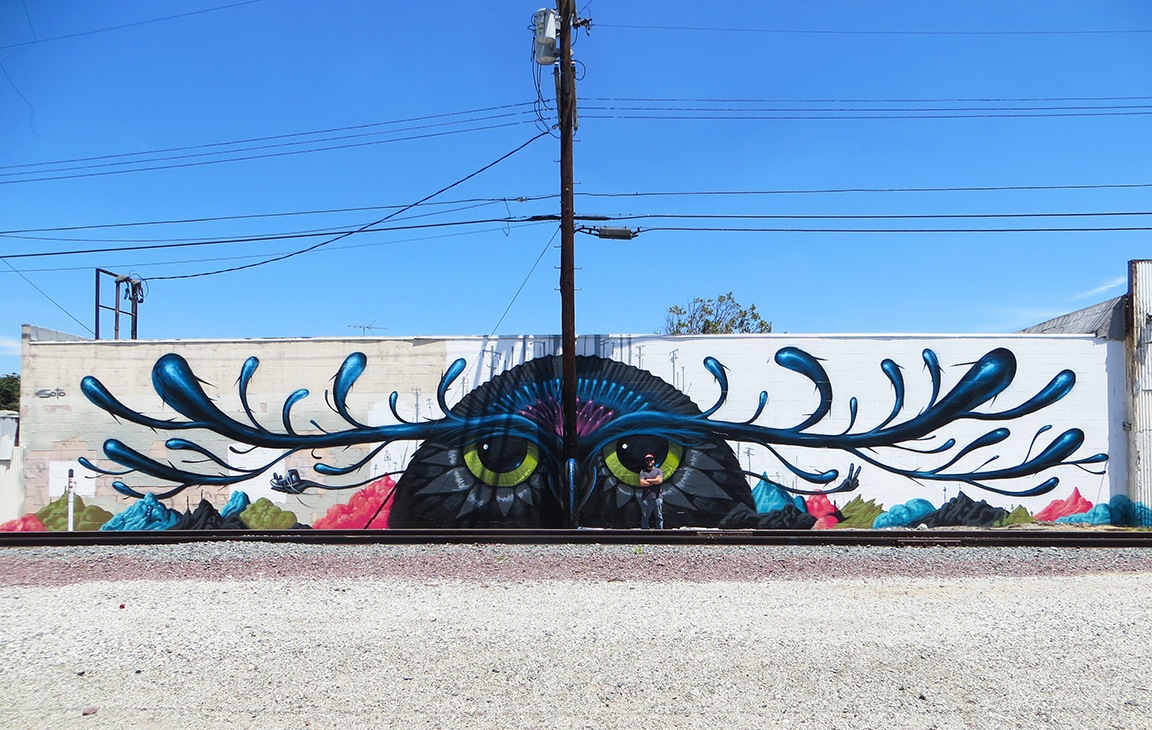 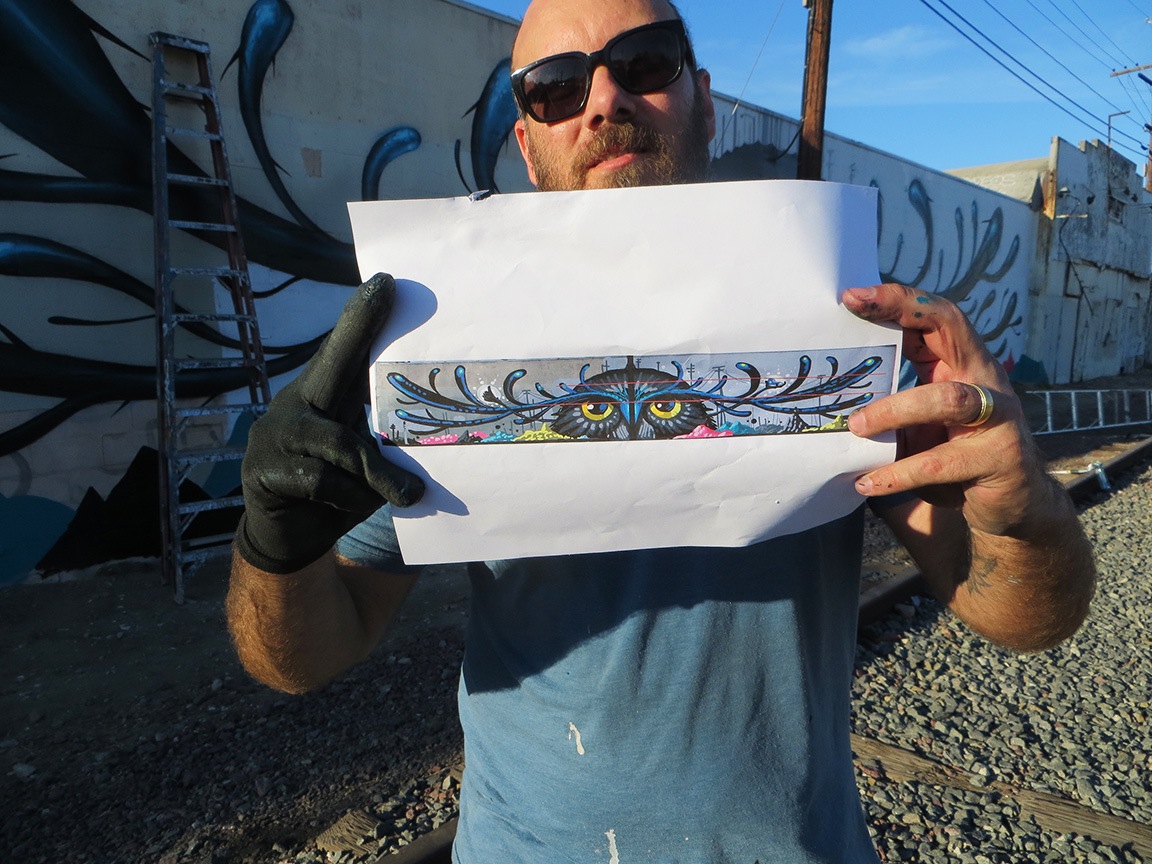 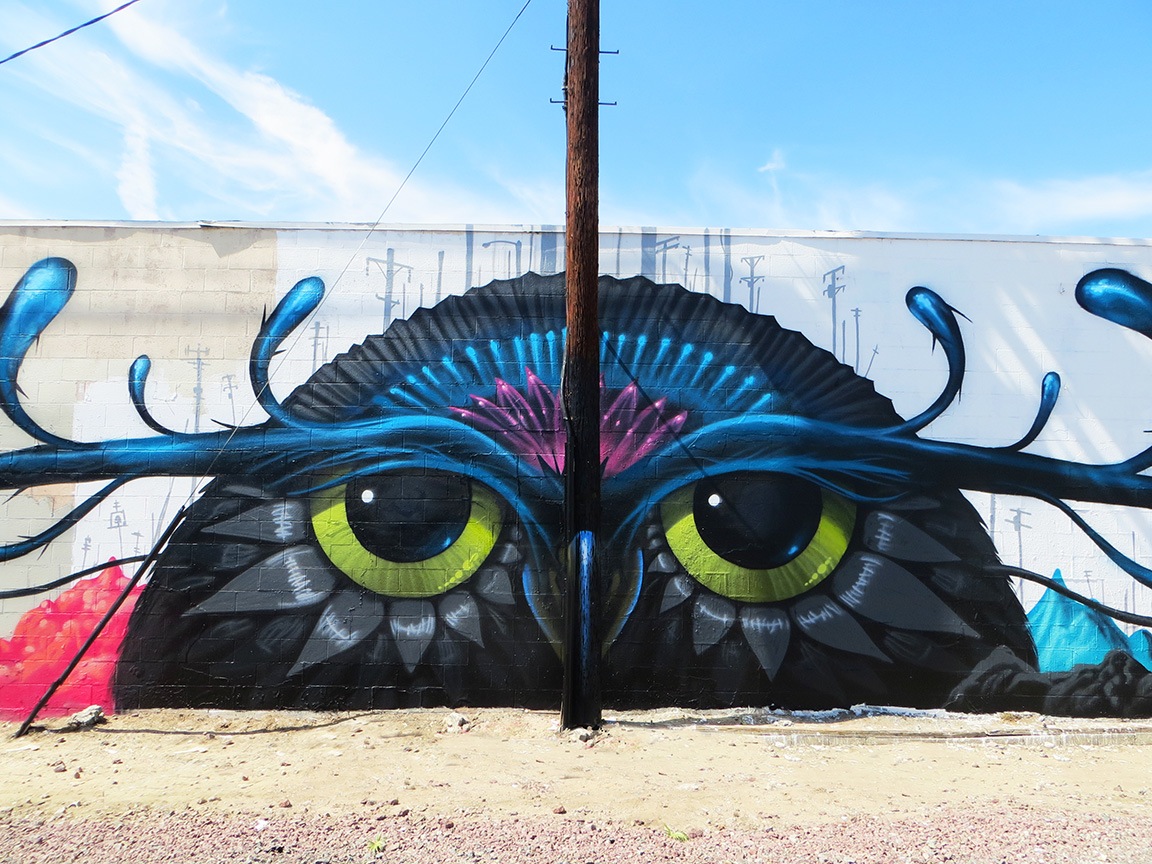 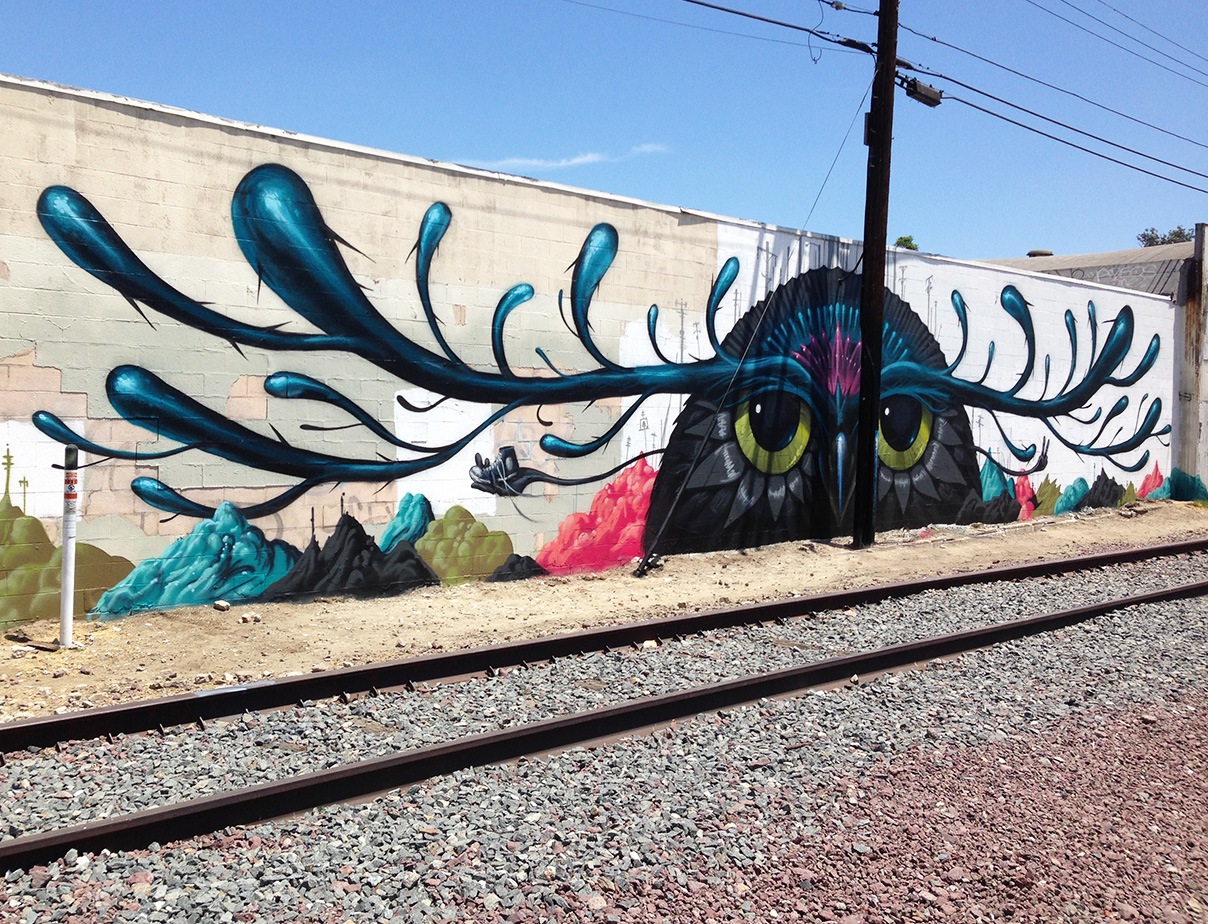 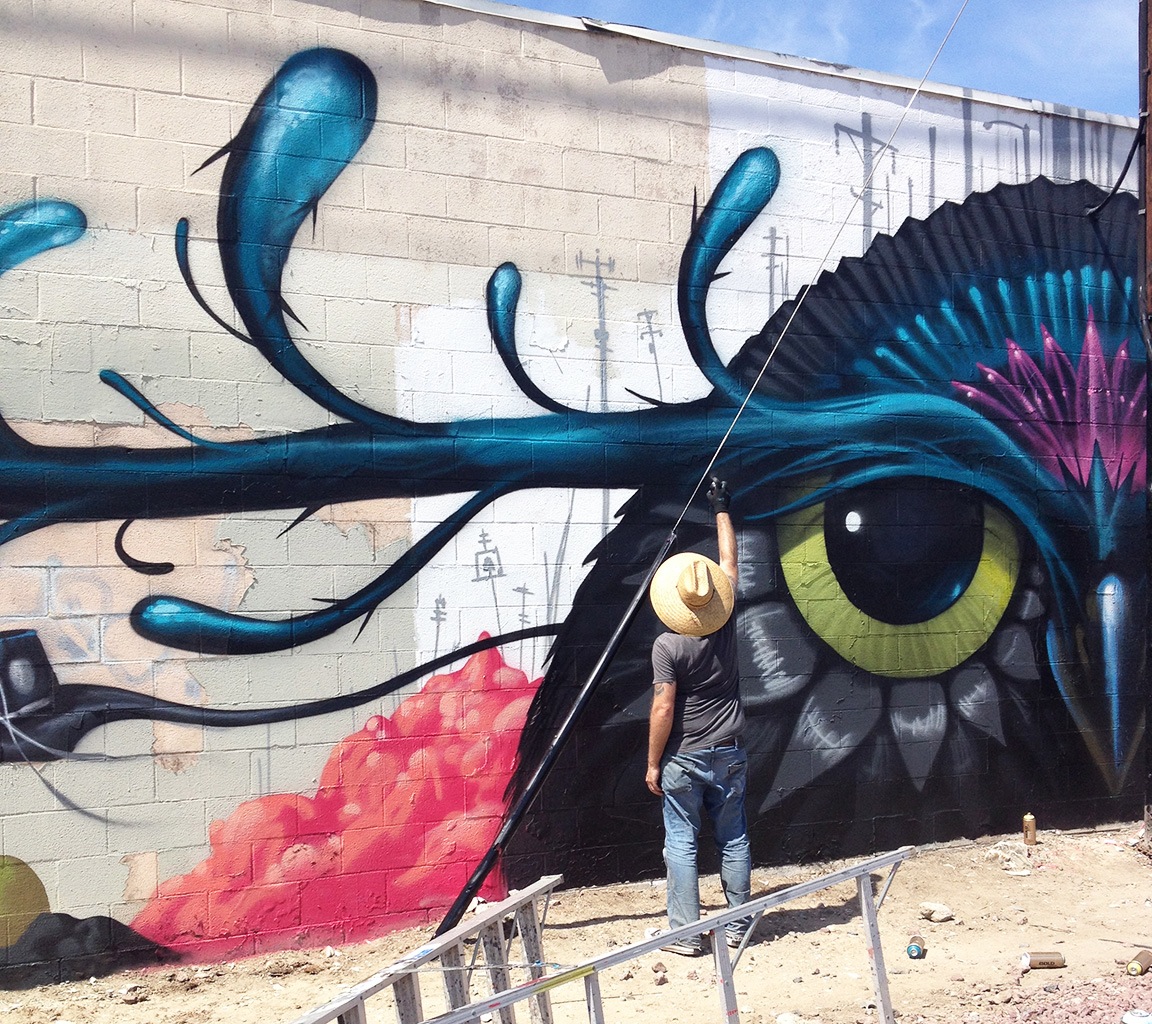 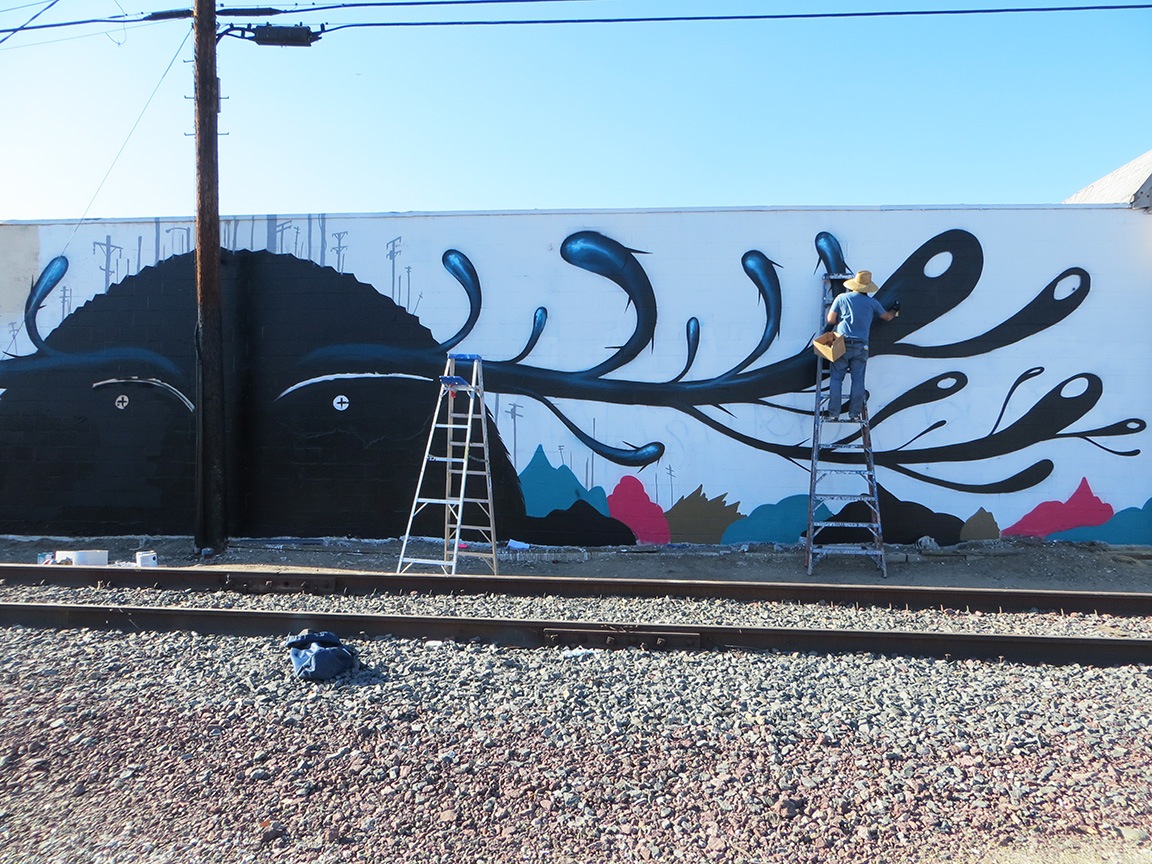 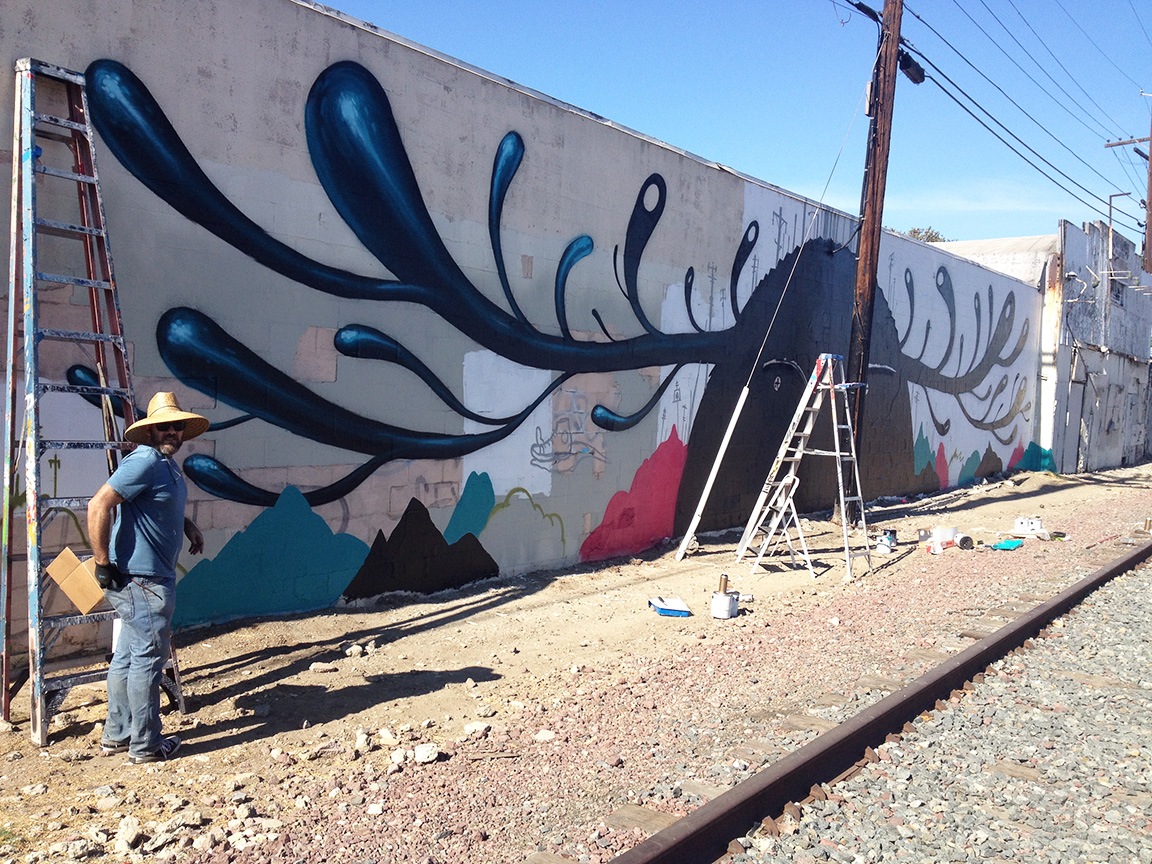 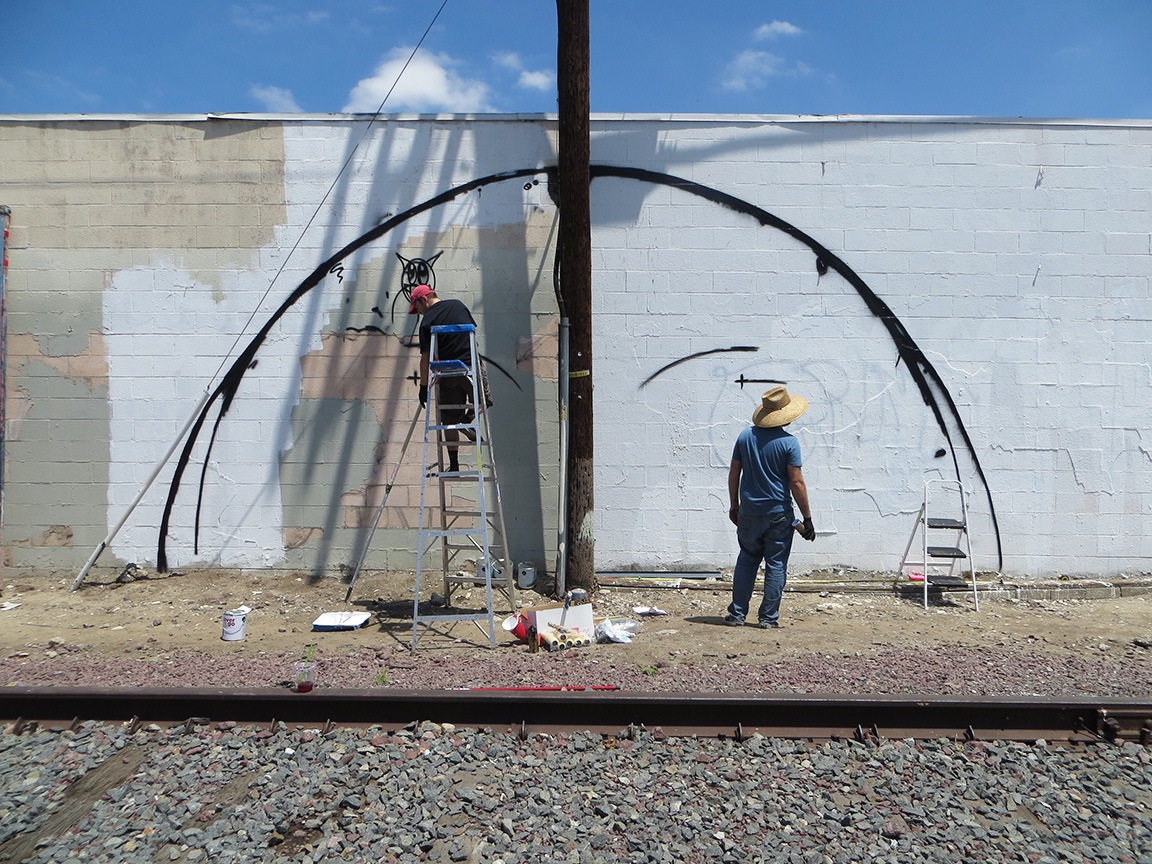