Os Gemeos are currently in Vancouver working on an impressive outdoor project organized by the Vancouver Biennale. Painting six large silos, on the full 360 degree surface covering 23,500 square feet (7,162 square metres), this is going to be their biggest mural to date, and their first one in Canada.

With this project, the twins are joining the impressive roster of international artists including Ai Weiwei, Andy Goldsworthy, Vik Muniz and Jonathan Borofsky in transforming Vancouver into an open air museum for the 2014-2016 Vancouver Biennale. Located on Granville Island alongside the world-famous Public Market, Emily Carr University, and the boat docks that attract 10.5-million visitors per year, this is destined to become “one of the most recognizable and iconic works of public art anywhere in the world.”

This mega-project continues their ongoing series of large outdoor works titled Giants, consisting of large size murals that have been realized in Greece, USA, Poland, Portugal, the Netherlands, Brazil and England. With the Vancouver Biennale having a strong connection with sculpture, the twins did not want a conventional two-dimensional wall, but instead they found this unique location that allowed them to create “a dialogue between the two-dimensional and three-dimensional worlds.”

In order to successfully round up this massive and costly project, the non-profit charitable organization behind this, set up an Indiegogo crowd funding campaign whose goal is to raise $125,000 cost of the project. 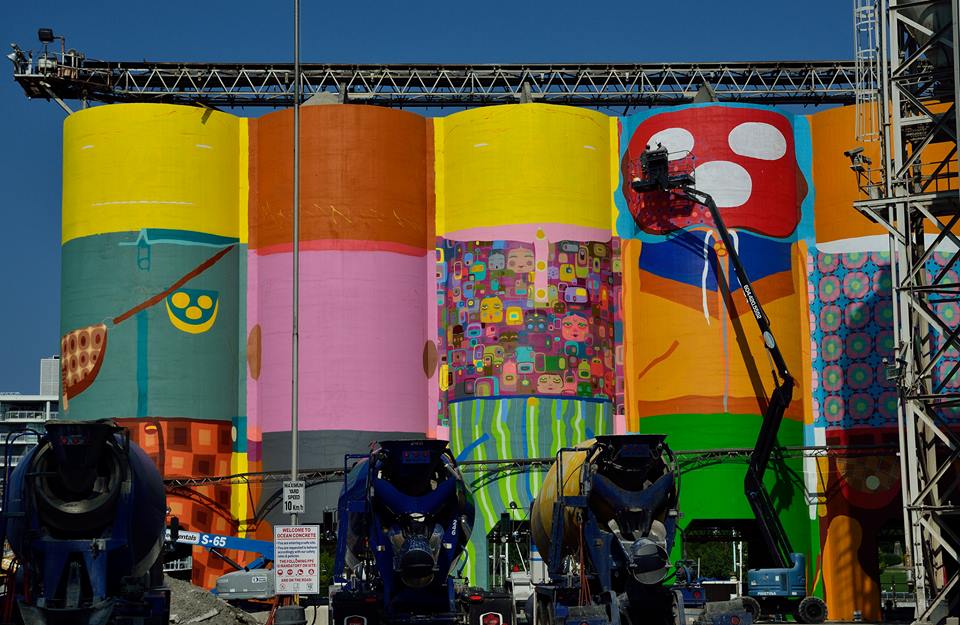 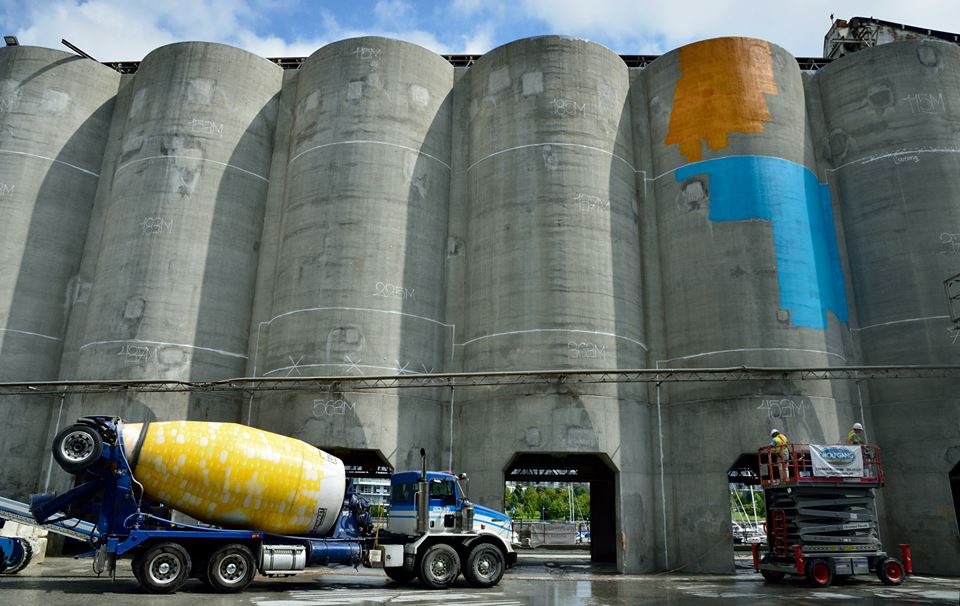 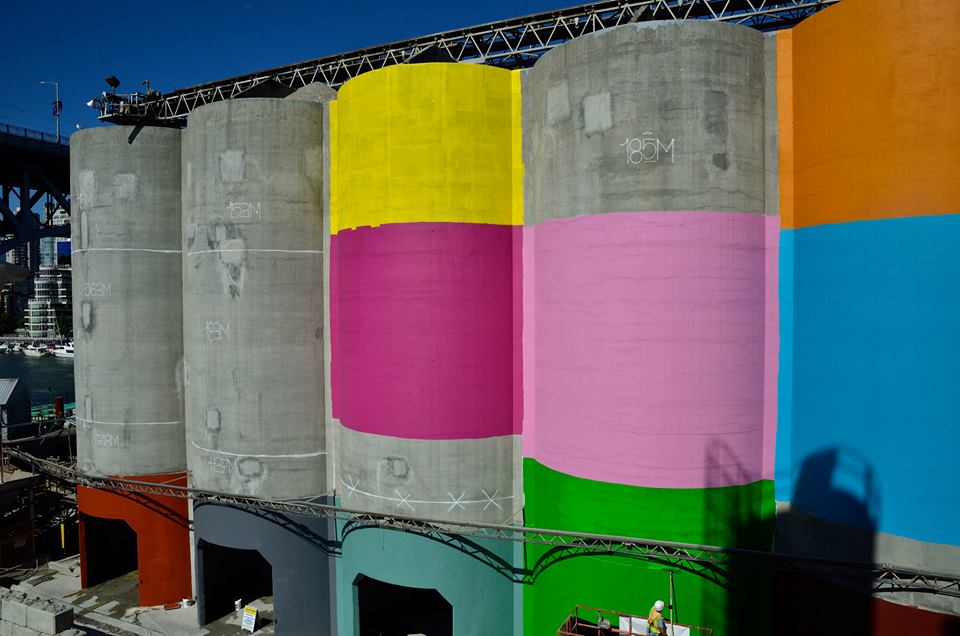 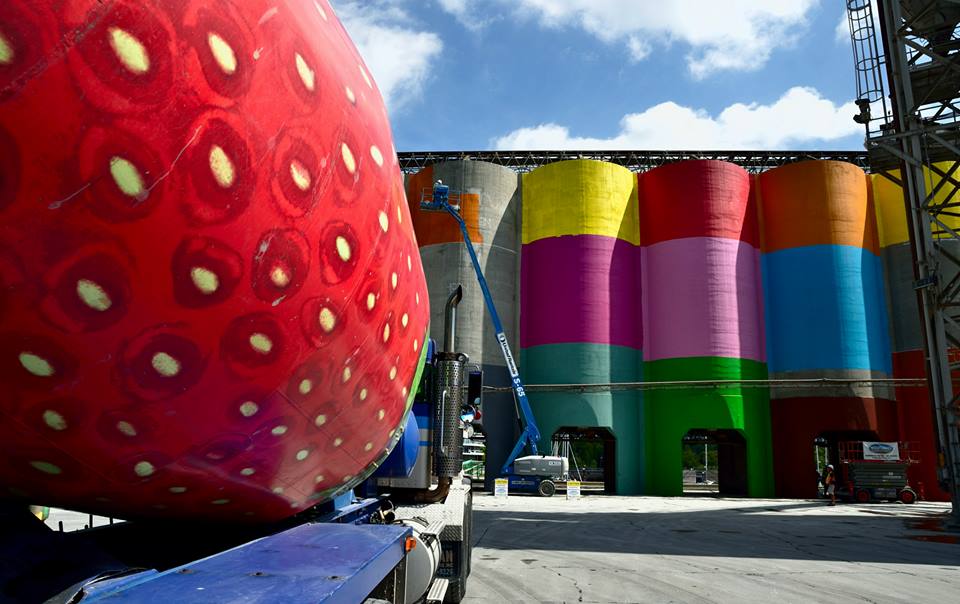 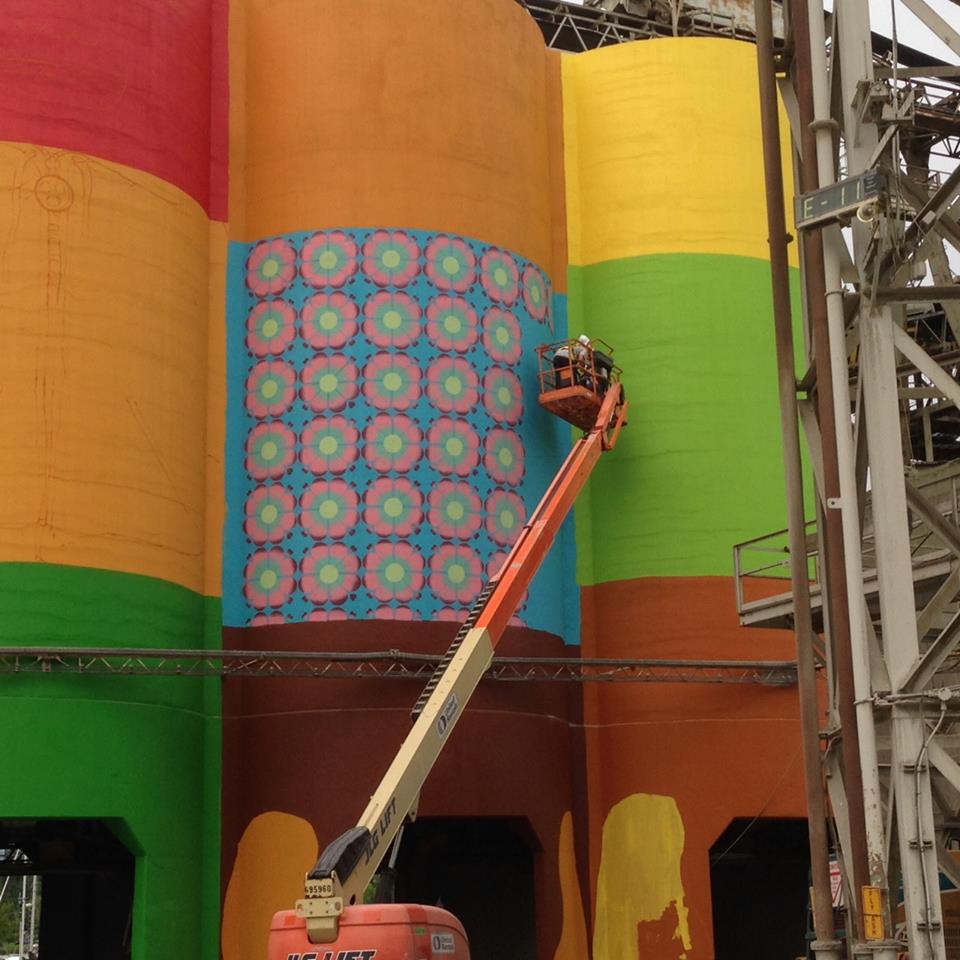