Last night, the Honor Fraser Gallery hosted the highly anticipated return (covered) of Brian Donnelly (aka KAWS) to Los Angeles with a show entitled Man’s Best Friend. As implied by the title, Snoopy, along with a cast of familiar characters from Charles M. Schulz’s Peanuts series were the focus of the Brooklyn-based artist’s imagery. The black and white utilized for a good portion of the work featuring the comic strip provided a stark contrast to the vivid colors seen in KAWS’ previous acrylic paintings, but it worked to further emphasize the impeccable linework and minimal abstractions.

Included in the new body of work were his continued stylized adaptations of iconic animated and cartoon characters featuring the full regular palette which evoked nostalgic feelings in the viewer with both the shape of the canvases as well as the imagery, of course remixed with Donnelly’s double x’s. Also, greeting fans was a new oversized sculptural rendition of his Warm Regards figure, itself overlaid with KAWSBob elements. Stop by for a look yourself before the show closes on October 13th if you weren’t able make the packed opening reception. 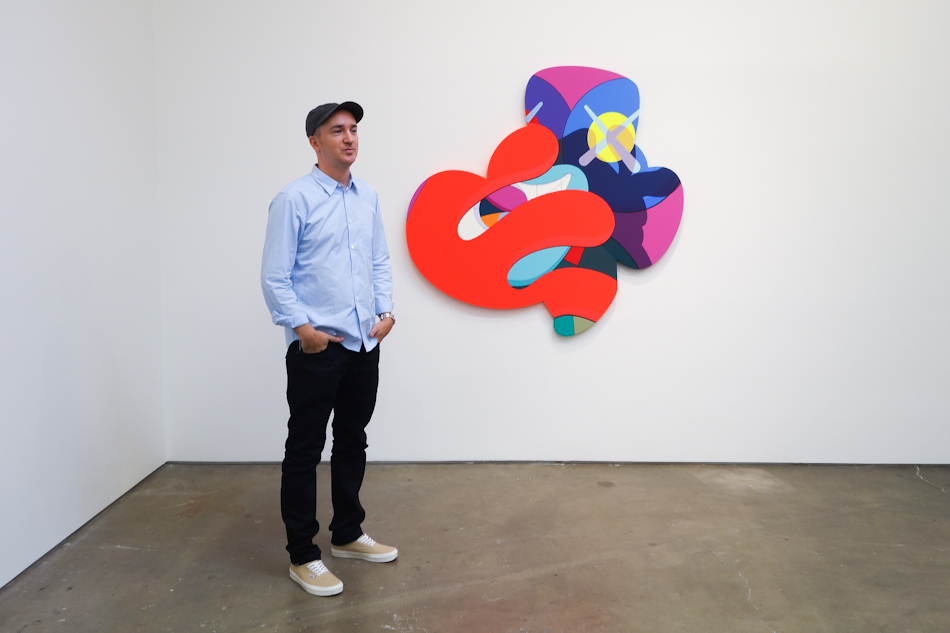 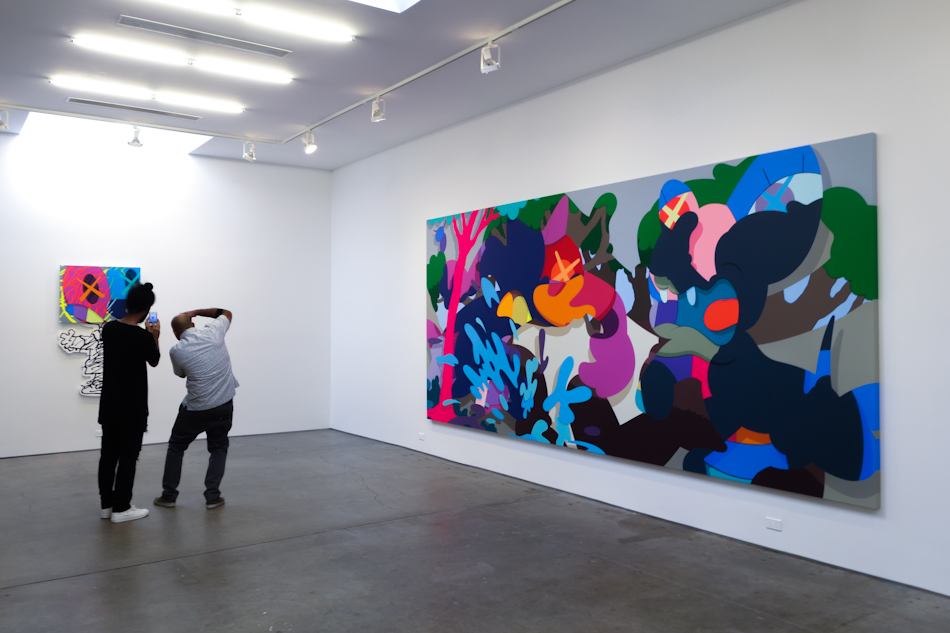 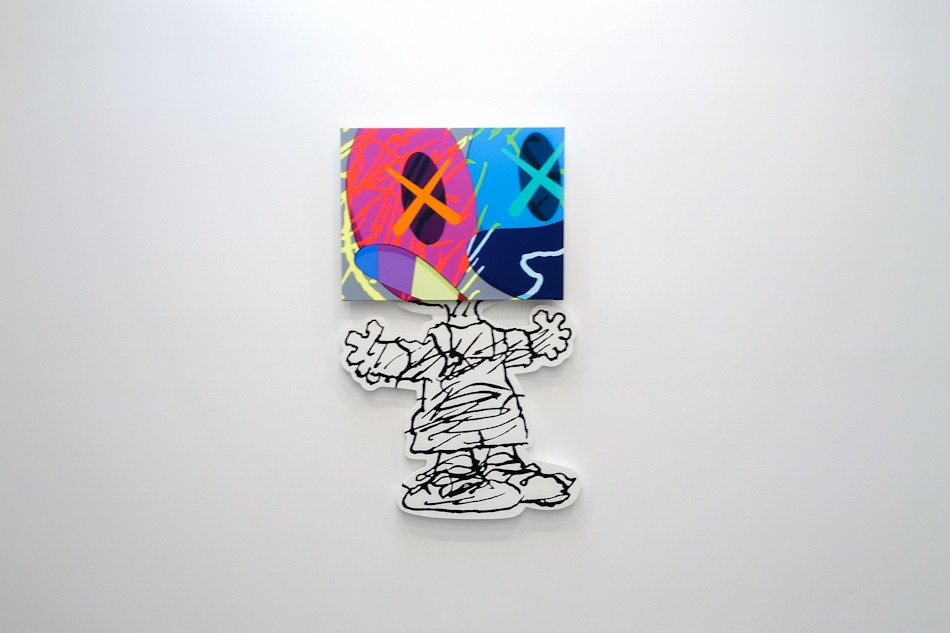 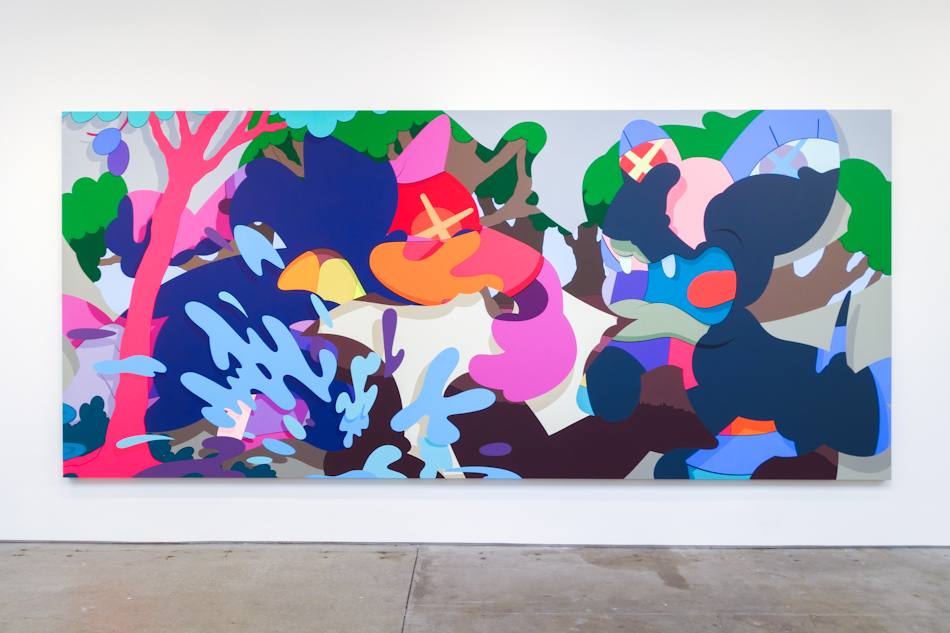 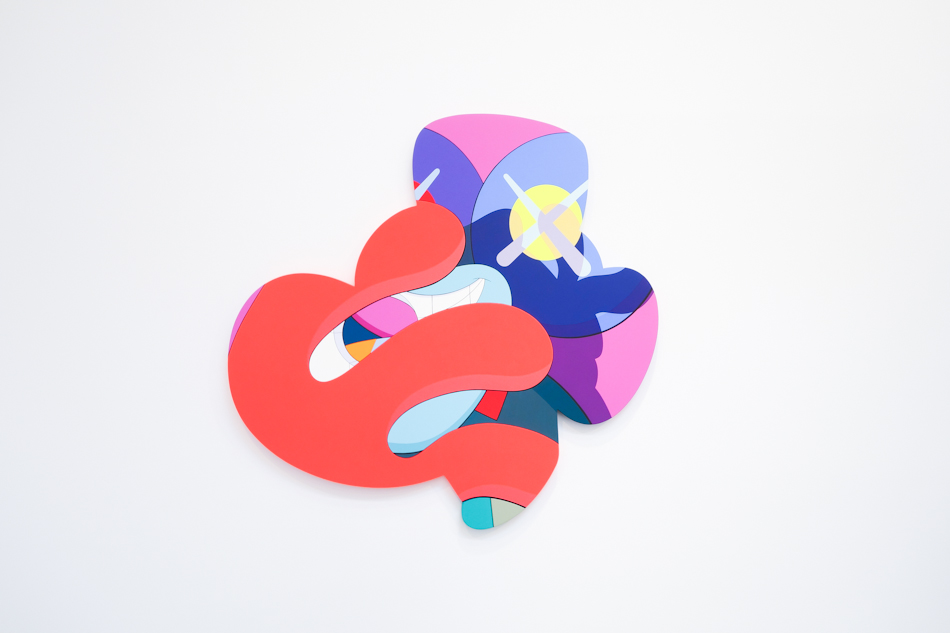 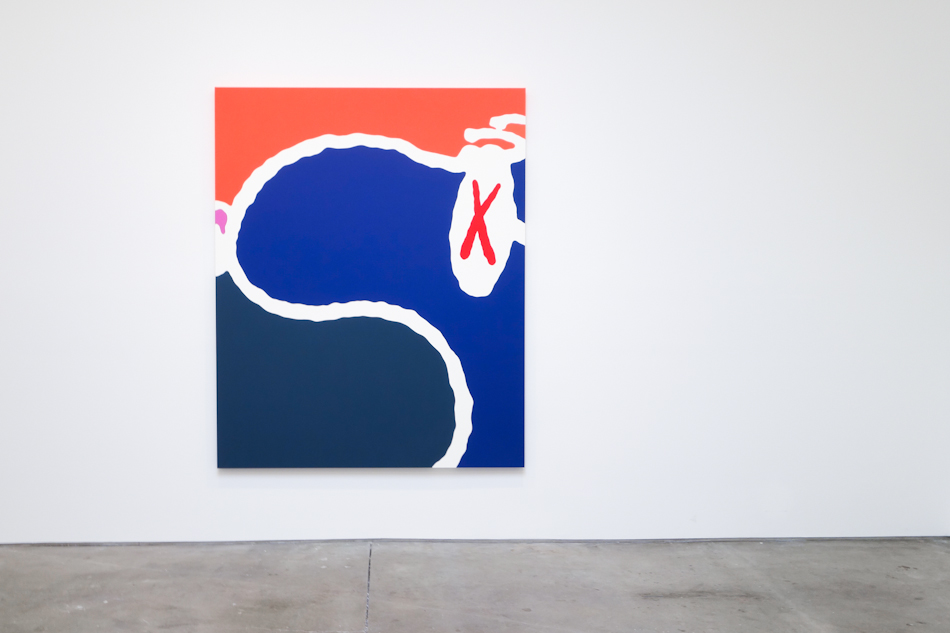 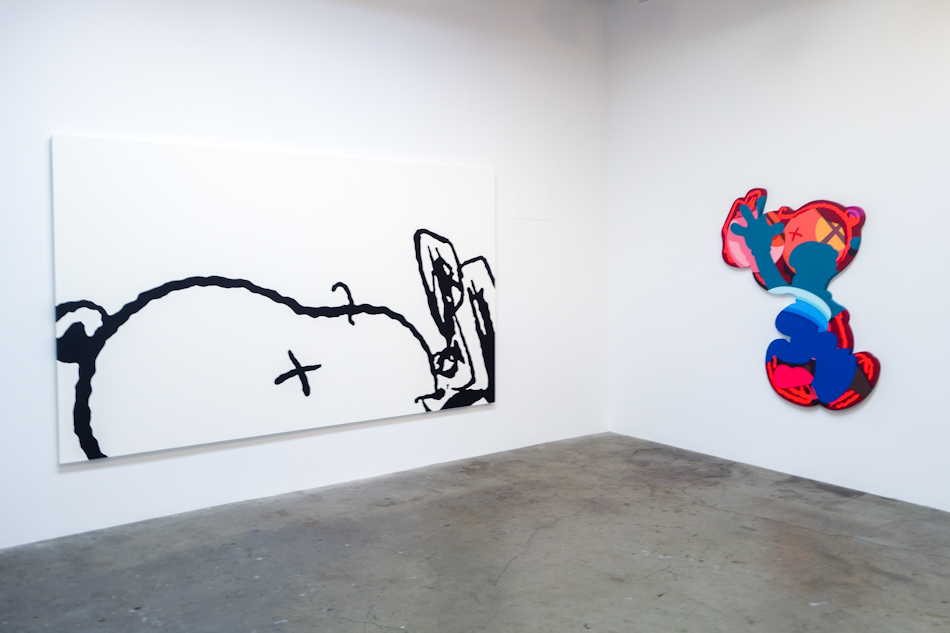 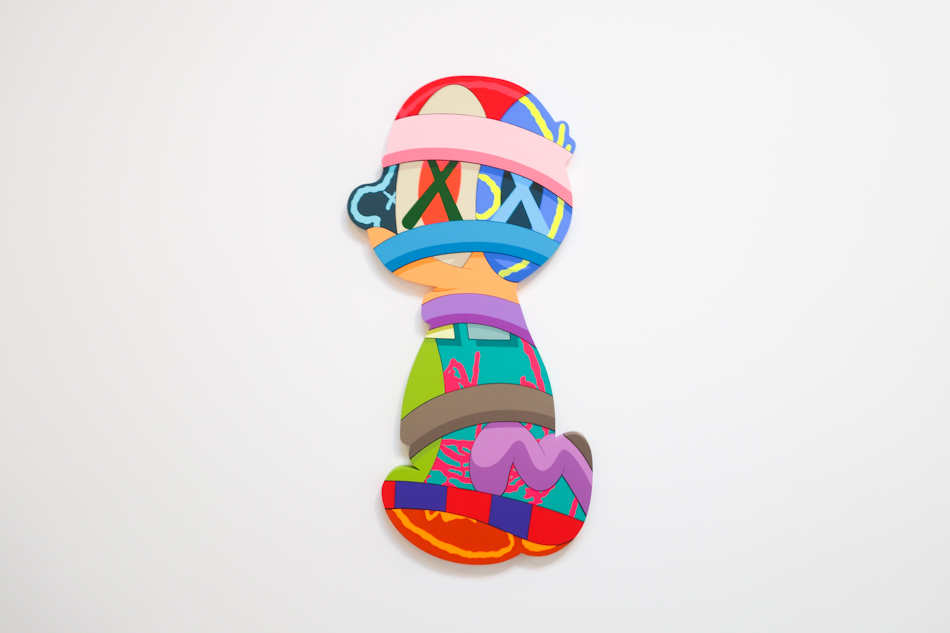