Known for his use of “innocent lines and forms along with colorful palate recalling the drawing style of children,” it seems that his style has gotten even flatter in the new works. While painting simpler shapes that are often just silhouettes of the characters or objects they represent, the New York-based artist is actually assembly richer, more complex compositions for this show. With his bright palette and clean, solid shapes, the canvases look like colorful Matisee-like collages, sometimes almost balancing on the verge of abstraction. Along with big acrylics on canvas, for this show, James also created some oil works where he focused on the lines and brush strokes rather than the shapes.

The show will stay on view until 11th October, so make sure you check out the works in person if you’re in the area. 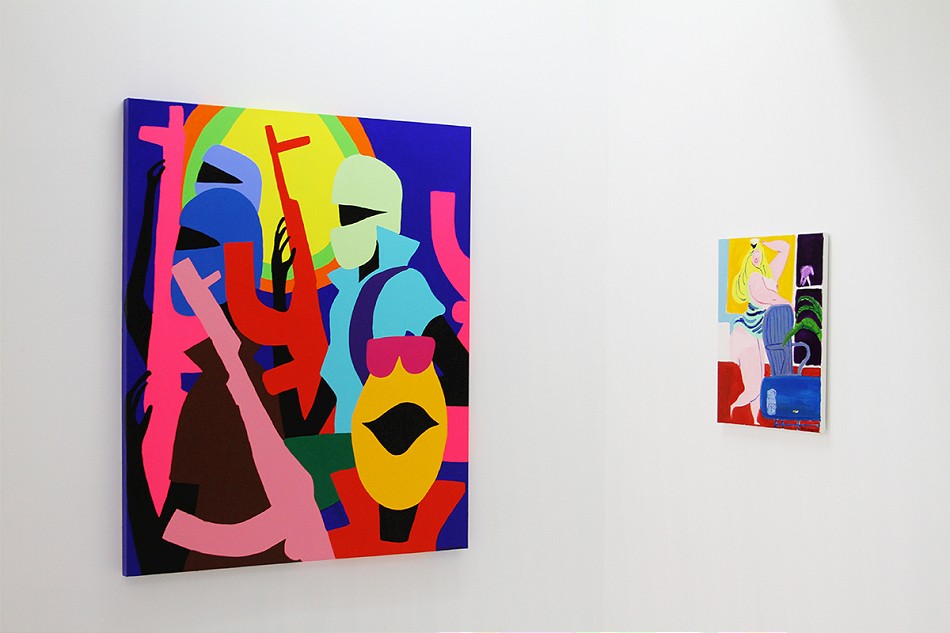 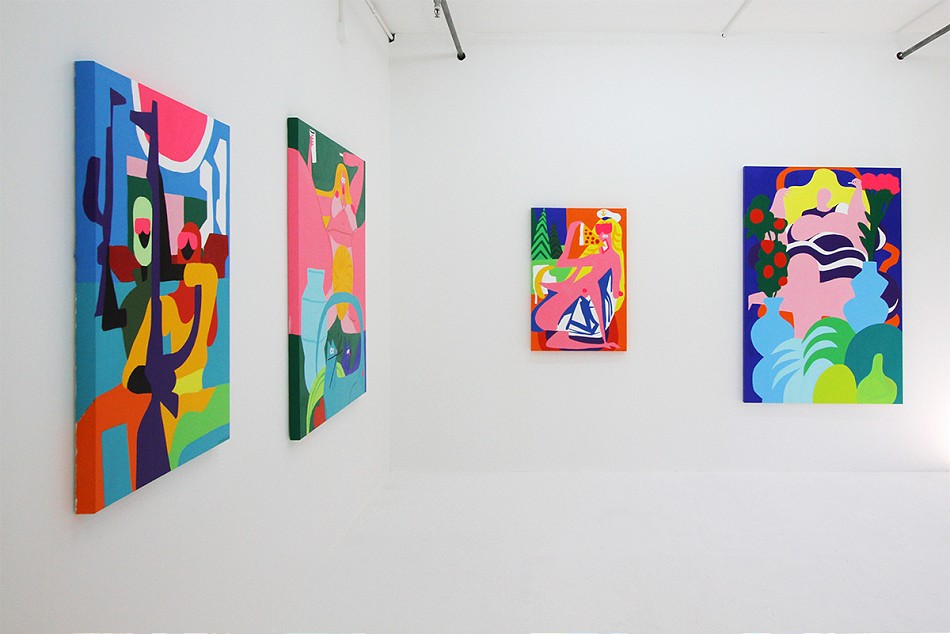 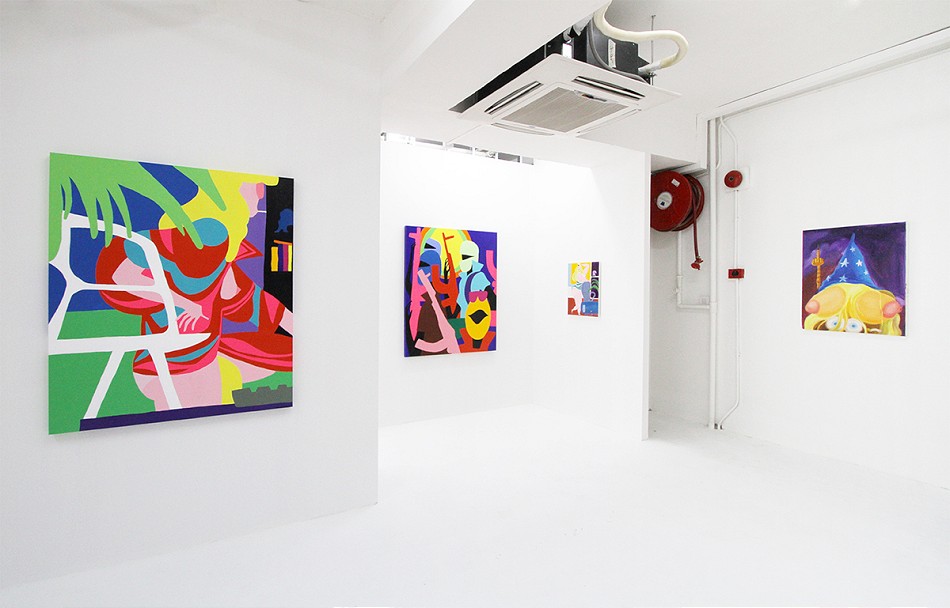 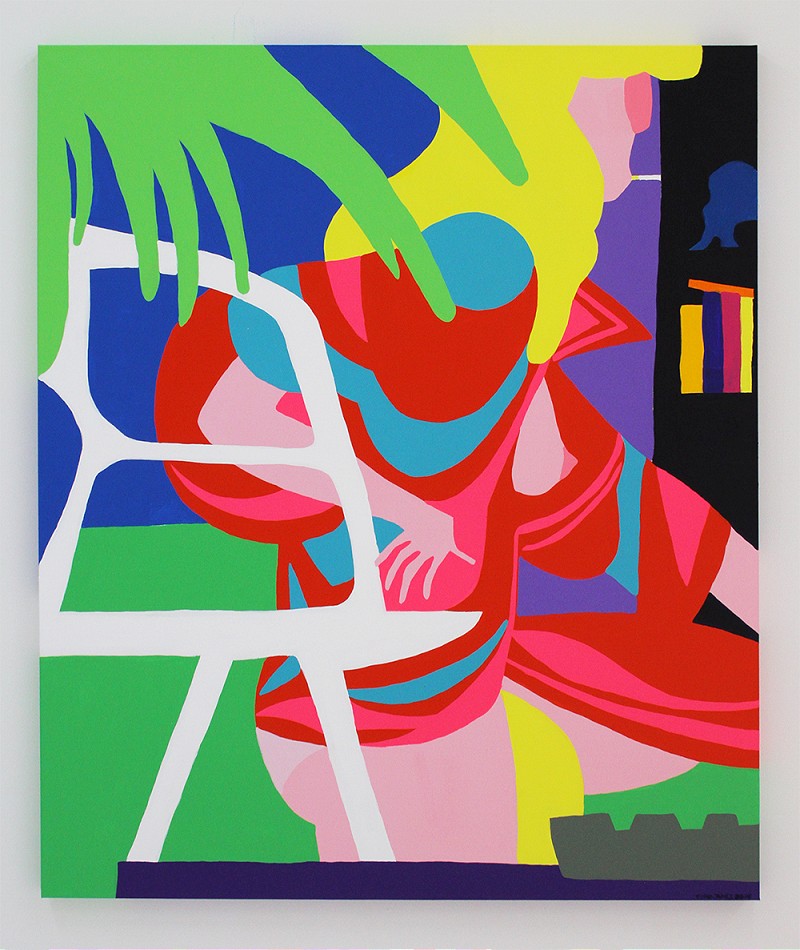 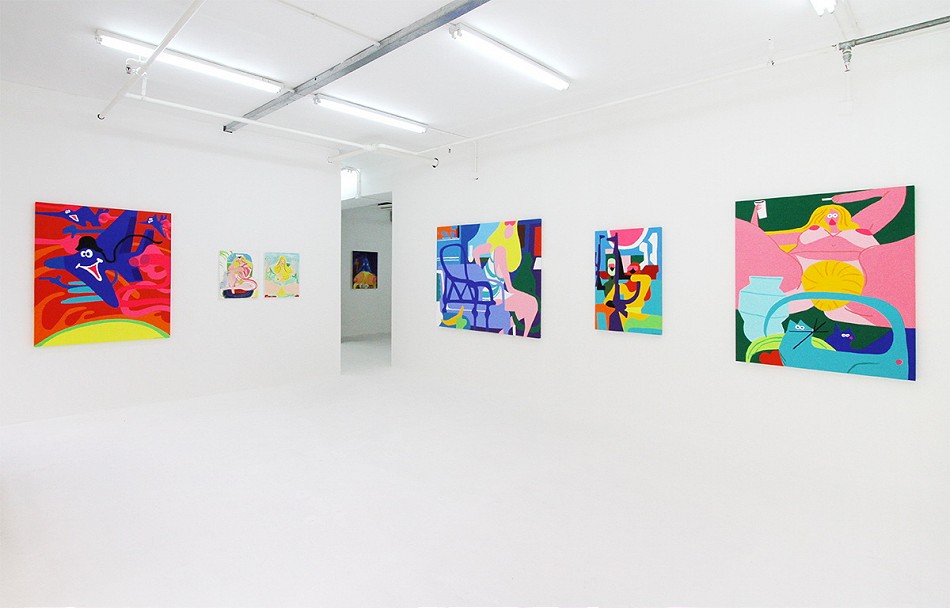 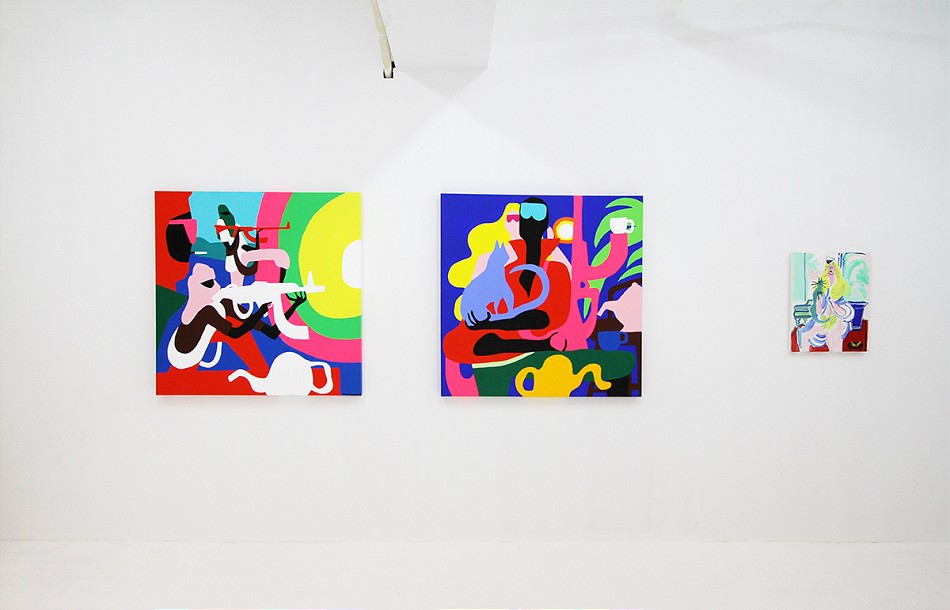 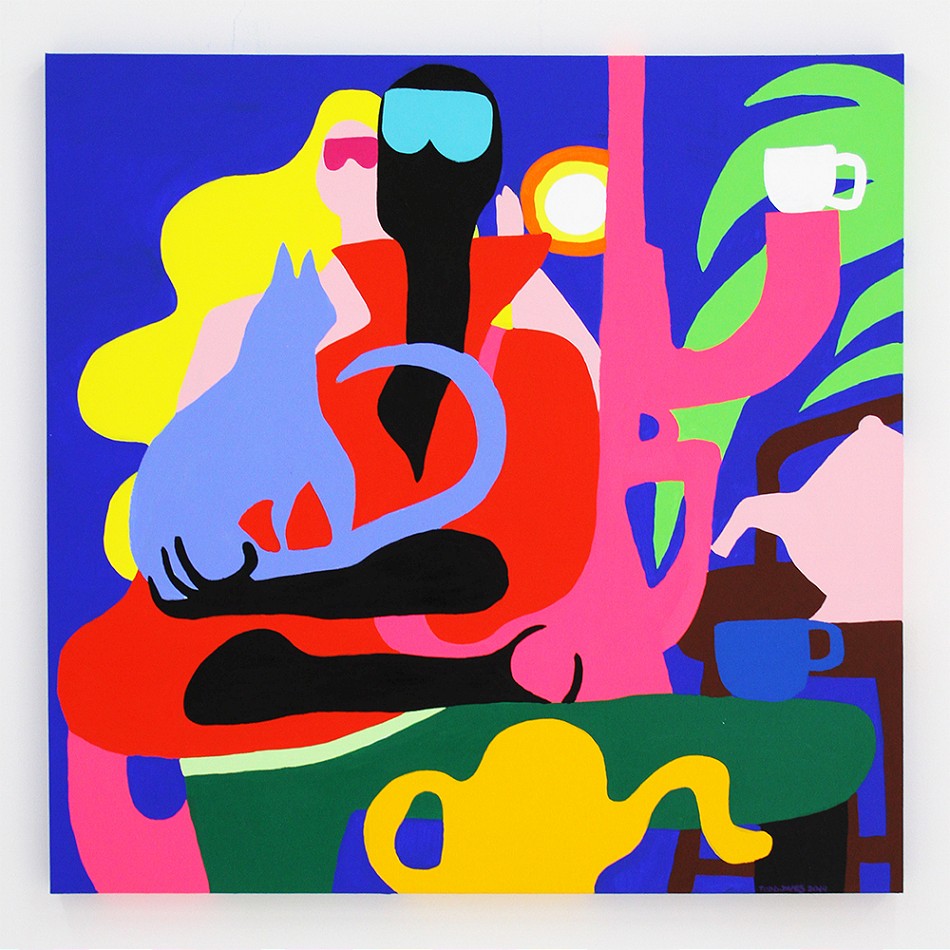 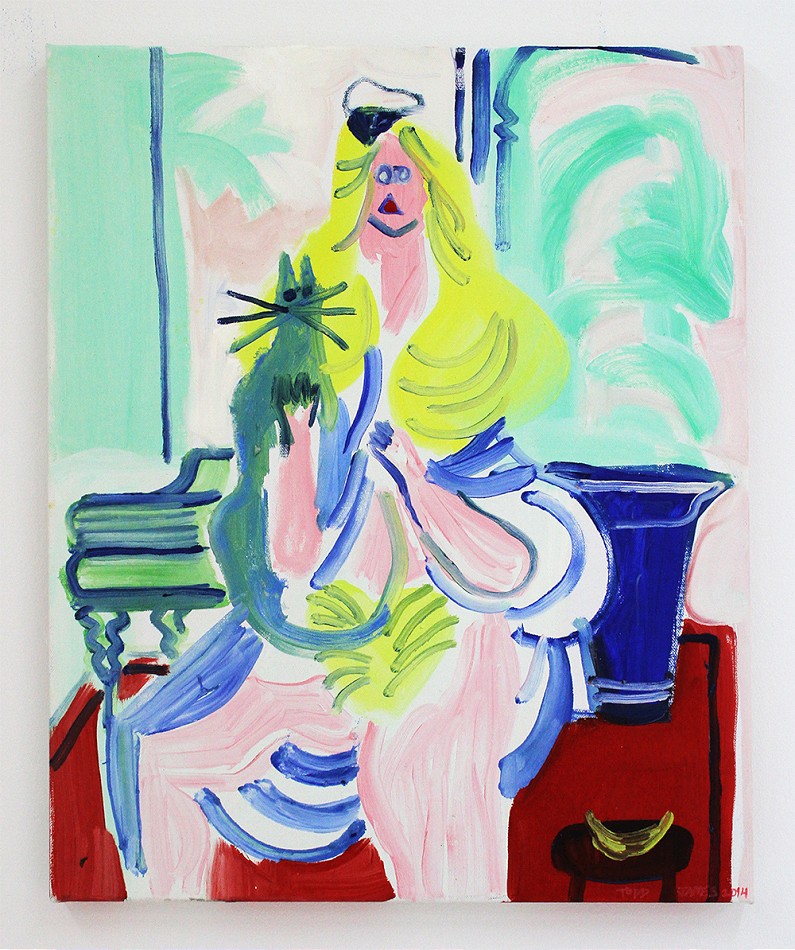