After roughly three weeks of intense work, Os Gemeos recently finished their new mural for the Vancouver Biennale (Part I, Part II). The six large silos they painted on Granville Island continues their ongoing series of large murals titled Giants, and is now officially their biggest one to date. Covering the entire 70-foot (21 metre) tall structure, this incredible piece of work is their contribution to Biennale’s strong connection with sculpture.

For this non-profit public art project, Octavio and Gustavo Pandolfo have donated a month of their time, right after opening their recent solo show at Galpão Fortes Vilaça in Sao Paolo (covered). The twins spent the final days adding numerous details to their characters – pockets, stiches, buttons, shoes, fabric patterns, all by using lots of bright colors and by painting more and more signature yellow faces. Using the architecture of the silos, the giants are all kneeling with four of them facing one way, and the other two facing the other way, giving the finished work a full 360 degree identity.

Fans of the Brazilian artists can still show their support by donating money through the Indiegogo campaign, with the goal being to cover the expenses of this enormous project. In return, they can receive anything from a simple “thank you,” a copy of official limited edition lithograph approved by Os Gemeos, or even a chance to claim the “ownership” of one of the Vancouver giants. 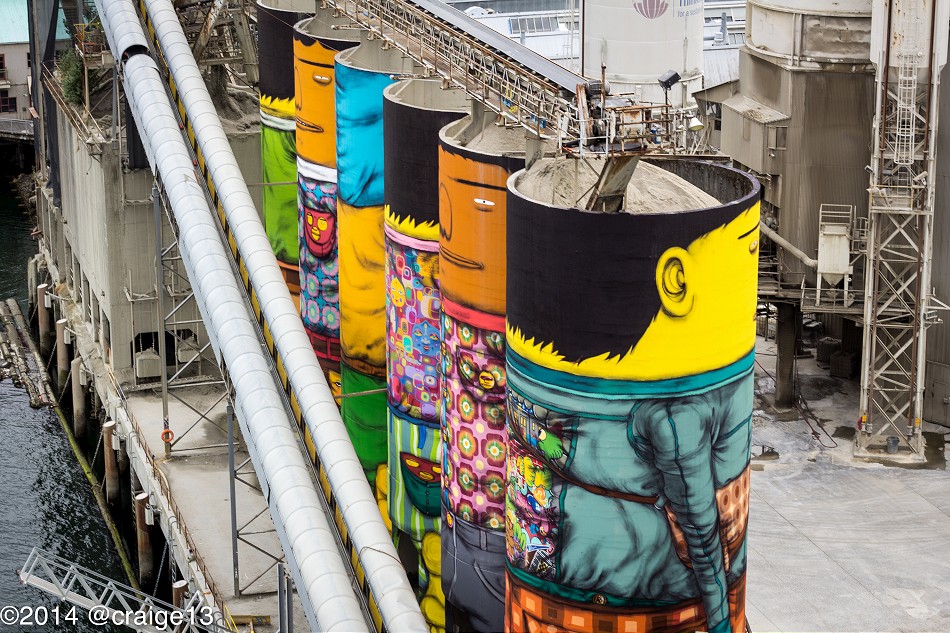 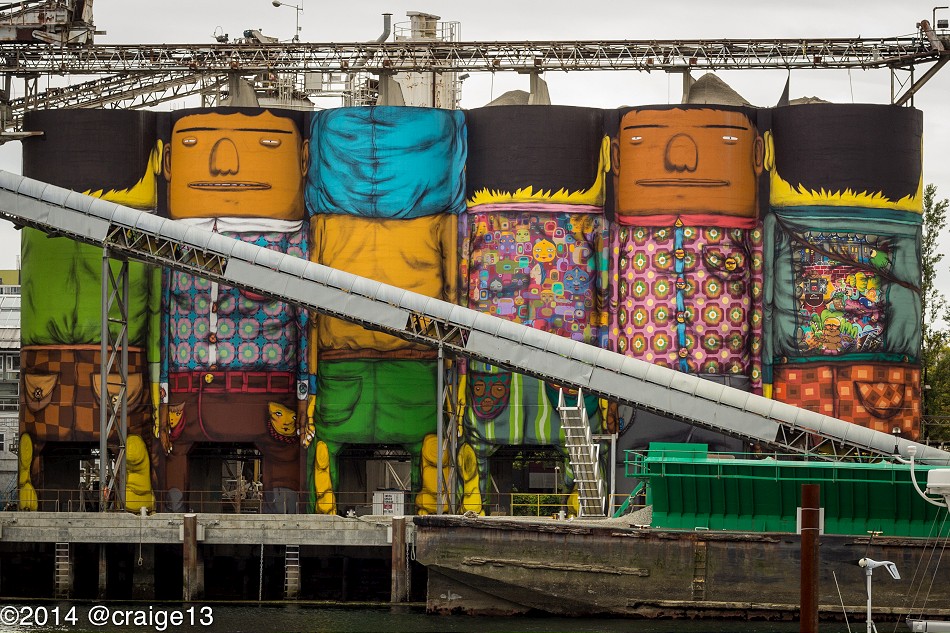 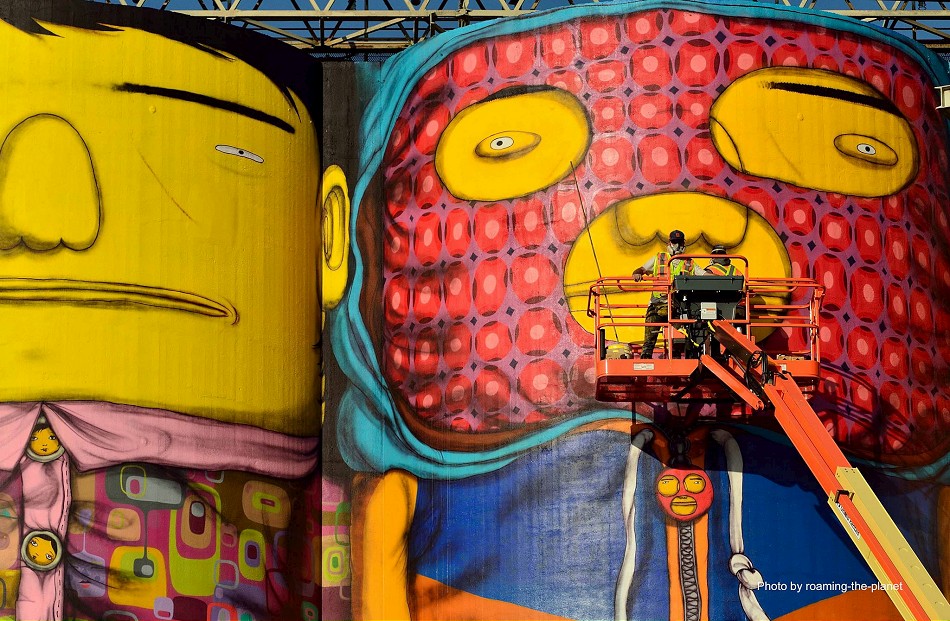 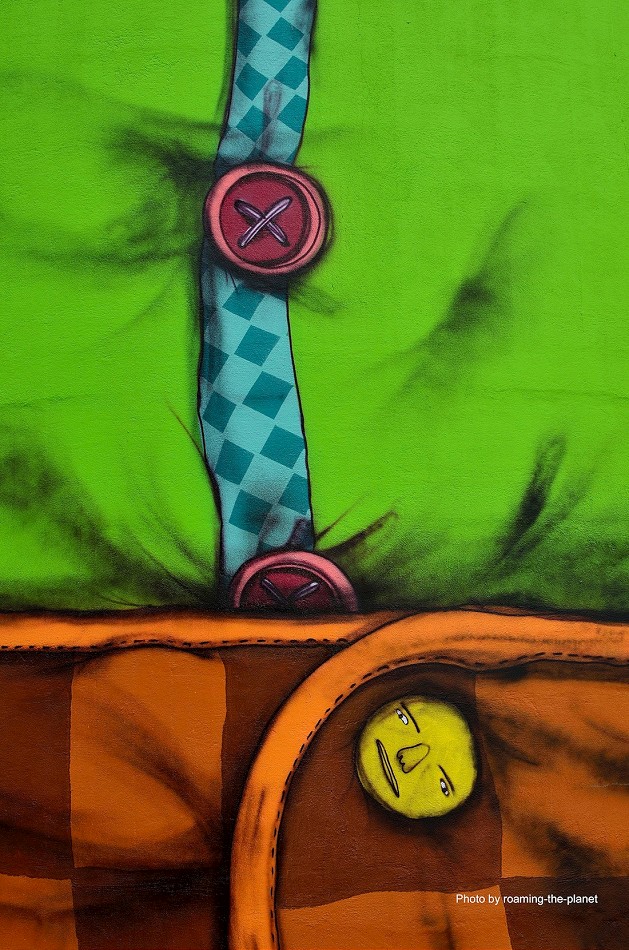 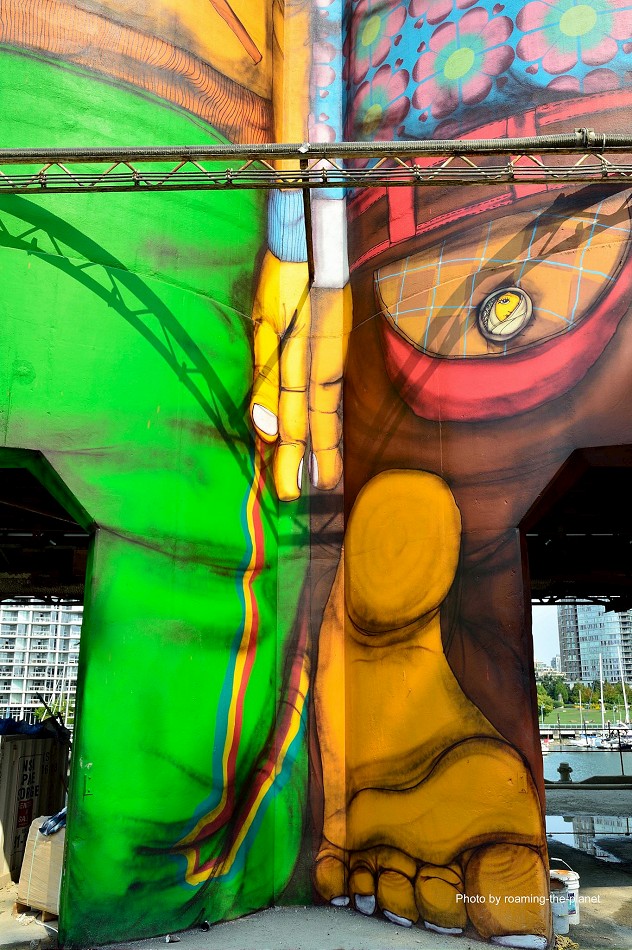 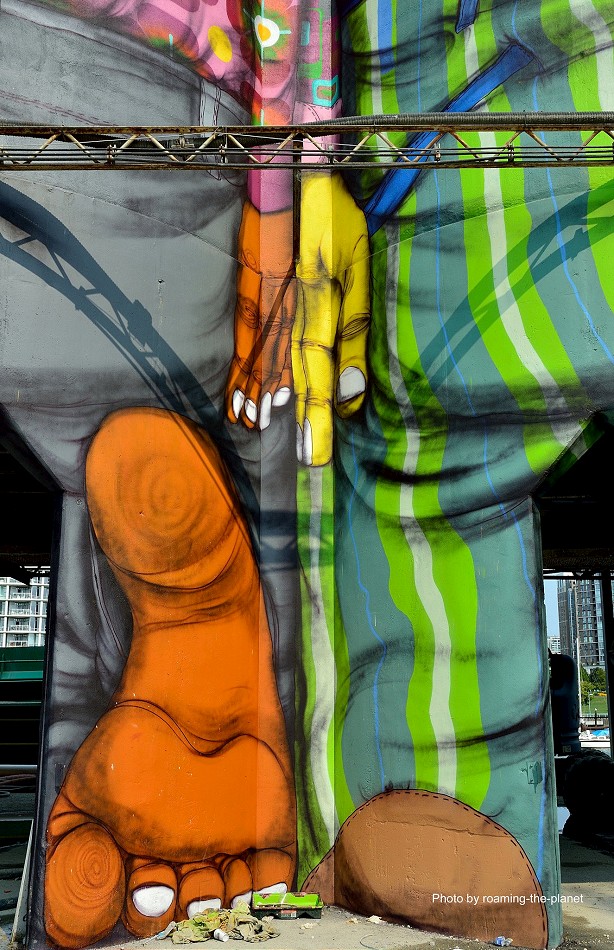 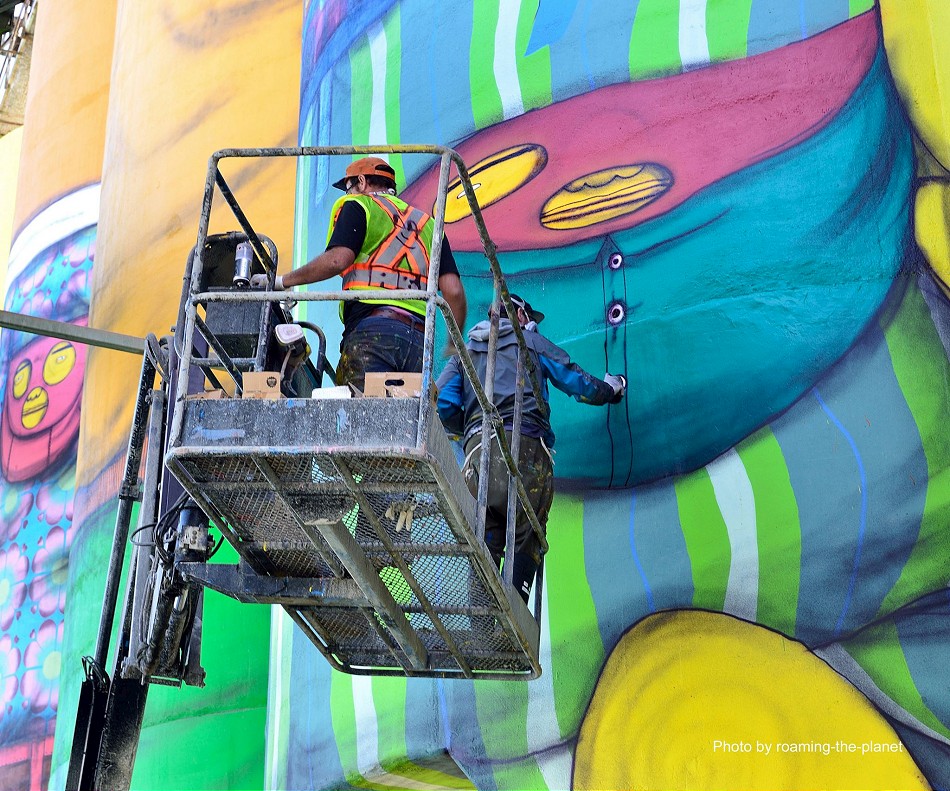 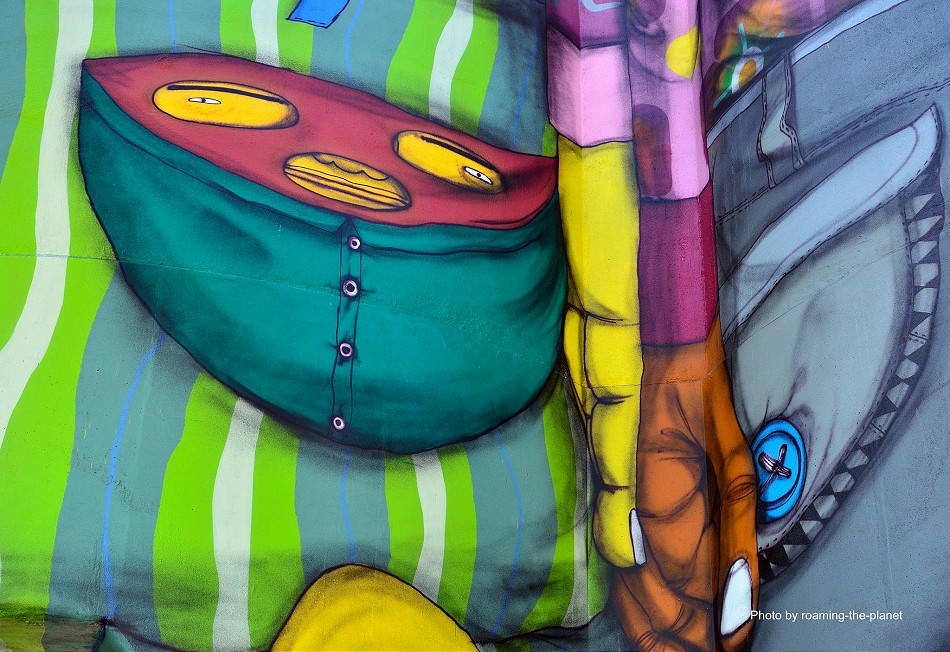