Earlier this month, Alex Gross (interviewed) presented a new body of work at the Jonathan LeVine Gallery in New York, site of his last showing in the Big Apple in 2012 (covered). As we saw in our studio visit with the Los Angeles-based painter last month, much of the new work continued to delve into mankind’s present course in history as we have become inundated with advertising, propaganda, and new technology. As has often been seen in his work before, the beautifully rendered portraiture often featured layers of repeating motifs like Candy Crush candies, organic elements, and floating heads, as well as symbols of commercialism in the products being used or consumed. Rounding out the show were more additions to his cabinet card series where he cleverly modifies the original photos to recognizable characters of pop culture and history. 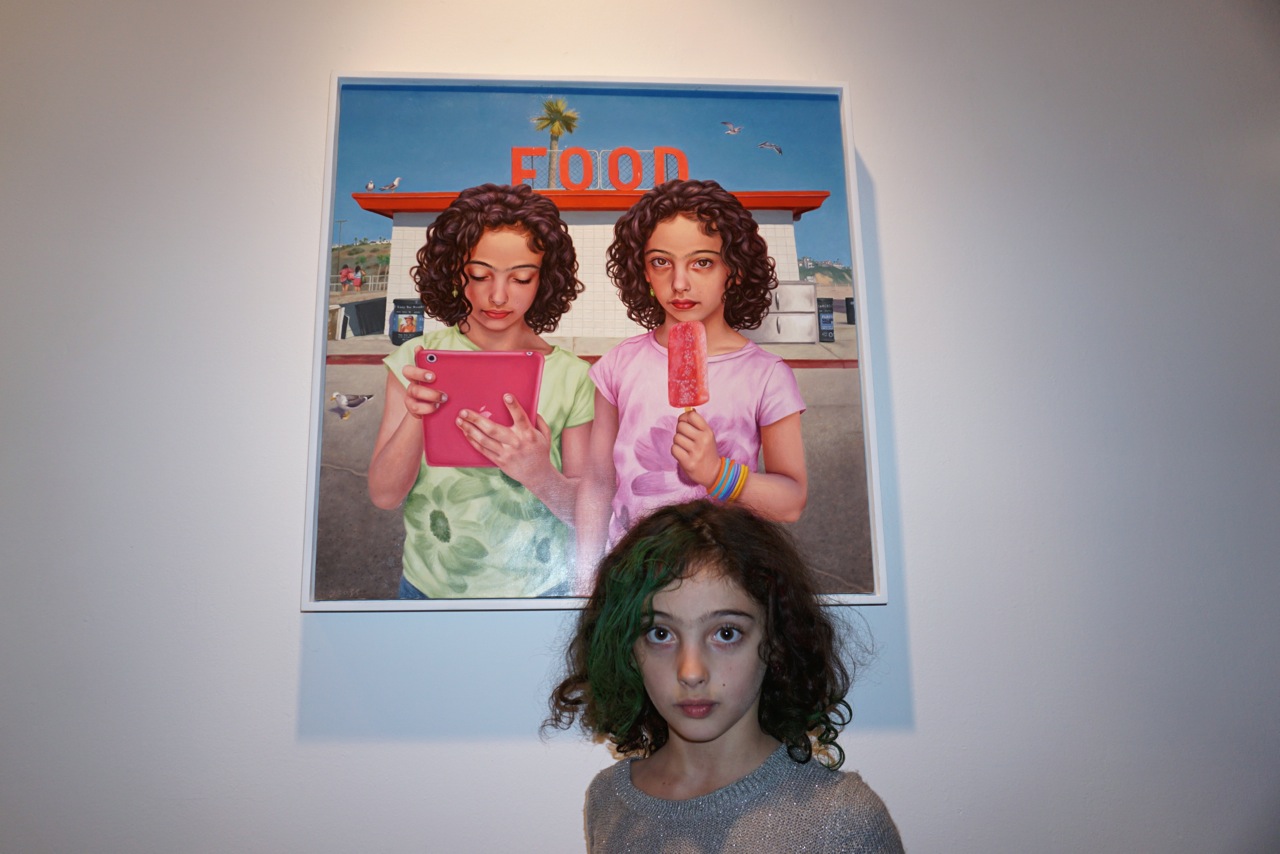 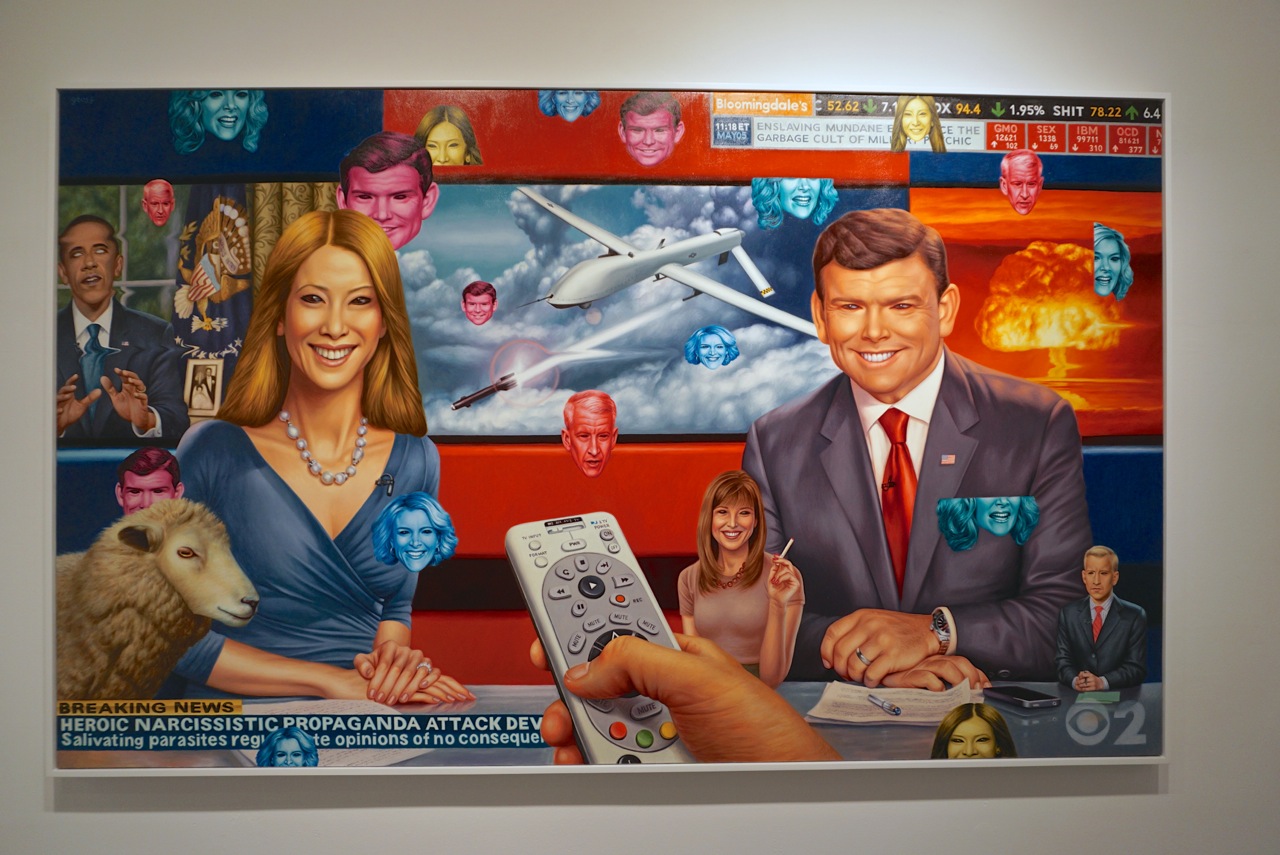 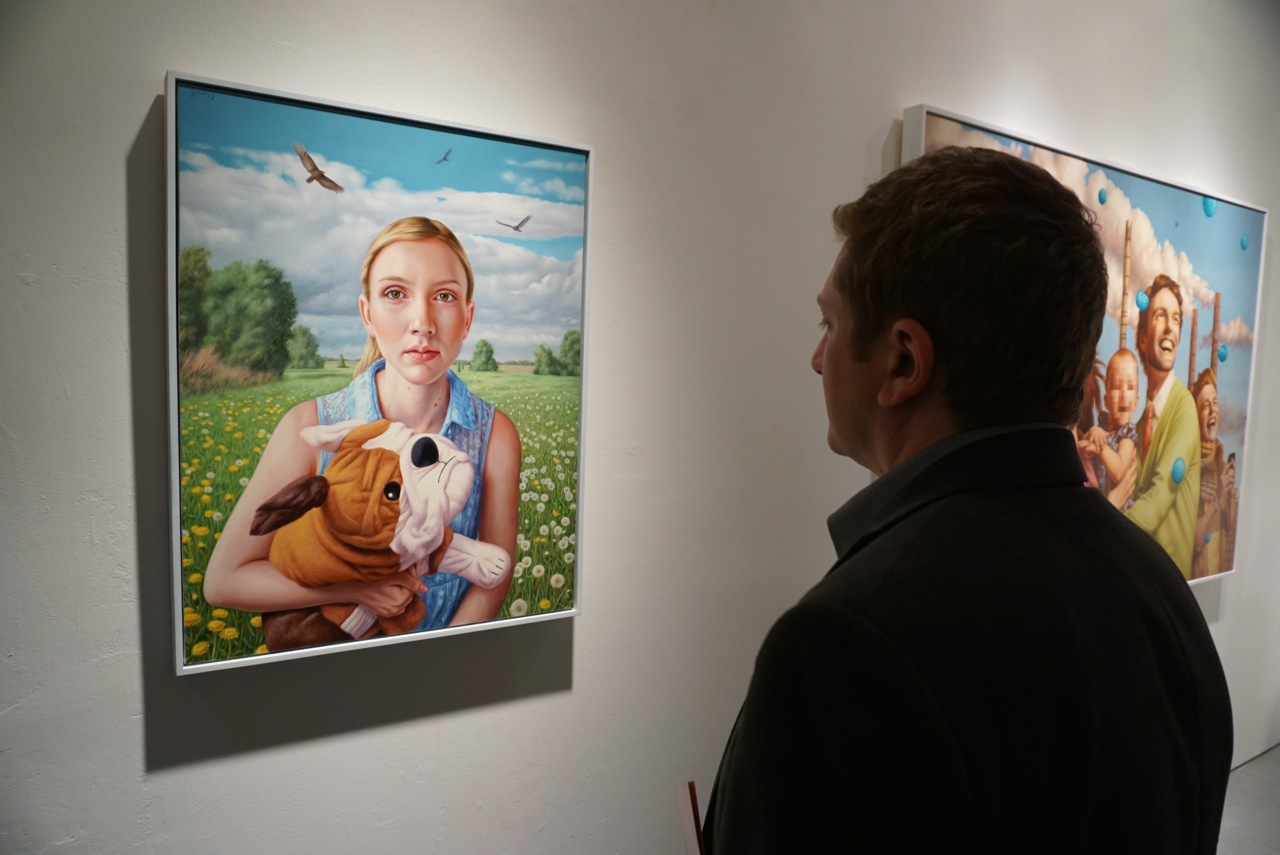 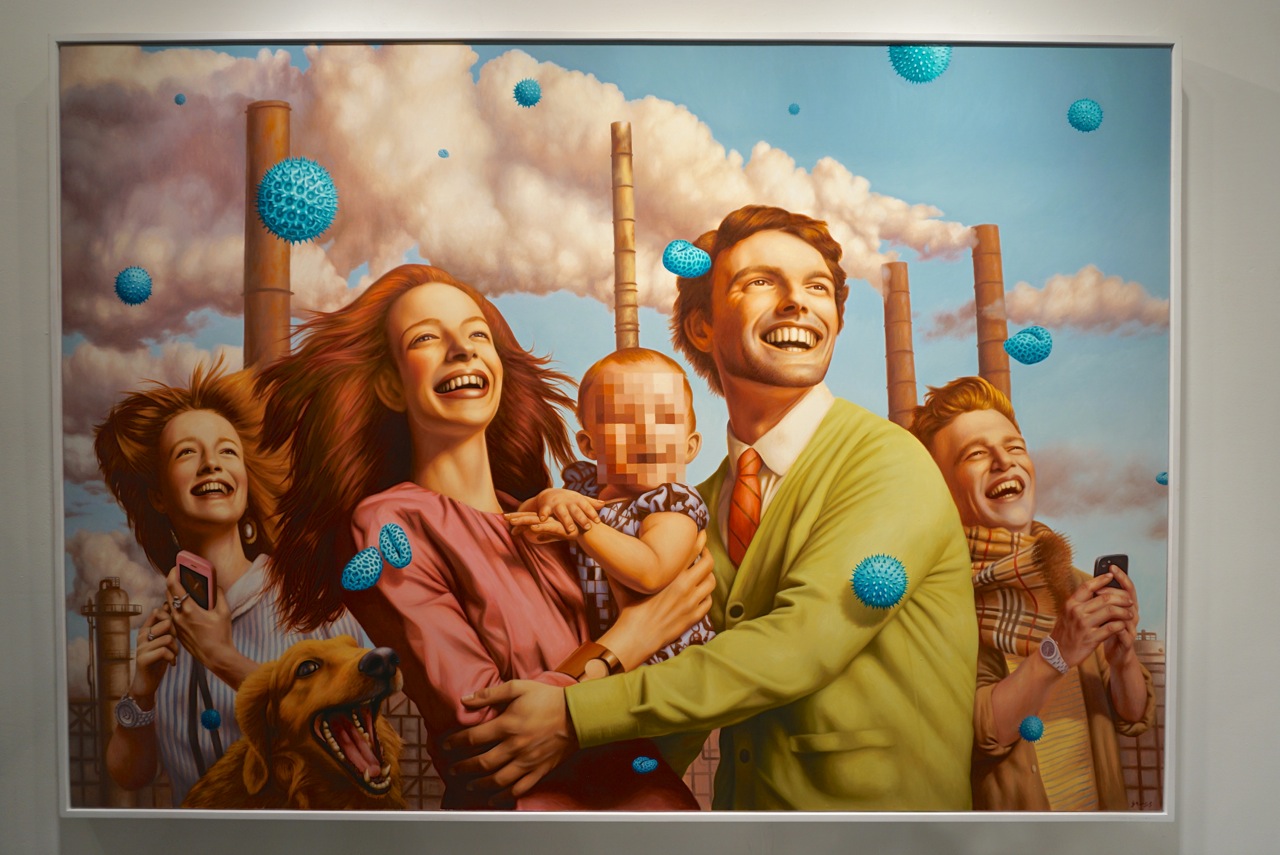 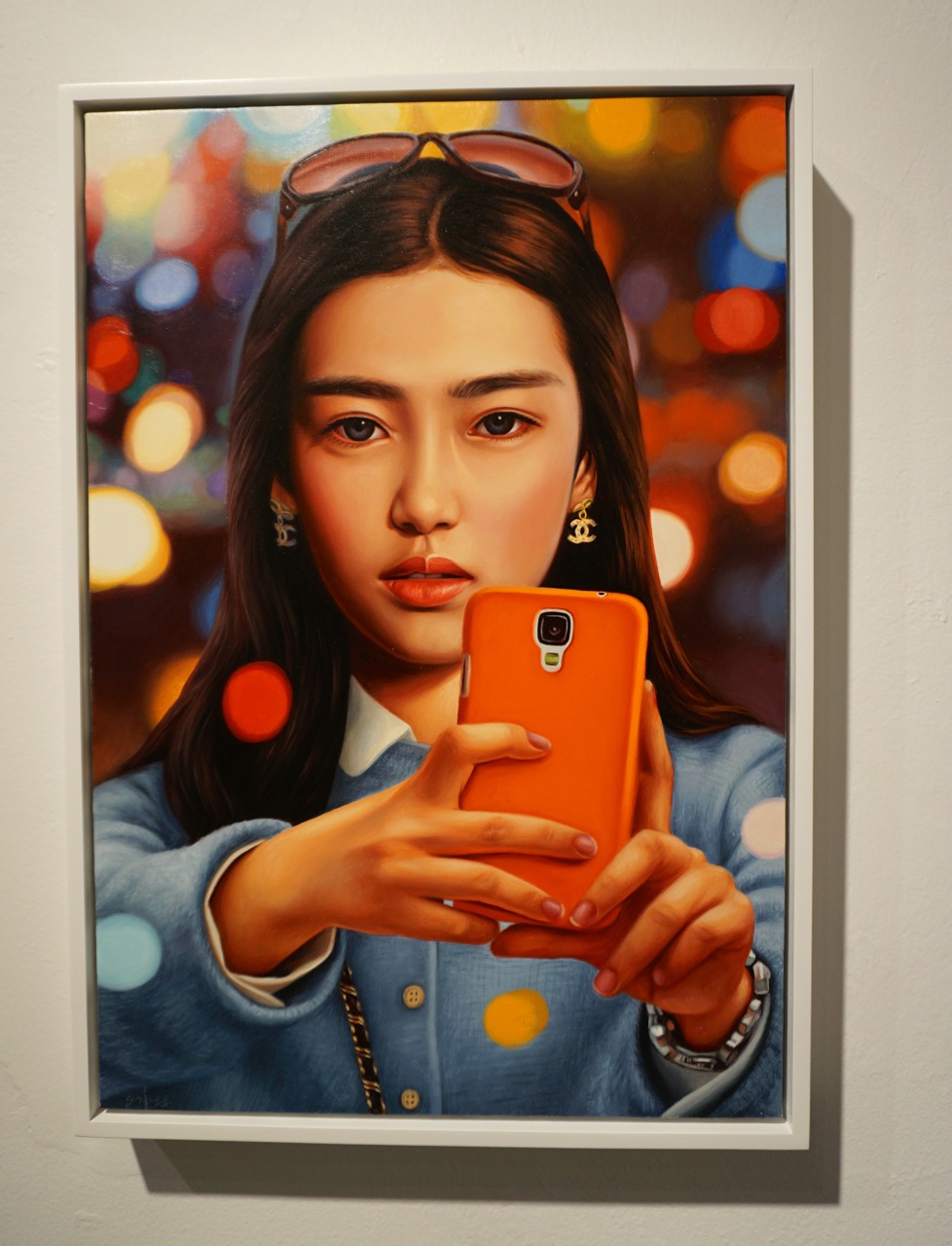 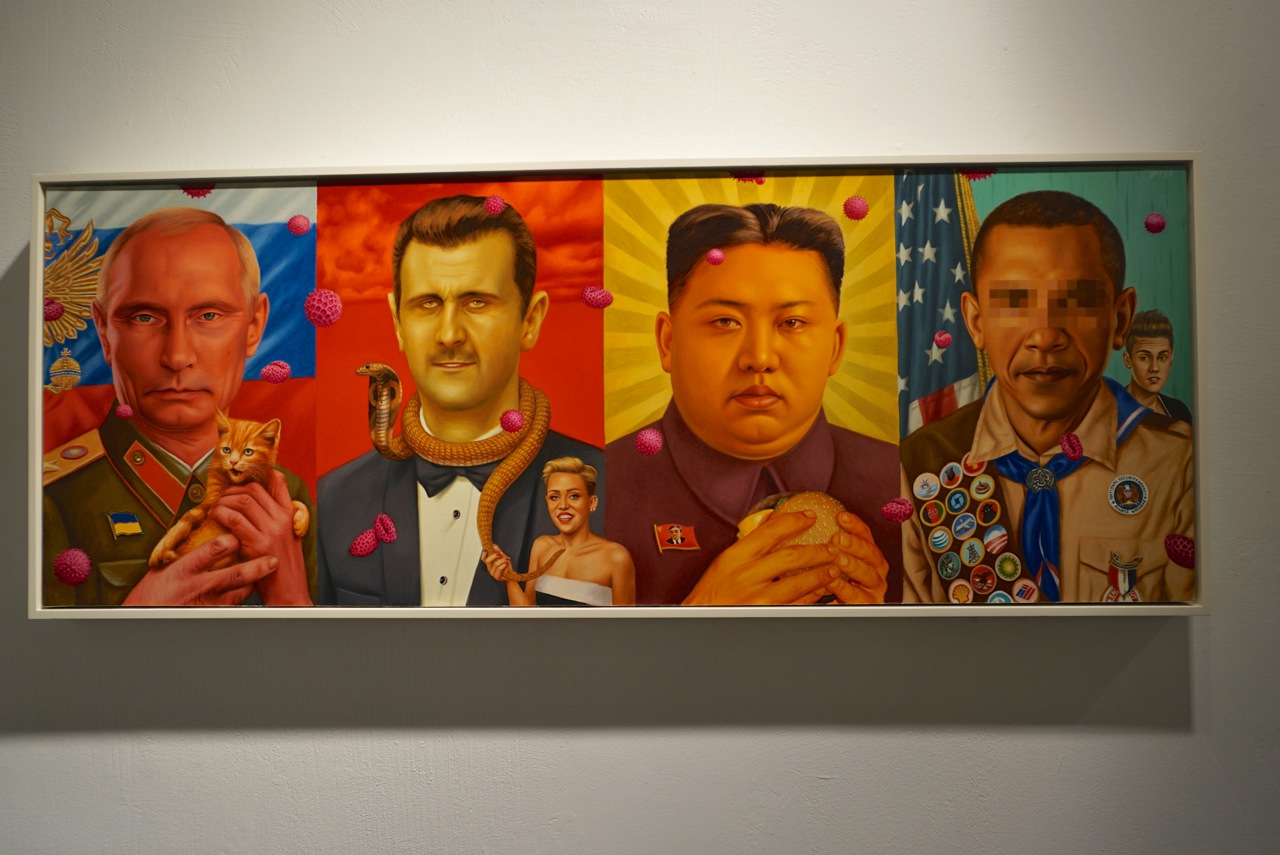 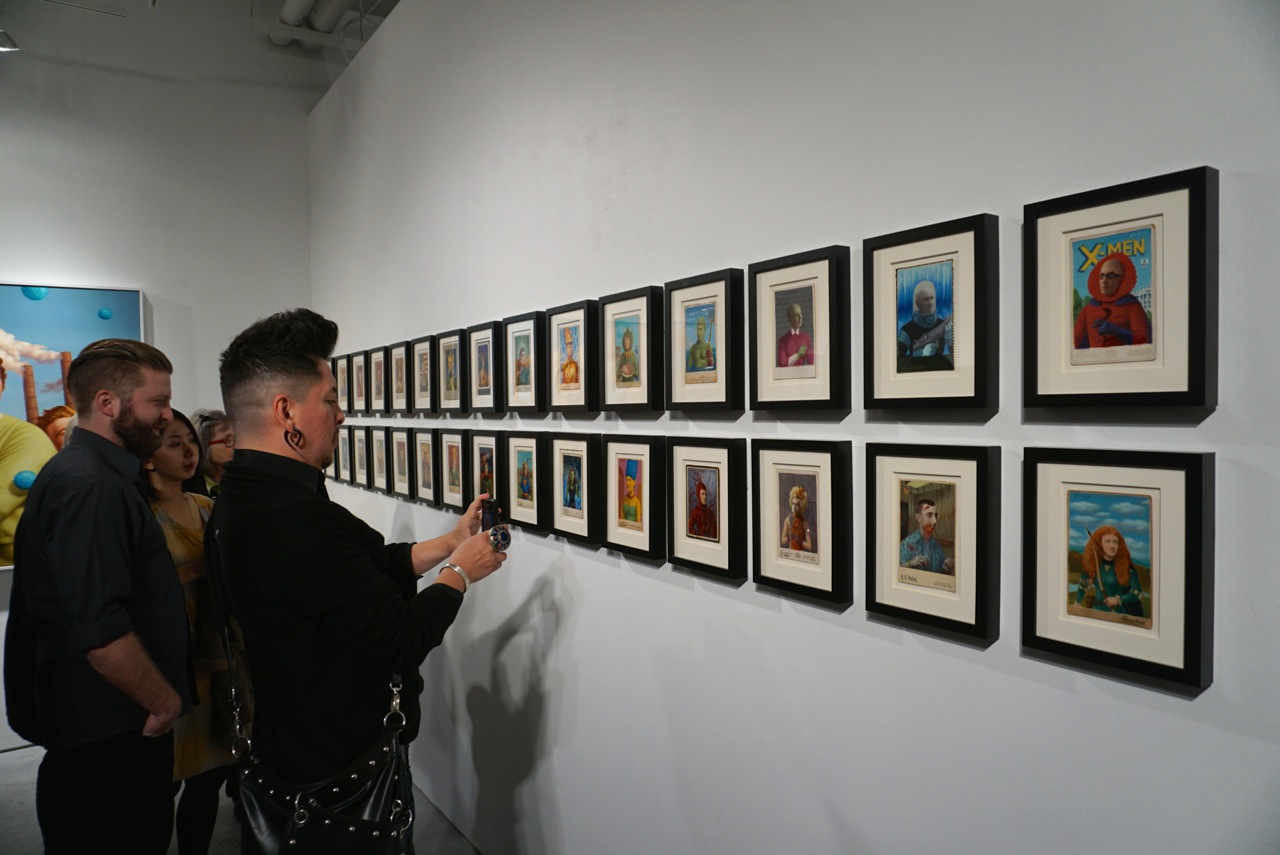 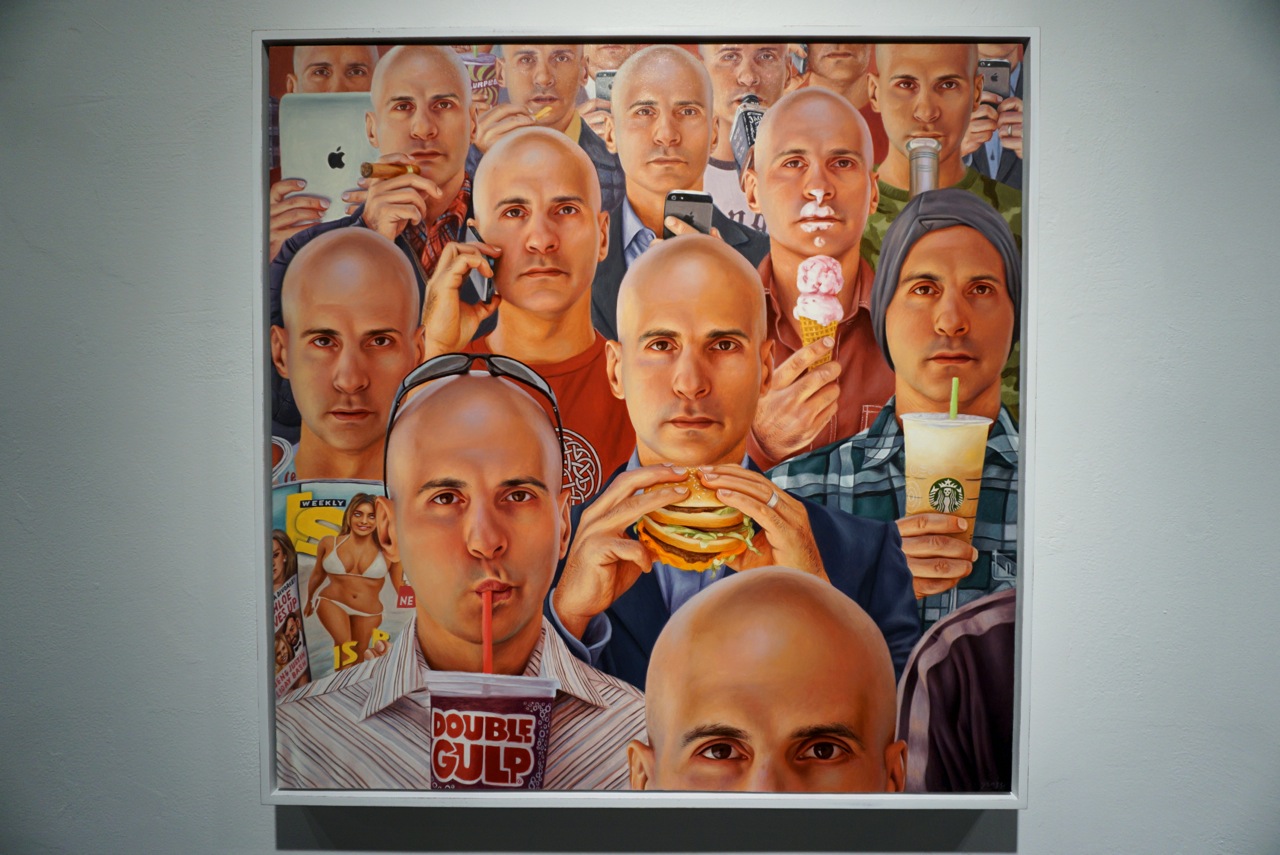