Conor Harrington’s (interviewed) run in New York City included not only outdoor works (here & here), but also culminated in a riveting exhibition in SOHO. Entitled Eat and Delete, this show continued the previous themes from the Irish artist’s 2012 solo Dead Meat (covered). With 10 large-scale canvases alongside 5 unique portraits, Harringon keeps his artistic investigation going on the historic European superpowers and exposes the hypocrisy of their empire because of the status and wealth accrued through leas than savory means.

The UK-based artist utilizes a unique blend of talents that fuses his street art skill sets with meticulous fine art preparation such as set construction and photography prior to even painting. Showing alongside the painted works were four distinctive film produced with long-term collaborator Andrew Telling. Three were of Harrington’s past projects and the new one featured his latest creative endeavor. 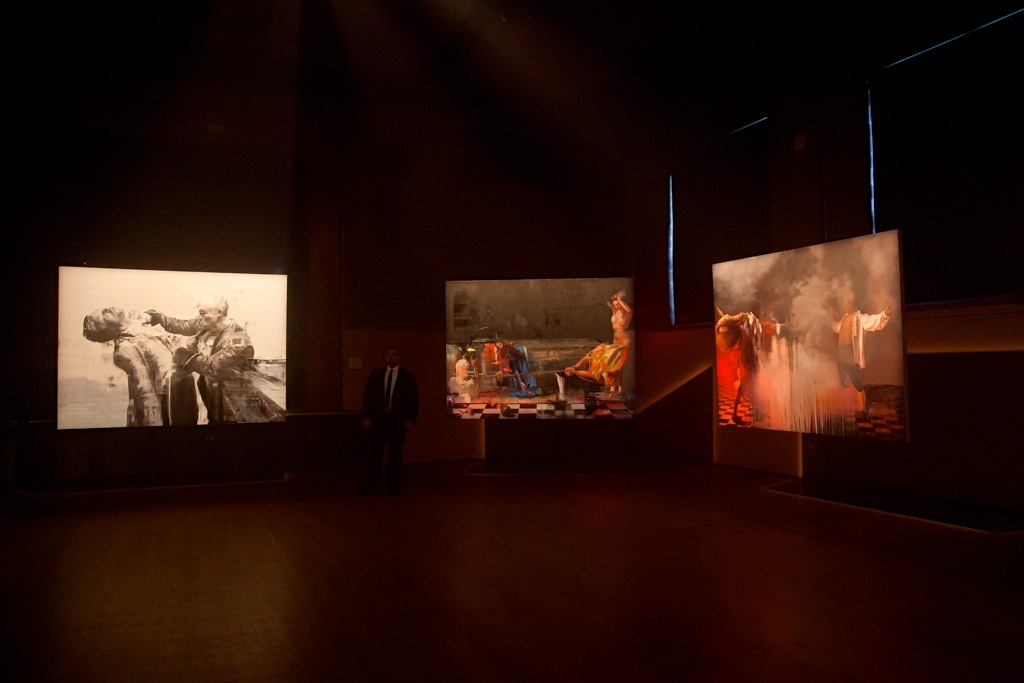 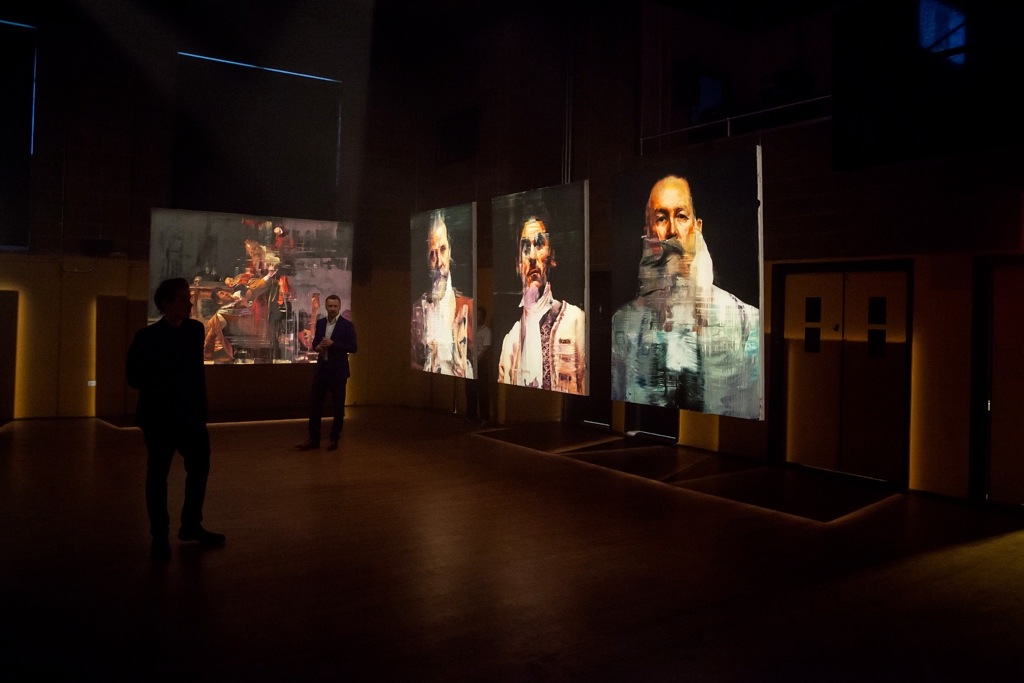 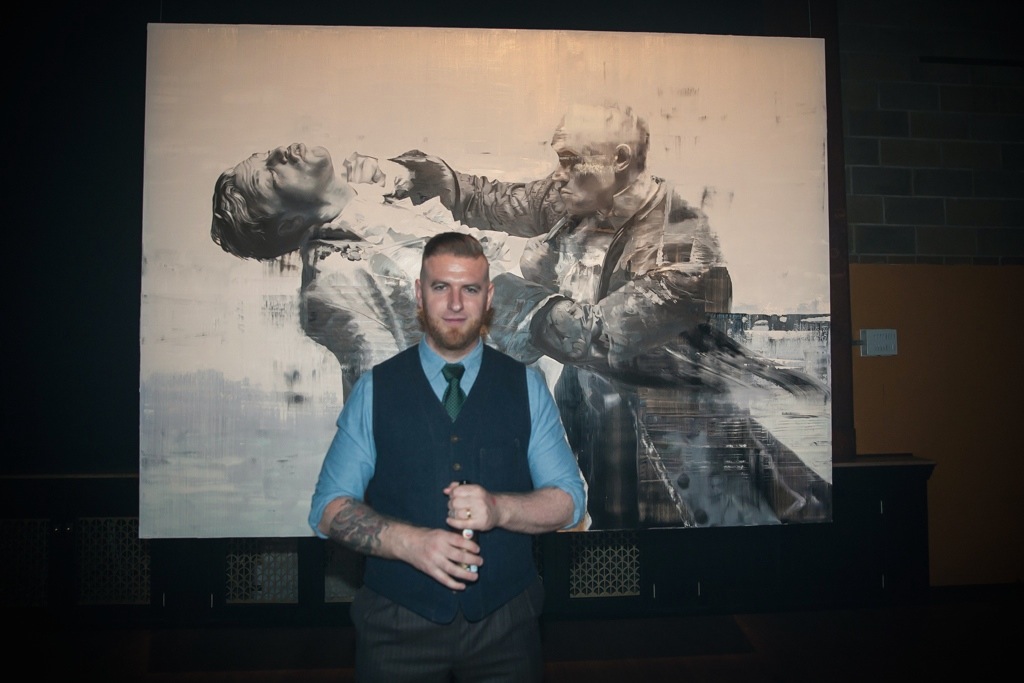 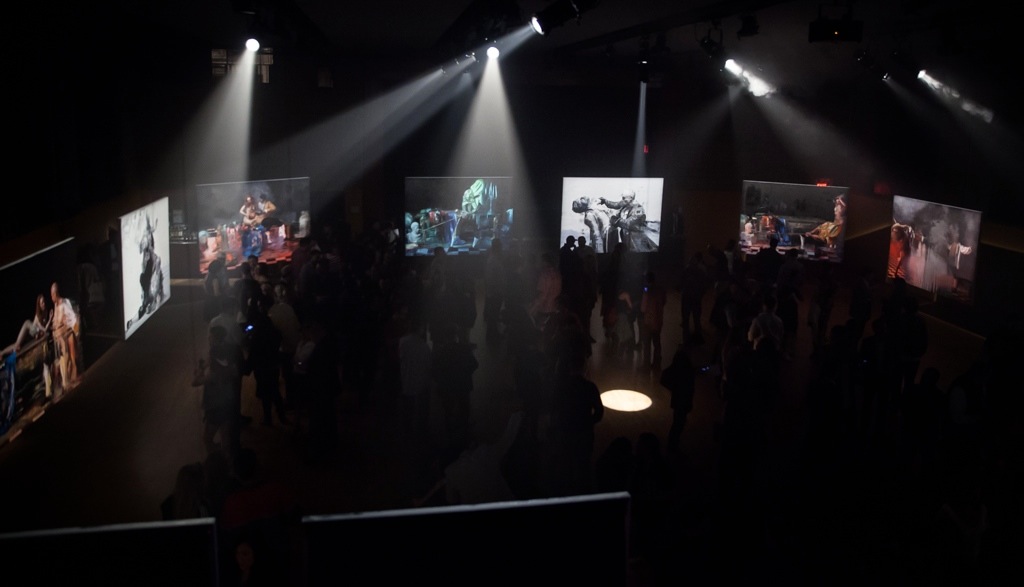 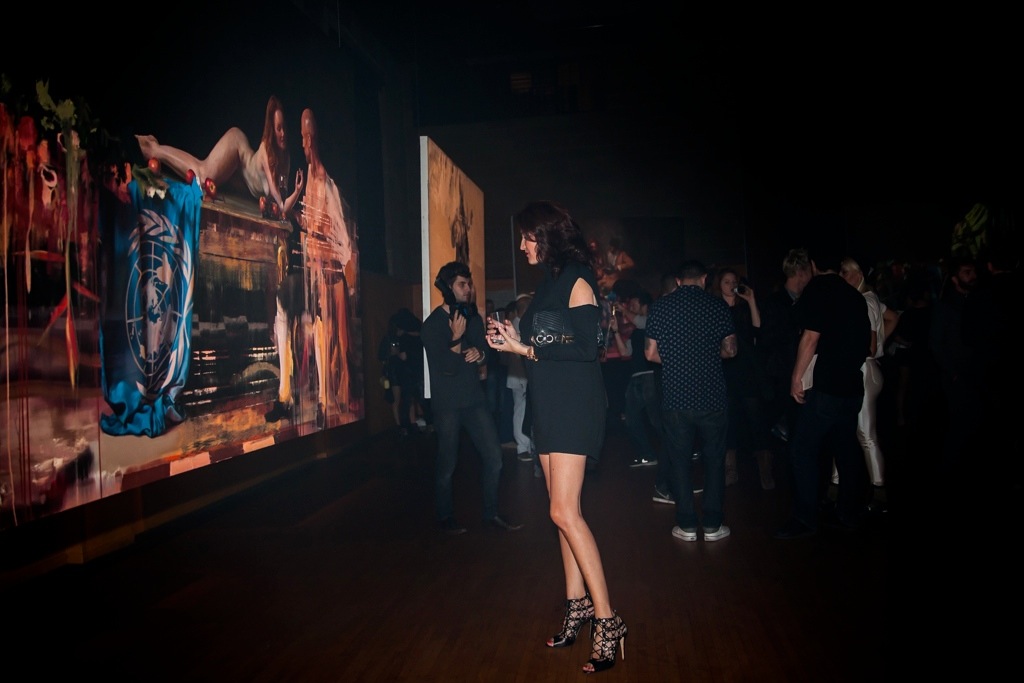 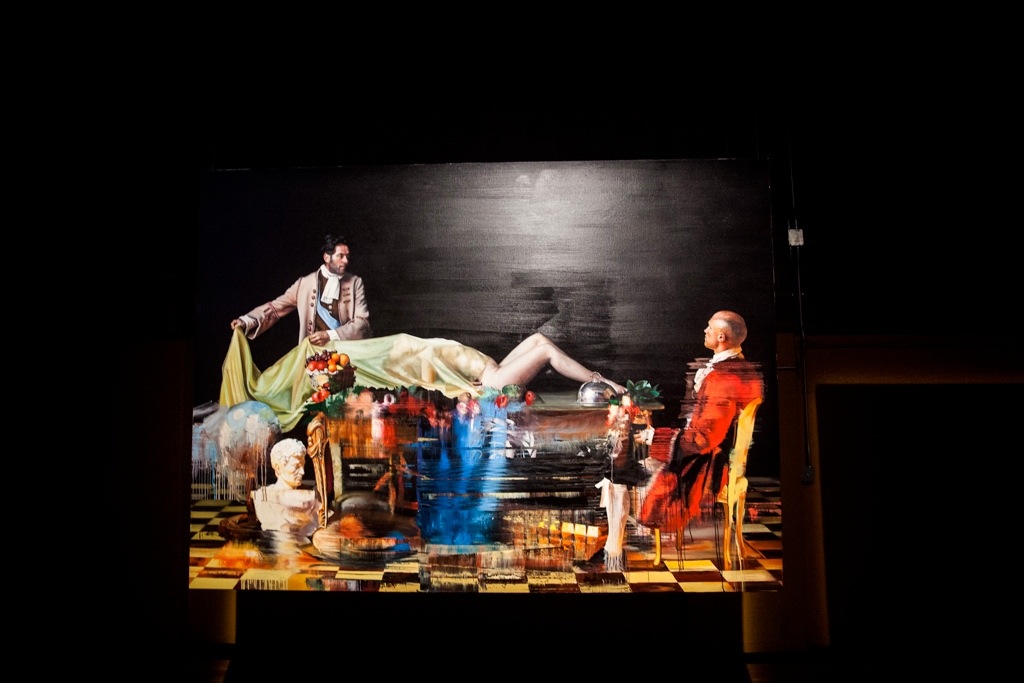 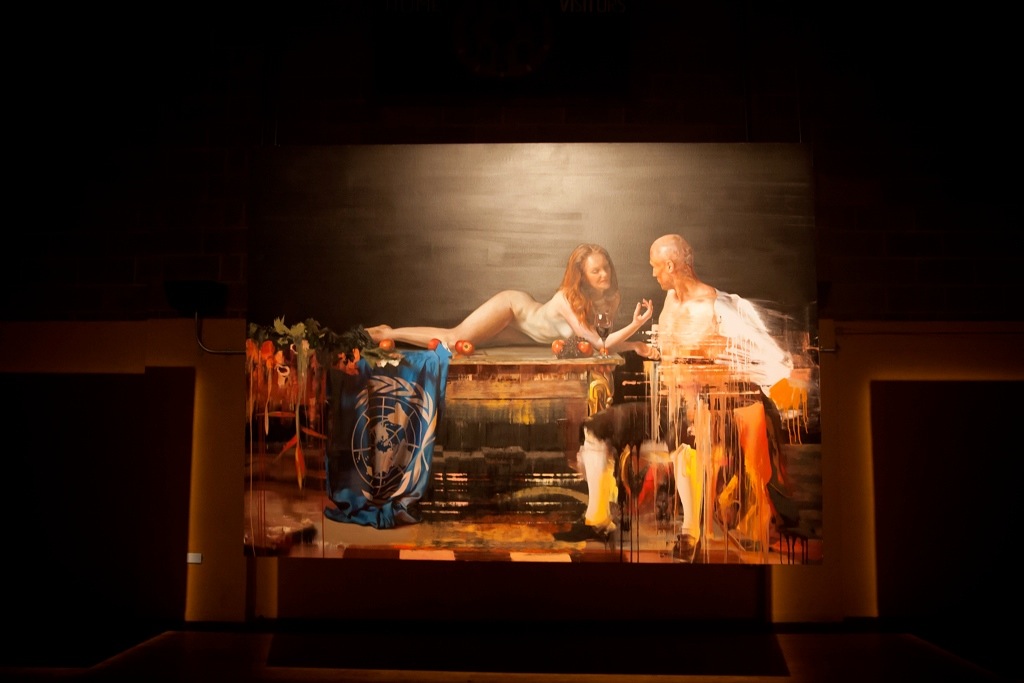 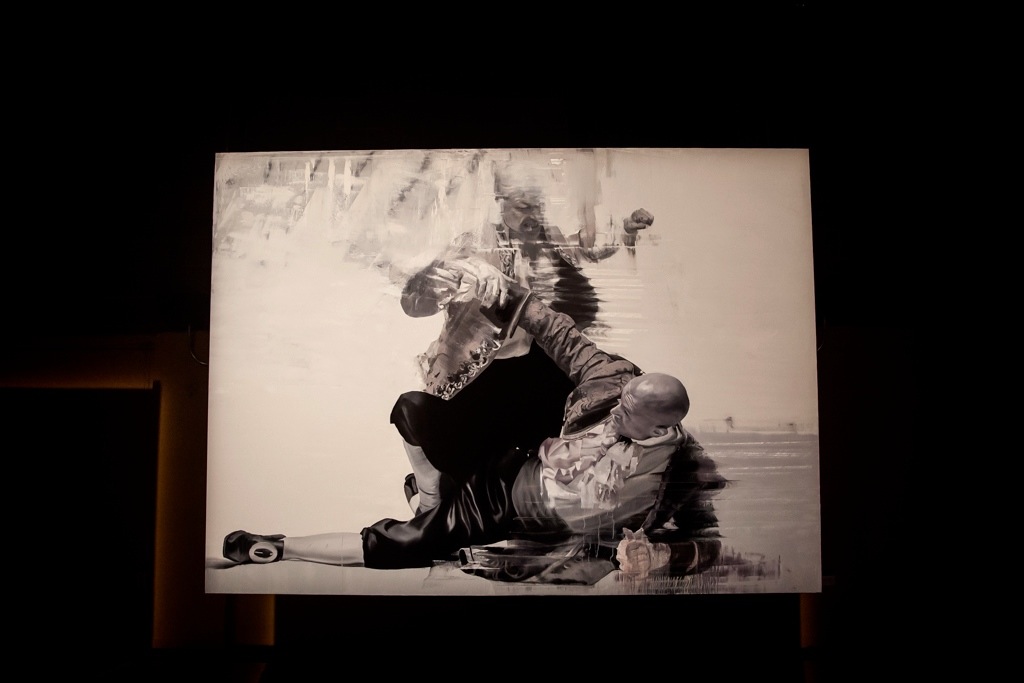