Andrew Mackenzie’s connection to his environment is worn plainly on his sleeve. The artist is based in the Scottish Borders, where the nature-rich source imagery for his beautifully rendered oil paintings is found in abundance. His work explores the connectivity between the natural landscape and the built environment, and interestingly all of the oil-painted scenes are given a viewpoint from an edge; be it the edge of a lake, a forest, a road or a mountain.

Mackenzie’s work depicts an inclination towards abstraction, and through the use of hard-edge shapes and geometrical forms he represents man made structures within his naturally biased compositions. His paintings also commonly contain a further ‘edge’ within the bold white letterboxing of his canvas in an abstract reference to the horizon. Mackenzie challenges traditional landscape painting, whilst his depicted imagery equally challenges the convention of the ‘real-world’ traditional landscape by juxtaposing a seemingly natural environment with an overlaid and intertwined contrasting series of linear forms representing manmade elements.

His structures are generally modernist. In architectural terms, these simple linear forms blend into a traditional landscape more congruently than an attempt to recreate nature’s own form. Mackenzie’s wire-framed additions are not presented or viewed as being obtrusive, but rather their appearance demonstrates a sympathetic fragility at the point of connection to the otherwise beautifully rendered natural landscape. The geometrical, but slightly alien forms enrich his painted environments – just as well conceived architecture can do. In architecture, we celebrate our command of materials and mastery of form by manipulating natural materials into engineered shapes, taking away the kinks, bends and knots that are not pleasing to the eye. Mackenzie’s paintings celebrate similar themes and achievements, whilst acknowledging and respecting that which has come before.

Mackenzie has a solo exhibition entitled Veined with Shadow Branches opening this Thursday October 16th at Sarah Myerscough Gallery in London. Accompanying the oil paintings is a series of silverpoint pieces conceived in association with poet Ken Cockburn after the pair spent a day exploring the Ettrick Valley – a remote area in the Scottish Borders rich in literary, artistic and philosophical associations. The exhibition continues until 15 November 2014, and there is a reading of the poems composed by Ken Cockburn to accompany the monochrome works by Mackenzie on Saturday 8 November 2014 at 2pm.

Preview and studio images below come courtesy of the artist. 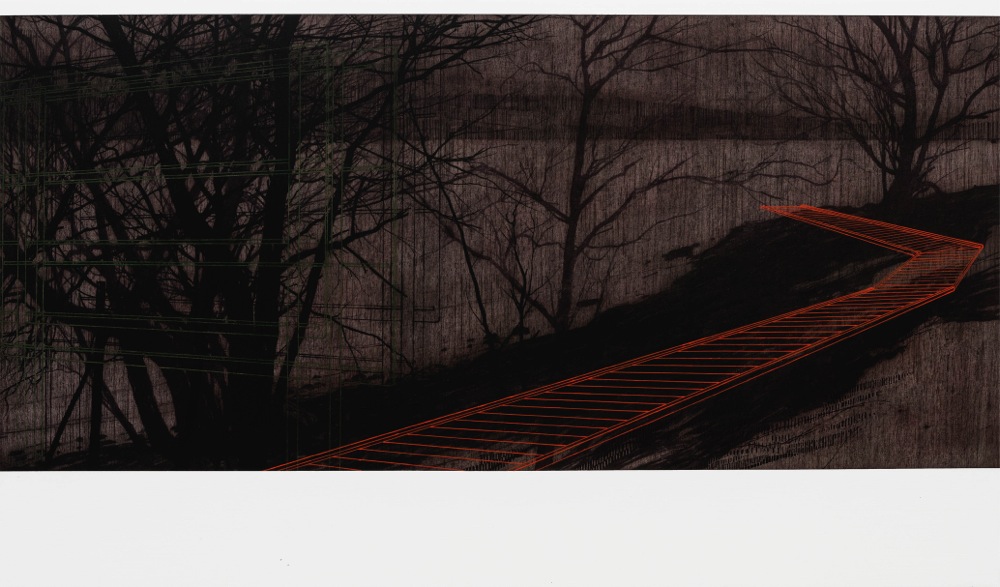 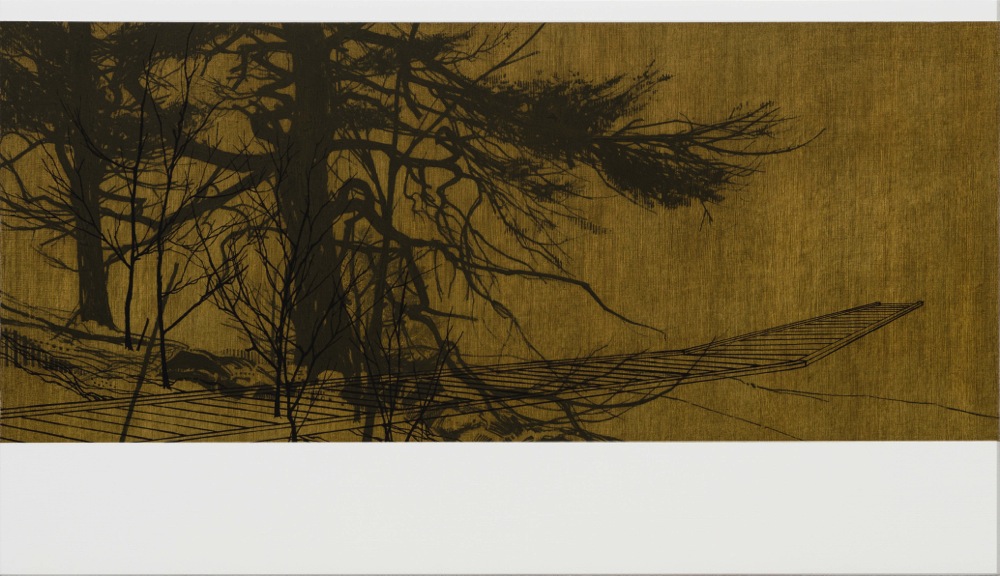 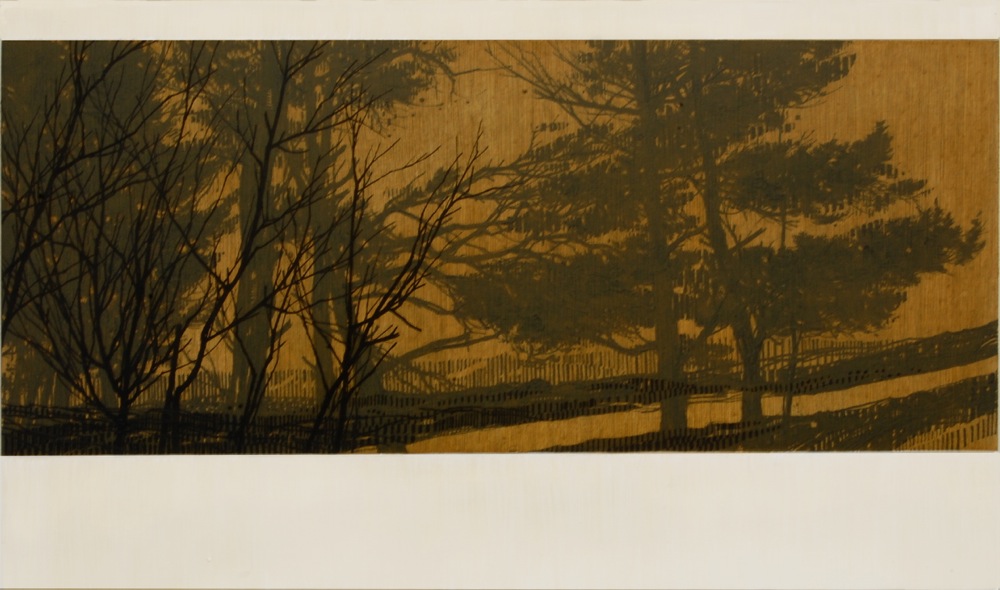 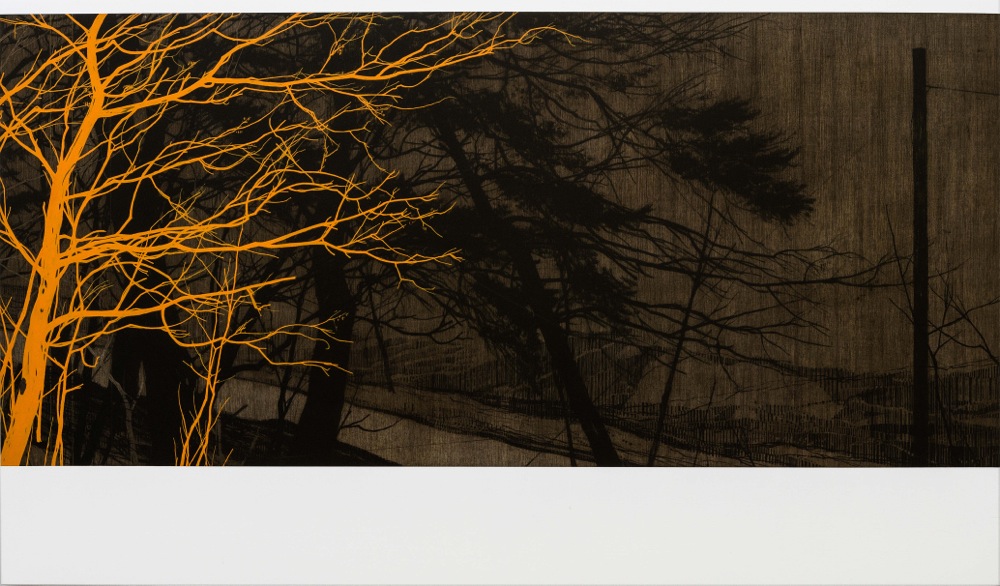 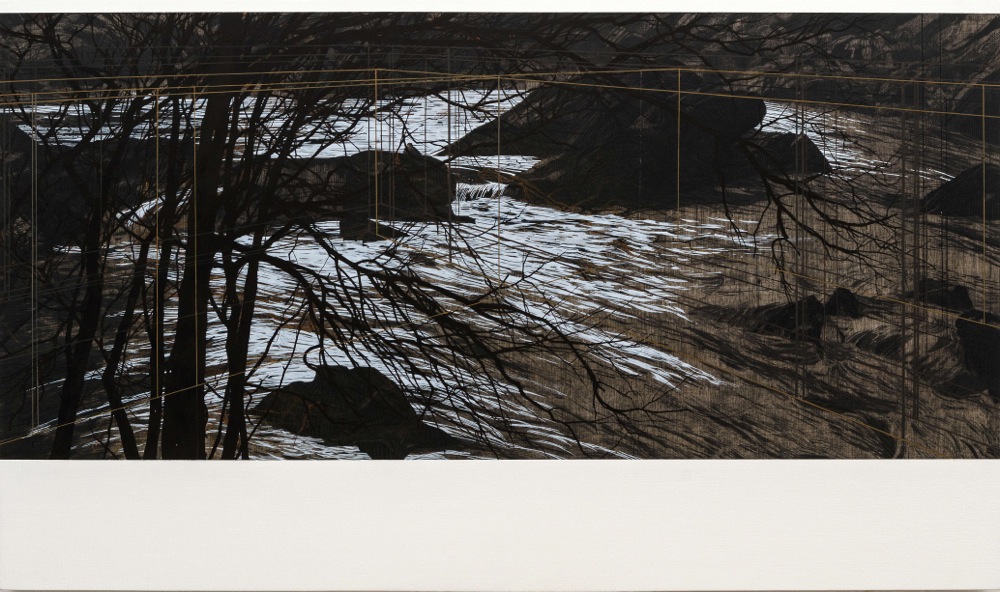 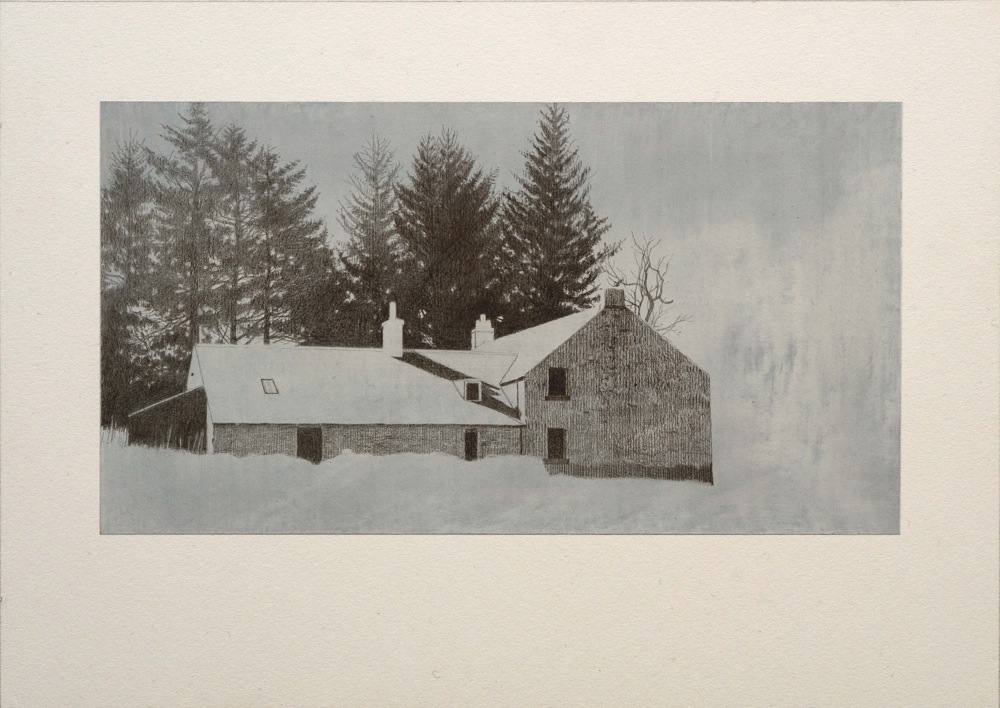 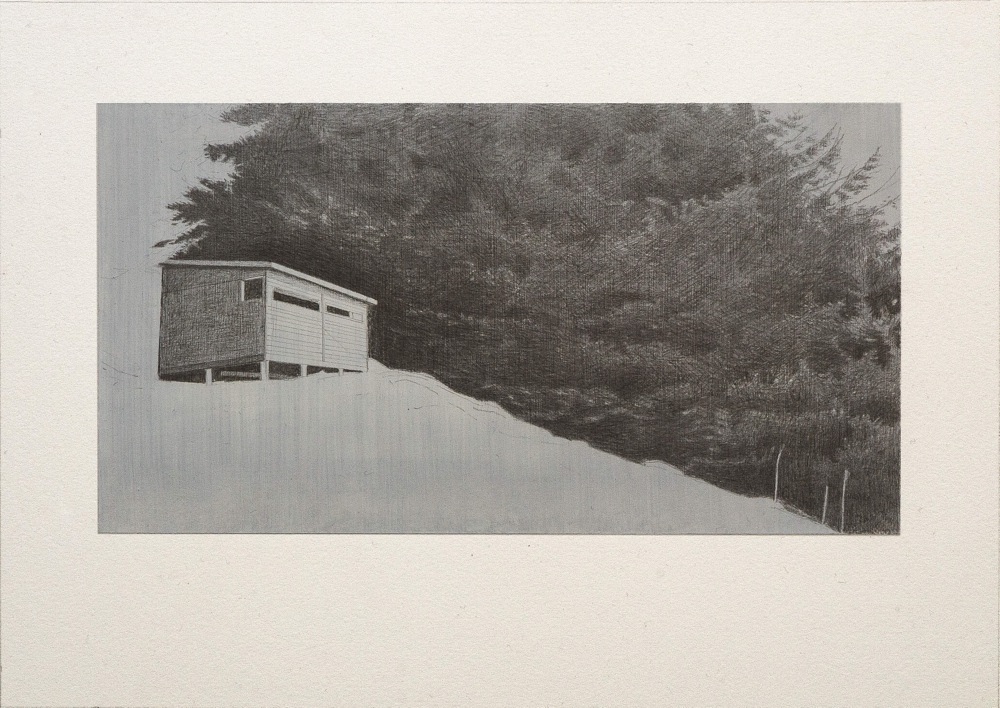 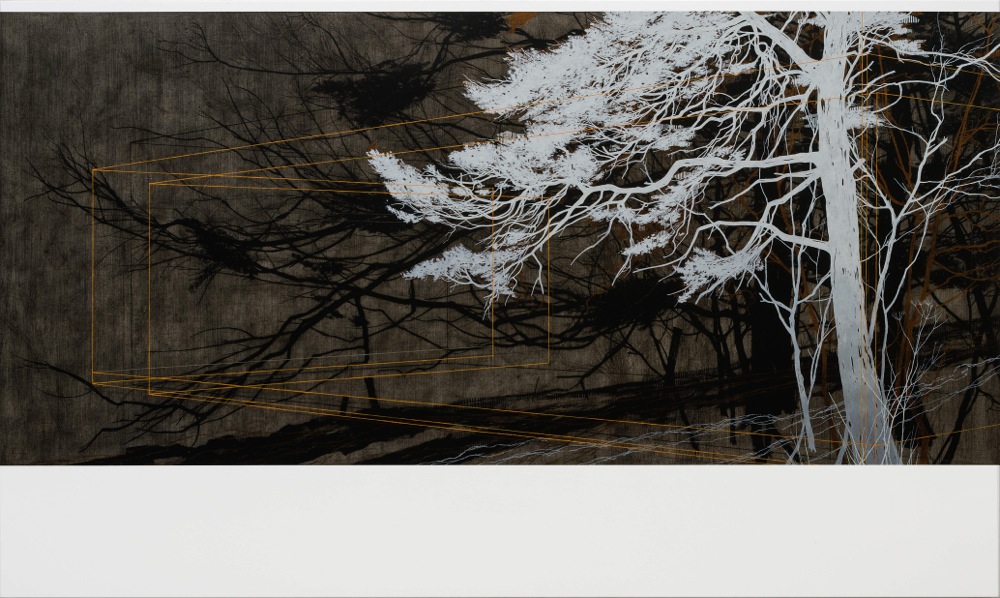