On January 15th, Christian Rex van Minnen will be opening a solo at Robischon Gallery in Denver, Colorado. Titled Golden Memes, the show will be presenting his take on the memes and visual leitmotifs of the Dutch Golden Age and other European Old Master works. With about 10 mostly large scale oils, the New York-based painter will be introducing his twisted version of familiar compositions and imagery that marked this important period in the art history.

By mixing this iconic painting style with contemporary pop culture, van Minnen’s paintings are known for their bizarre visual language that consists of grotesque, almost disturbing elements. His portraits rarely shows on faces, while his still life works usually feature weird, trippy objects and forms that are reminiscent of similar pieces by the old masters painters. The Google Is God Made Of Dead Apes oil painting seen above is an example of such work – using the recognizable logo and its basic color scheme – blue, red, yellow, blue and green. In this way, he is able to create his deformed take on this familiar image while placing it up on a marble plinth. 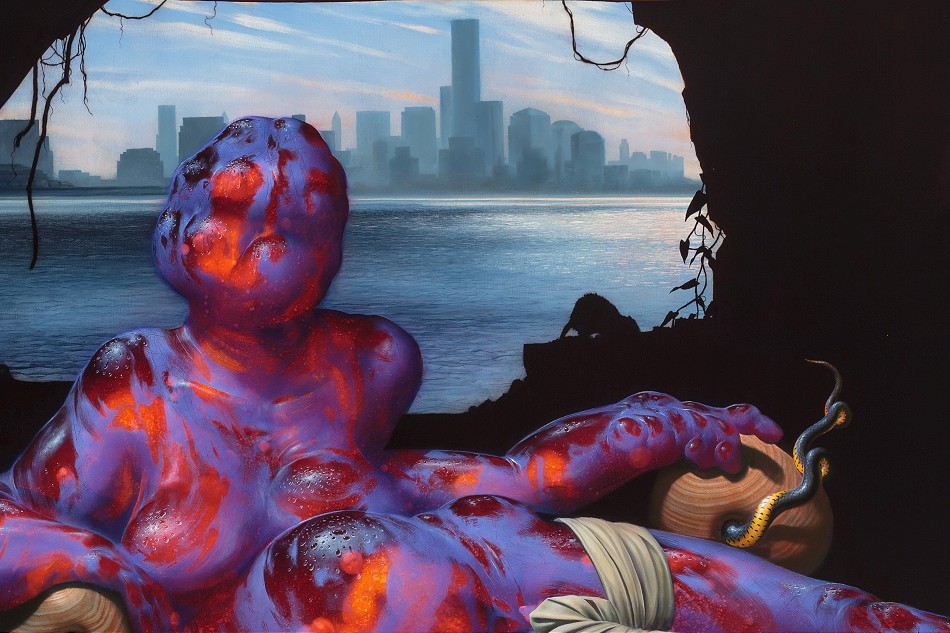 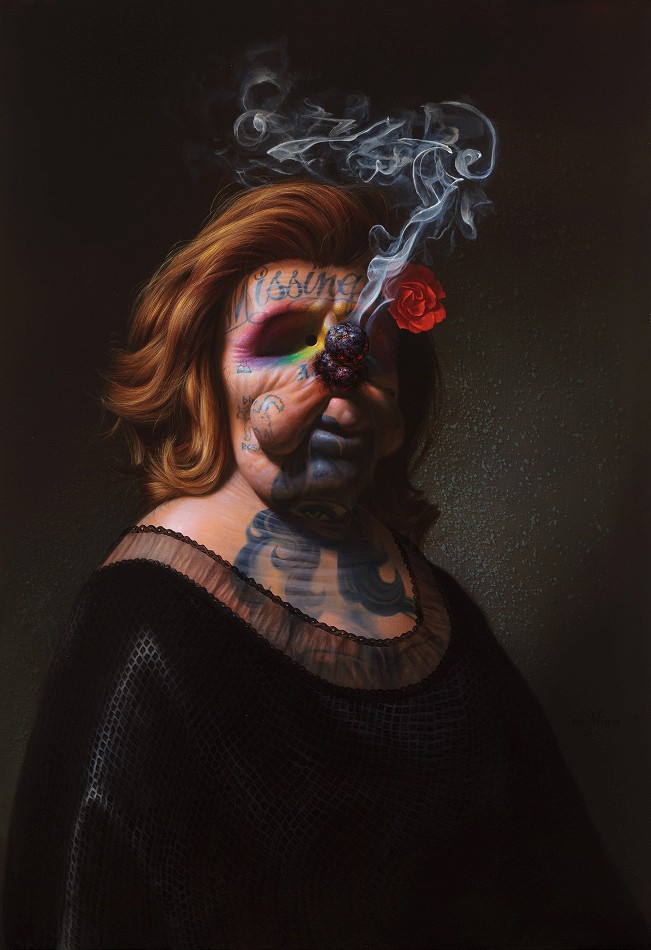 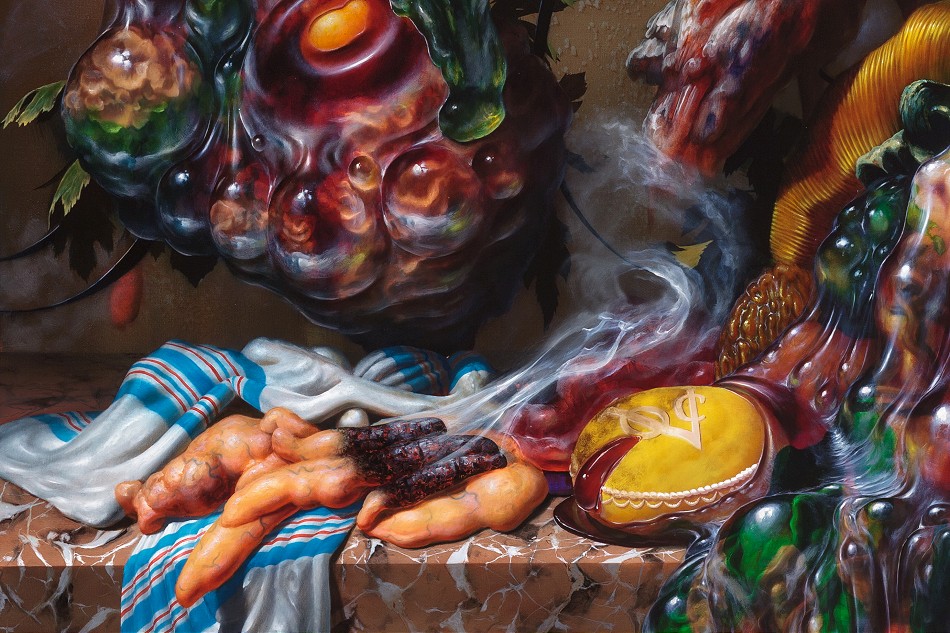