Die Kunstagentin in Cologne, Germany will be opening a solo by Dave Kinsey on the 5th of February. Titled Ashes To Ashes, the exhibition continues the body of work which was recently presented at the Cushion of Memory show (covered) in Detroit and expresses “the personal impacts of his surroundings and his examination of the relationship between human and nature.”

With his new paintings, the former designer artist is taking an abstract direction, while still preferring figurative works. Living in the wilderness of the Sierra Nevada mountains obviously influenced his work that is now looking like it’s created of natural elements. Staying true to his signature colors and earth tones with turquoise, red and brown dominating, the new pieces feature totem-like creatures built out of what looks like found wood, rocks, and branches. Painted using acrylic, spray paint, and collage, the new works feel liberated of strict forms, which results in some of his most exceptional and personal work ever created. 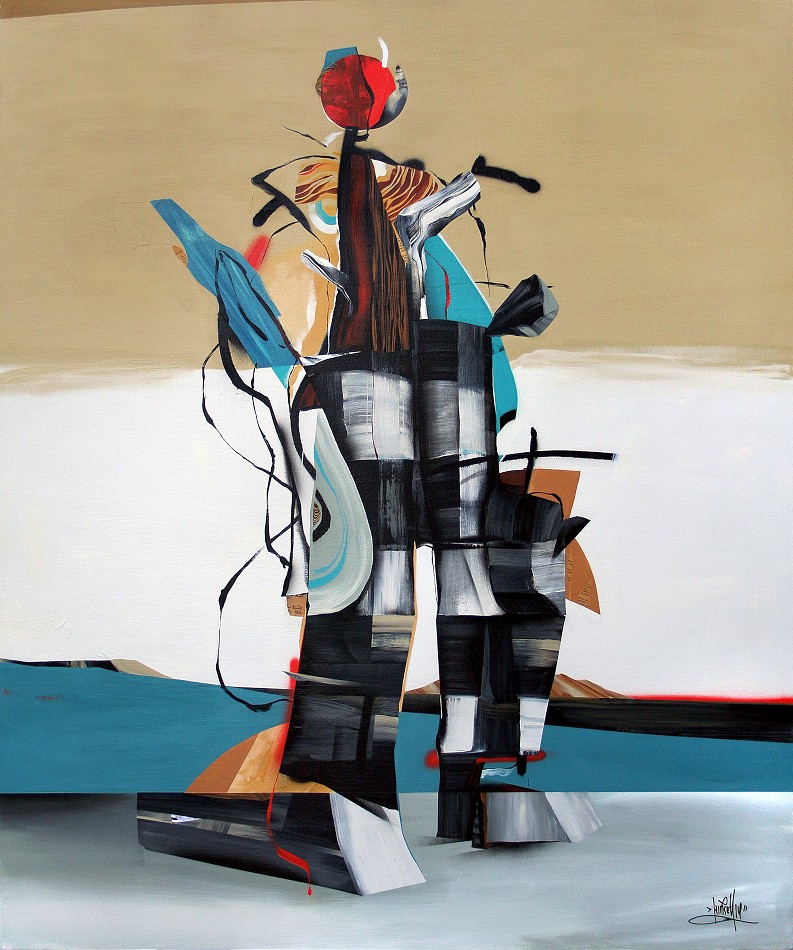 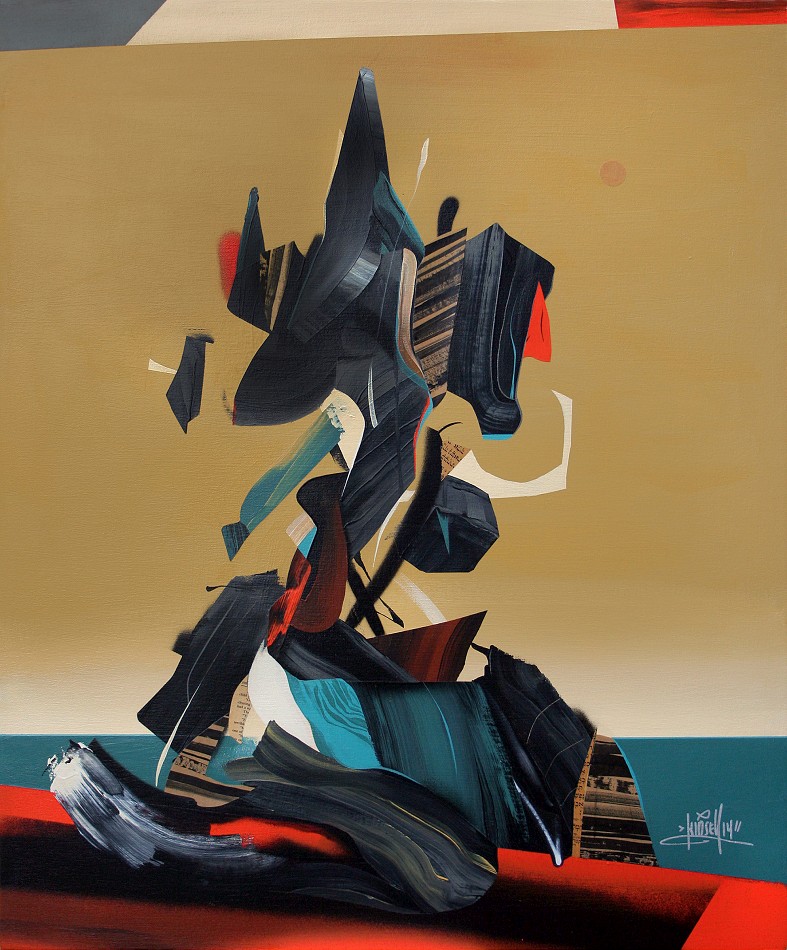