Tomorrow, January 27th, at a random time between 10 am and 12 noon PST, a some collaborative prints will be released between Shepard Fairey and Cleon Peterson. Featuring the Pattern of Corruption used in one of their joint murals in Miami’s Wynwood district (covered), painted during  Basel Week Miami, the striking imagery will be released in 3 different pairs of colorways –  Black/White, Gold/Black and Blue/White. The sets are priced at $120, sized at 18 x 24″, and are in editions of 150. Head over here tomorrow at the appropriate time if interested.

Shep states – “Cleon Peterson and I recently collaborated on a mural in Miami’s Wynwood district and were happy enough with the end result to decide to make some limited edition screen prints inspired by the mural. Cleon and I both deal with the persistent themes of the fragility of society, human savagery, and corruption in our work. The image has a dichotomy in its hypnotic classical floral pattern with sinister elements woven into it, which caution the viewer to look deeper than an appealing surface presentation.” 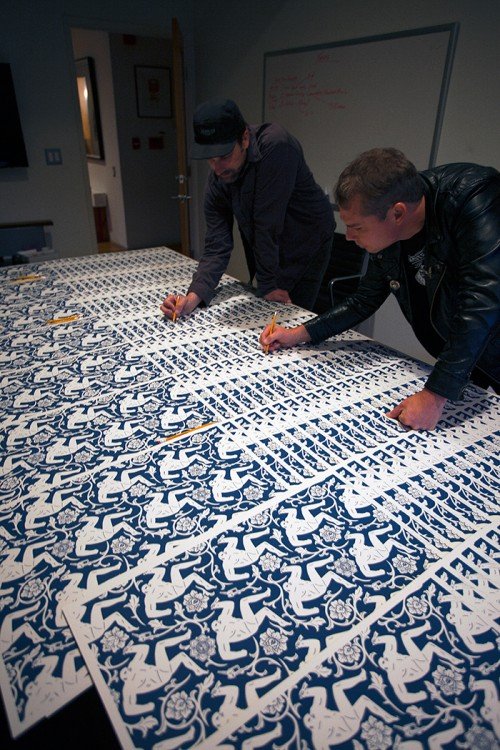 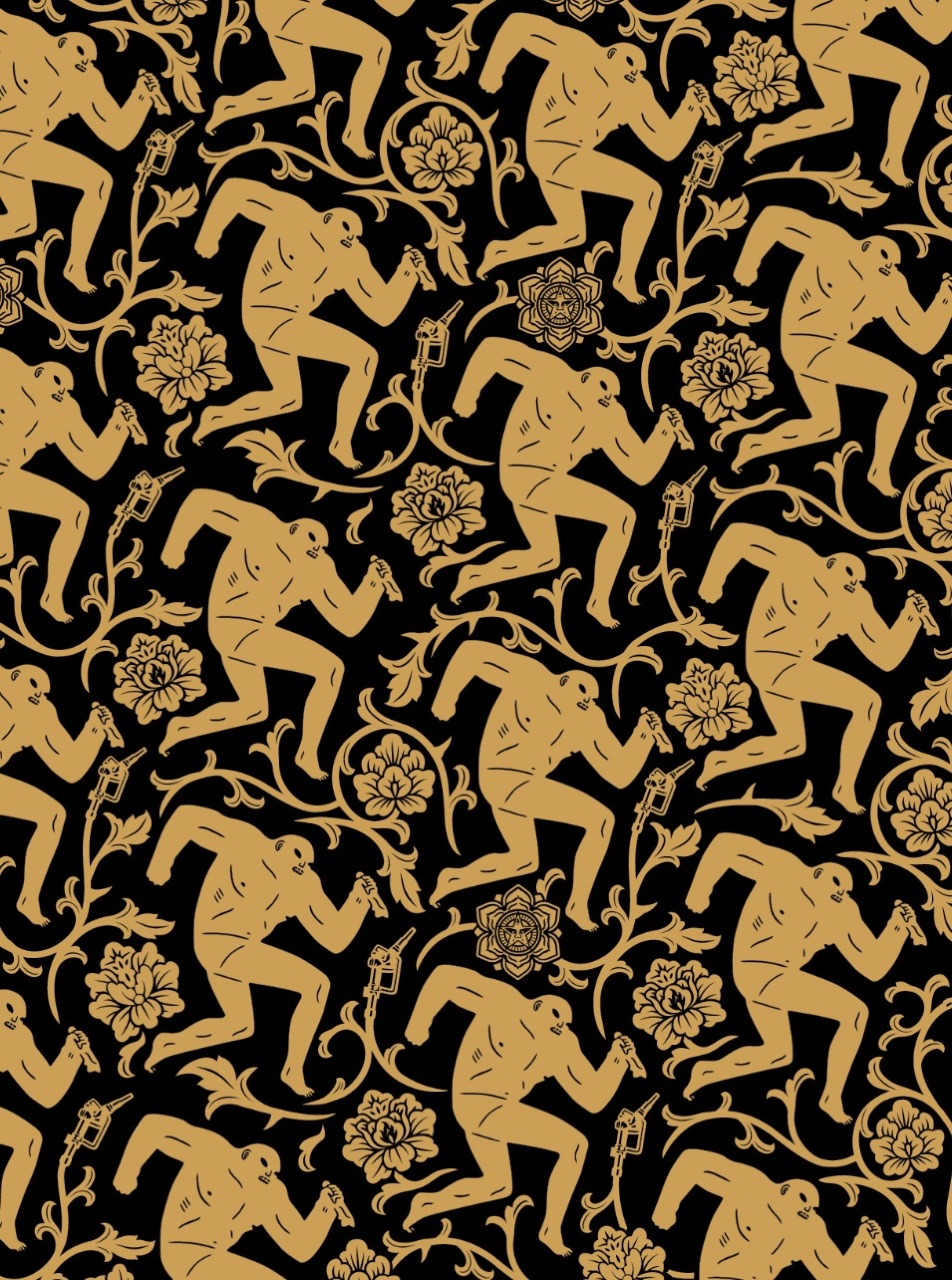 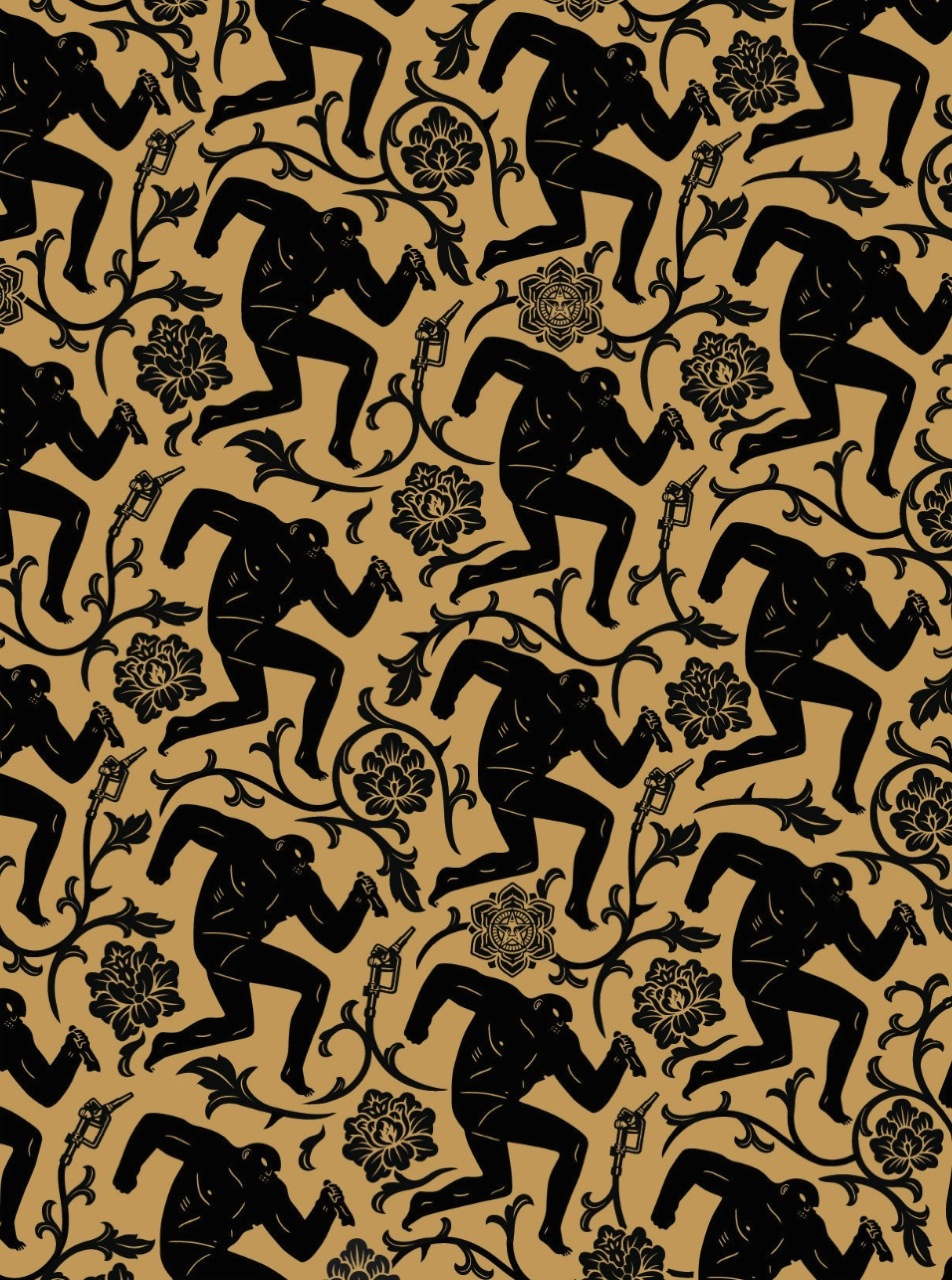 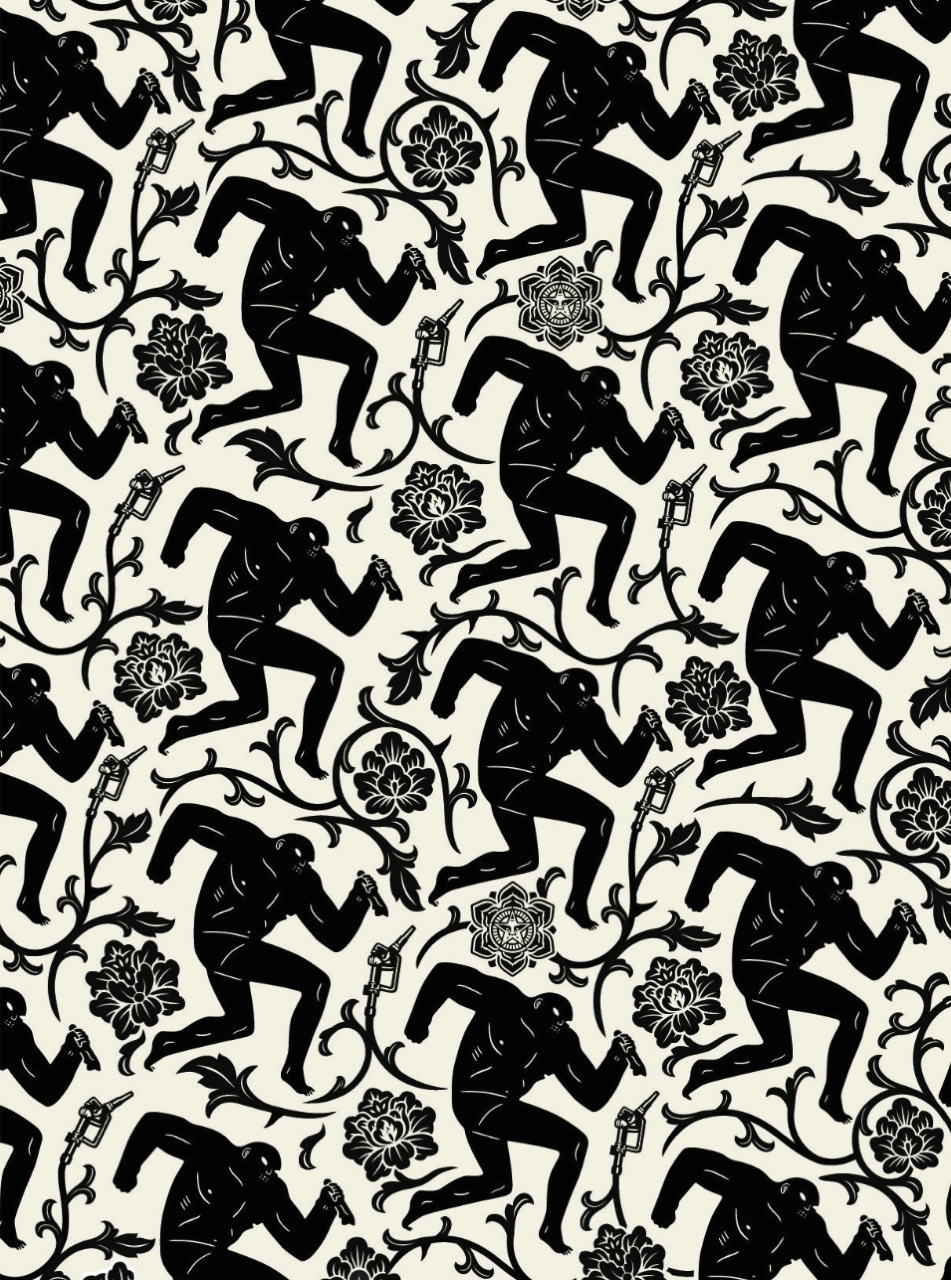 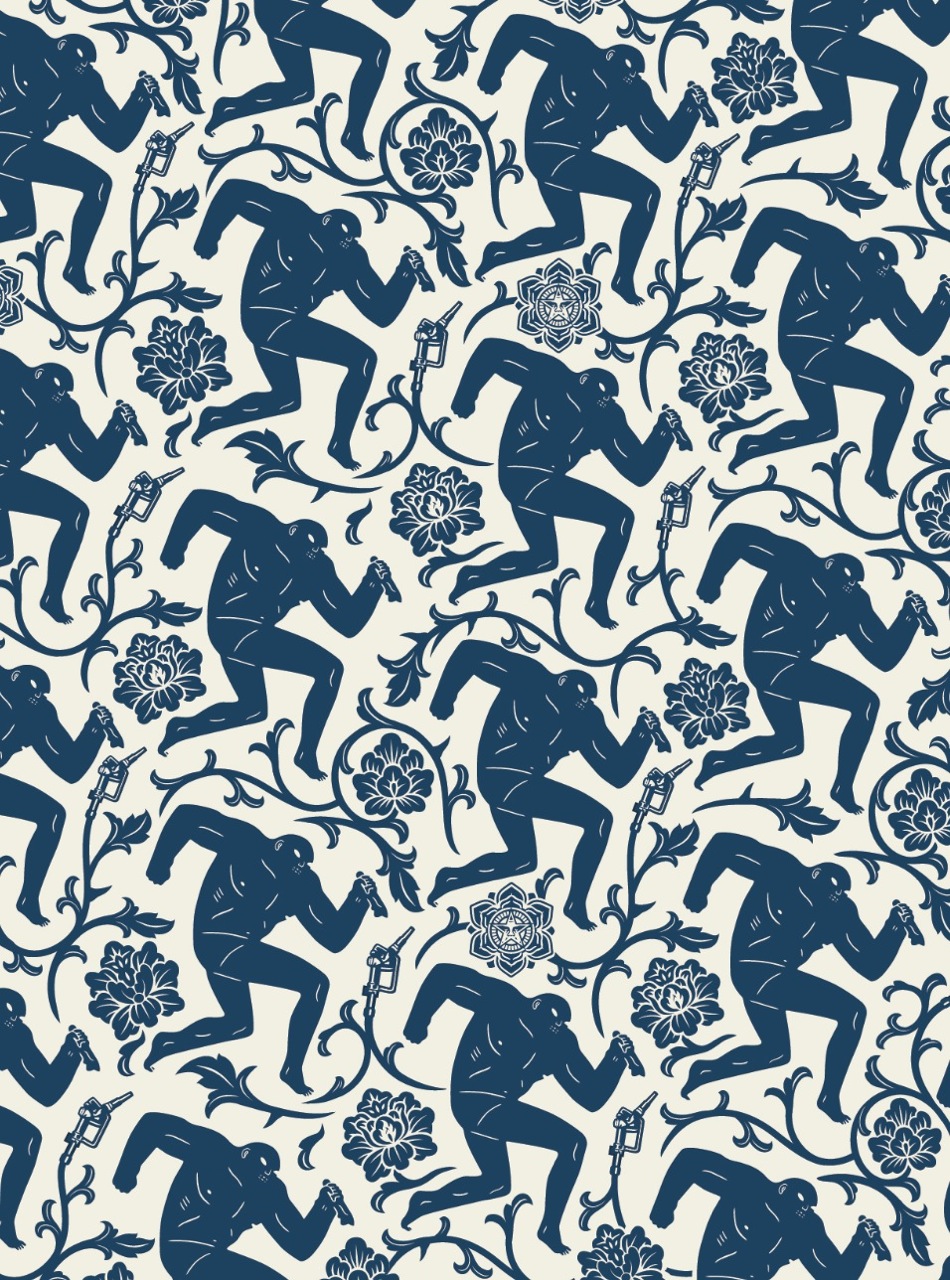 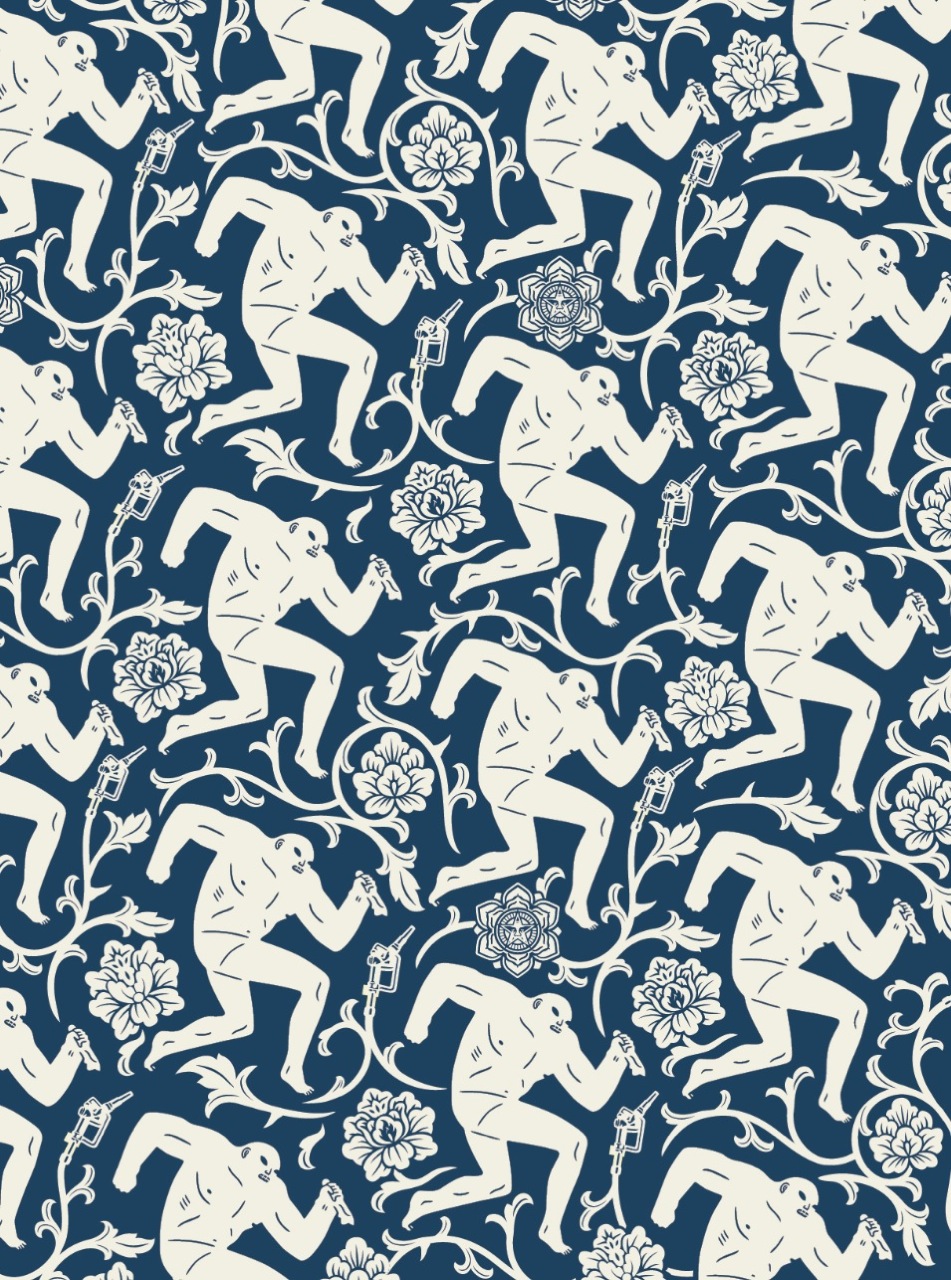