After taking his own work up to space and living up to his moniker, Invader has recently expanded his activities to spread his work further along similar lines. Not only has the French street artist put up his signature tiled mosaics up at the European Astronaut Centre in Cologne and Euro Space Center in Belgium (above), but it also looks like one of his pieces has made it up with an astronaut to the International Space Station. 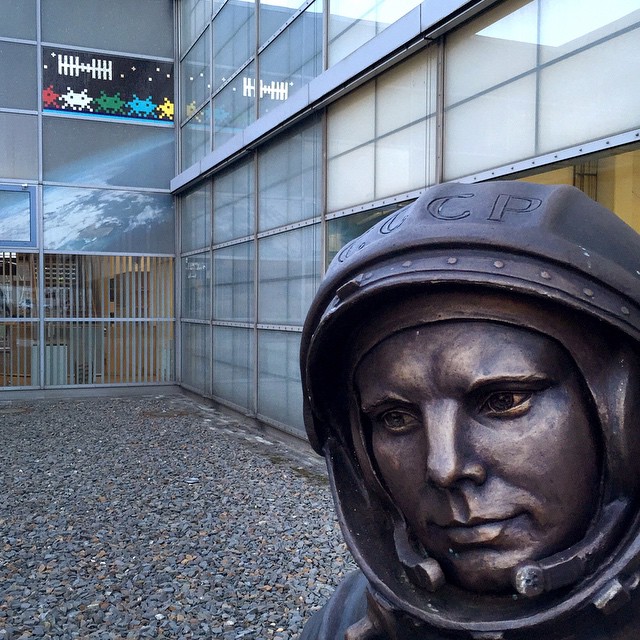 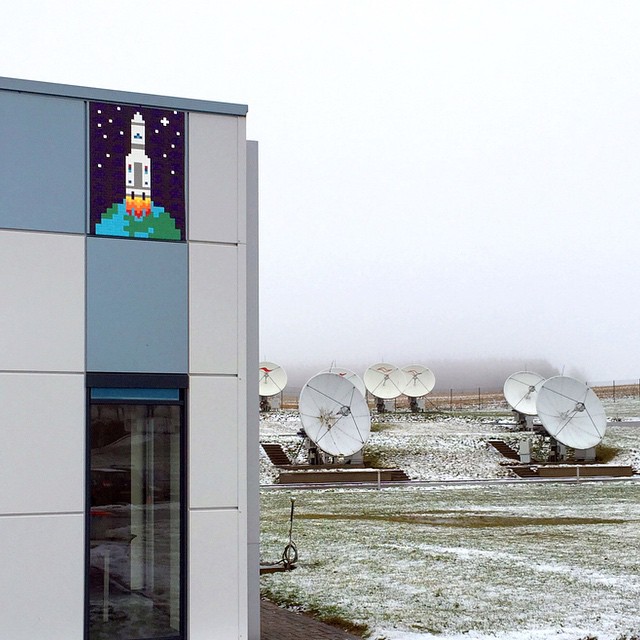 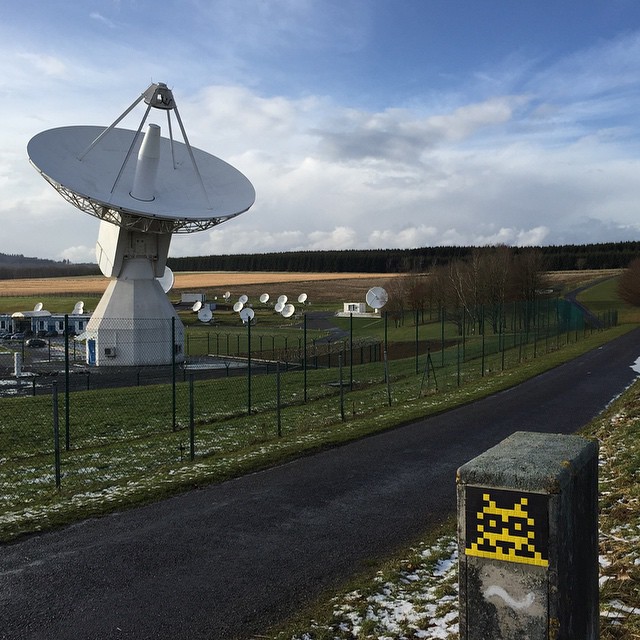 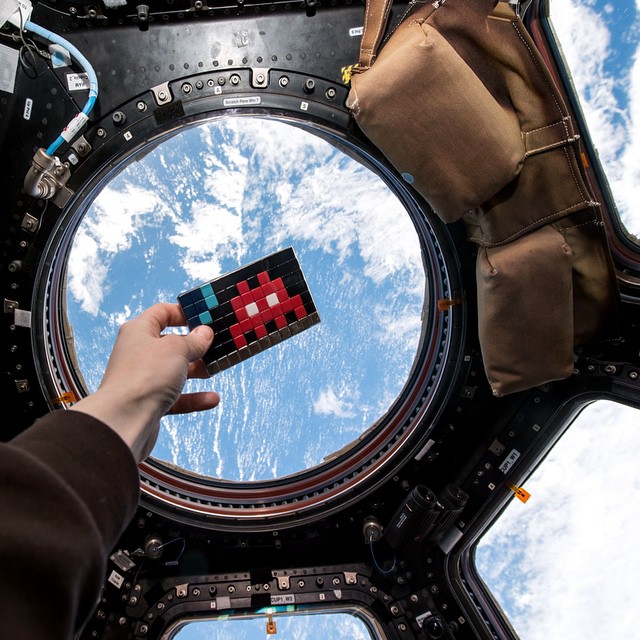 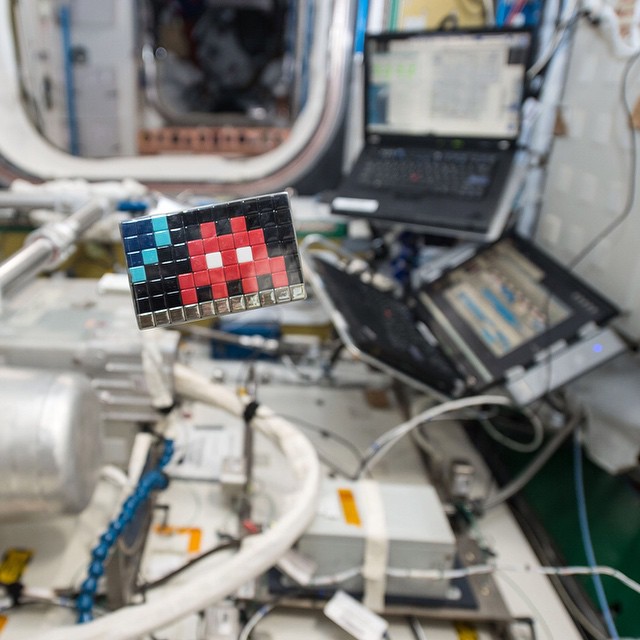 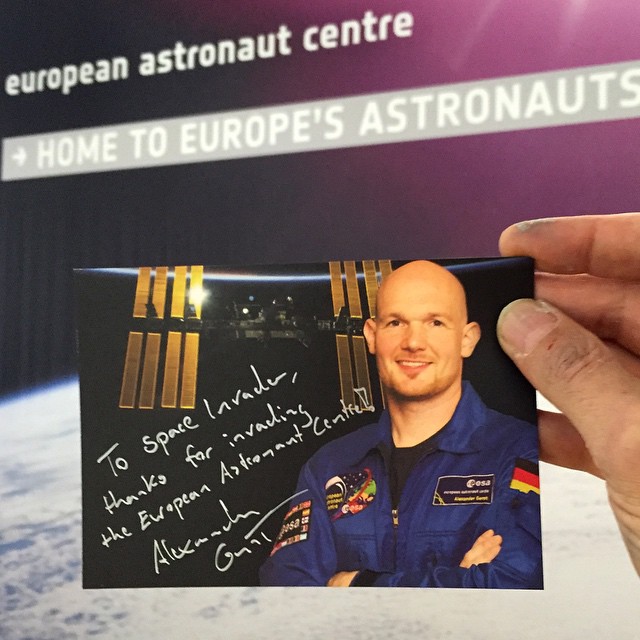 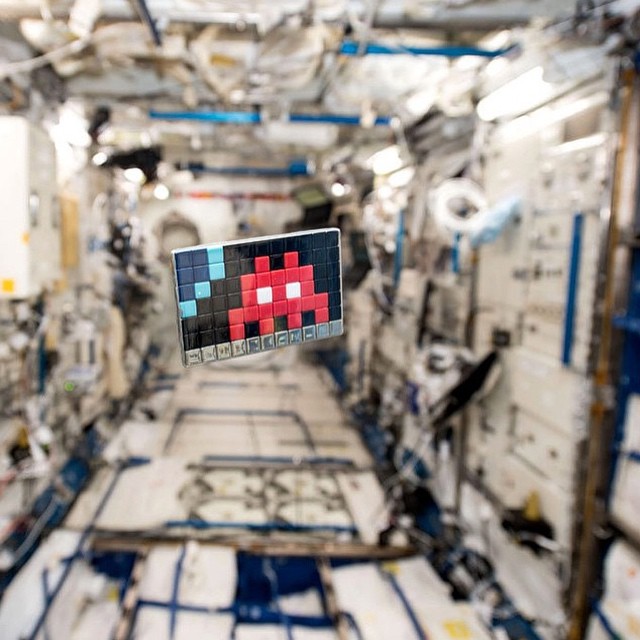 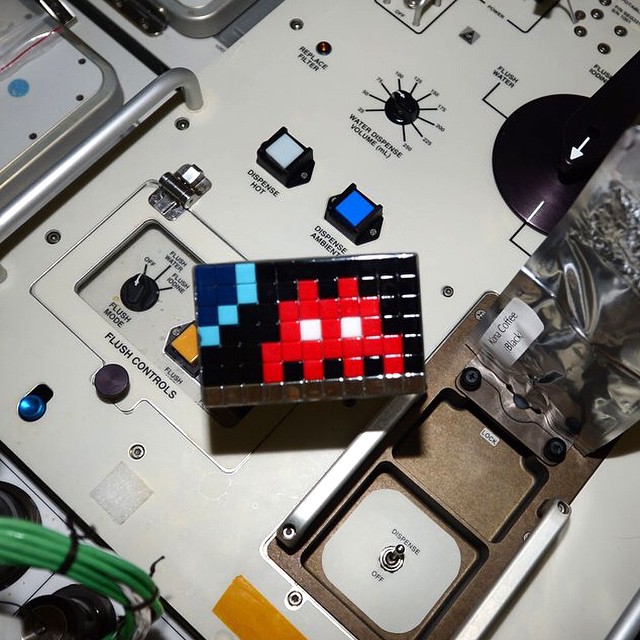