It has been four years since Chris Berens last showed solo at Roq La Rue.  Nethermoor, as the show is titled, is based on Michael Ende’s book, Die Unendliche Geschichte, or as many may know it, The Neverending Story.  The show opening however, wove a story all its own. Bad weather on the East coast and shipping issues caused havoc with the large exhibition, resulting in an open without the art. While Chris and his wife traveled from Amsterdam to be in attendance, the art did not make it in time. The pieces did arrive a few days later and a re-reception was scheduled for February 21st.

>One doesn’t need to have read the book to enjoy the pieces of Nethermoor, but recognizable scenes and characters will be appreciated, even if you’ve only seen the movies. The sheer size of several pieces, combined with Berens’ trademark method of translucent patchwork, brings Fantasia to life in a whole new way.

Showing upstairs this month is Patrick Kelly’s Elusive Object. The Portland artist traveled the short distance to Seattle for his show which features his signature graphite drawings, or tracings rather. Kelly uses an oddly shaped wooden pattern that he traces over and over again, moving it a millimeter at a time to create his final product.  The unique method brings to life new shapes that have their own texture and glimmer depending on how you look at them. Hints of budding flowers and ammonites can be seen hiding behind the grey sheen, but what do you see?

Get to Roq la Rue this week, as it’s the last few days to see both shows! 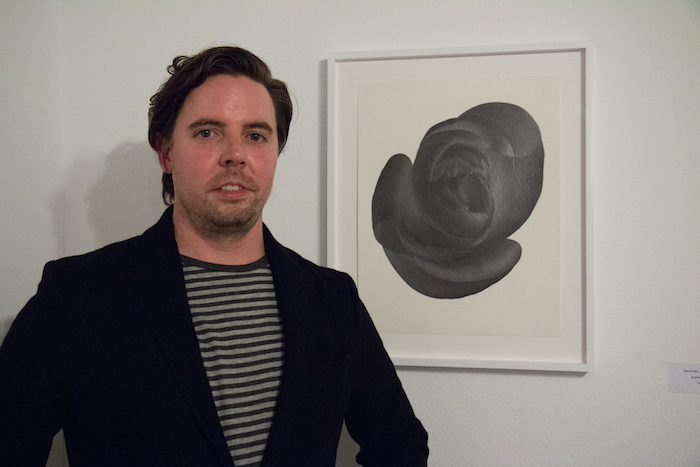 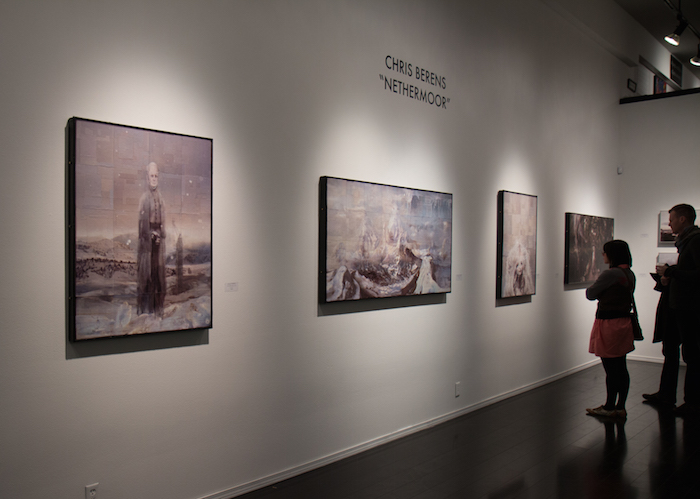 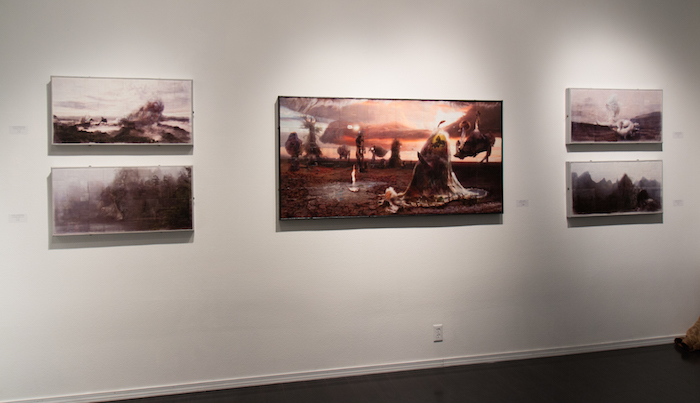 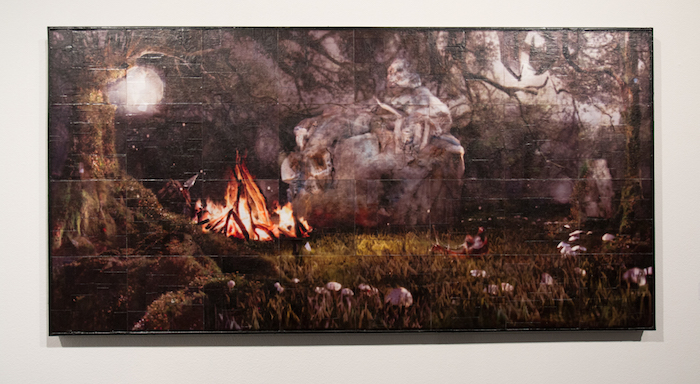 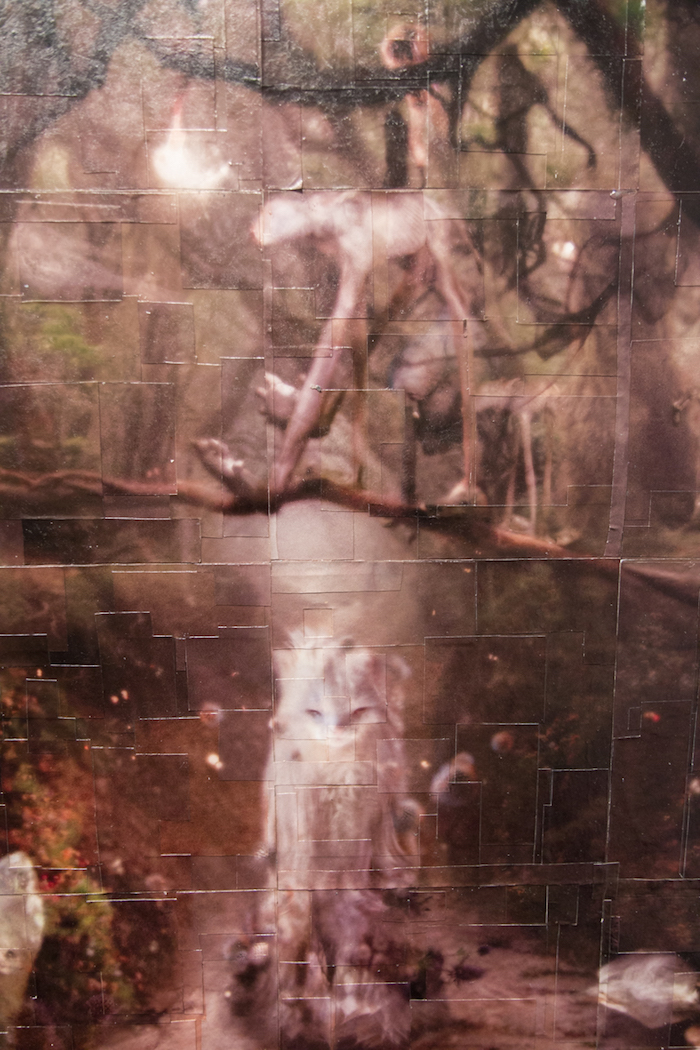 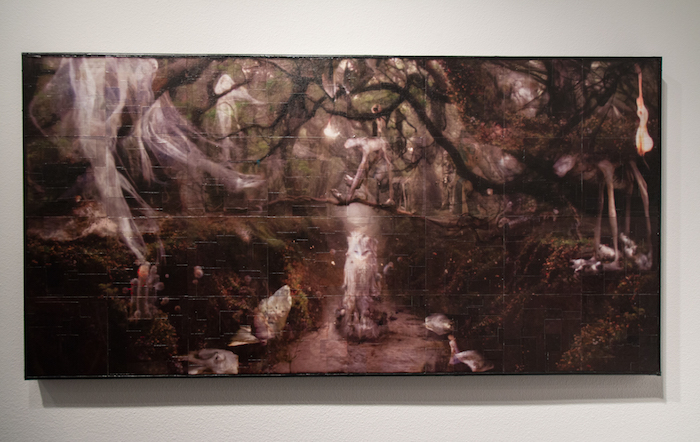 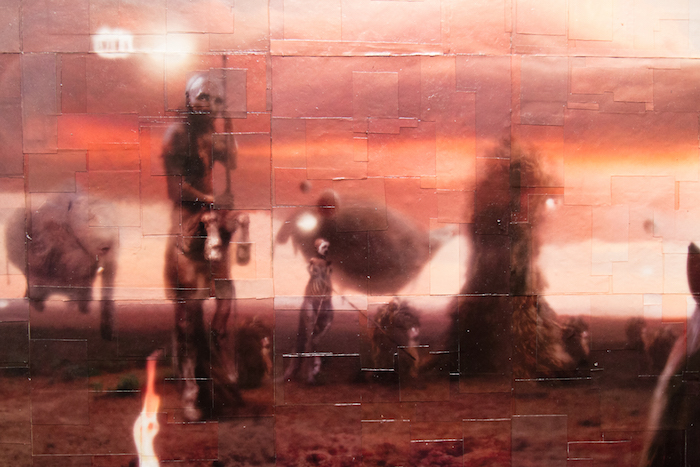