While most artists were painting large murals at one location, Ernest Zacharevic contributed to POW! WOW! Hawaii (more coverage here) with several smaller interventions scattered around town, making visitors go on a real hunt for his work. Due to their nature, a few of them actually got buffed soon after their creation, but some of them stayed up waiting for people to discover them.

The first piece he created was on the side of the bridge on Ala Moana Blvd at the beginning of Waikiki. The Lithuanian artist painted one of his recognizable kid characters, wearing an Aloha shirt and holding a finishing pole attached with a string to an old rusty half-submerged shopping cart. The use of location, found objects and different mediums made this piece very effective. On the same location he painted a small collaboration with Strok, adding a sleeping Homer Simpson in between his stenciled characters and their long shades.

Another Simpson inspired piece he painted using a wall light as part of the image, making it look like a TV in front of which Homer fell a sleep on his couch. He also painted a simple, childish robot using piping and industrial elements, but that piece was buffed very quick,  as well as a text only piece saying “Aloha,” but in a Coca-Cola font.

Another kid piece he created was done at the Lana Lane festival base, showing him  coming out of a wall. Again, the incorporation of existing elements resulted in a very effective piece, which actually depicted the son of another participating artist, Fafi.

On a wooden wall inside Ward Mall, Zacharevic also painted this lovely chalk piece showing owls sitting on a wire next to each other, with one of them lonely on the side, cuddling up next to a phone booth.

Finally, on the last day of the festival, he created this fantastic collaboration with Olek, showing two kids sitting on a hammock between two palms. Smartly using these trees that were growing in front of his wall, he referenced photos of local kids in his homeland of Malaysia, and Olek added a crotchet hammock, completing this original piece and making it one of the stand out works of the event. 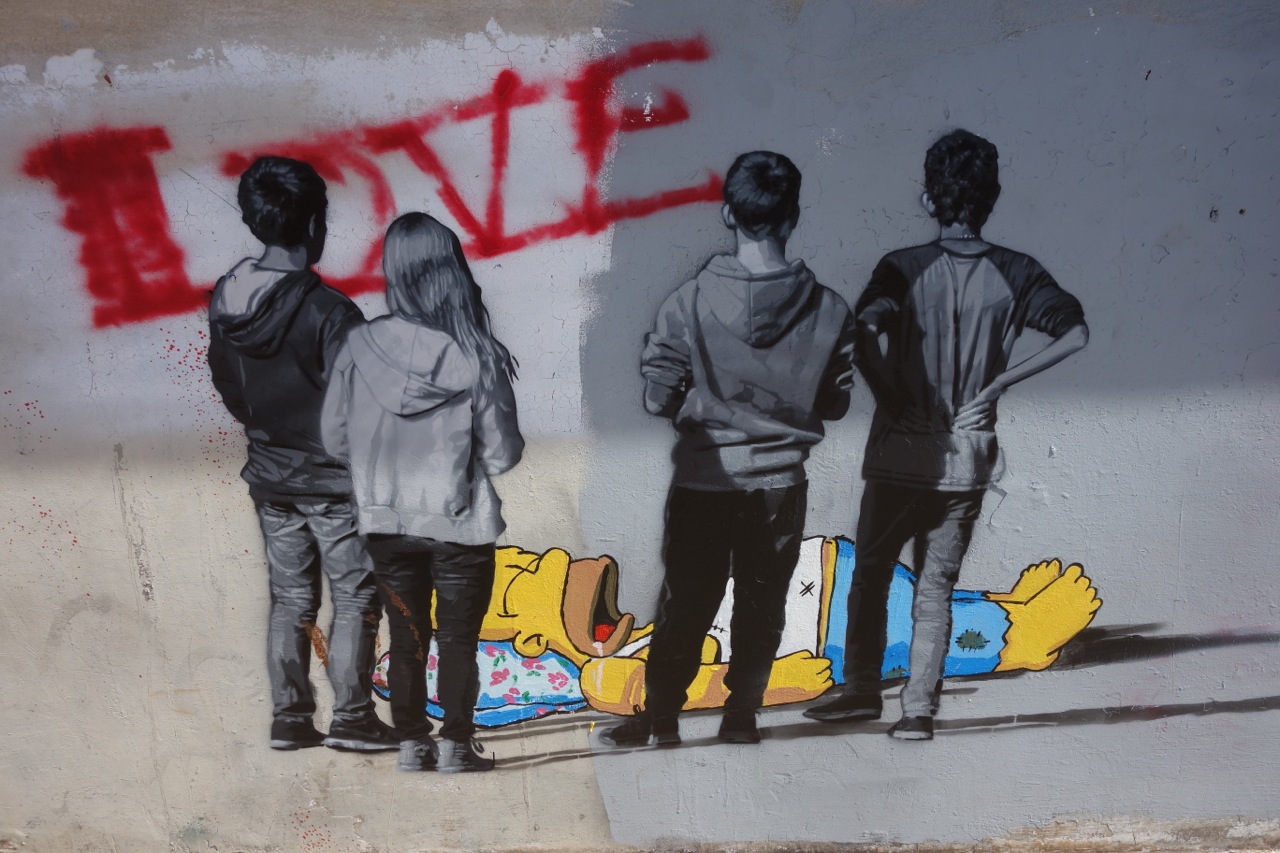 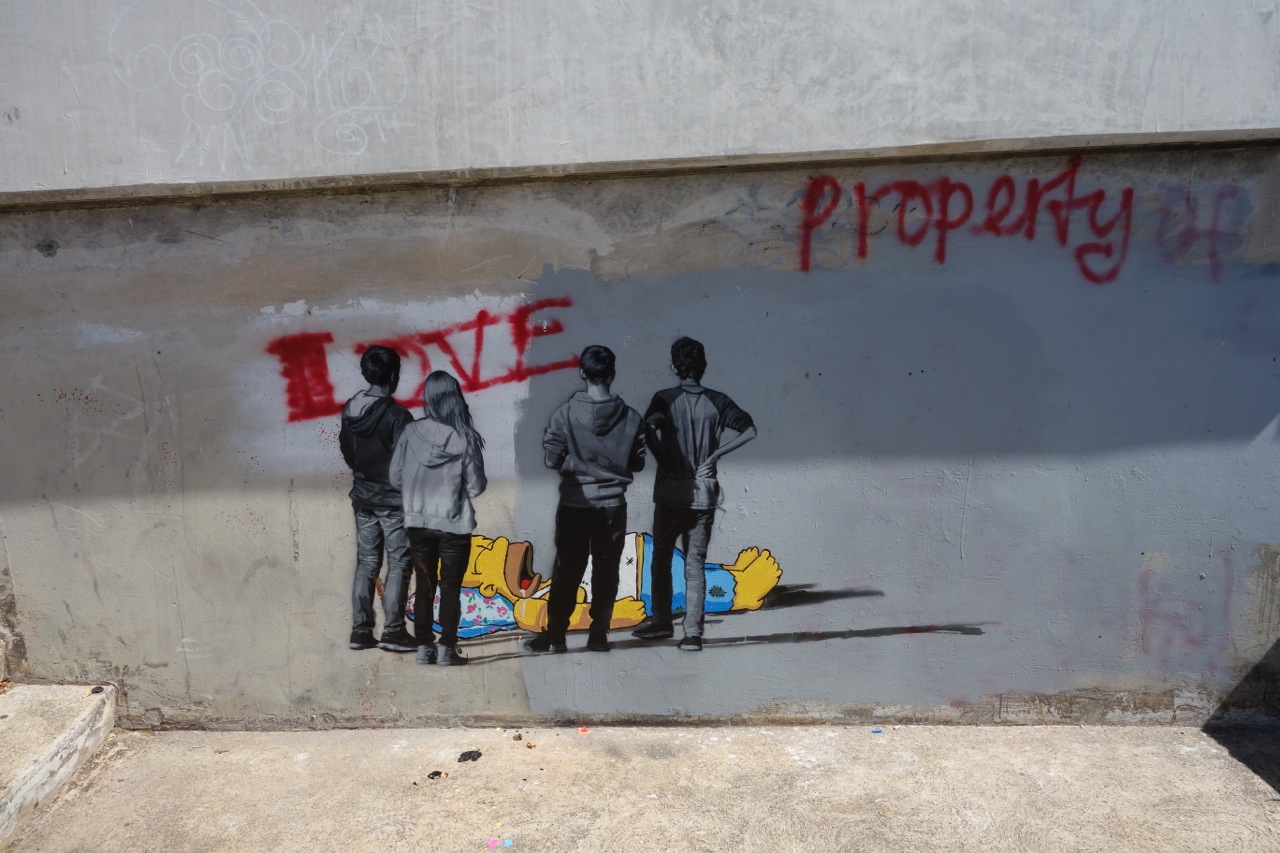 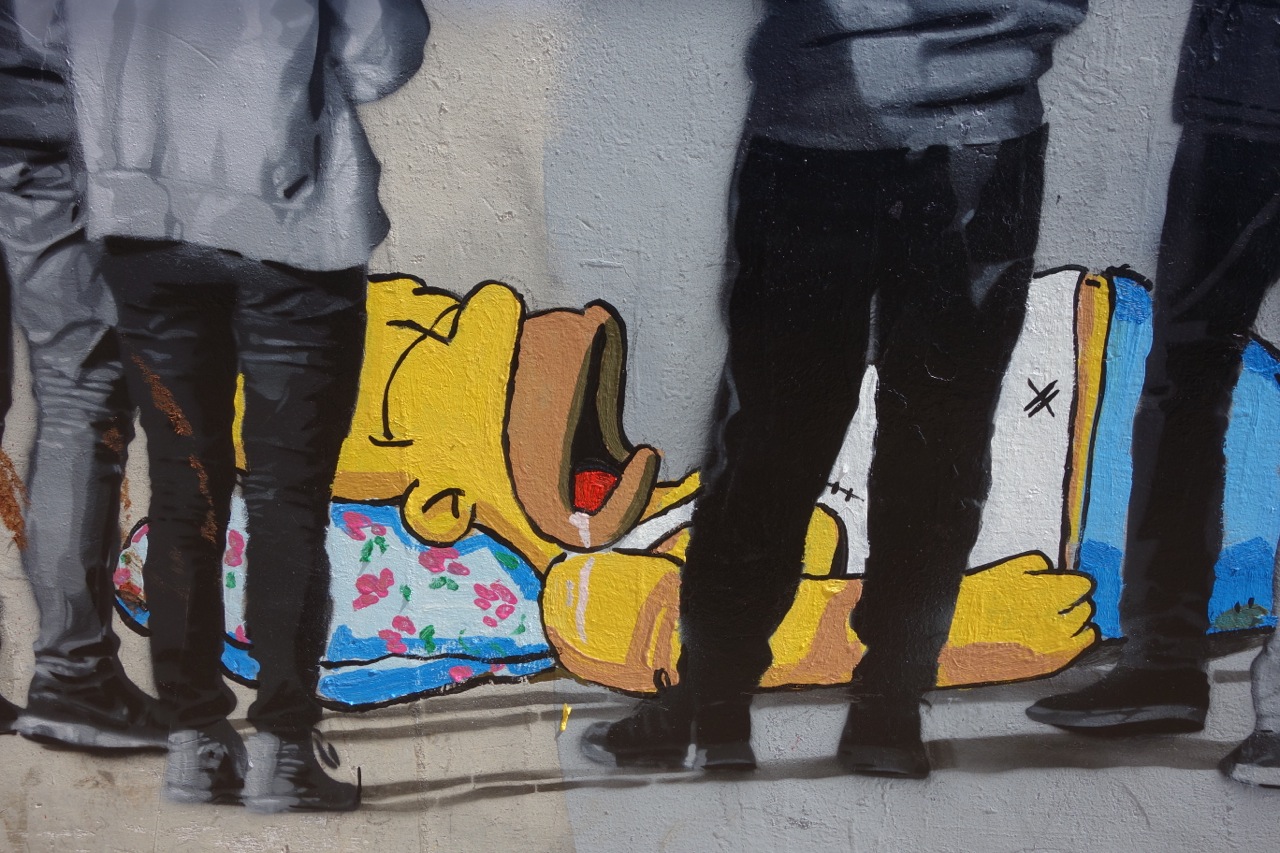 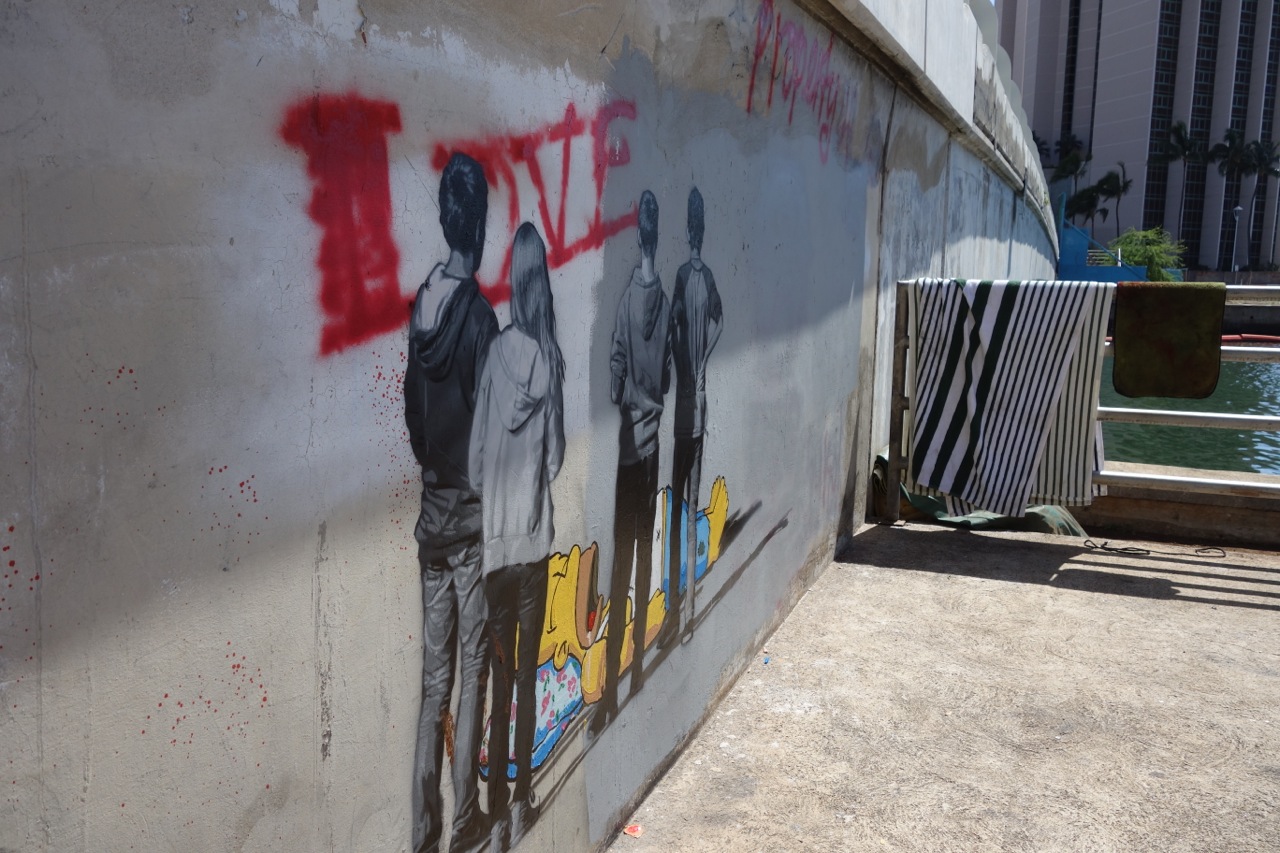 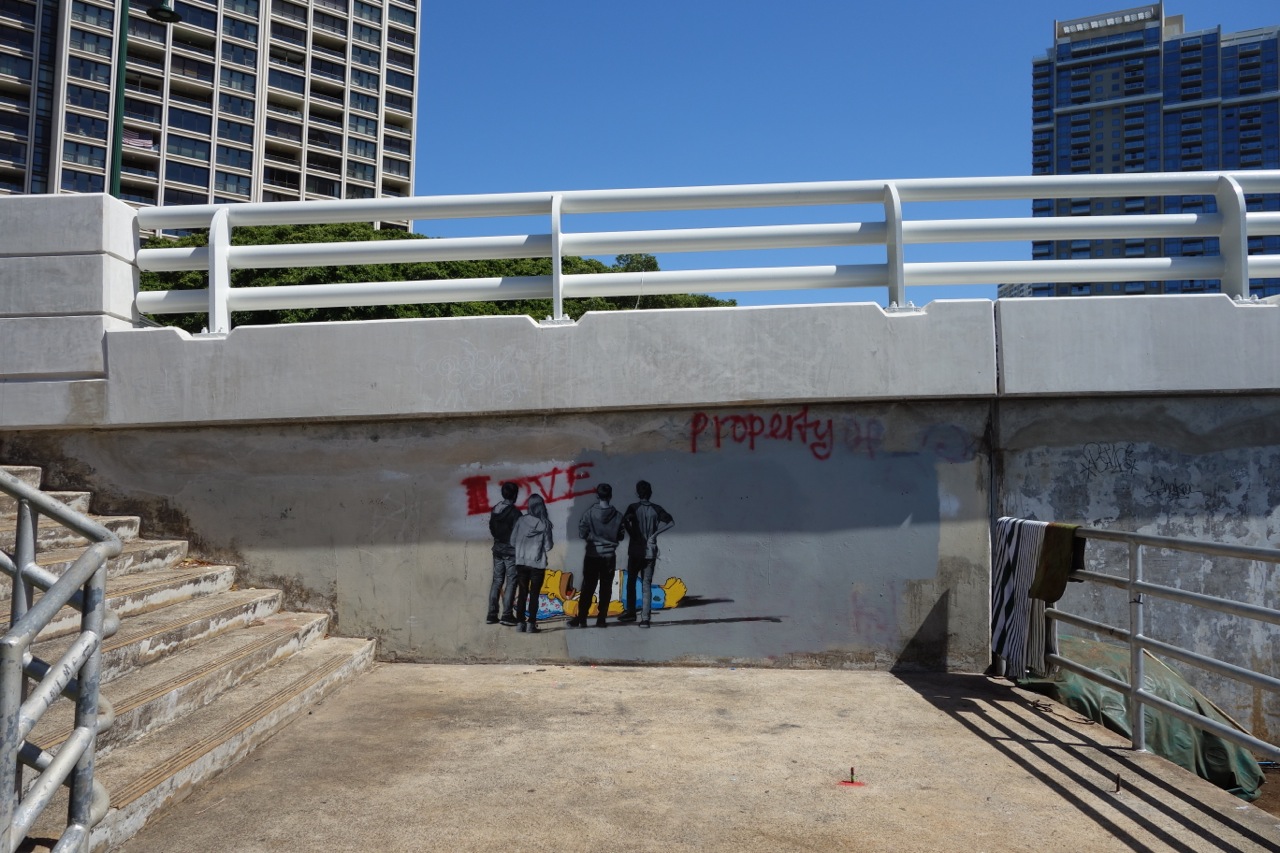 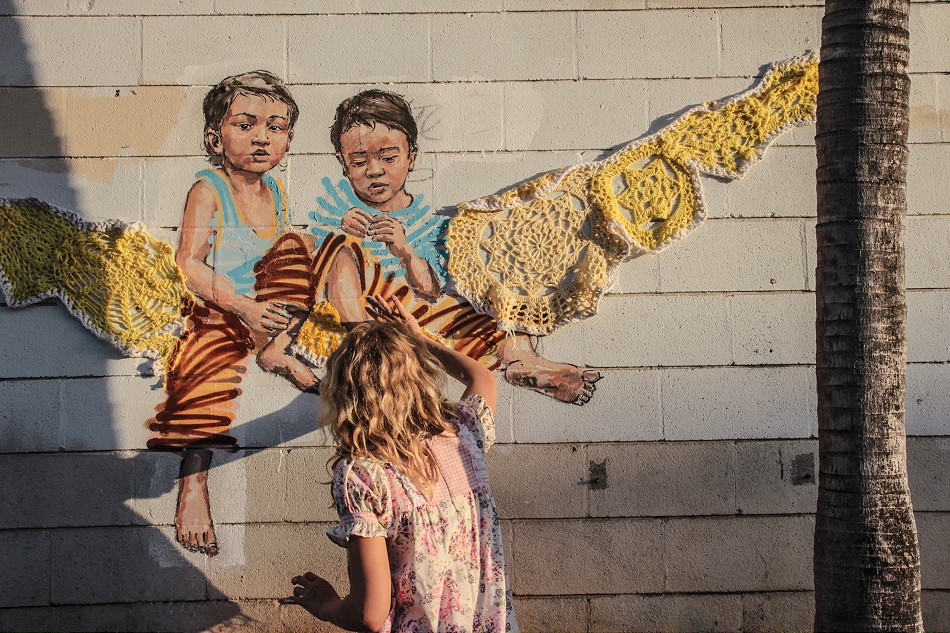 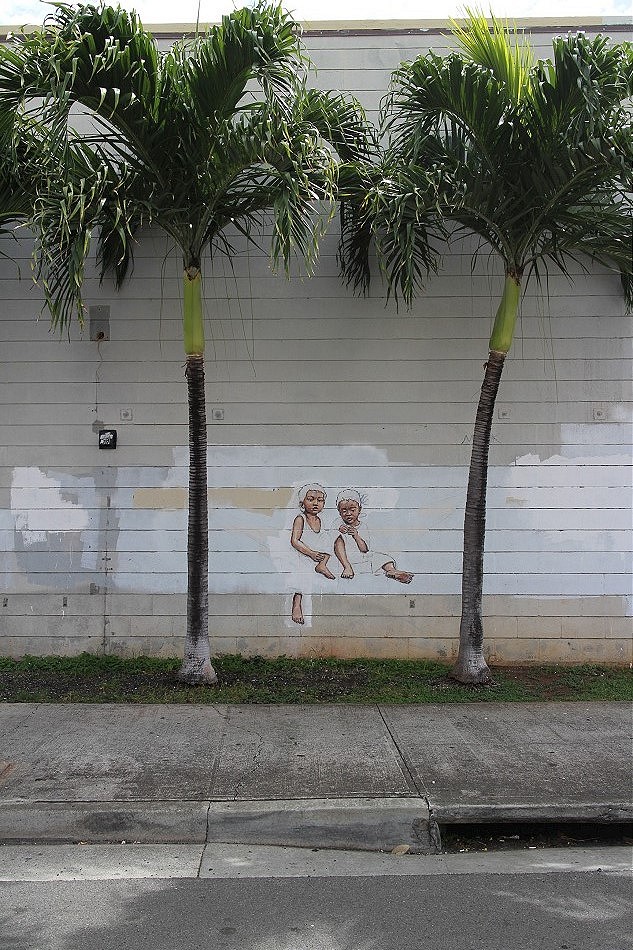 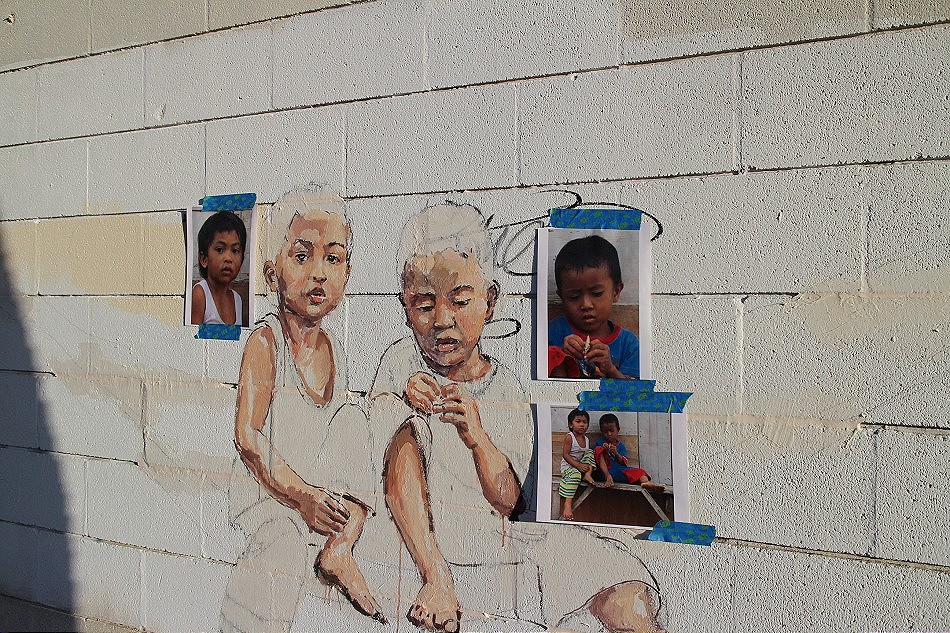