Ernest Zacharevic is still in Europe, staying busy with his solo show (covered), print release release (covered), and taking part in different art projects around the old continent. After contributing to the ongoing Project M in Berlin (covered), the young artist visited his homeland of Lithuania, where he took part in the Made Corrections Project.

The idea behind this project that started in 2012, is to try and see if art and the process of creating it,can influence and maybe even change the lives of young inmates at The Kaunas Youth Correctional and Interrogation Facility. This year’s edition of the project involves pasting the portraits of the inmates on the outside and inside walls of the facility, in collaboration with JR’s Inside Out Project, as well as creating an art piece on the inside walls. Ernest was invited for that part of program, and during three long days, he created a 35m long mural with a help of five volunteers from the Strict Group. He combined his favorite theme, children in play, with the themes of the surroundings he was working in. So, the finished piece features kids playing with a fence and pliers, as well as practicing sports and creating their imaginary homes.  During the creative process, Zacharevic and the inmates got to meet each other, exchange experiences, and eventually got the security guards involved into the process.

“If we change one life, then the outcome of this project will be monumental.” – Made Corrections 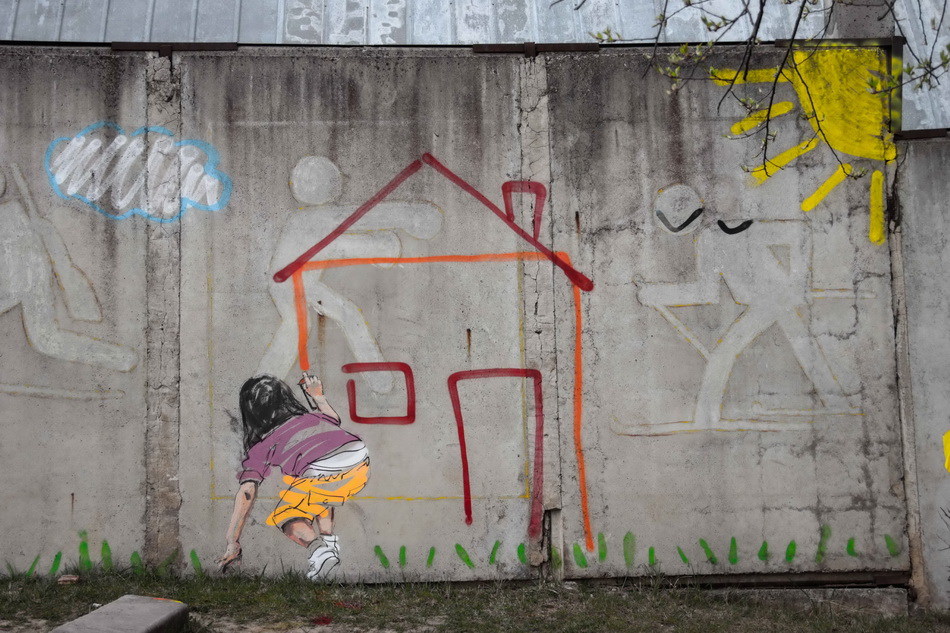 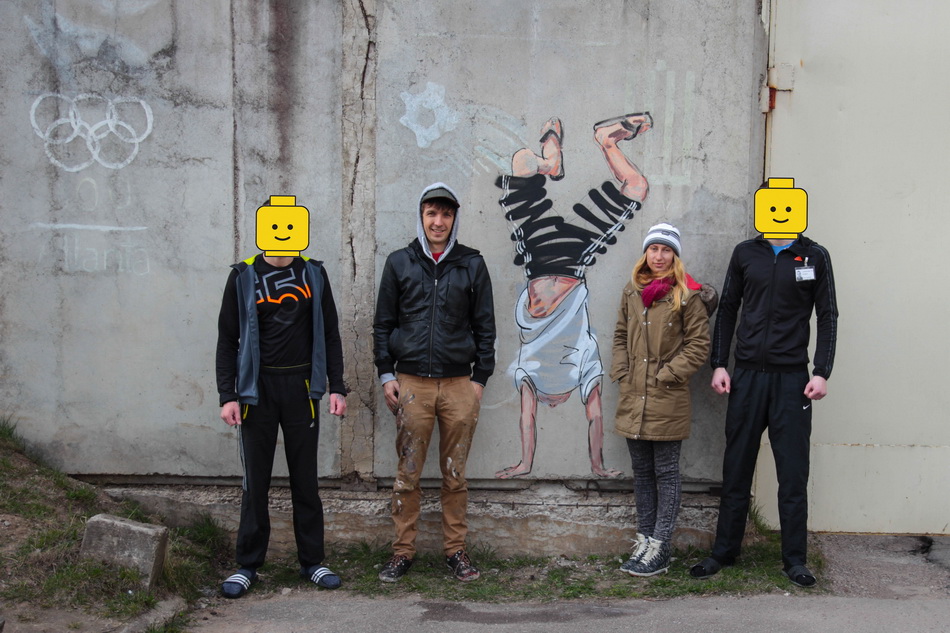 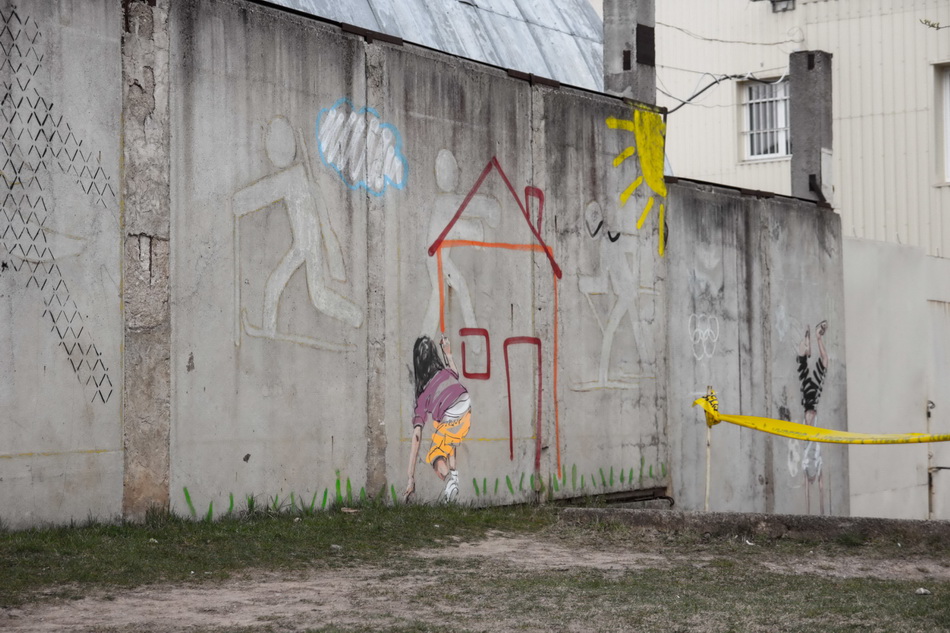 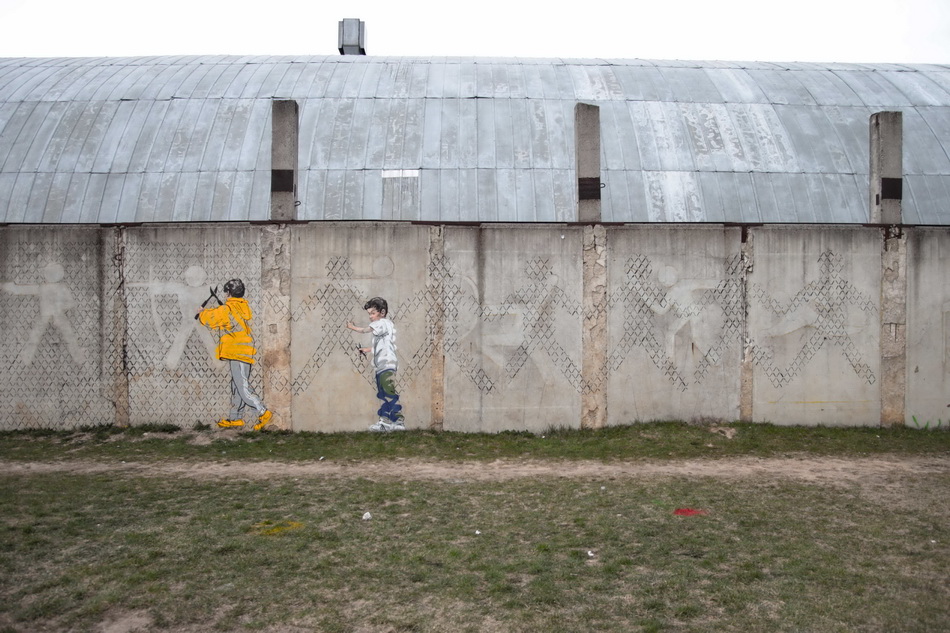 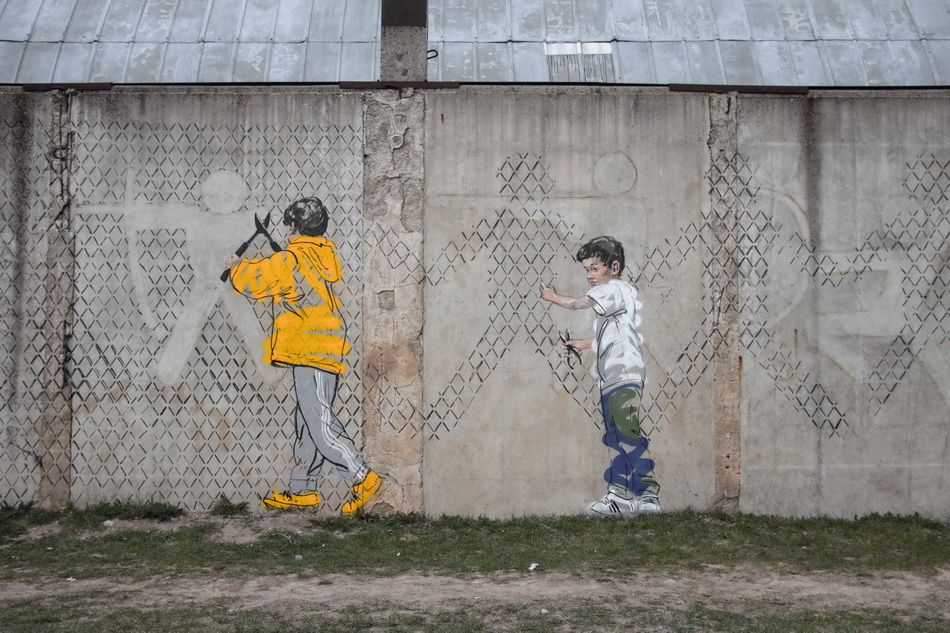