On February 7th, the Jonathan LeVine Gallery closed their month long solo debut by street artist Saner. Titled Primitivo, the show included a whole new body of work created especially for this occassion, all strongly influenced by rich culture of his homeland.

The theme the Mexican artist was exploring was the question whether modern man is really more advanced and civilized than the ancient, primitive man. From recent mass dissappearance and executions of students in his home country, to global food shortage and tensed political situation, his works are inspired by current events in his ancient looking ink drawings. Another series of works that were on display were large colorful portraits of people wearing traditional Nahuale masks. These paintings highlighted Mexican tradition and folklore, but also included some elements of modern day life and are in contrast to the more tribal looking portaits that were exhibited along with them. 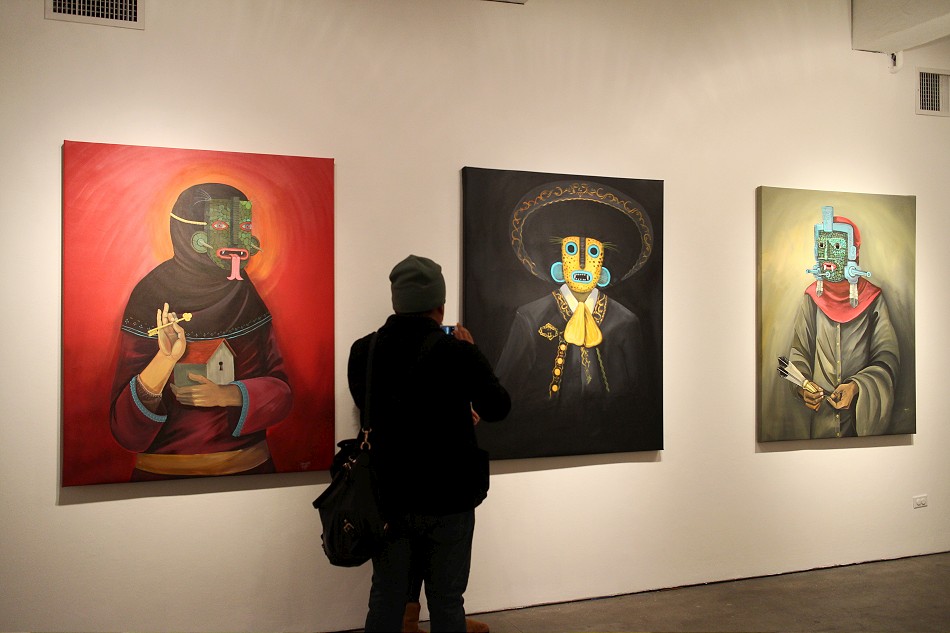 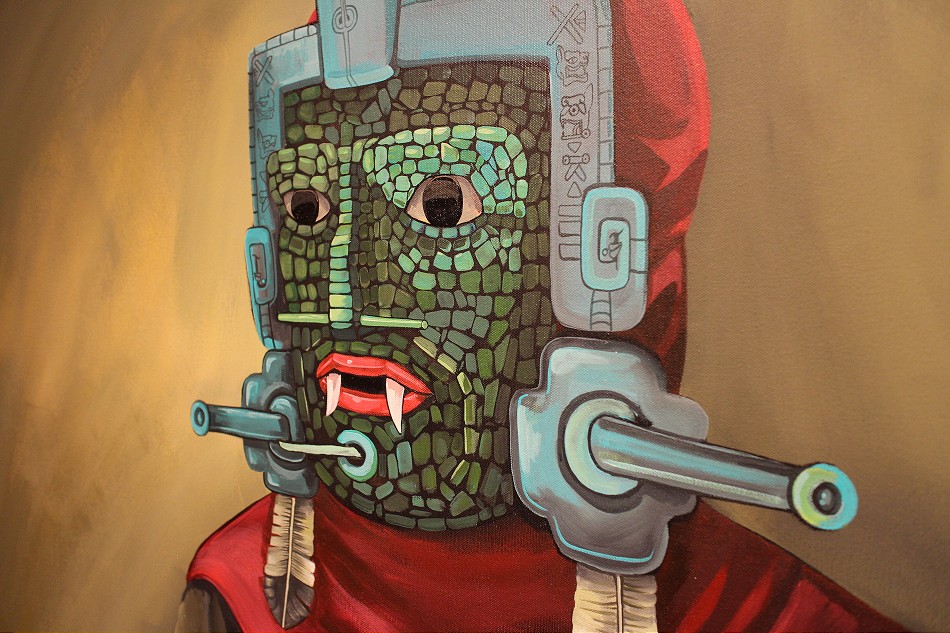 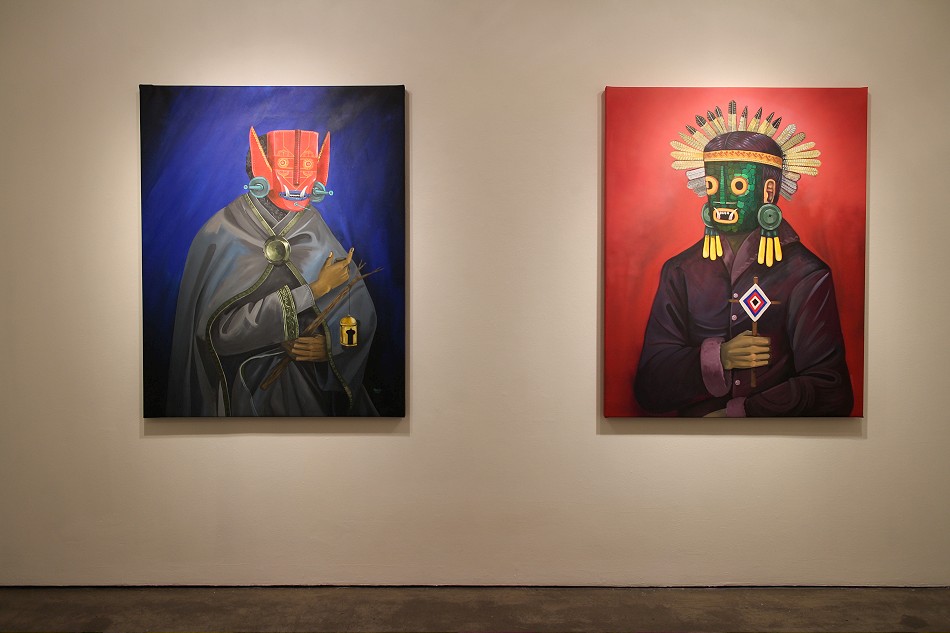 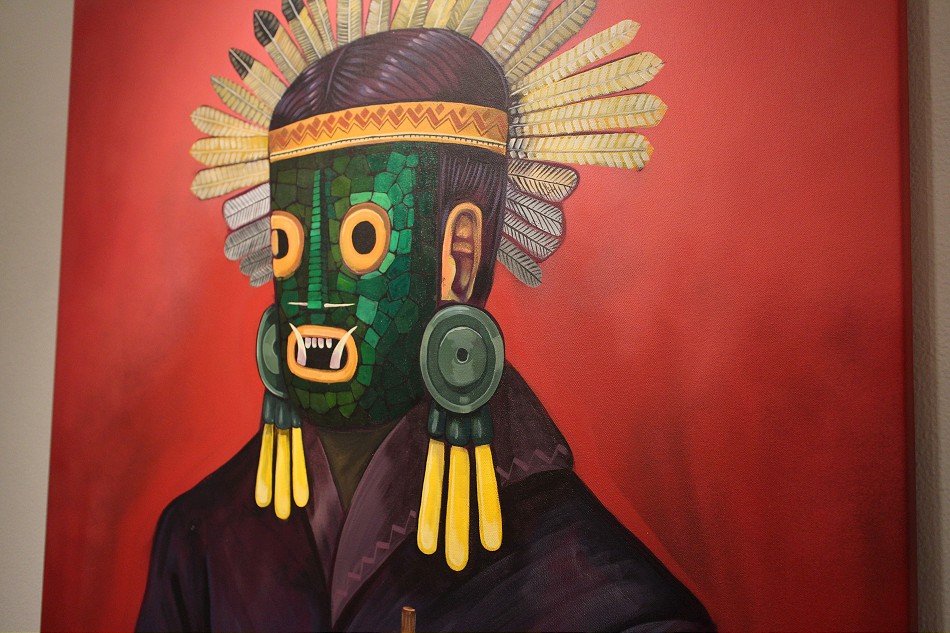 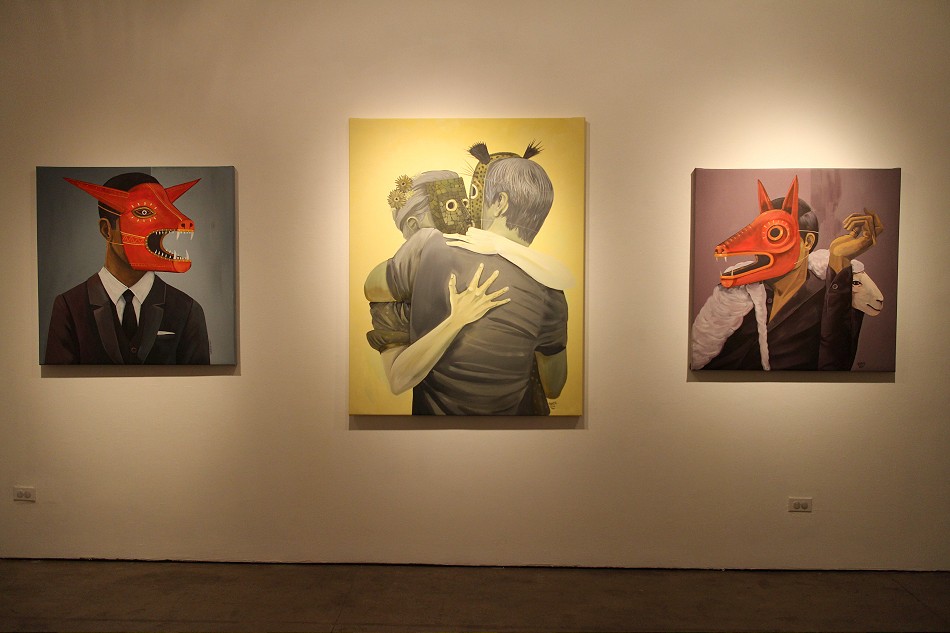 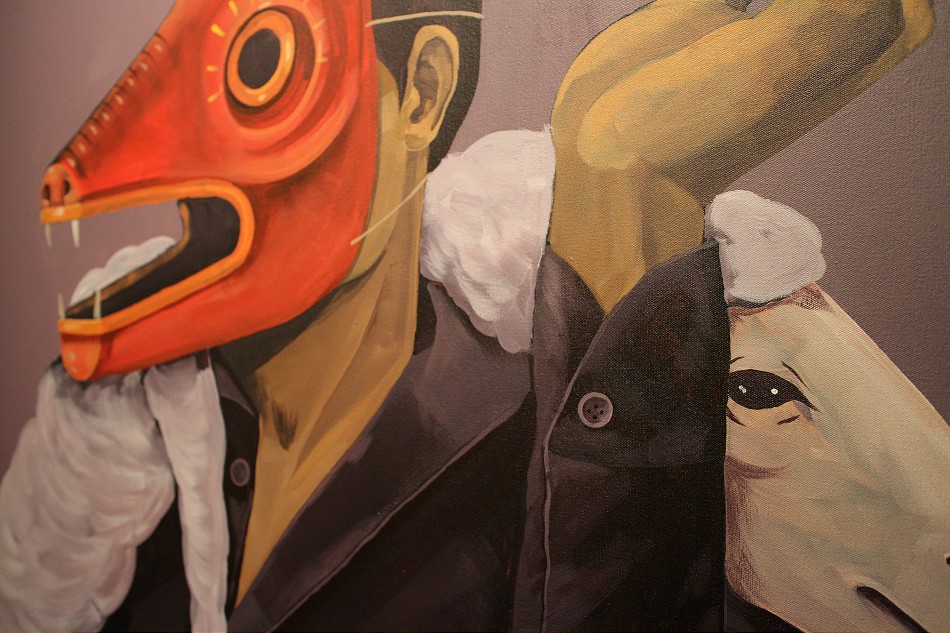 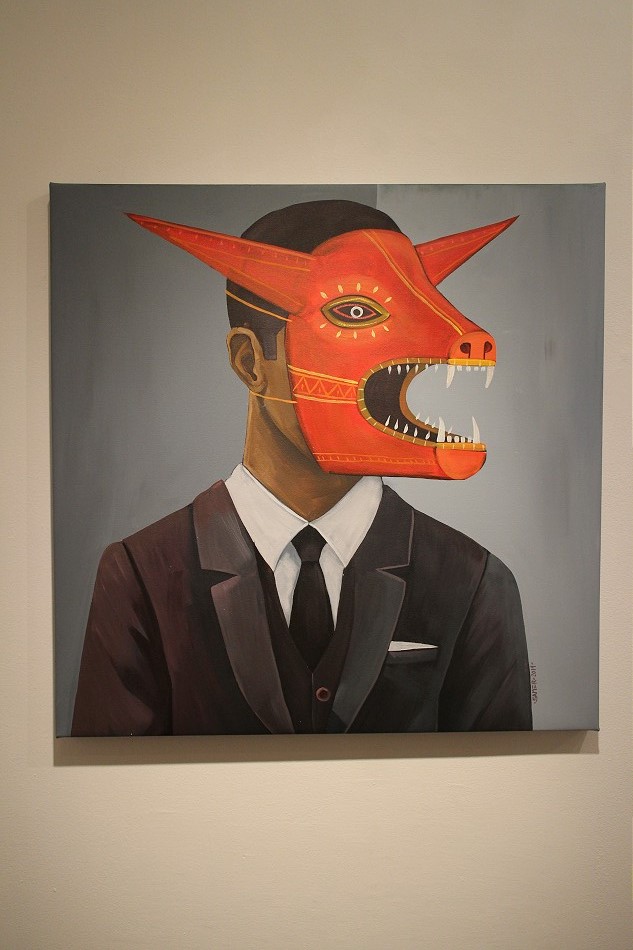 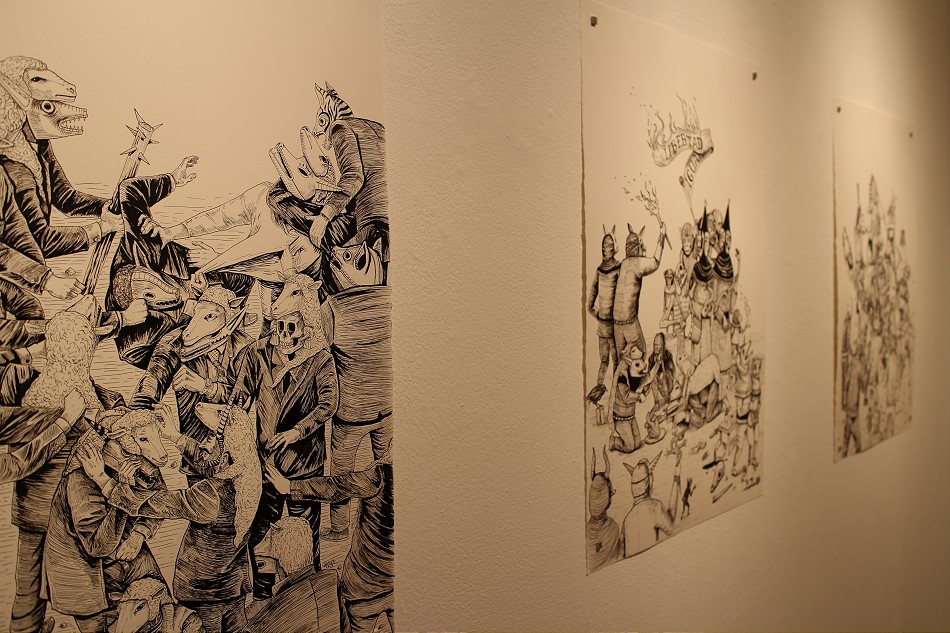