DALeast (interviewed) recently opened his solo The Laten Photon at Jonathan LeVine Gallery in New York. Taking a step back from creating murals around the world, the Chinese artist spent last year focused more on his studio work, which is clearly noticeable from the pieces presented. Following the success of his previous show with the gallery almost two years ago (covered), and last year’s UK sold out solo debut (covered), this exhibition attracted a lot of art lovers and generated some great feedback. One thing that could be heard at the gallery was that digital photos online don’t do the work justice as they look so much stronger in person.

For this showing, the South Africa-based street muralist created a series of new acrylic and ink works on tea-stained linen as well as a collection of drawings on paper. The concept behind the new imagery, which is inspired by the way the material and spiritual world revolves, is quantum physics. It’s the photon as an elementary particle that stimulates vision and creates light, and is sometimes composed of dark matter. Likewise, Dal’s works balance between light and dark, human and beast, chaos and control, representing the duality that runs through the universe and our minds.

The pieces introduced vary both in size and format, which is the result of years of brushing up his skills painting various sized murals around the globe. The drawings are mostly studies for his canvases and even the public works we’ve seen, and are great examples of the way his signature line work builds an image from a chaos of seemingly unrelated lines and particles. On the other hand, his canvases show several noticeable new elements – elaborate, detailed backgrounds, richer color palettes, focused composition, detailed highlights, and finer, more complex line work in general. This all results in his work popping even more from the surface, with an even more effective depth illusion that his work has been known for. Along with expanding his technique, his imagery also broadened with some new figurative and even abstract elements being introduced. 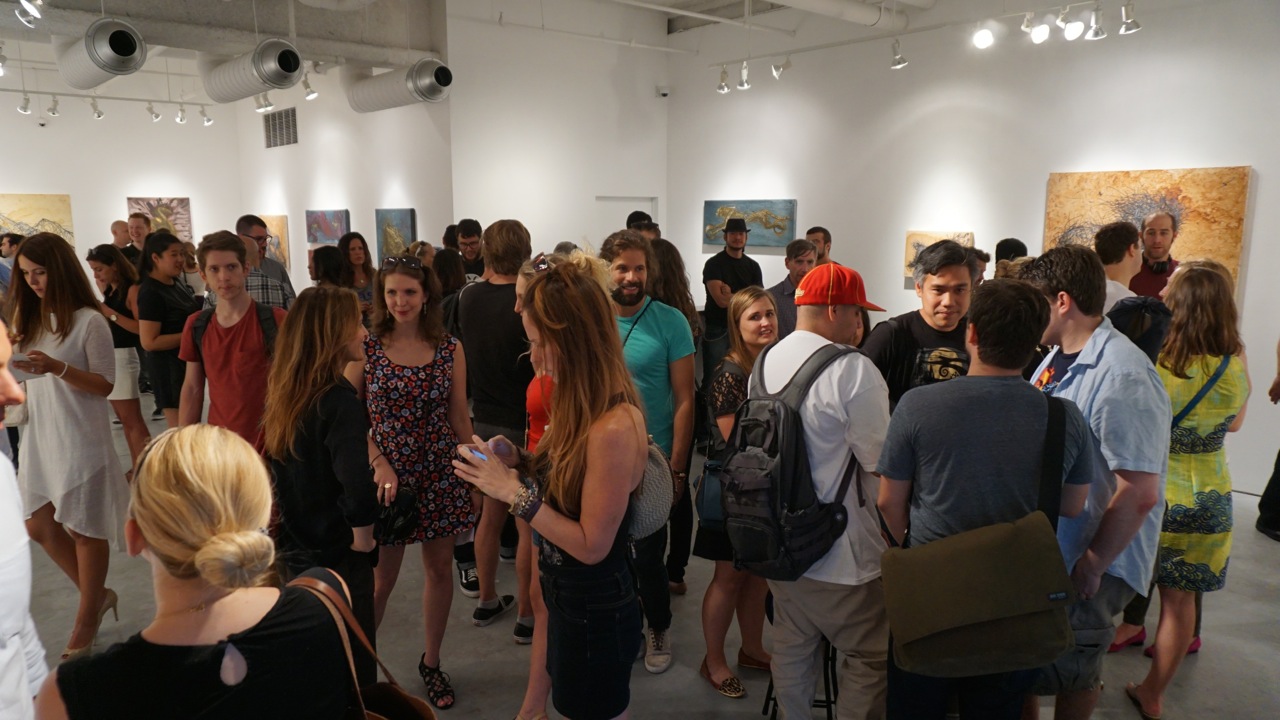 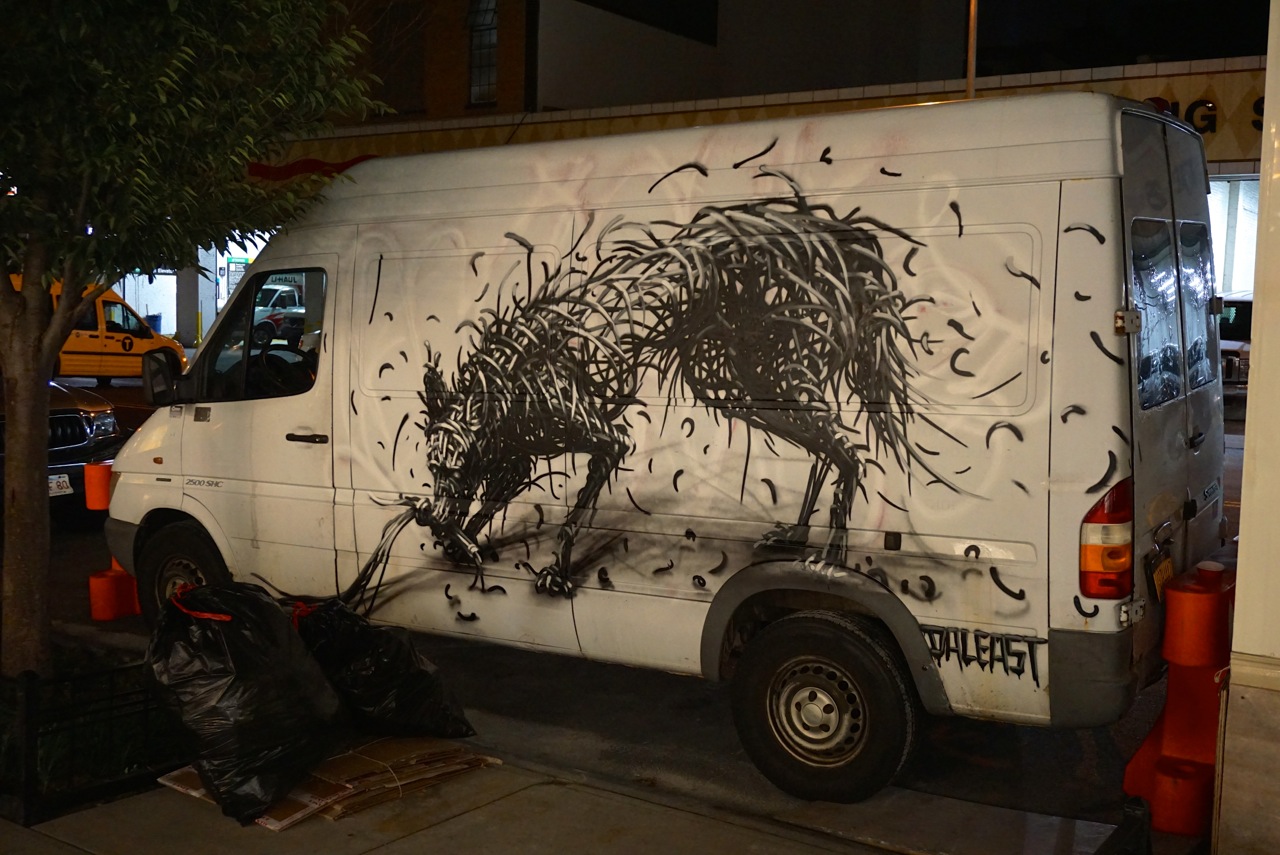 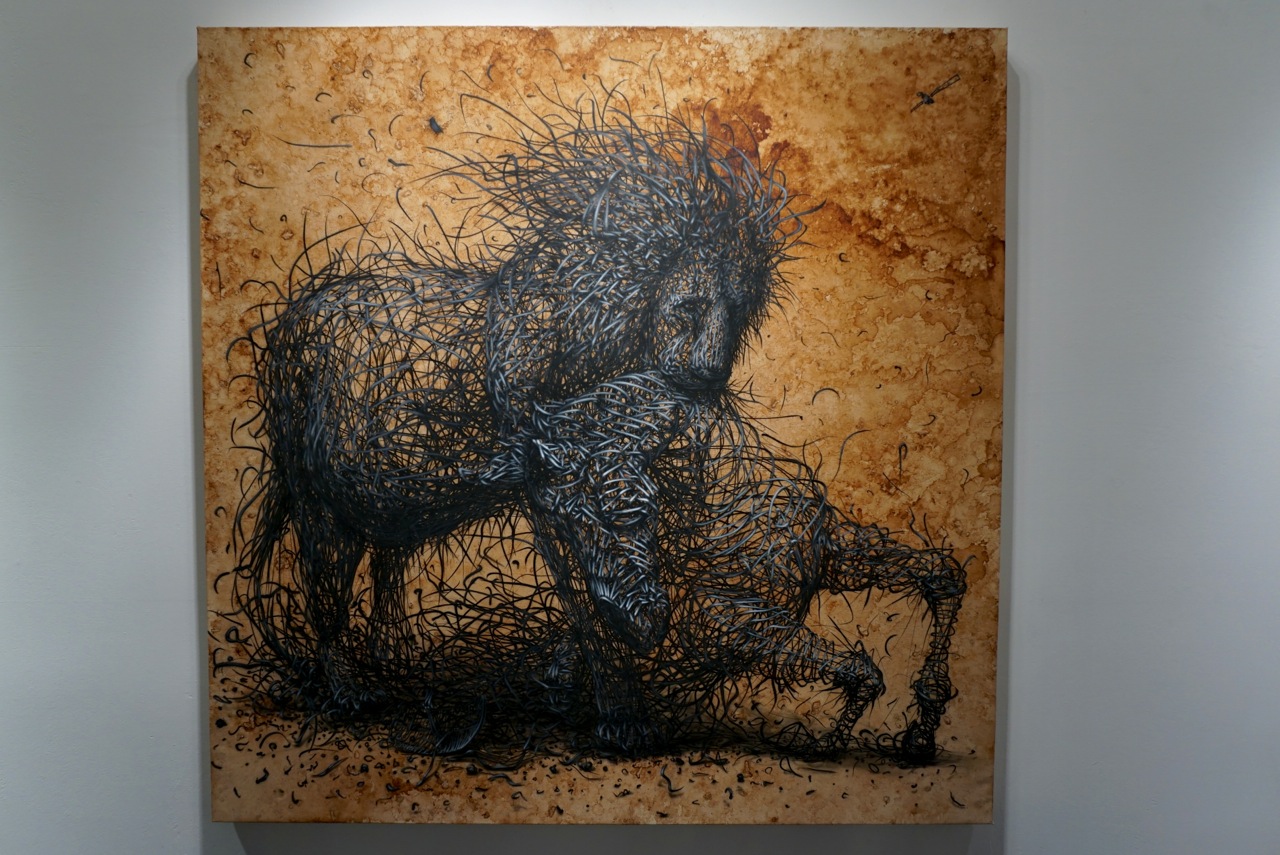 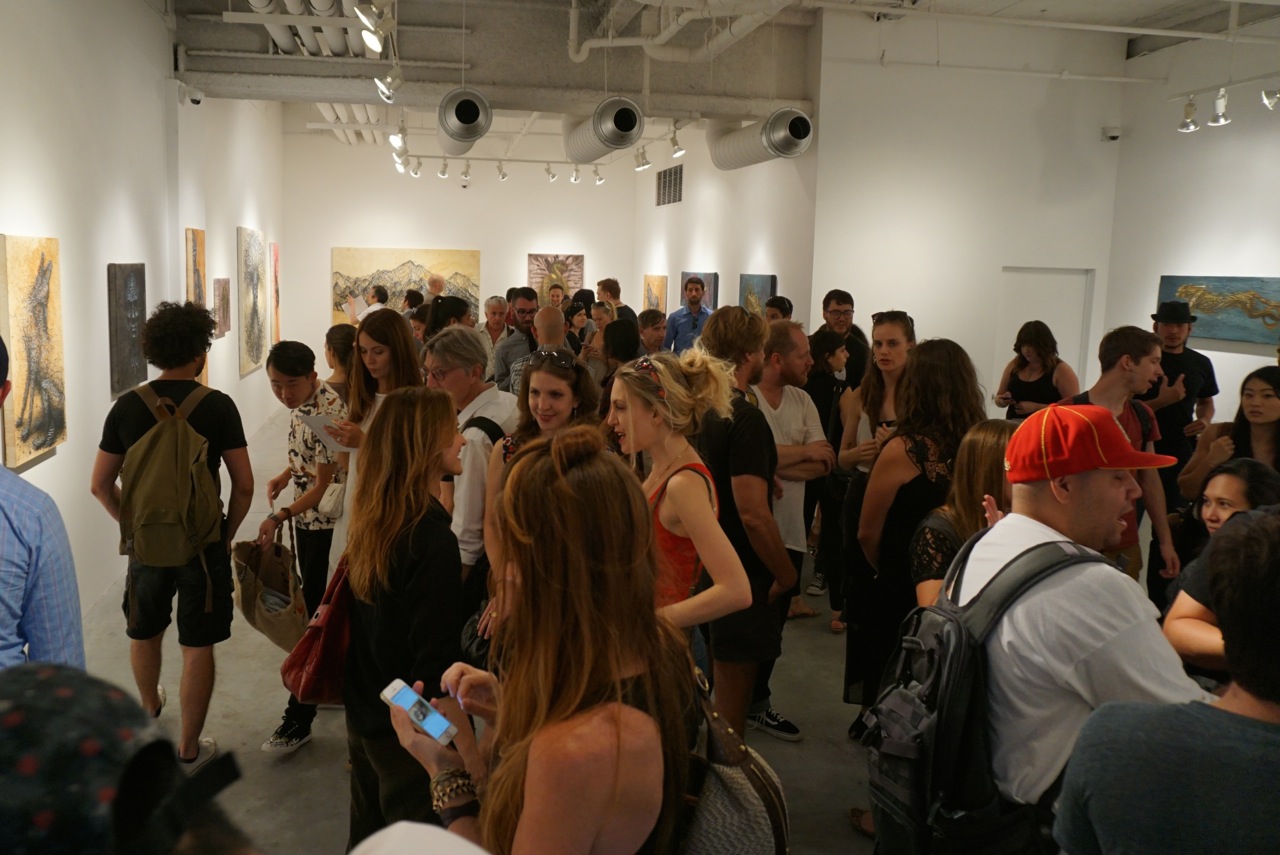 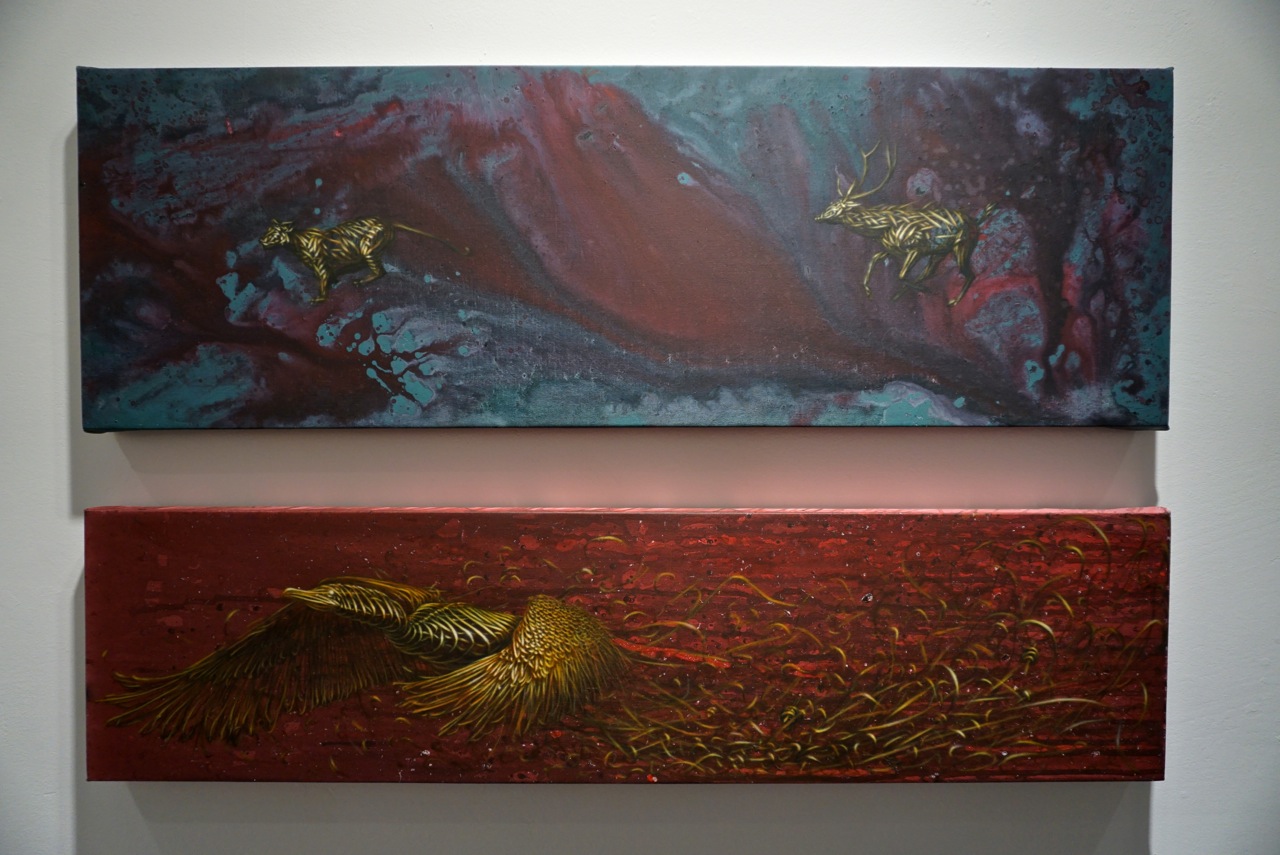 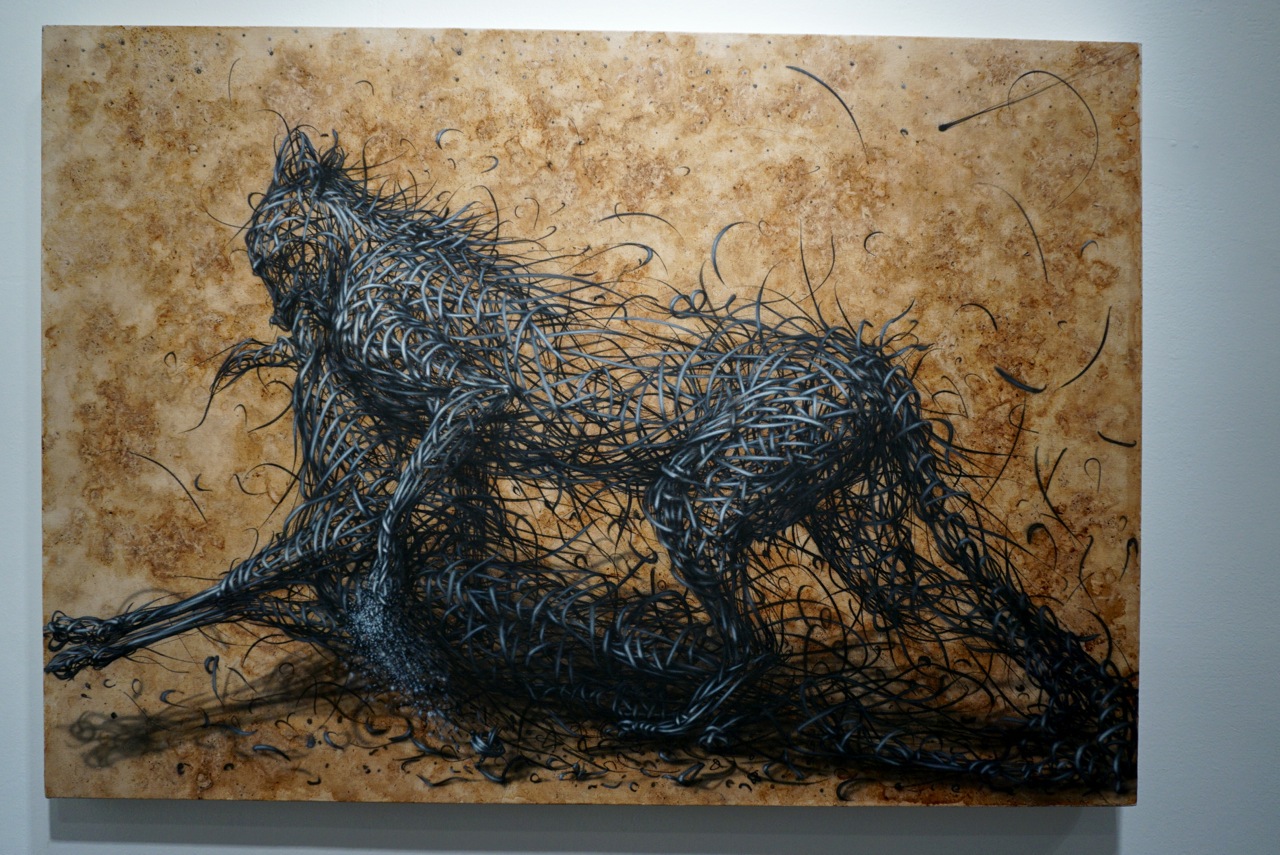 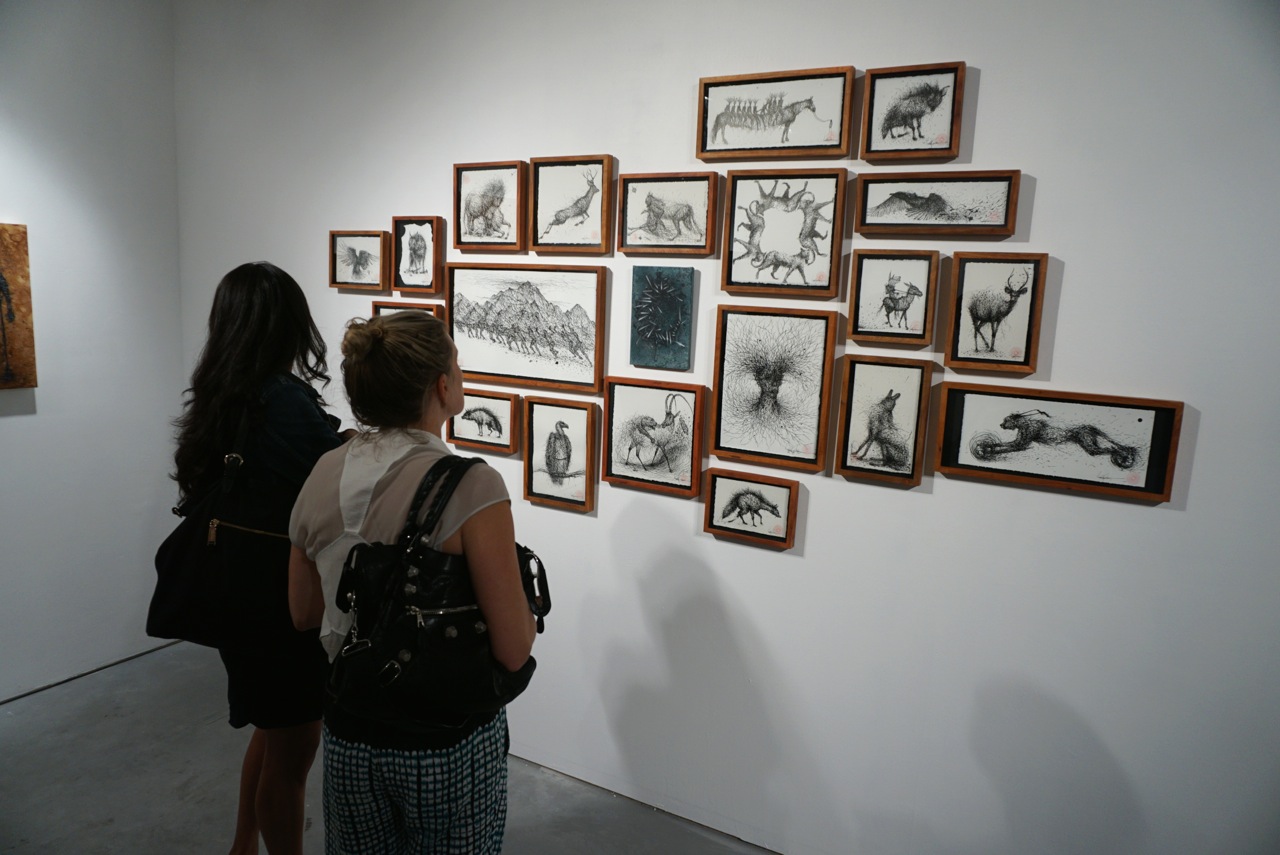 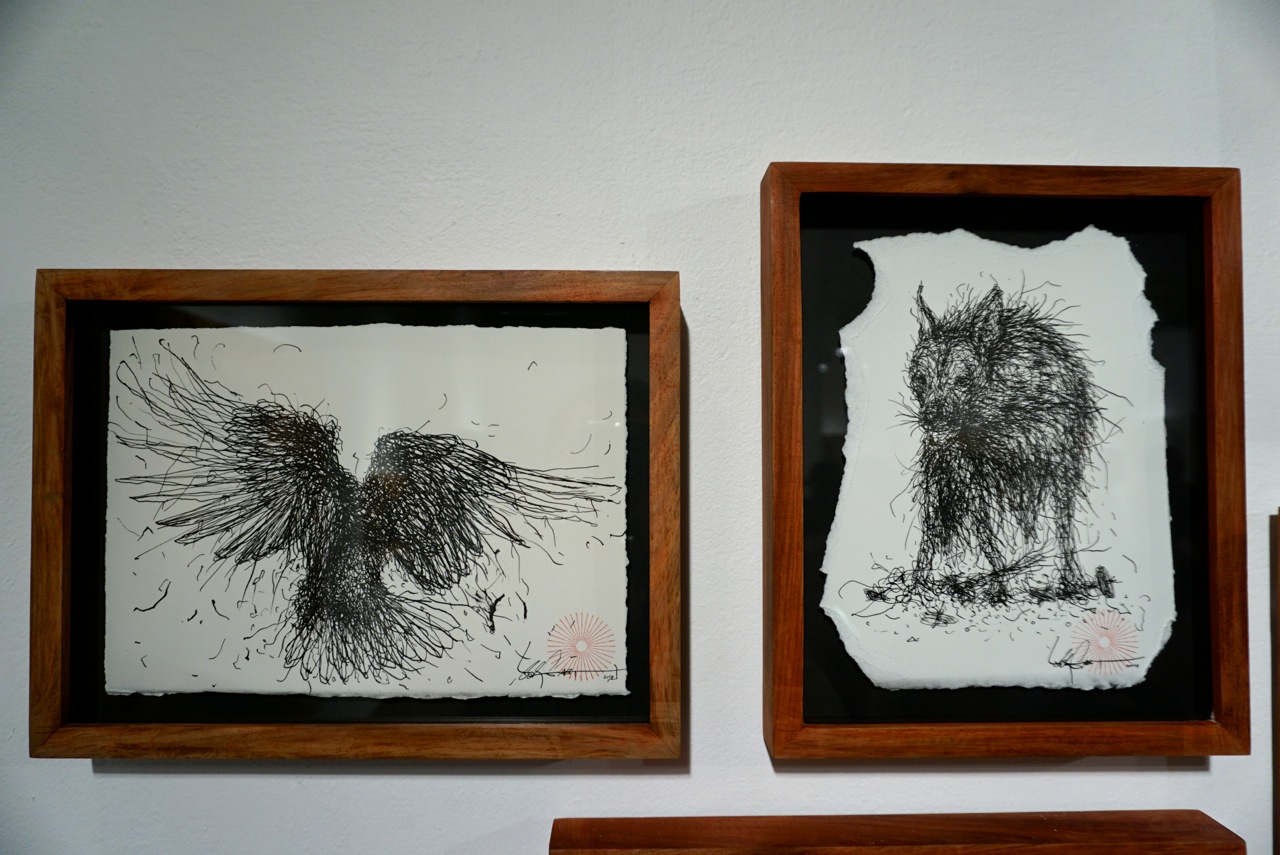