Taylor McKimens recently closed a solo show in his hometown, exhibiting works commissioned by his friend Bright Lyons. The collection of paintings shown at the popup location in Chelsea includes works that were created during and in between his shows and projects in Europe and stateside during the last 7 years.

Ranging from small works on paper to large canvases, the pieces presents the New York-based artist’s recognizable line work as well as witty and unusual play with colors and different painting techniques. Ranging from very illustrative to almost screen-print like, his paintings are filled with different layers and sections that are in somewhat disparity with each other. With contrast being one of the main ideas in his works, McKimens juxtaposes fine and rich line work against rough sketch-like borders, often clashing background colors with the main image and mixing different ways of depicting detail or even entire parts of his work. While some parts of his paintings are having solid fill in colors that are not entirely lined up with the borders, other parts are using line work as a fill in technique, as well as way of showing human anatomy or even textures. The tones of these elements are often switching in relation to the background which results in almost psychedelic effect that is somehow hidden at the first sight. At the same time, his signature motifs like recurring portraits, cactus-like plants, and elaborate suburban scenarios often obscure elements from popular culture or nods to his early comic works.

The show will stay on view until February 17th at the pop up location on 455 West 19th st, NY. 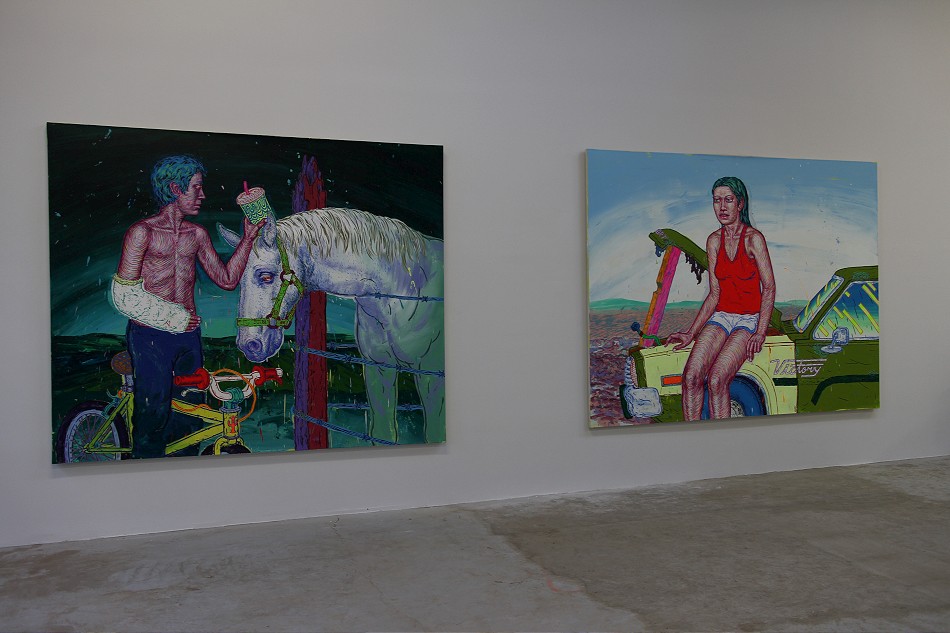 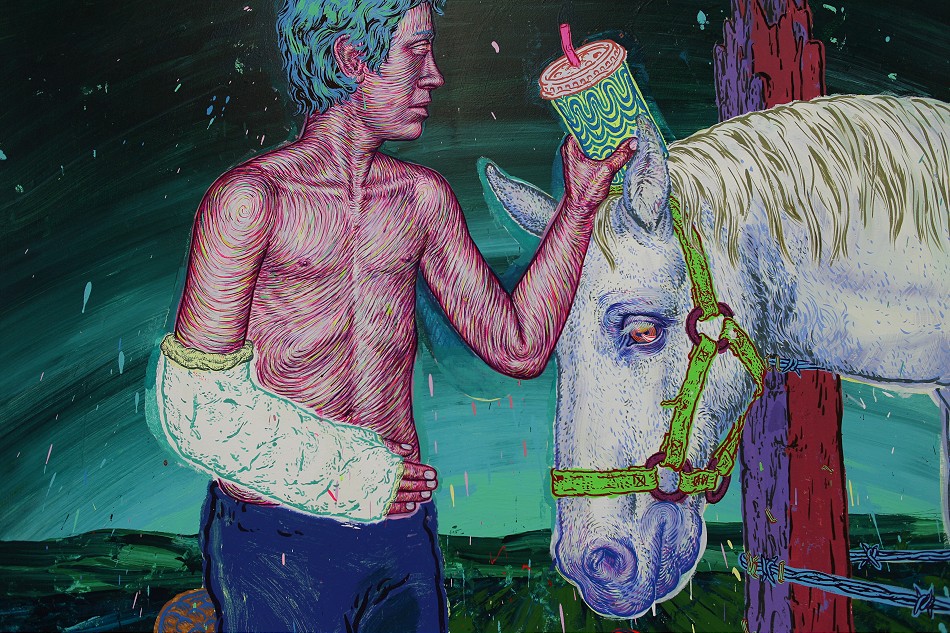 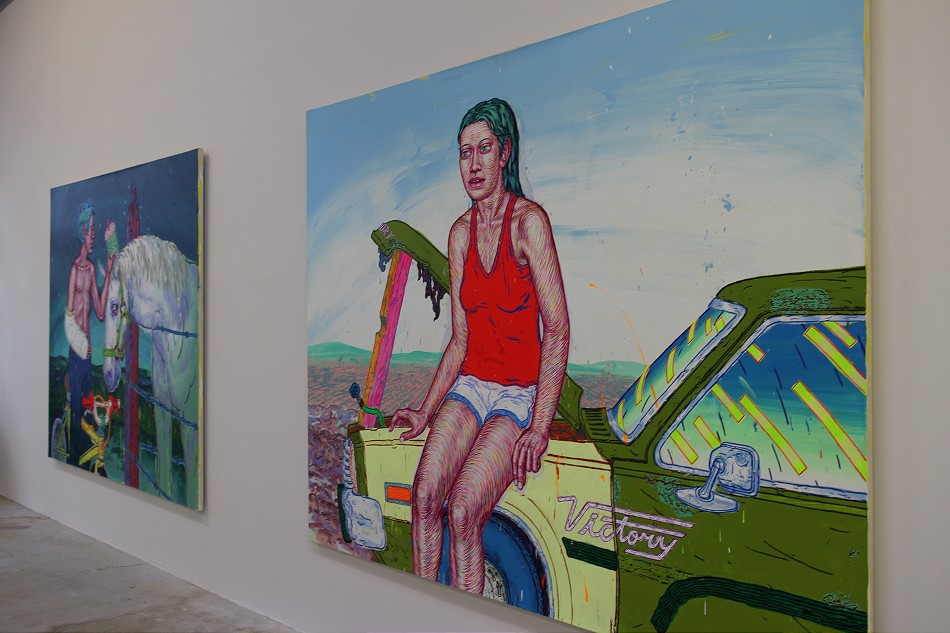 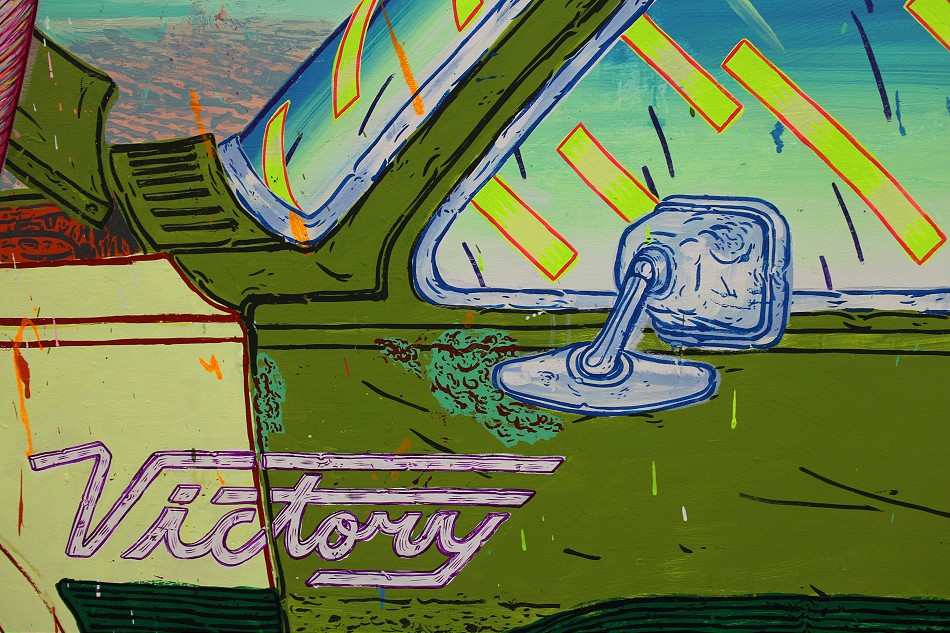 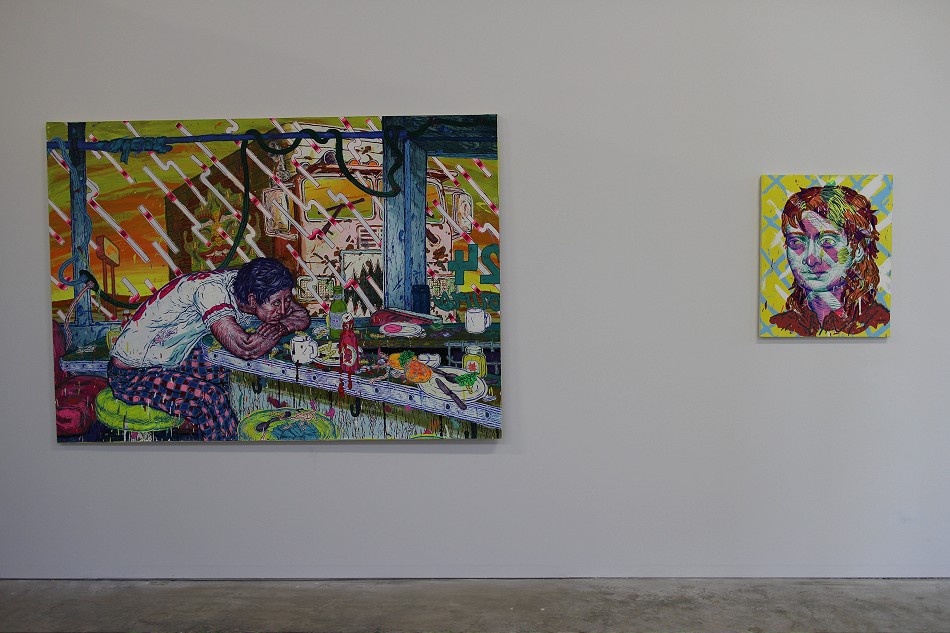 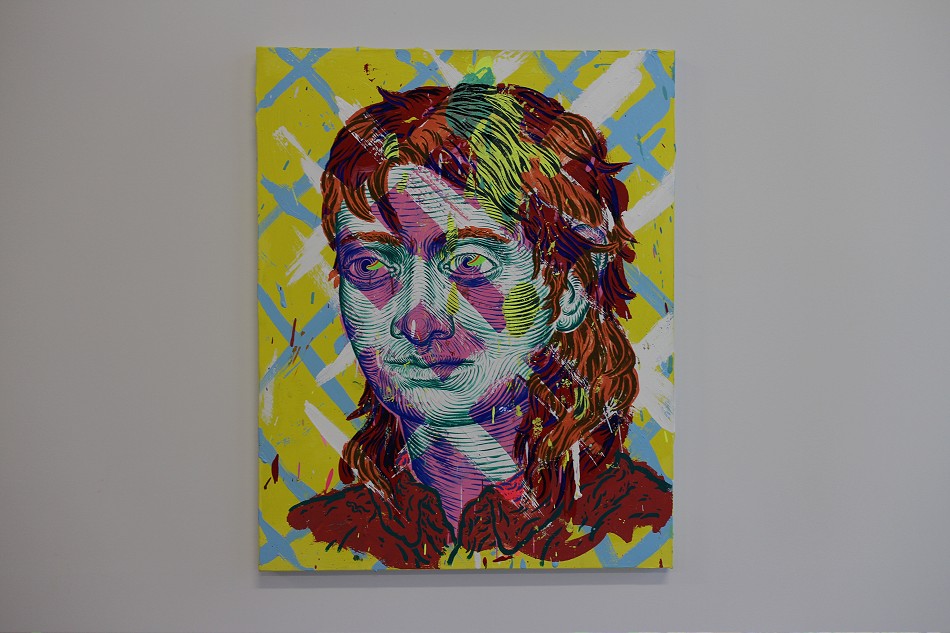 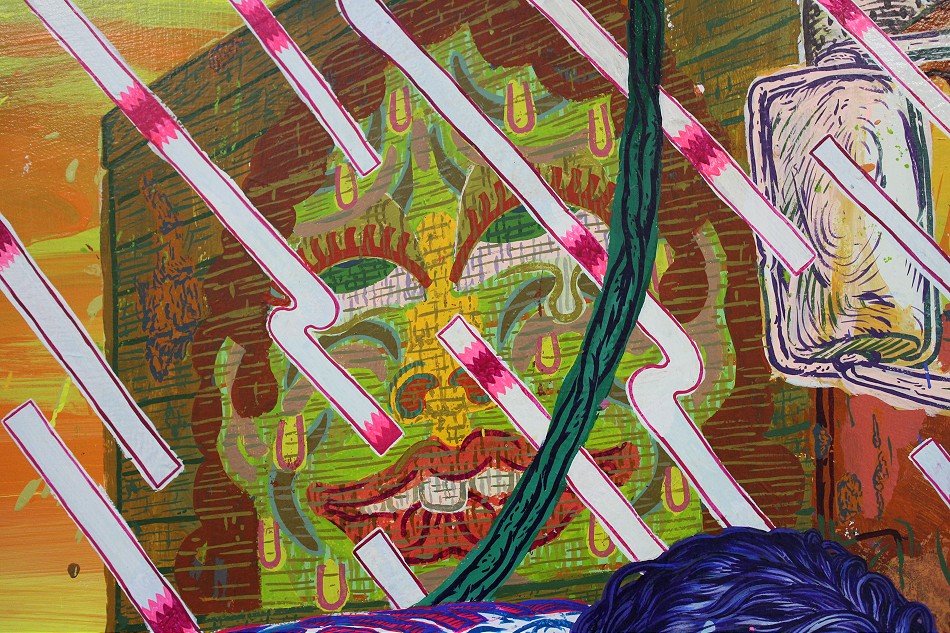 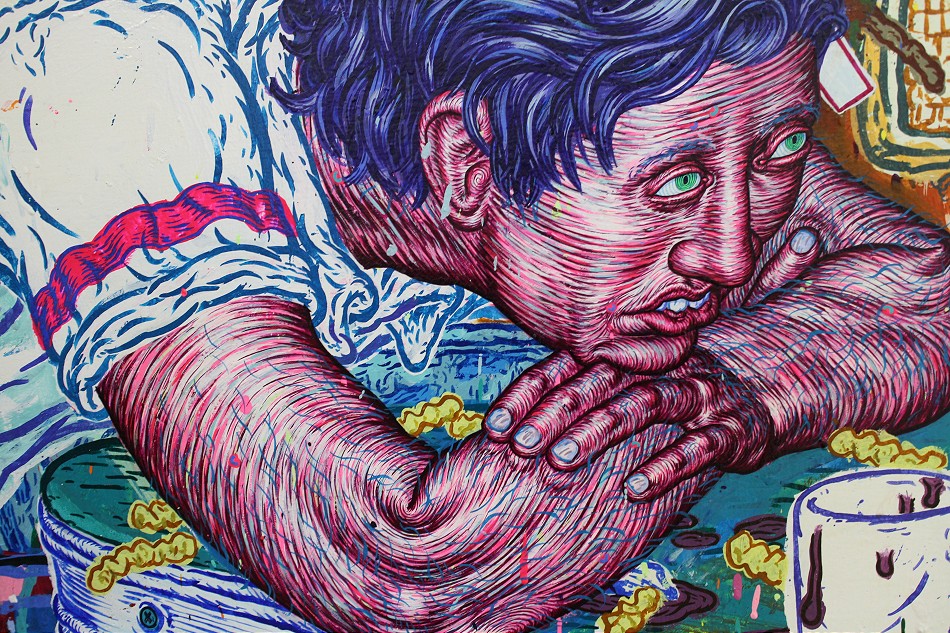