Paul Kasmin Gallery is currently showing a series of new paintings by Jiri Georg Dokoupil with his first NYC solo show in two decades. Consisting of large scale works from his Soap Bubble Paintings series, this installation is represents his ongoing experimentation with non-traditional mediums and chemical processes.

The Czech-born artist started producing these kind of works back in the 90s, after mixing a color pigment and soap. After years of perfecting his technique, the result are striking works that freeze the moment and capture the fragile, transparent nature of bubbles. By adding diamond dust and metallic pigments to his formula, the newer works accent the oversaturated colors used, giving them more shine and adding some depth to them. This effect is emphasized with the black background of the works, as well as their impressive size. This specific technique of capturing organic shapes invites the observer to examine the works from up close, while giving the impression of the bubbles being ready to free themselves from the canvas and continue their unpredictable floating journey.

The show opened on January 8th and will stay on view until February 7th at the gallery location in Chelsea, NY, and it marks the beginning of the representation of Jiří Georg Dokoupil in the United States. 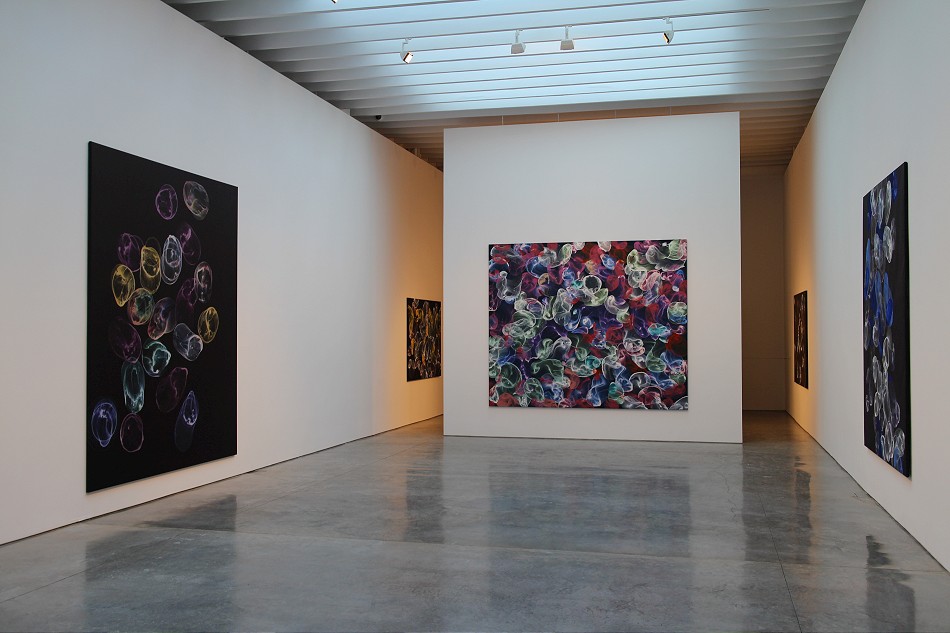 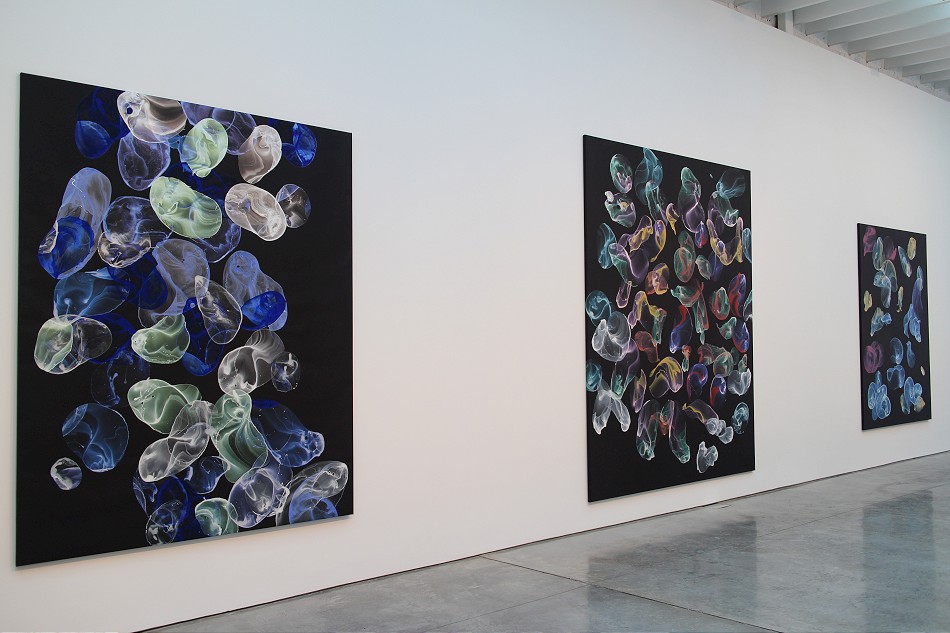 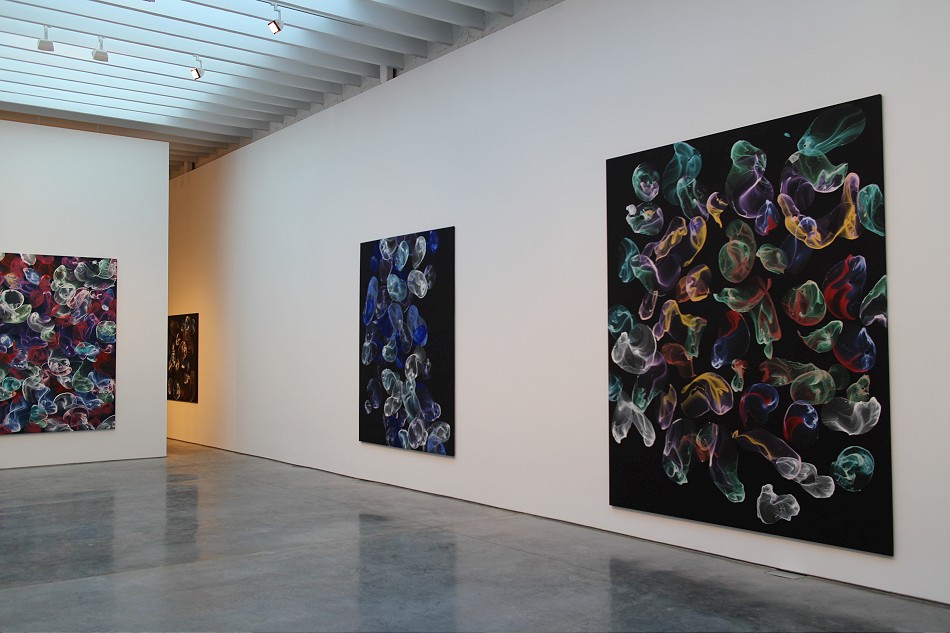 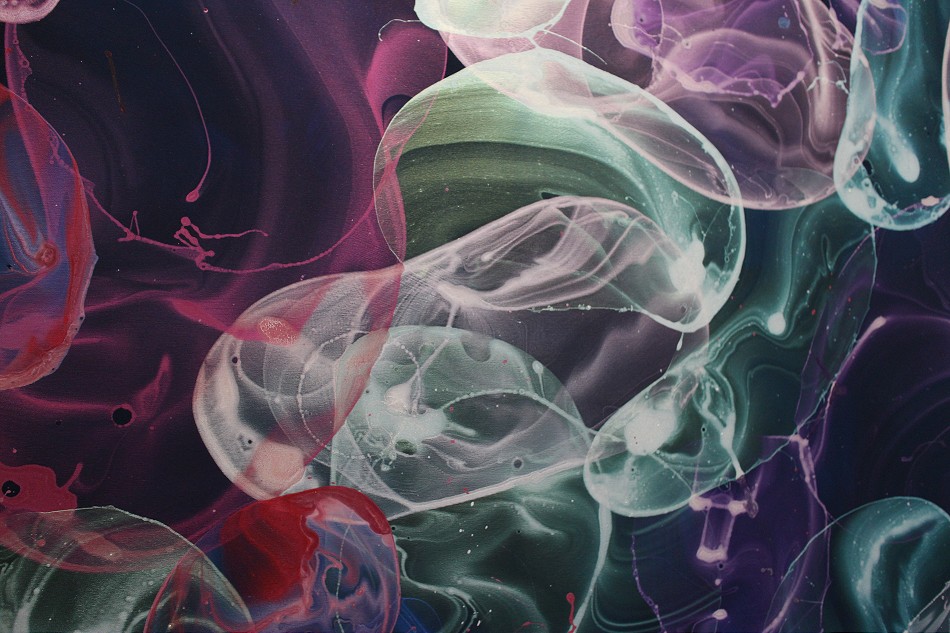 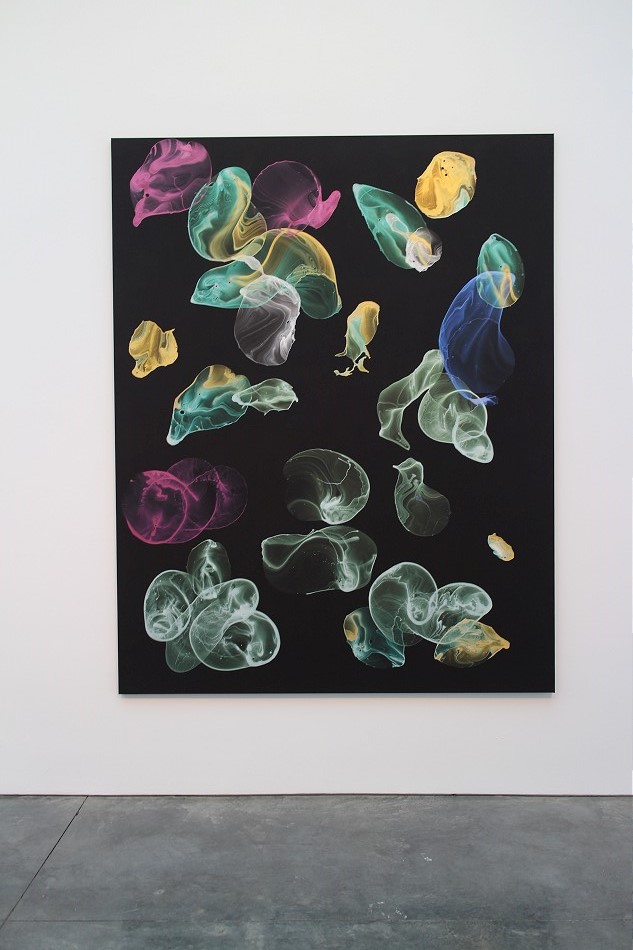 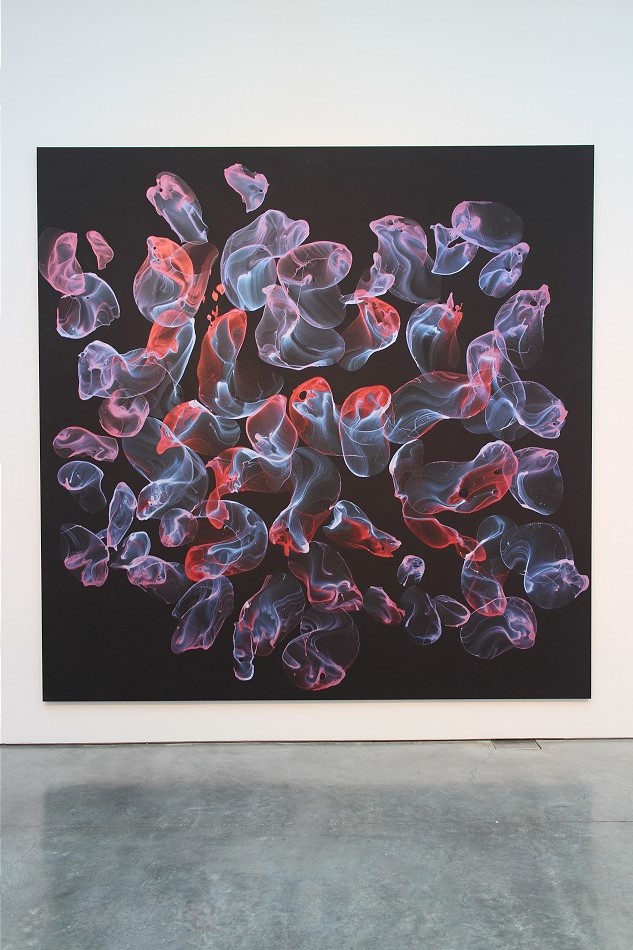 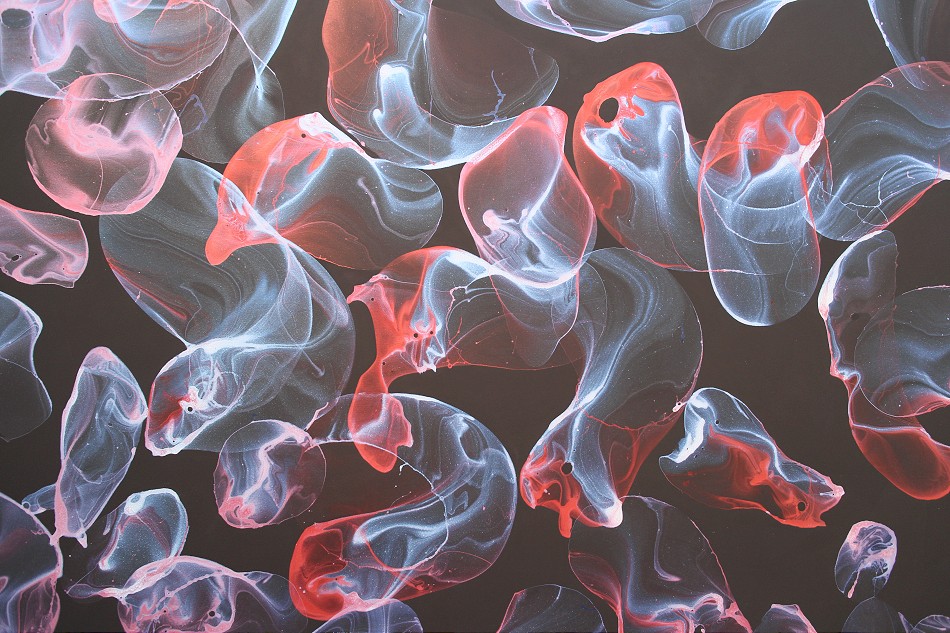 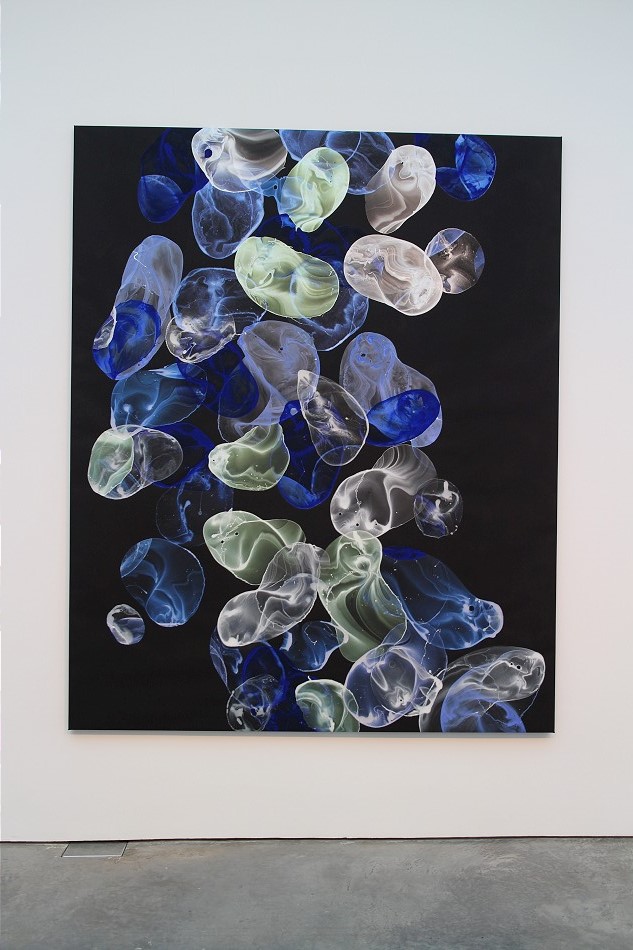