AM recently covered the opening and first week of the last show by Dran, which was hosted by Pictures On Walls and closed on Saturday 21 February.

The uniqueness of Public Execution is that it was produced by the artist — bit by bit and in public view — over the course of its duration. A white space filled with spraypainted images of blank canvases on Day 1 evolved into a picture-rich multicoloured venue on Day 17, the grand finale. Some visitors have referred to it as an art show in reverse, although we believe “art show prequel” is more accurate. The setting up and creation of works for the exhibition arguably became the exhibition itself. In essence, Public Execution could be described quite fairly as a performance art project.

Our previous post featured photographs of the event taken on Days 1, 2 and 7. There now follows additional progress shots from Days 9 and 13 (respectively, 13 and 17 February). 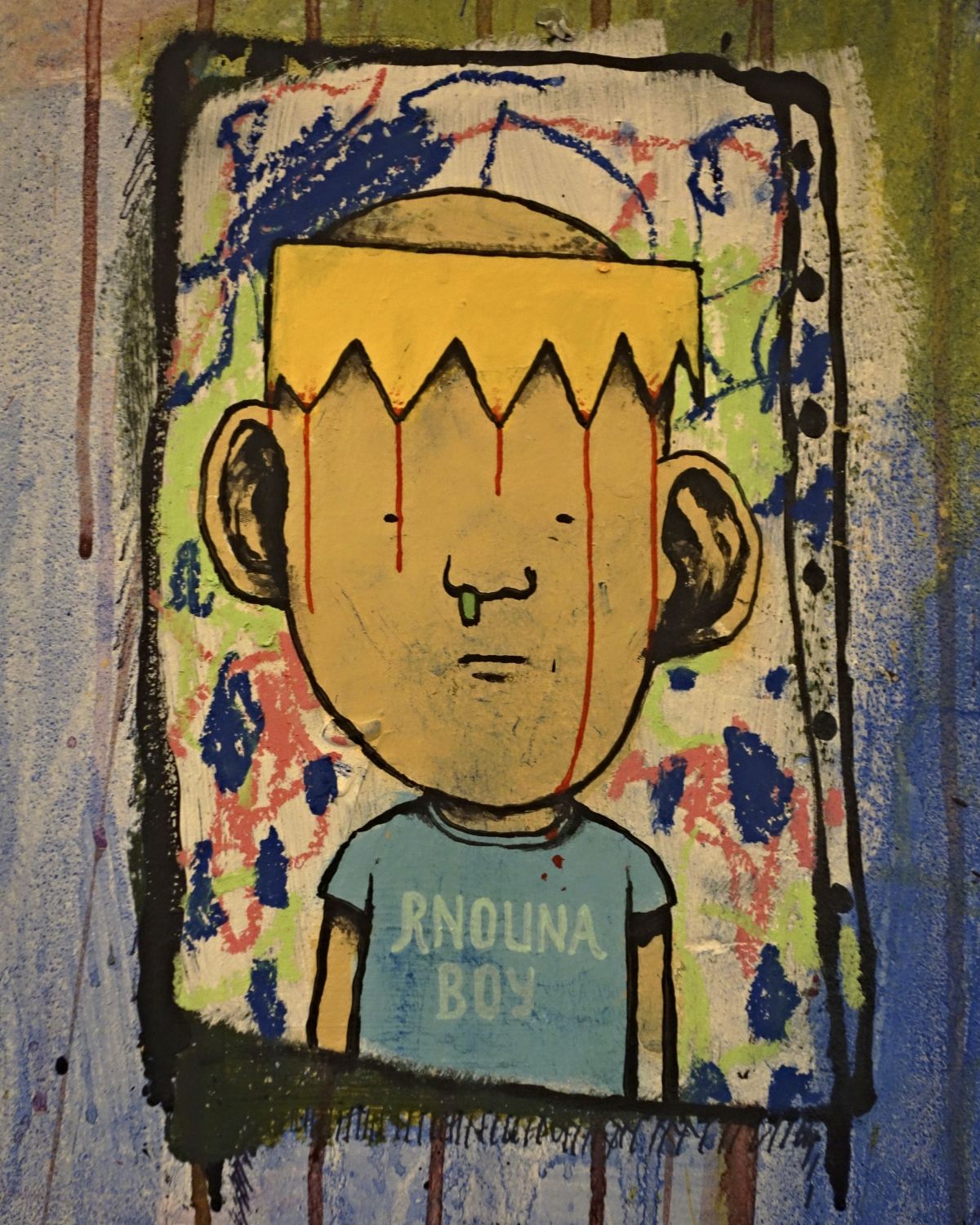 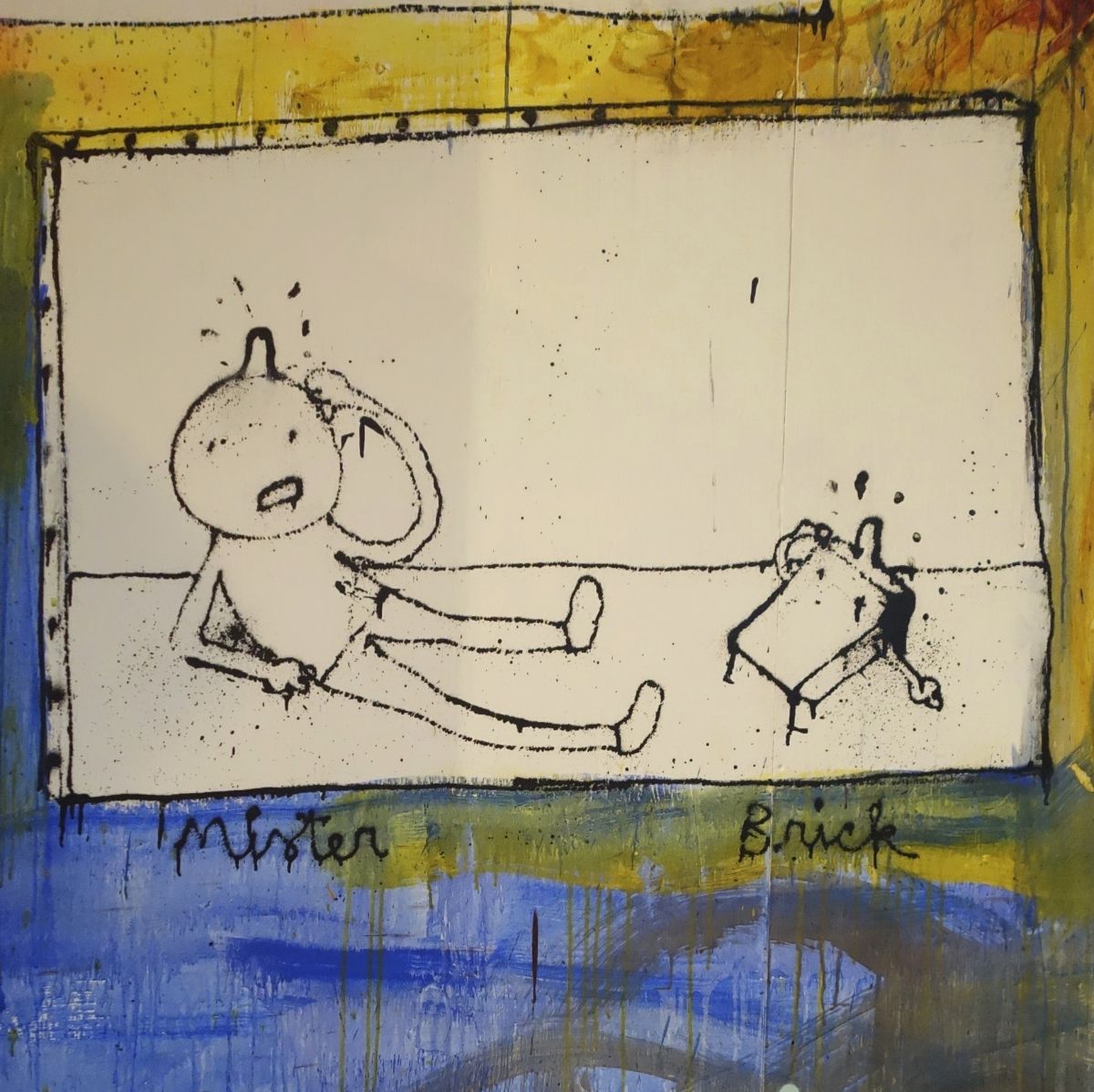 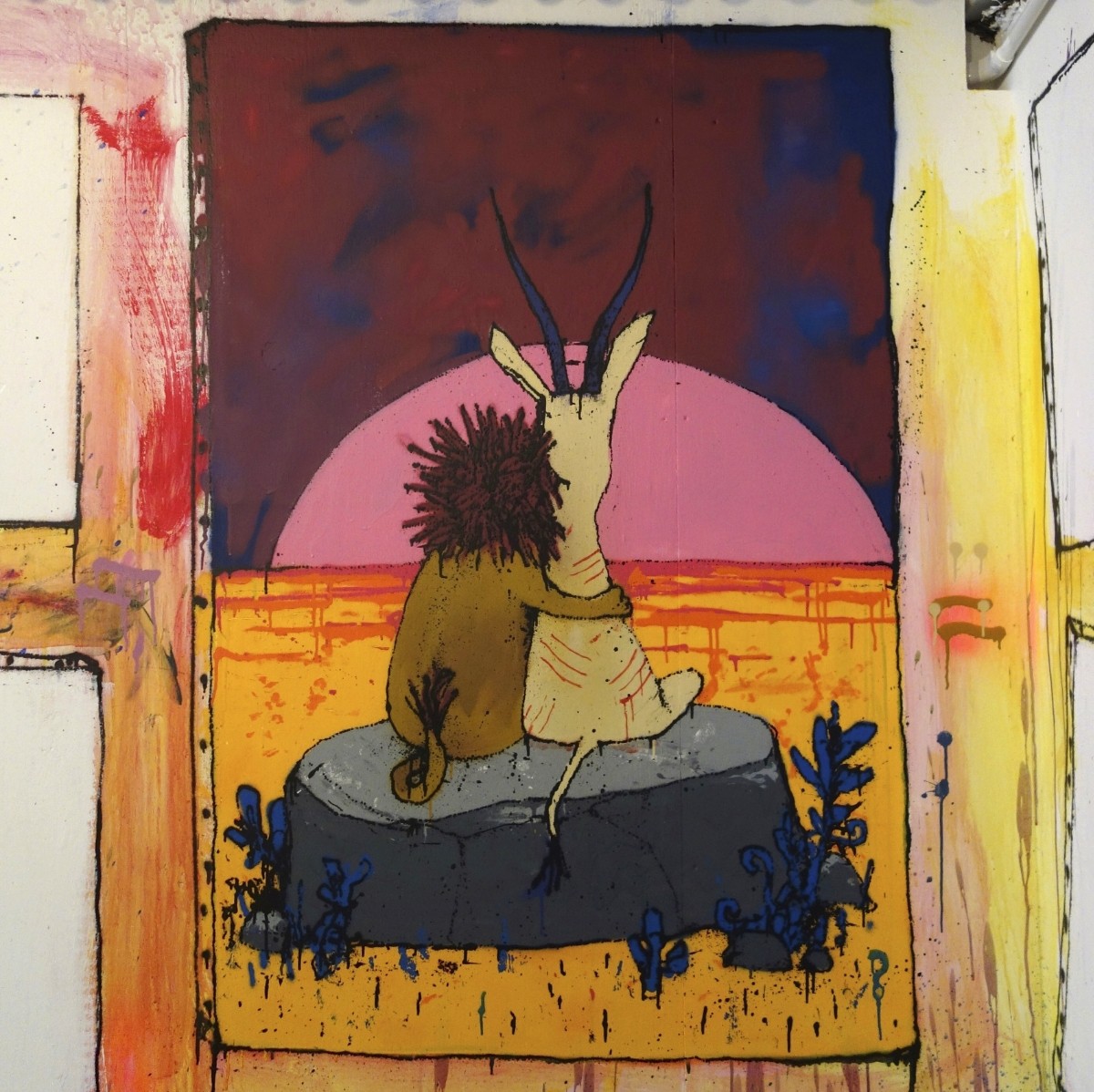 A painting we were especially drawn to is Sunset, which is either optimistically hopeful or ominous and foreboding, depending on the viewer’s frame of mind. Shown from the back, a lion sits side by side with an antelope covered in bloody claw marks. Together they gaze at a setting sun. The lion has a front leg wrapped around the shoulder of its natural prey in a manner which may be affectionate and protective, perhaps after the two made their peace following a chase and battle. Alternatively, that same gesture can be interpreted as controlling and sinister. Ambiguity is what offers Sunset its greatest strength.

This image was later also chosen for a nine-colour, varied limited edition, screen and stencil-sprayed print. It was one of two sold-out print releases by POW on 21 February, the last day of the exhibition. 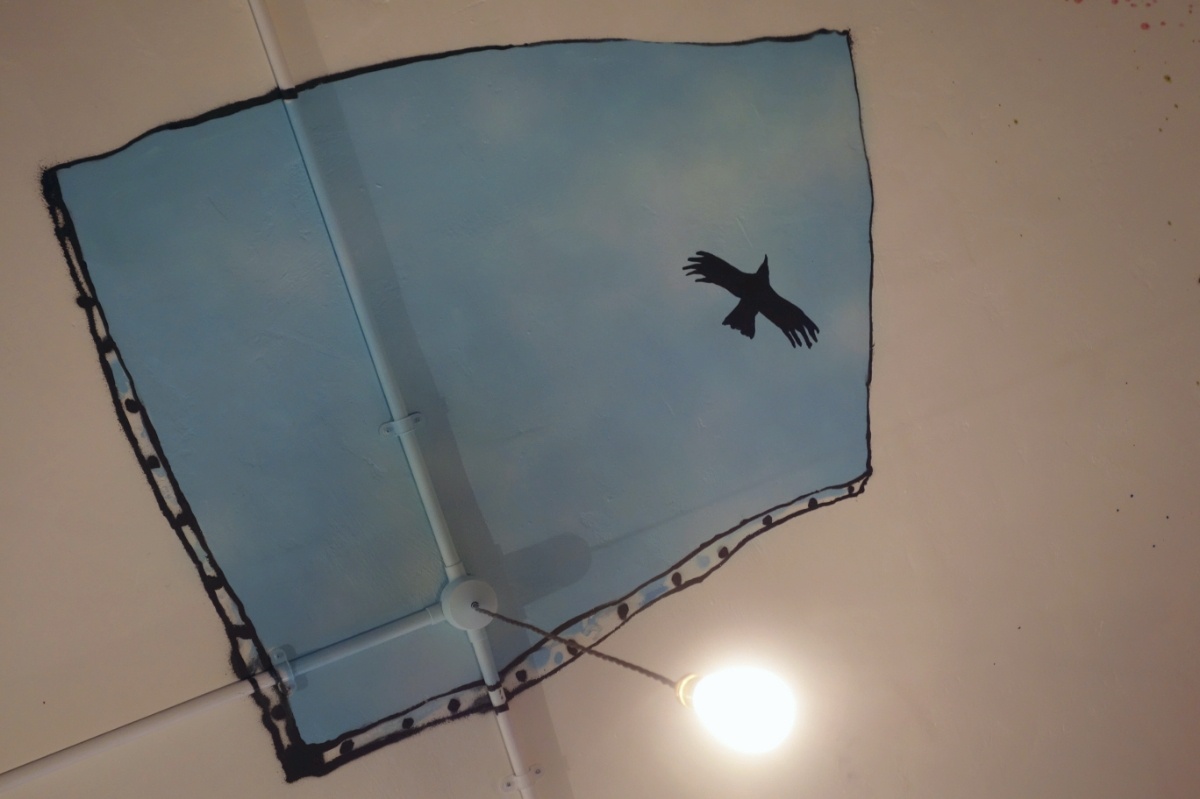 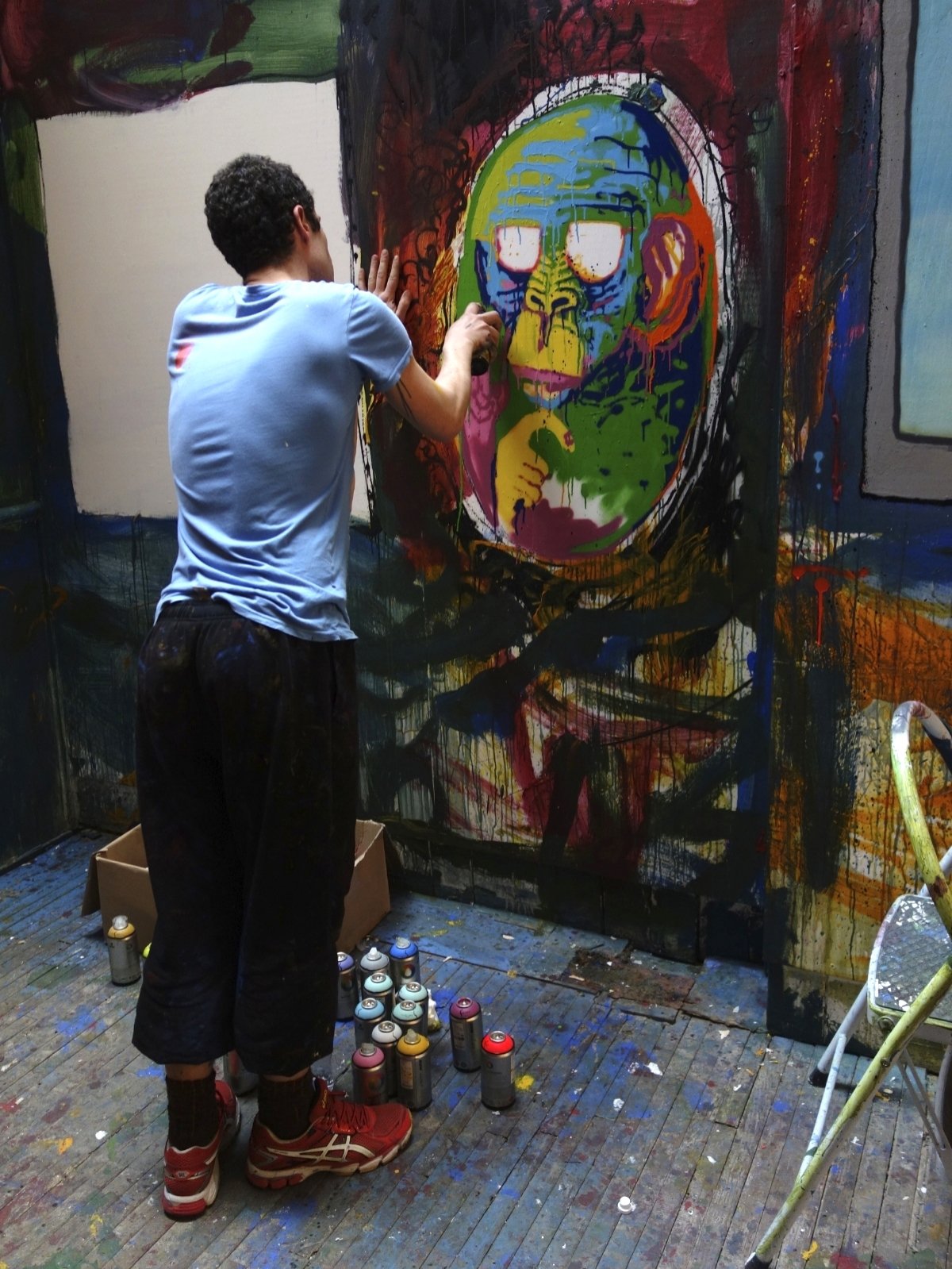 The artist at work, photographed with his prior consent. 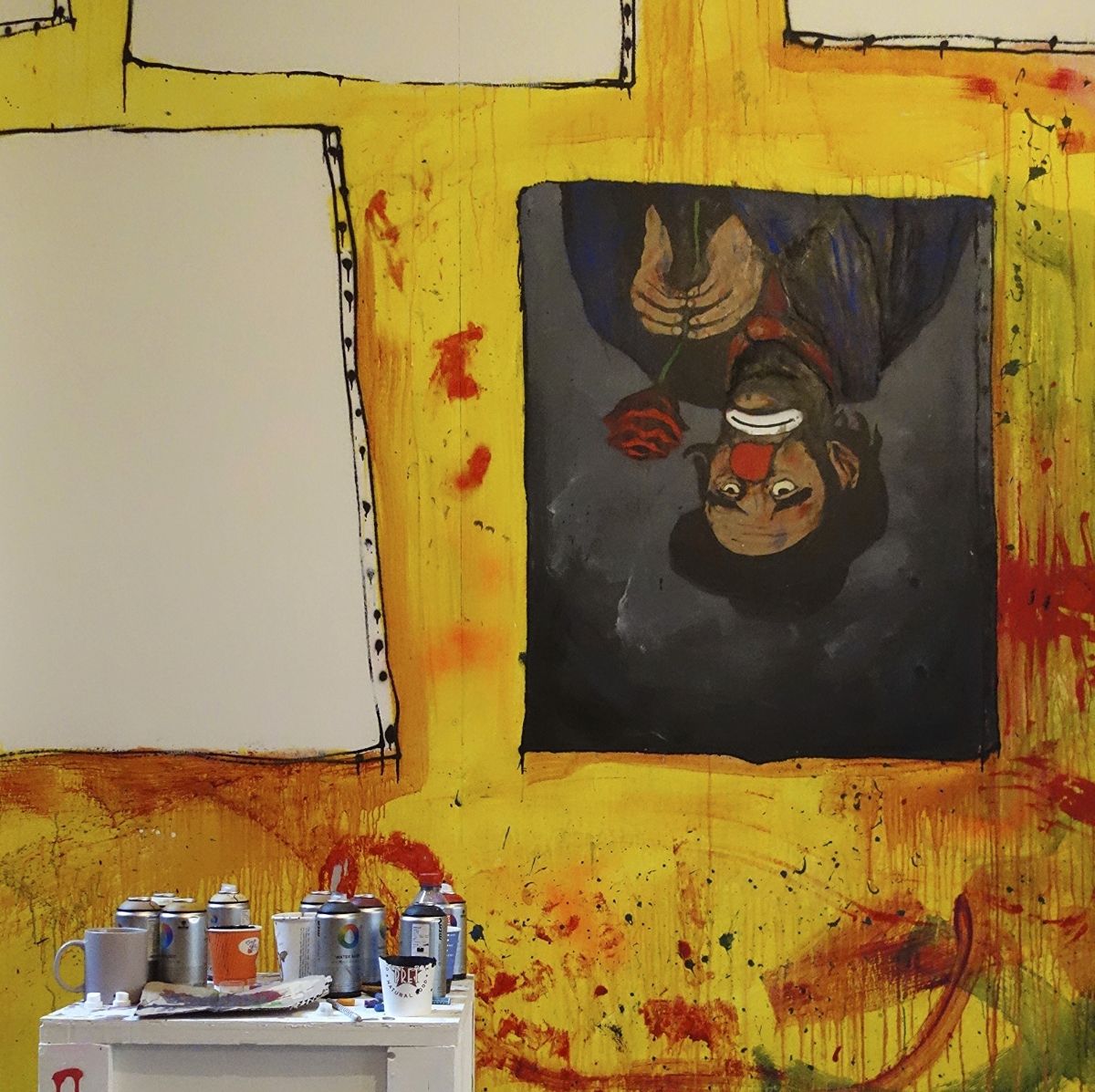 Clown a la Rose immediately reminded us of the annoyingly cheerful command, “Turn that frown upside down.” Although far from being our favourite work, we appreciated the technical challenge Dran embraced with this piece. Given it was painted directly on the wall, and not on some movable base that could later be upturned, the artist pushed himself to compose an inverted image — much easier said than done. 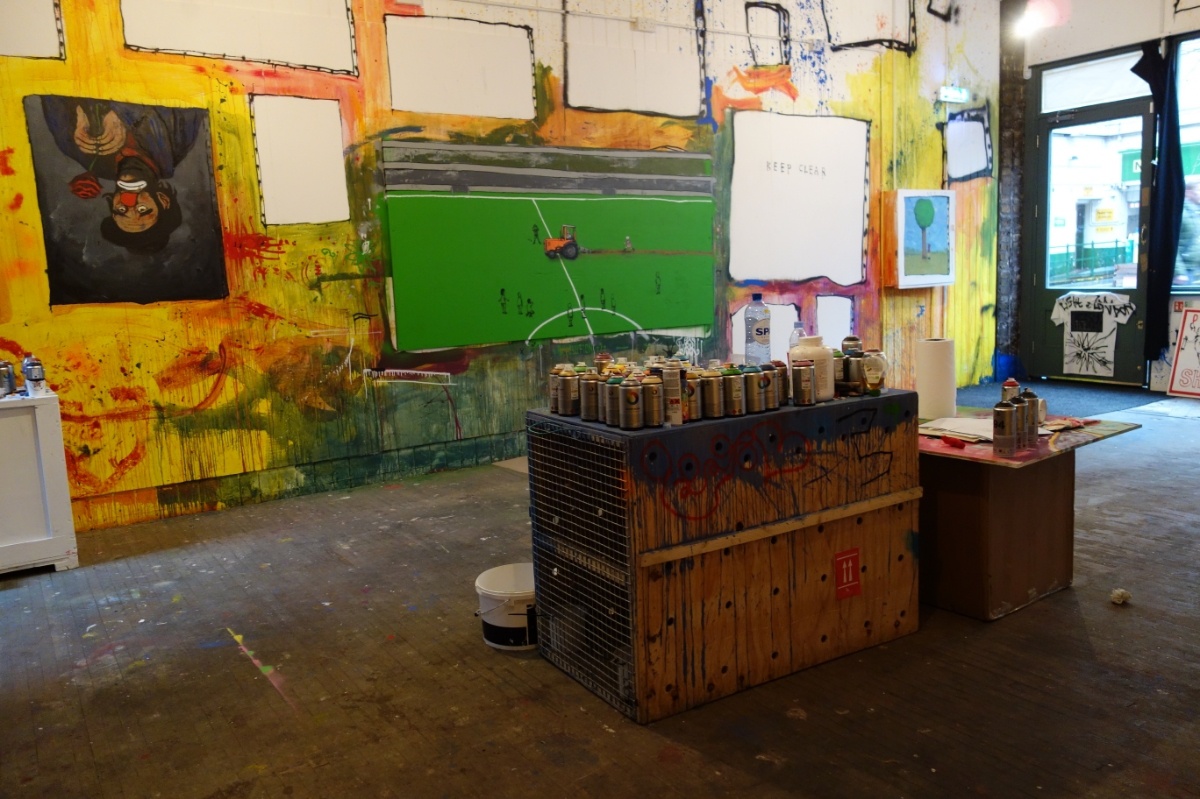 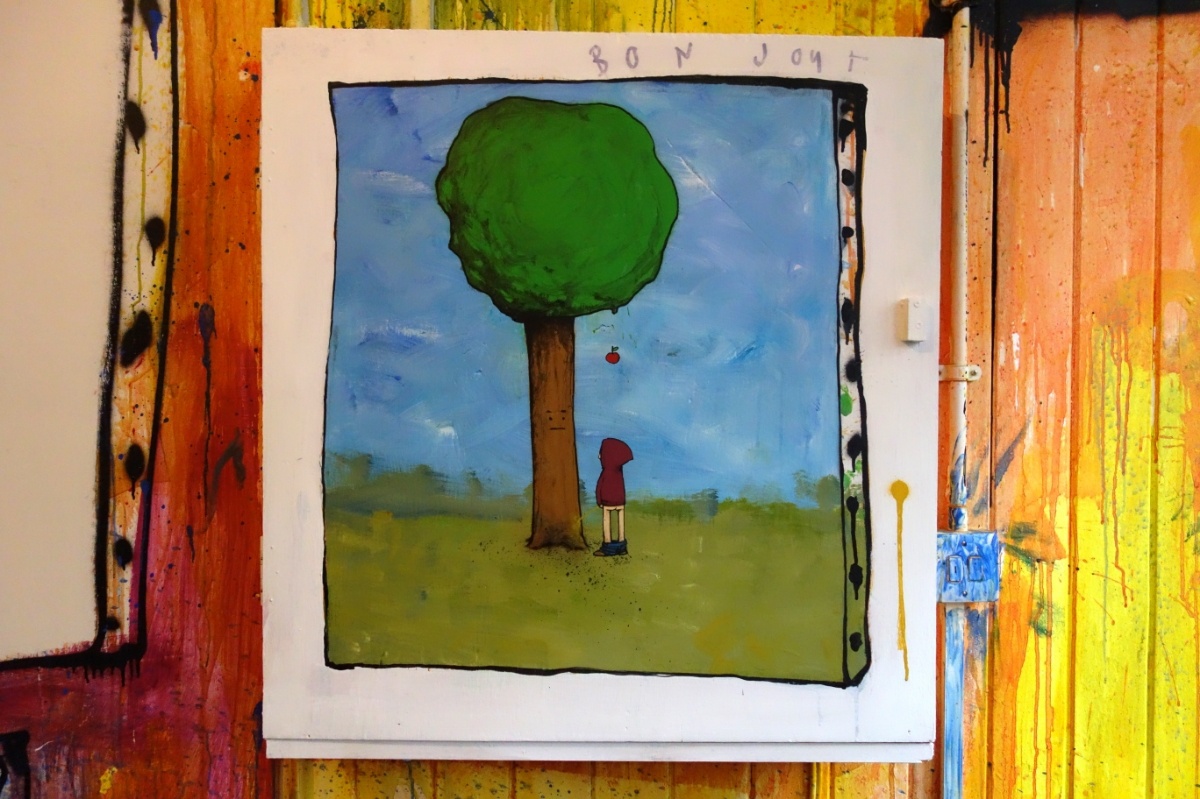 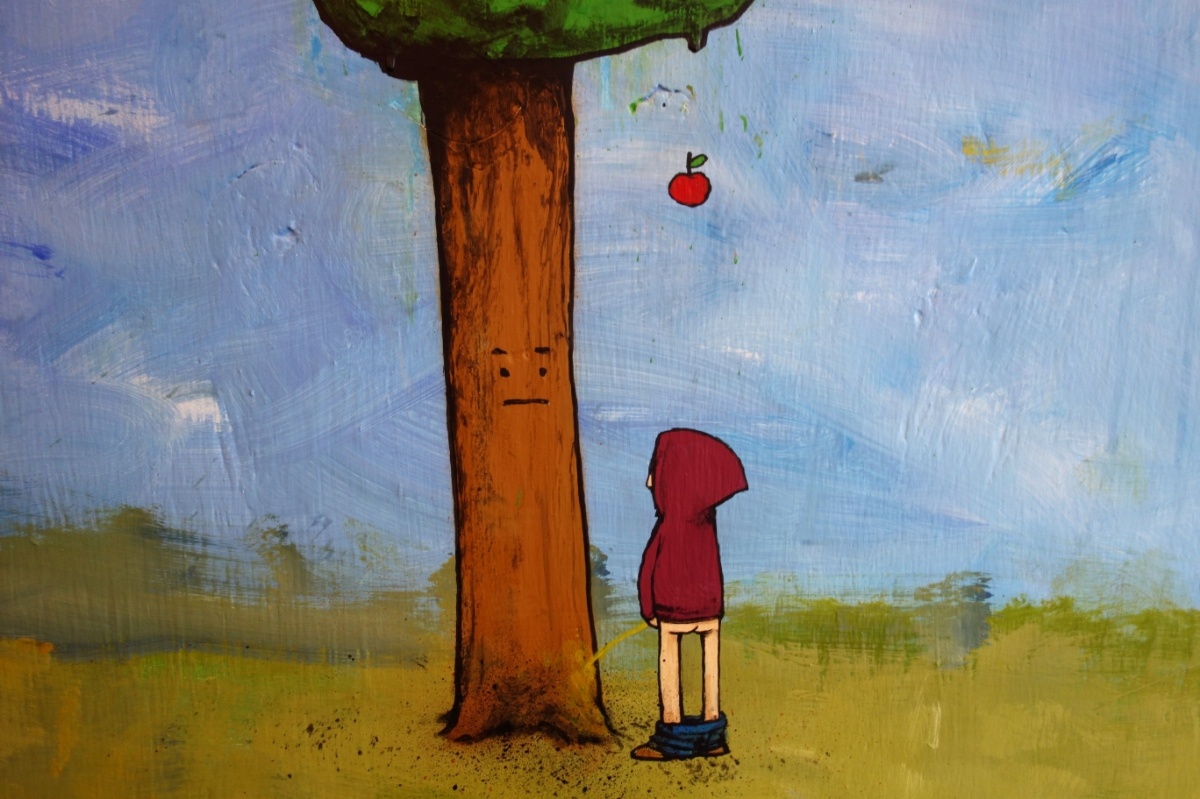 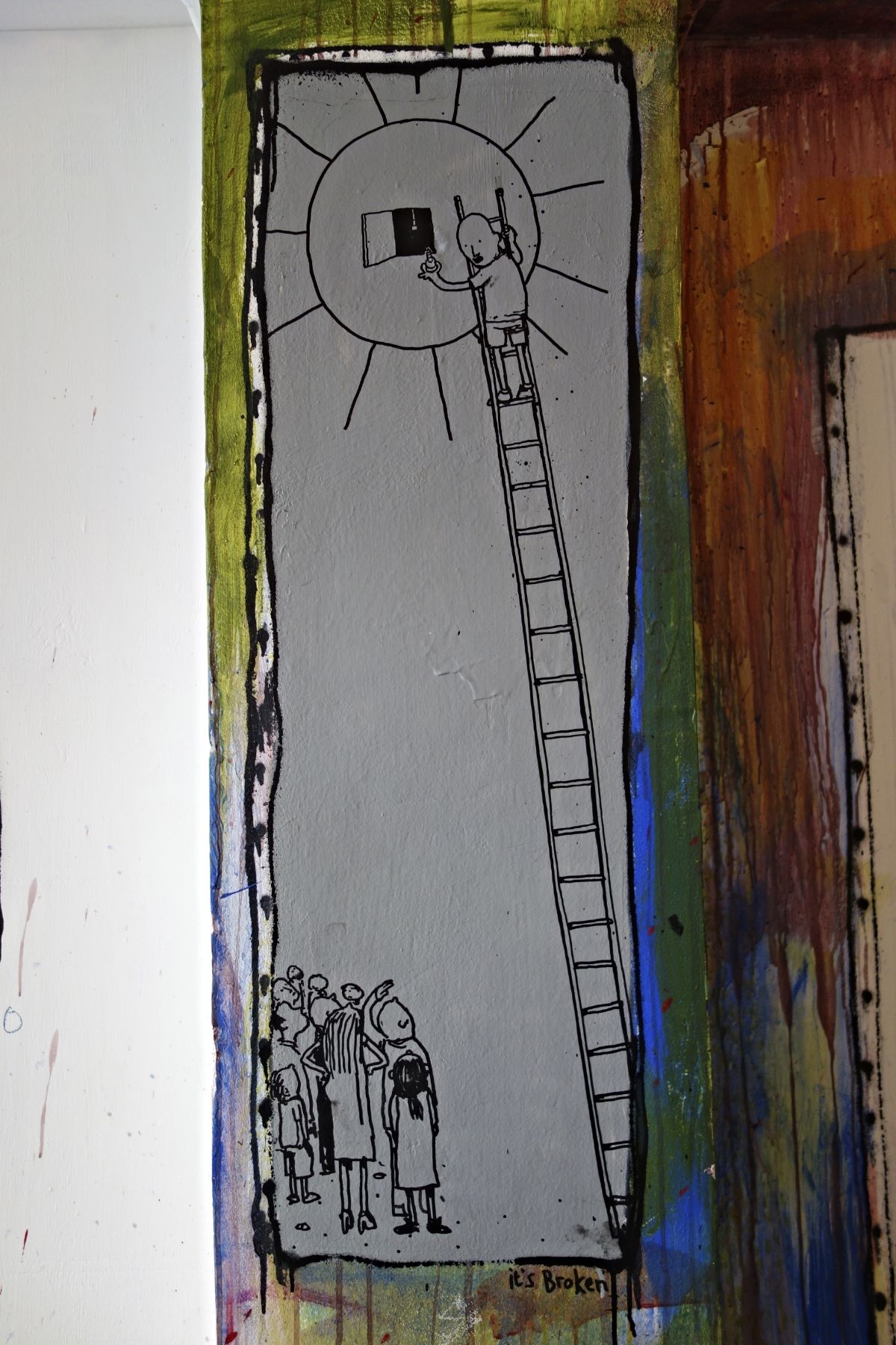 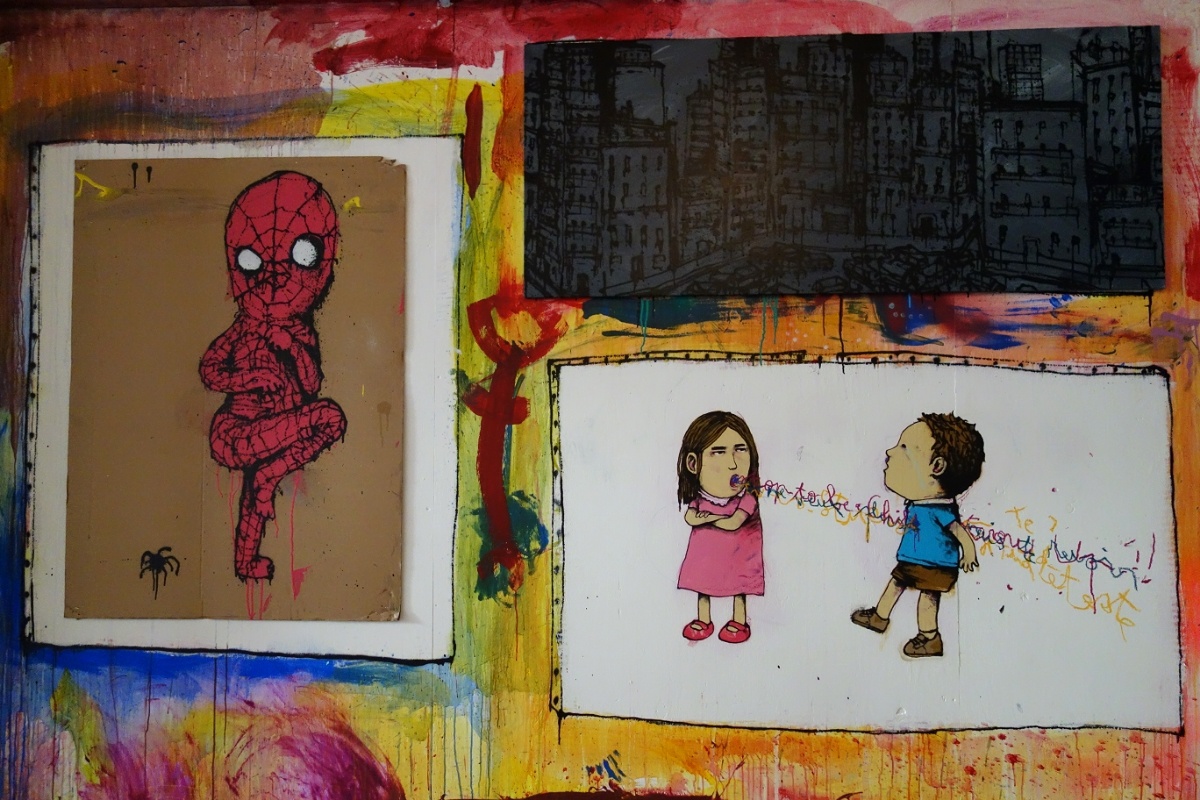 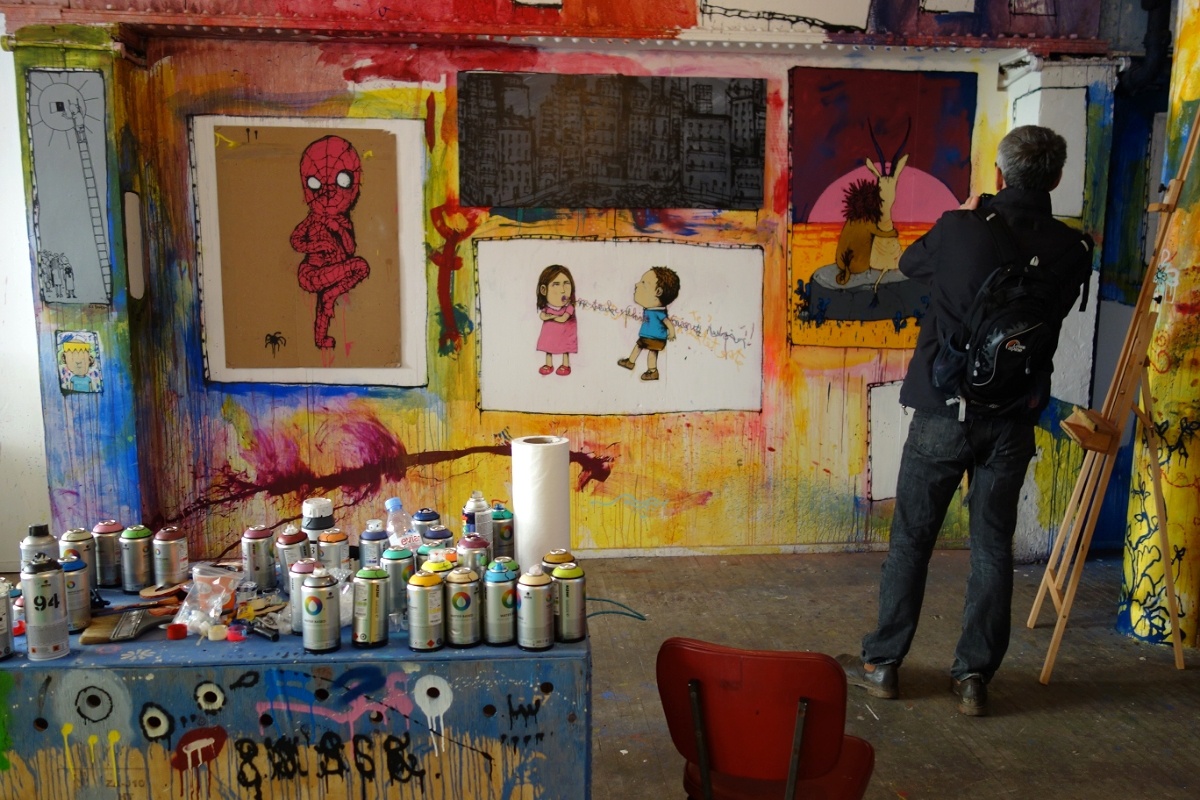 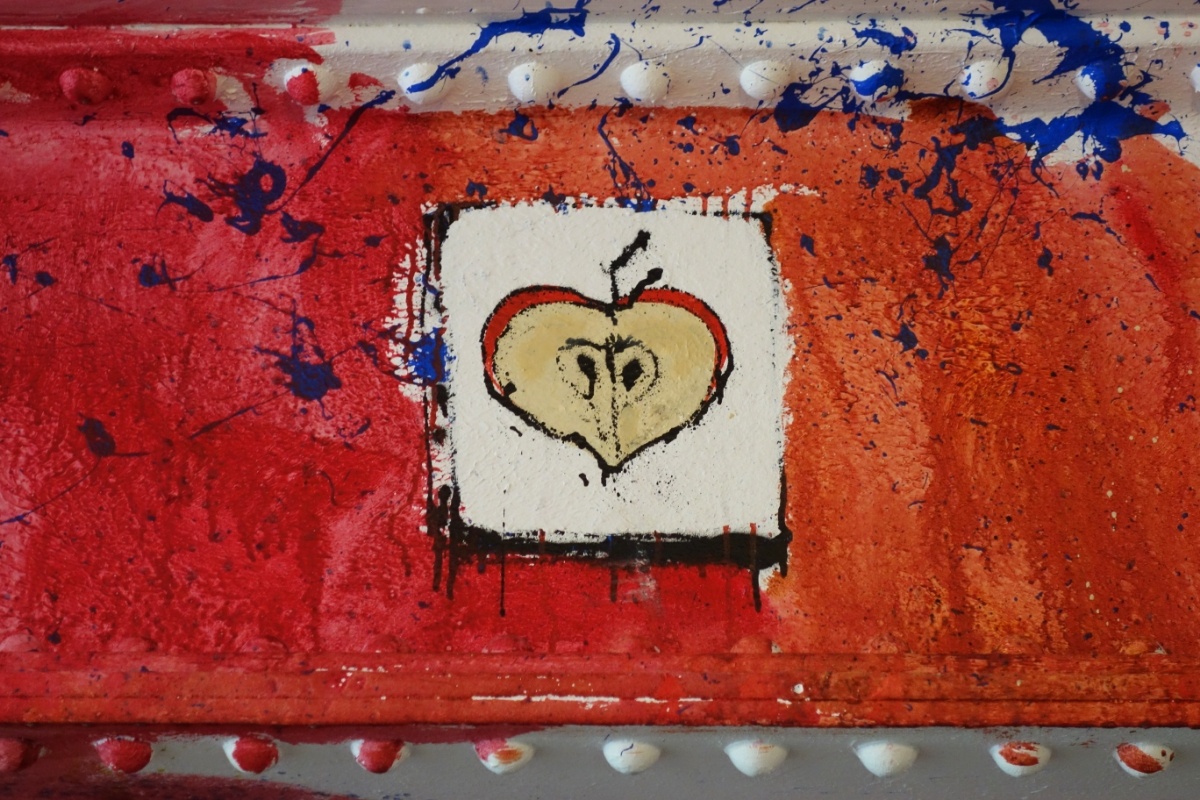 Presumably, a work painted on 14 February. 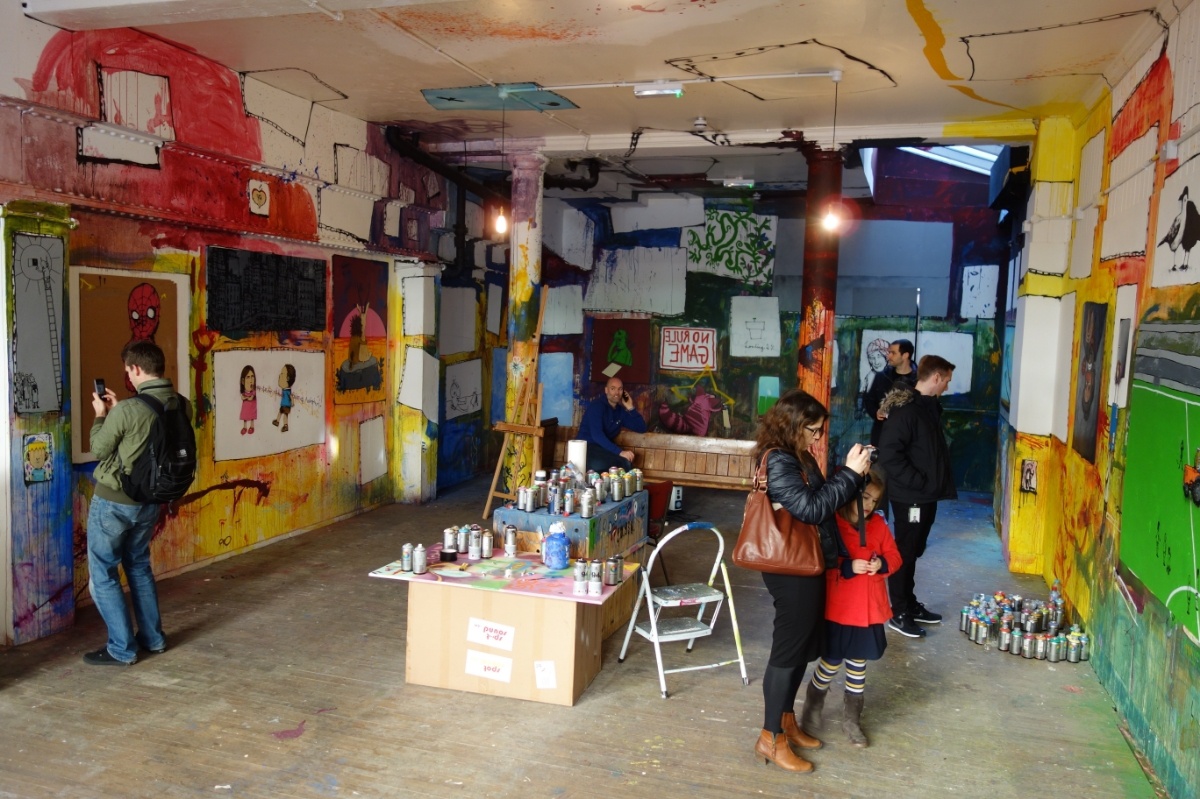 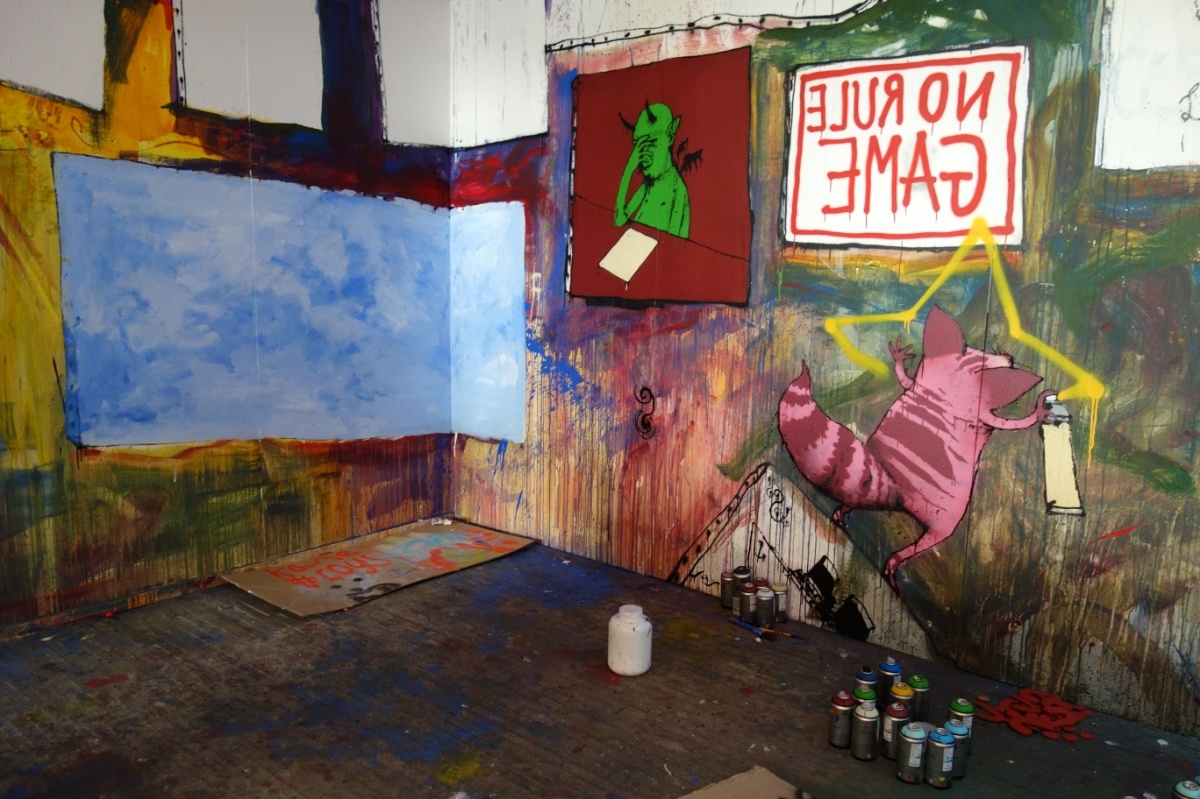 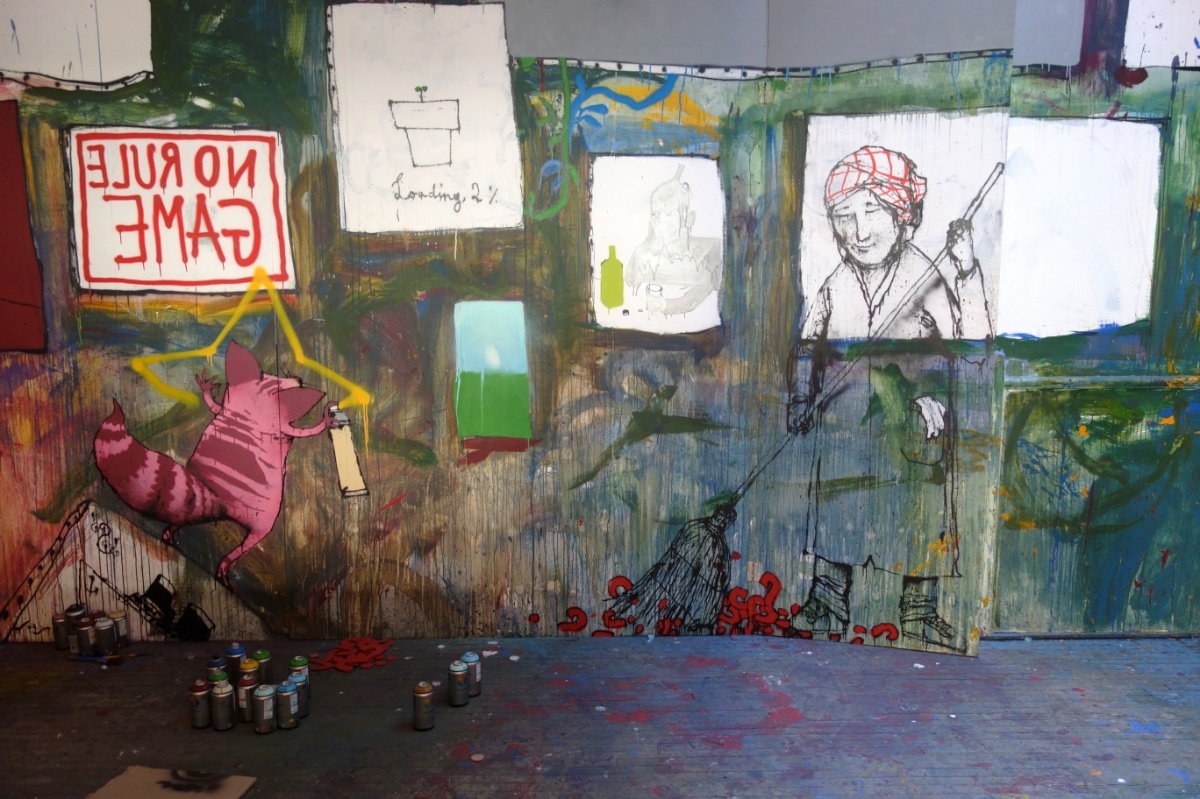 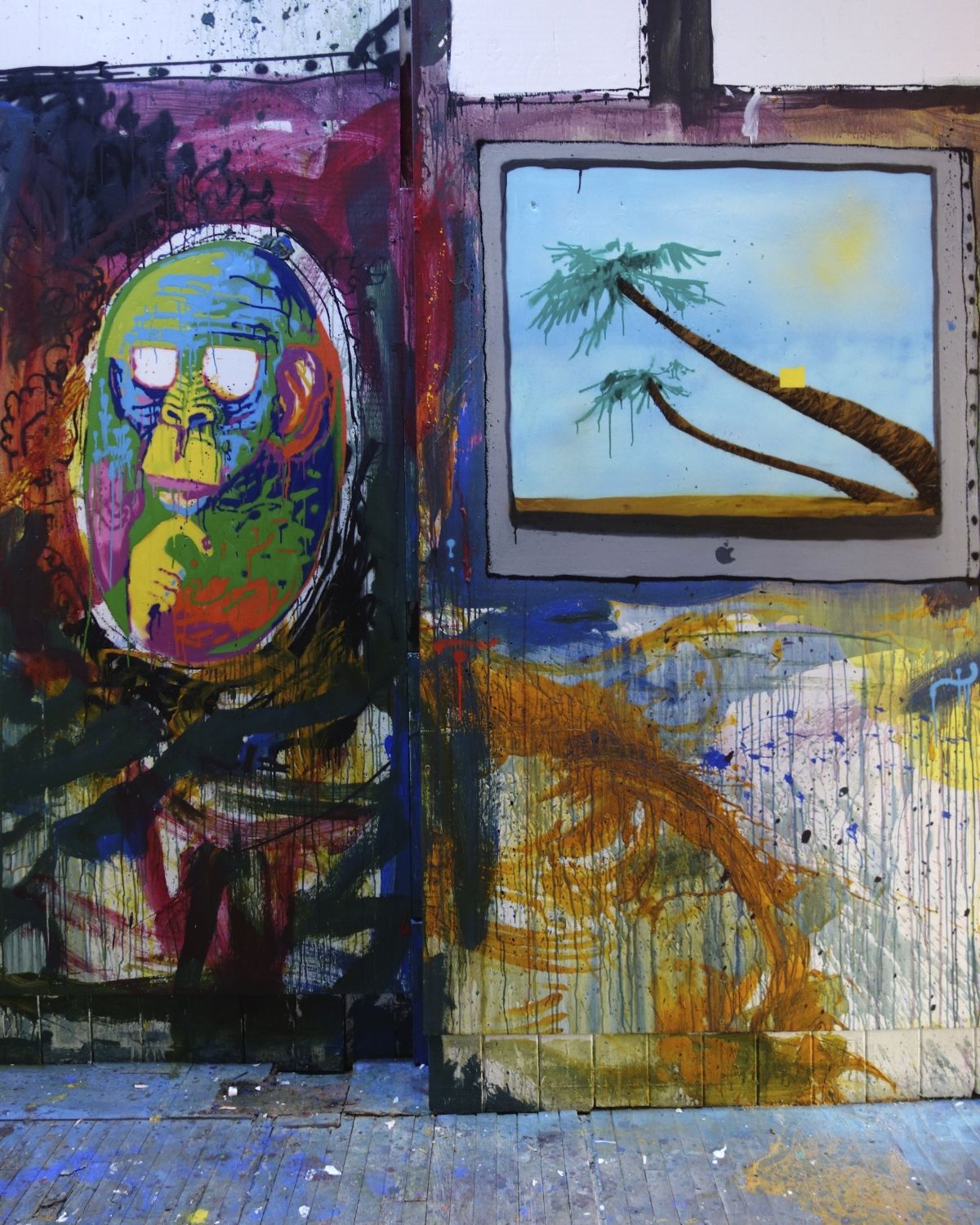 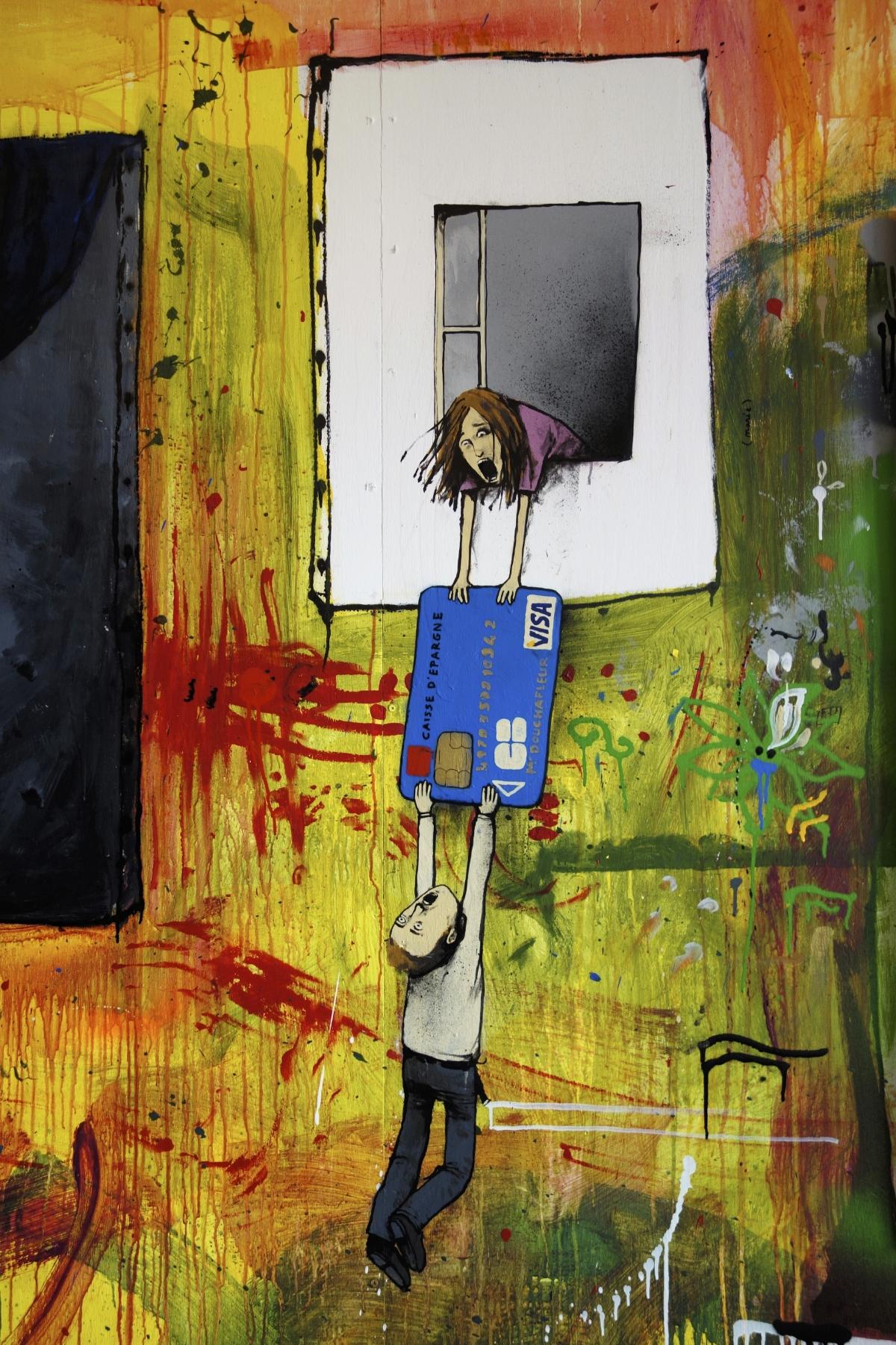 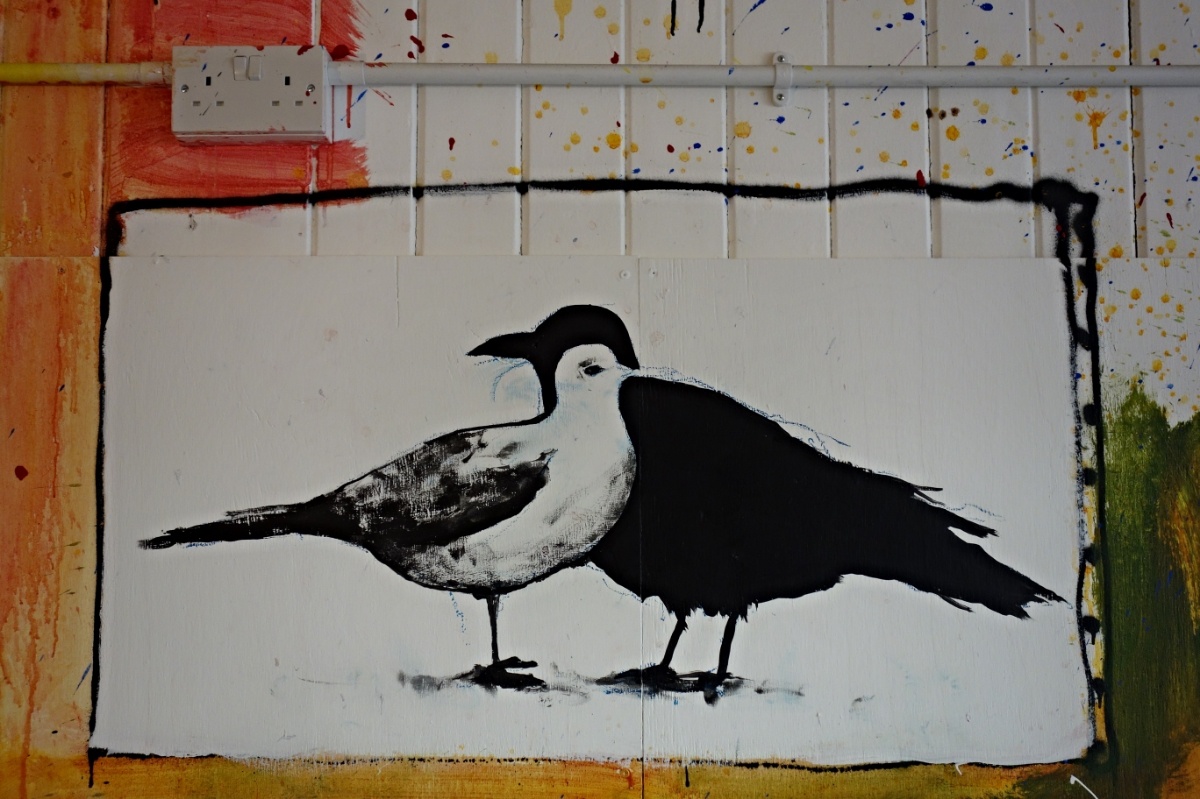 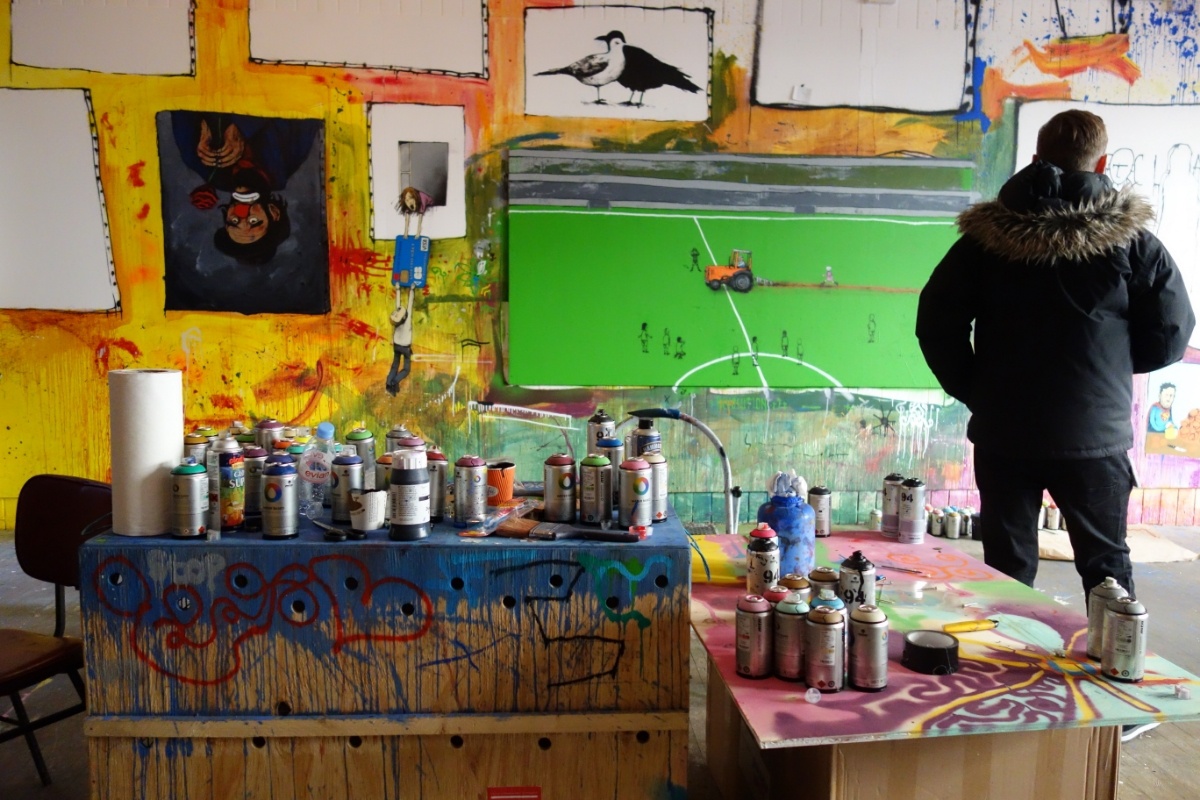 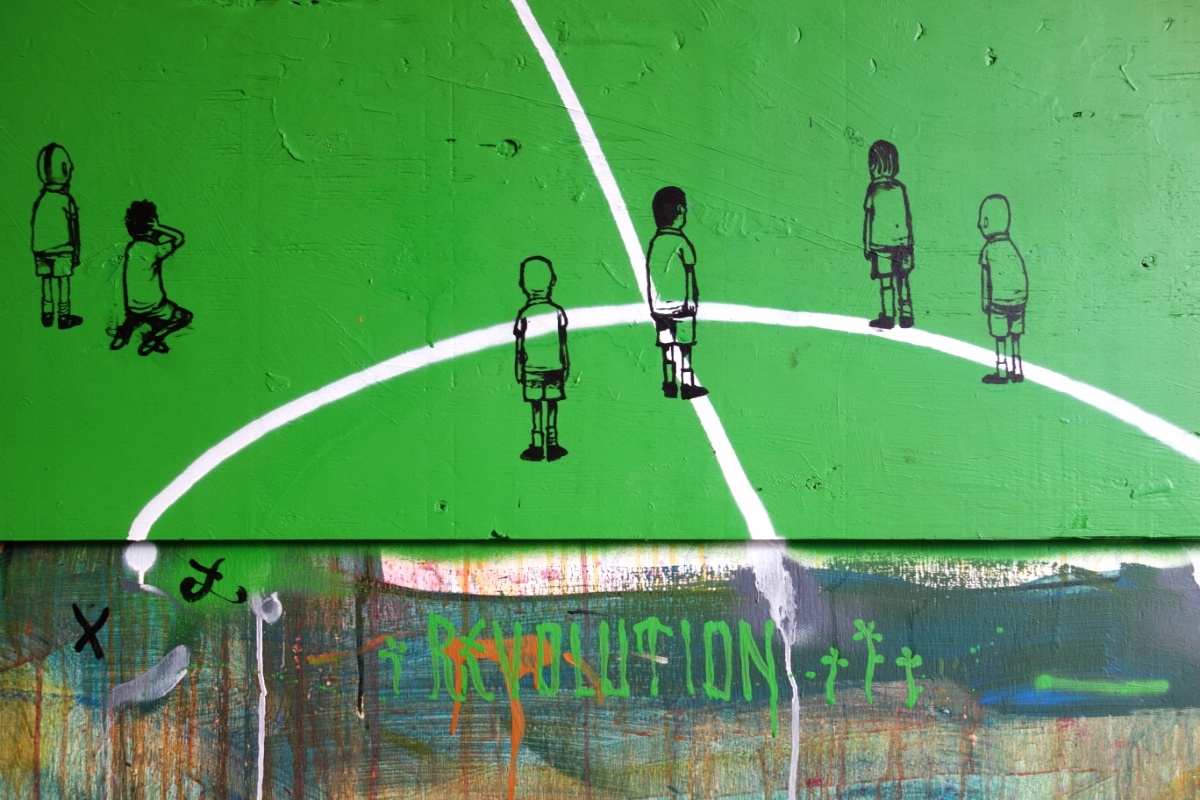 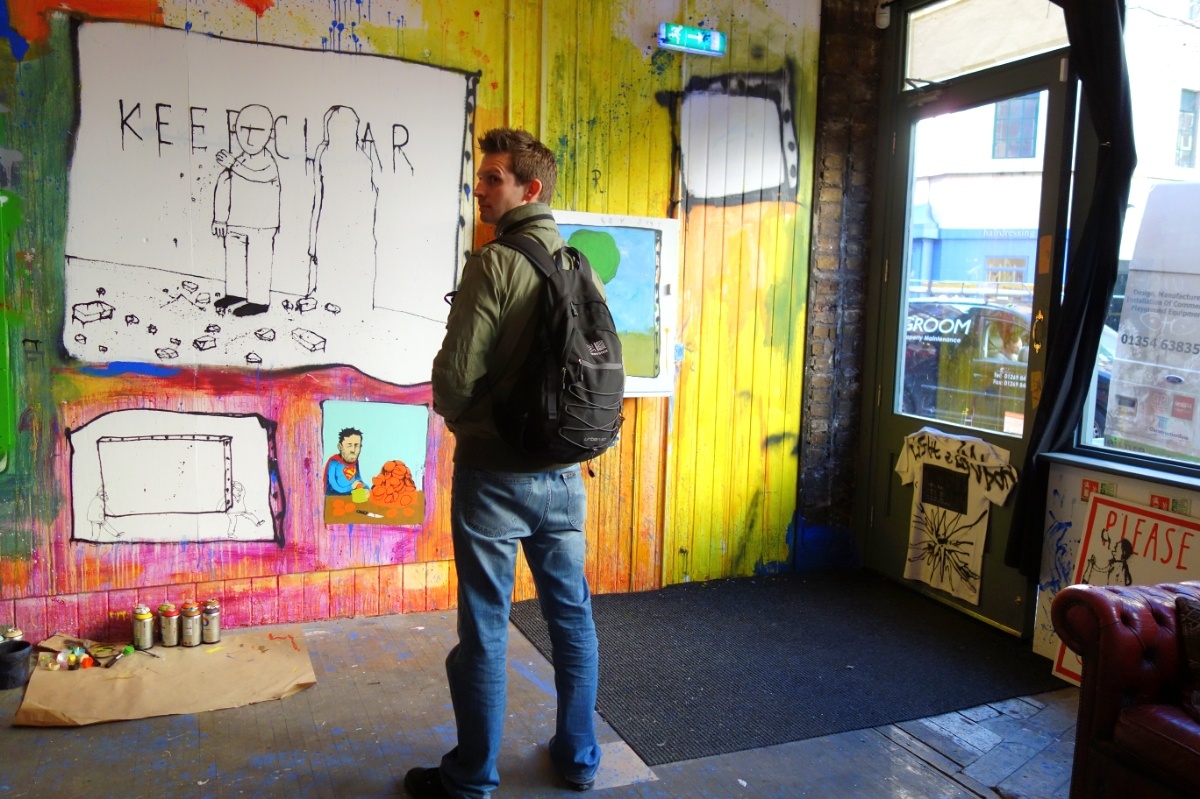 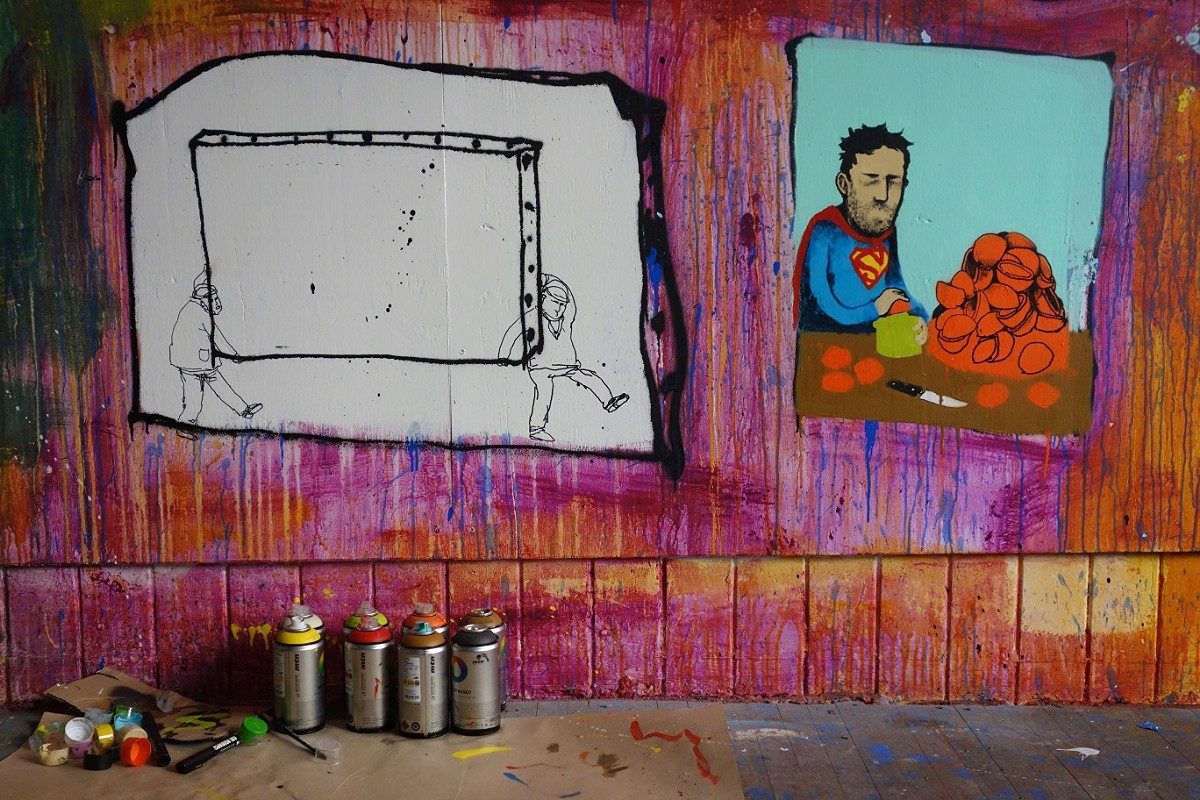 We’ll follow up shortly with a third post of commentary, and snapshots taken on Days 16 and 17 (respectively, 20 and 21 February) — being the final two days of Public Execution.