Sam Wolfe Connelly’s second solo show at Roq La Rue opened on March 5th. And Here I Lay features several oil paintings that can be described as haunting with a touch of remorse.  Feelings of quiet and loneliness invade film-like locations that could easily be used as crime scene evidence. The exhibition also has a few graphite drawings that add to the narrative.

Sharing the downstairs space is Liz Brizzi’s Anagrams. The multi-layered collage pieces start off with some acrylic background color before buildings and city-scapes are added.  While the photos are of real locations, Liz combines several photos to create completely fictional, but seemingly real locations. More acrylic is applied to add highlights and other touches before the pieces are finished.

Darla Teagarden makes good use of Seattle gallery upstairs area to showcase her photography, something Roq la Rue has recently started to feature more of recently. Altars features Darla in self portraiture, expressing the pain and debilitation that many of us experience through life.

And finally, a large mural titled Offering, was recently installed by local street artist No Touching Ground. All three exhibitions are on display through the end of the month and the mural will be up a bit longer. 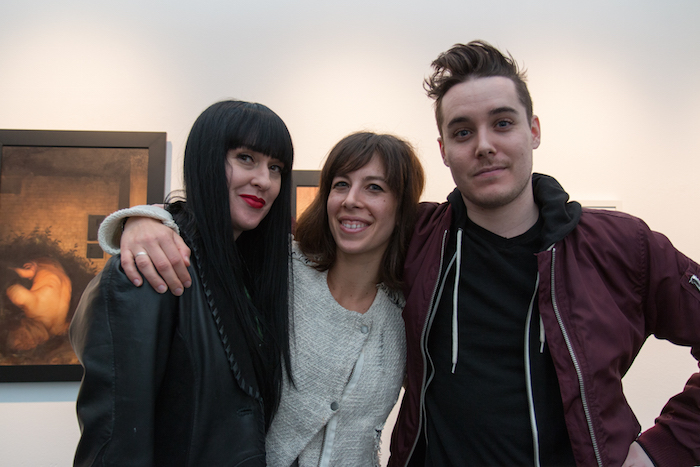 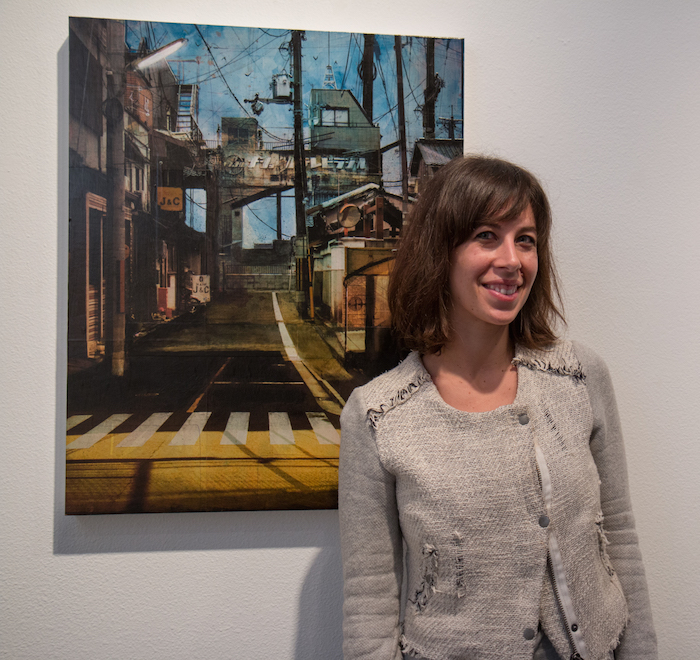 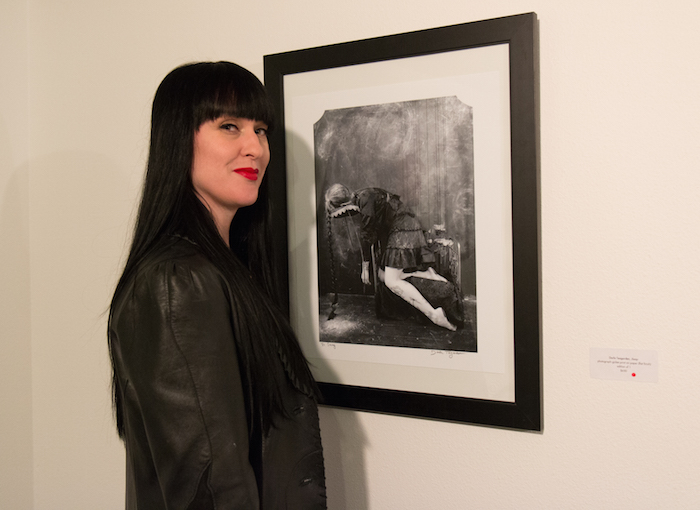 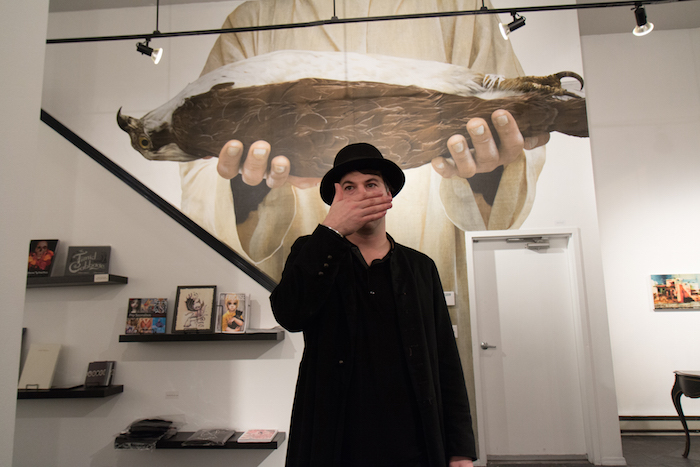 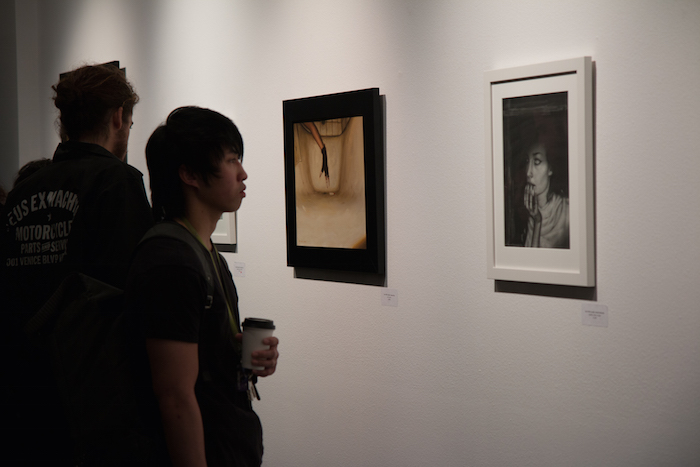 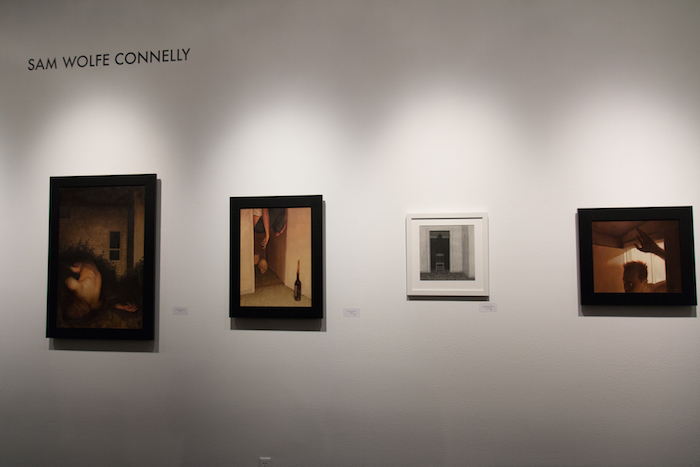 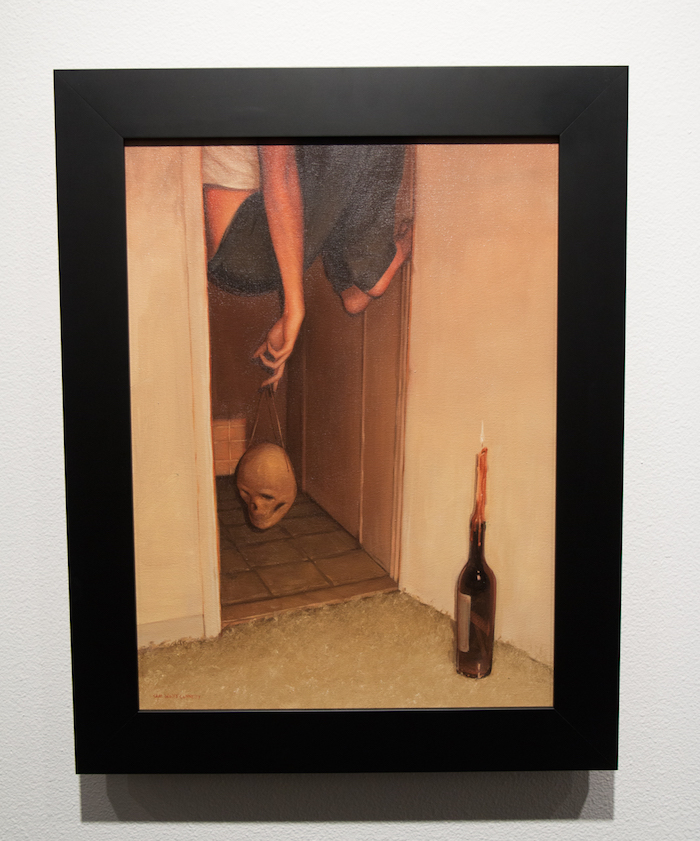 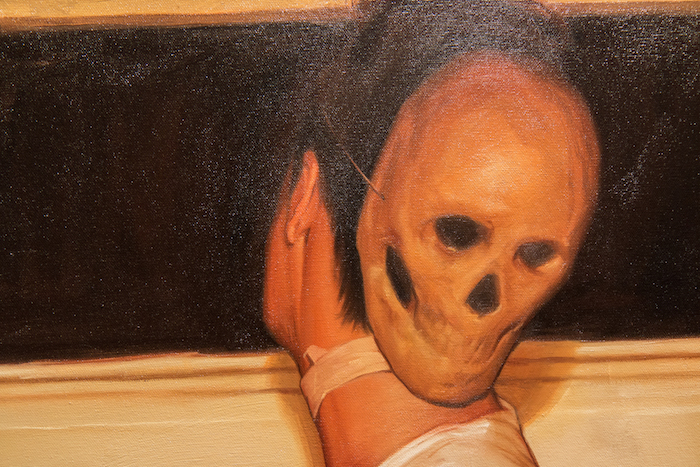