Phlegm recently spent several days on a cherry picker in East London, painting a large wall near Old Street with generous help from Red Market and AltLondon. The finished piece is features one of his gigantic characters, cramped inside a typical English house, and includes a cool little nod to Banksy since it’s created on the same wall where the TV Out of the Window piece was painted.

While this mural can be seen as a critique on the crowds and over population of the British capital, the artist stated – “It’s just an idea that came from working with the dimensions of a wall. You often feel like you’re fitting a character into the shape of the building when you work with architecture. I guess i ended up using that idea in a more literal way.” Created using only black and white paint, this wall is another great example of his distinctive line work that creates textures, shading, and details.

Speaking of his technique, he’s been spending a lot of time in his studio recently, working on a limited edition postcard size book. The plan is to put together around thirty high quality reproductions of hand colored copper plate etchings, all drawn in miniature under a magnifying glass. Phlegm is planning on hand printing the covers too and releasing a big run so everyone has a chance of getting one. 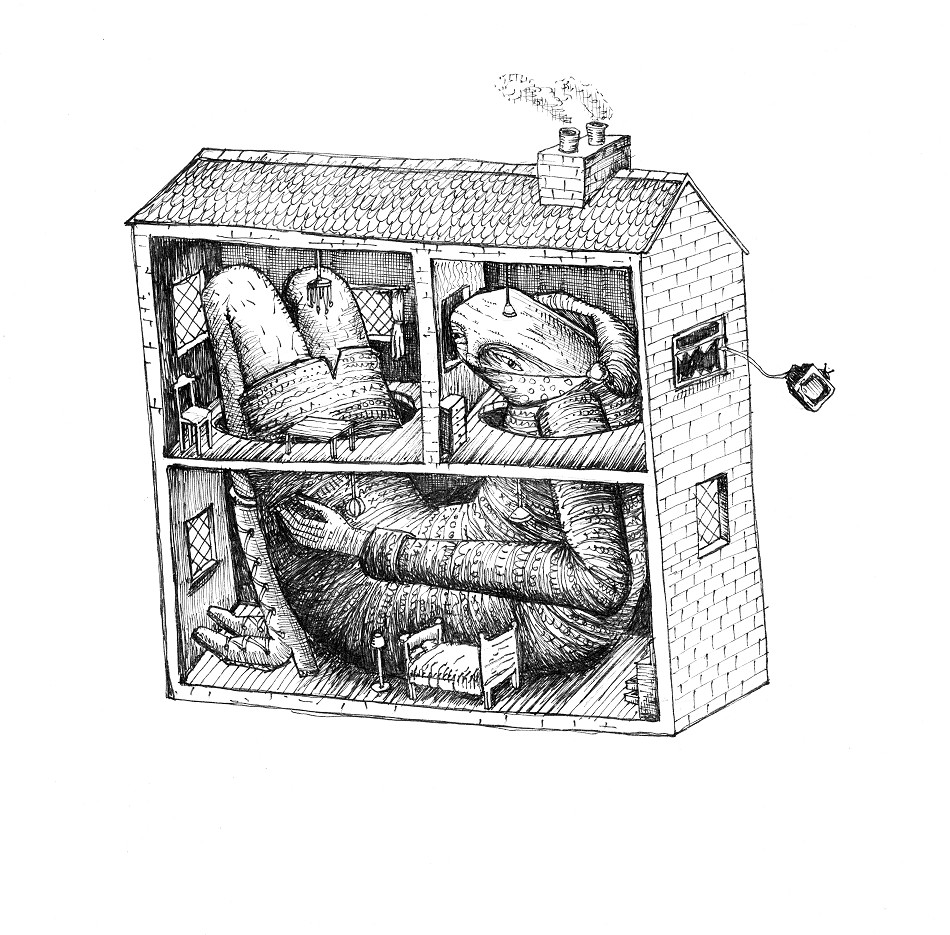 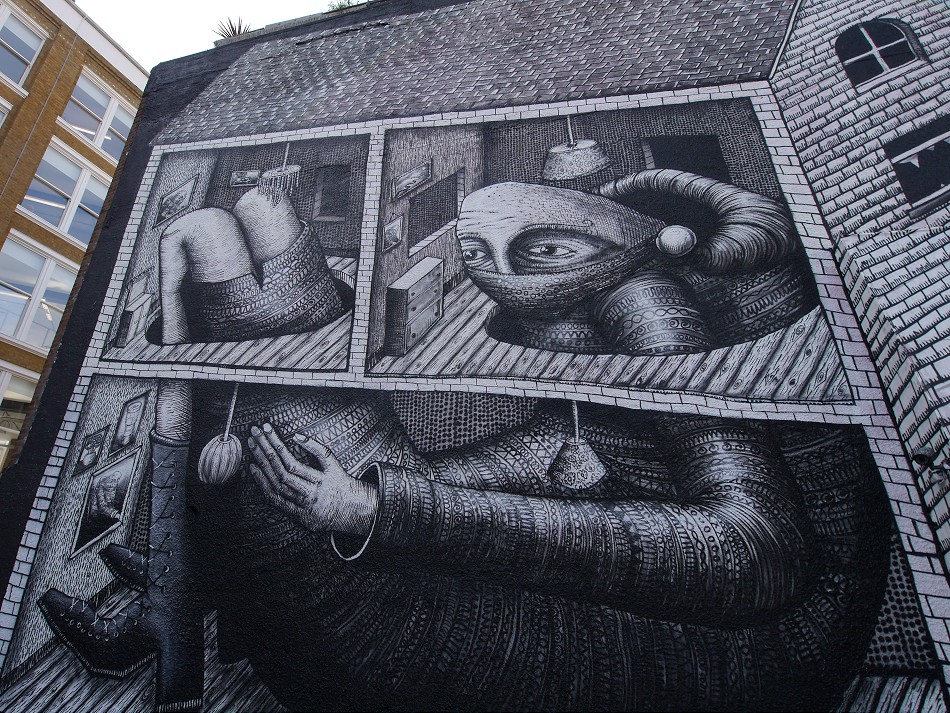 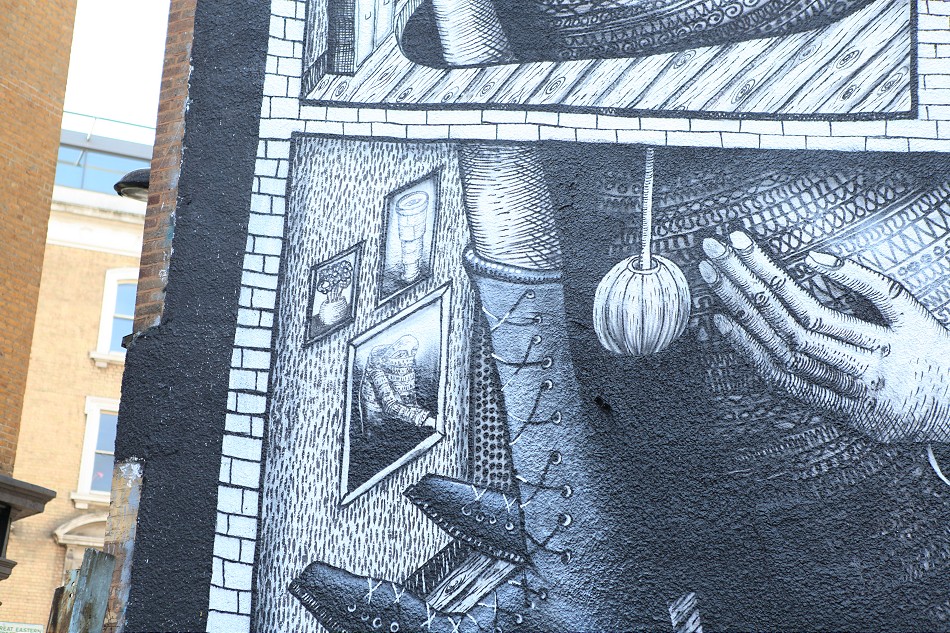 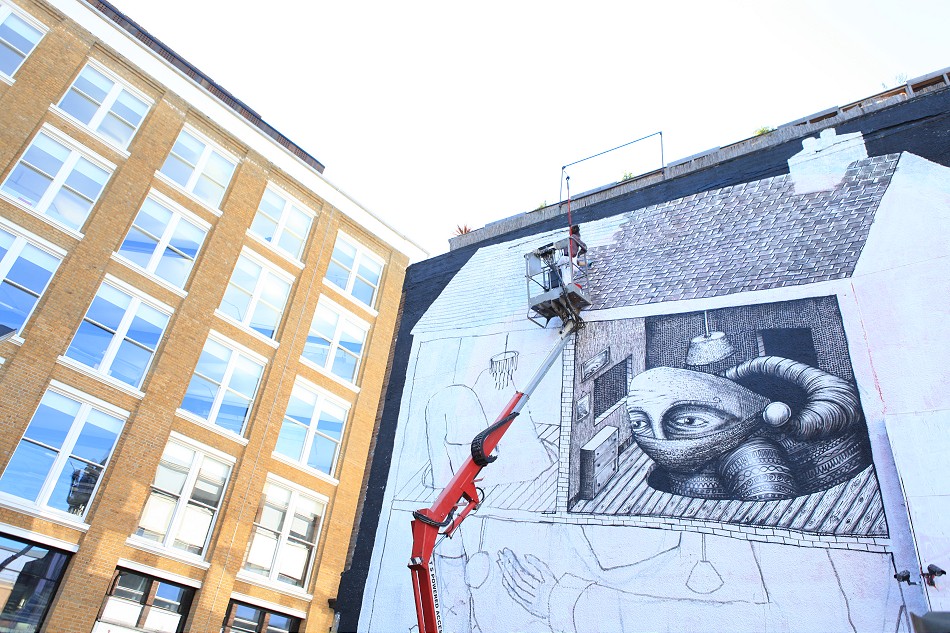 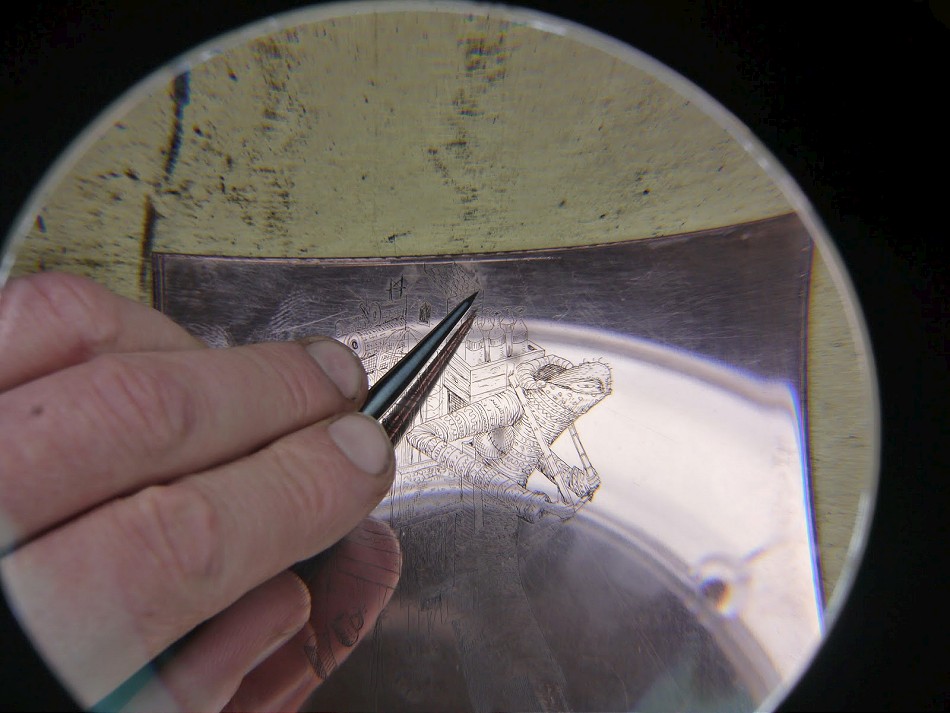 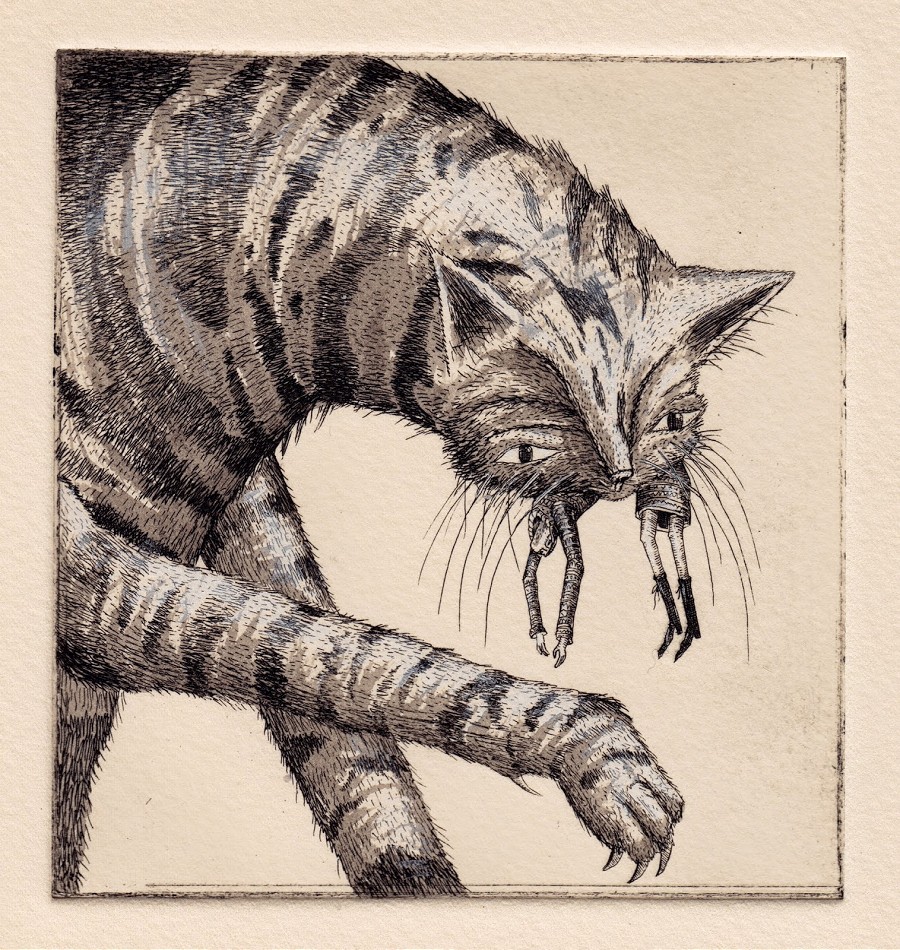 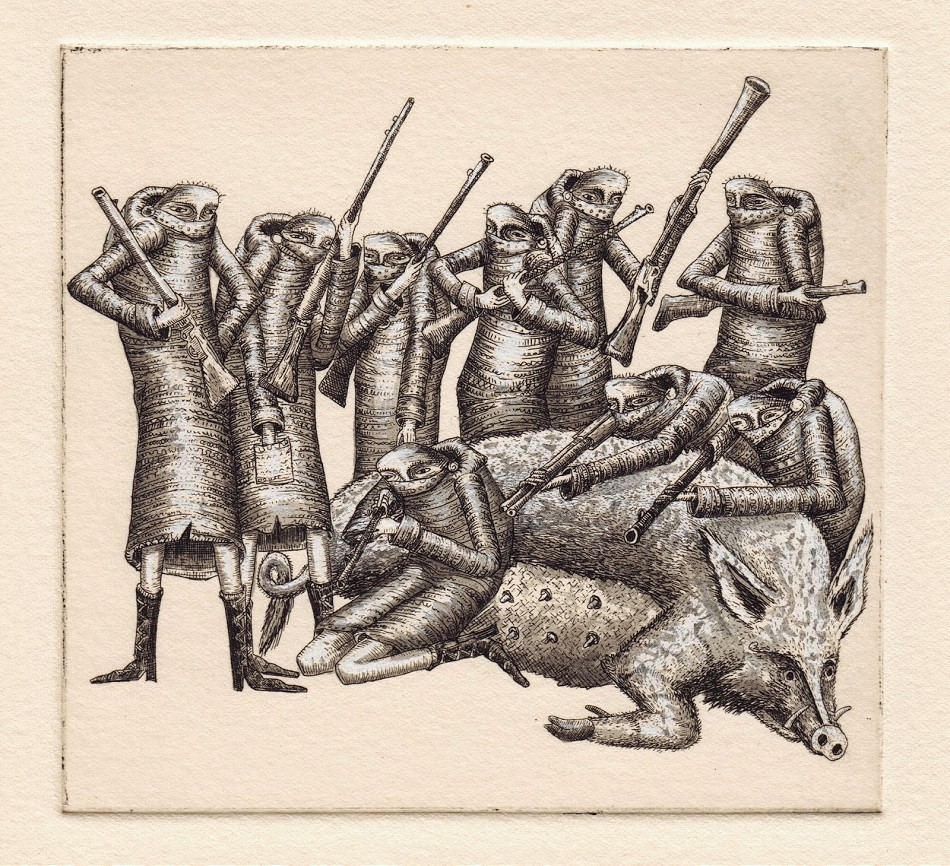