For this exhibition, the artist created a whole new series of complex assemblage works in the style he has developed over the last couple of years. After 25 years of building up a reputation as a prolific and influential graffiti writer but also as a successful artist, Revok recently moved back to LA from Detroit and this show marks a new direction he took in his work. While keeping the practice and process of creating the work he developed while staying in Detroit, the new pieces have an intricate and highly complex aesthetic. Mixing different influences from op-art, traditional folk patterns to optical illusion elements, the pieces exhibited are quite diverse in their final form, while still keeping the recognizable elements his gallery work is known for. 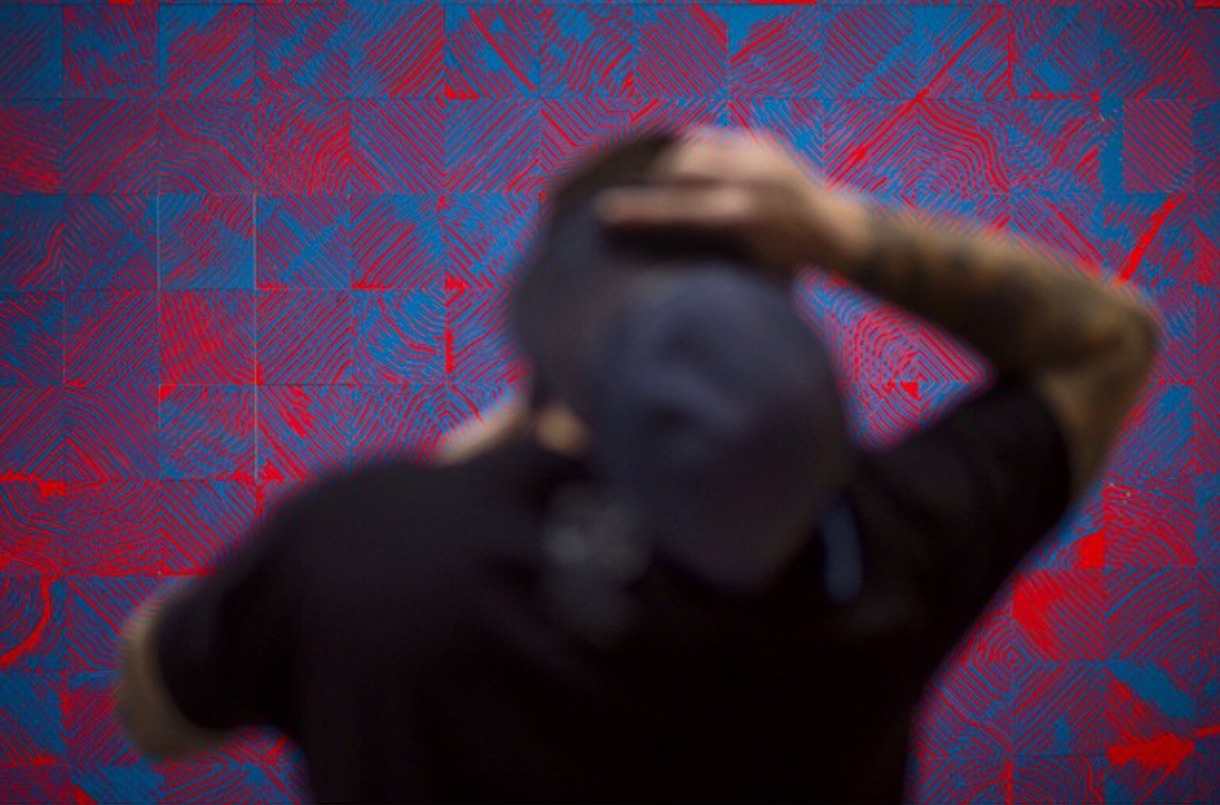 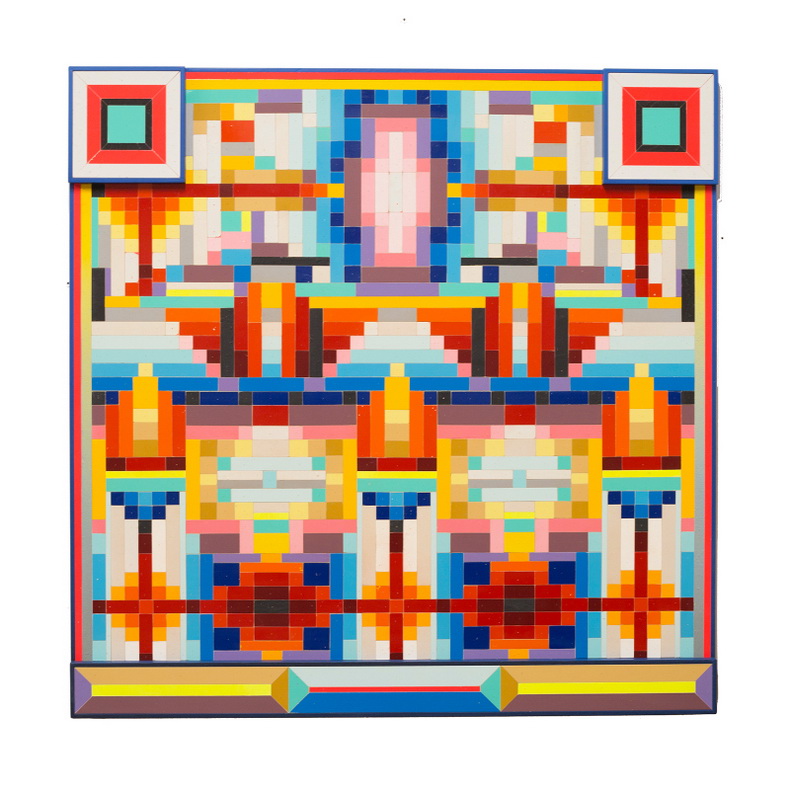 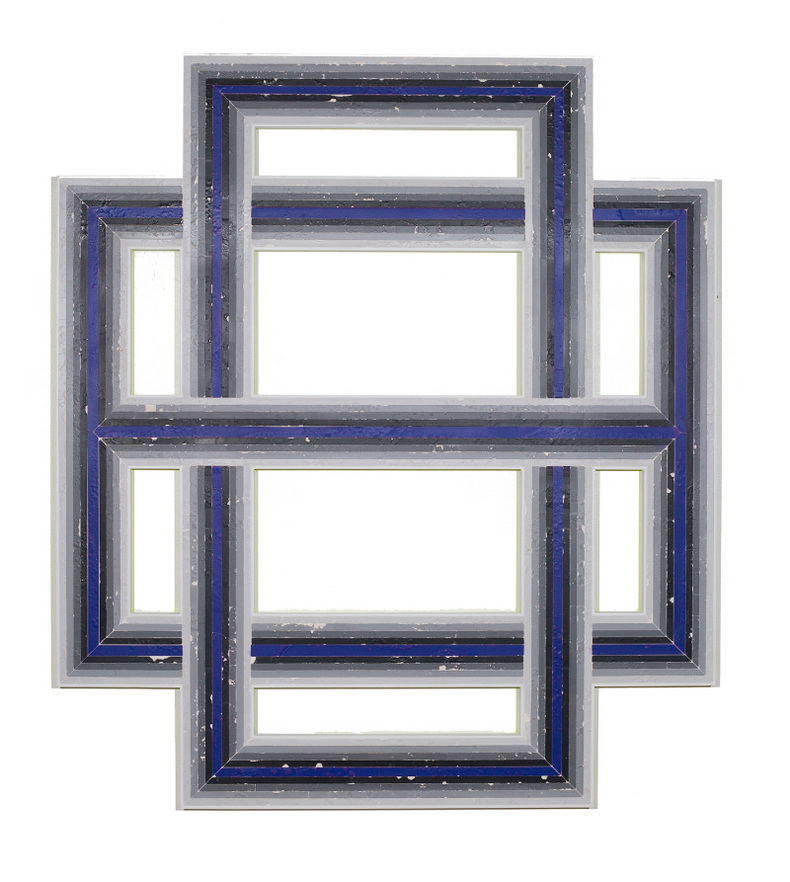 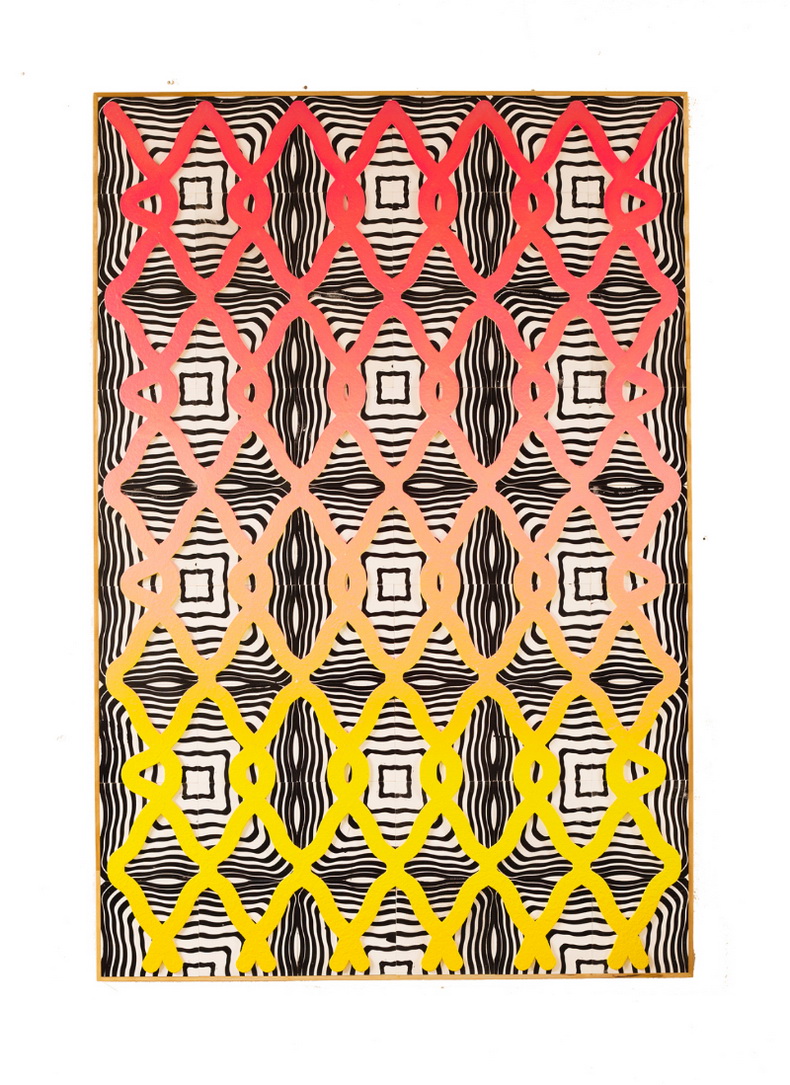 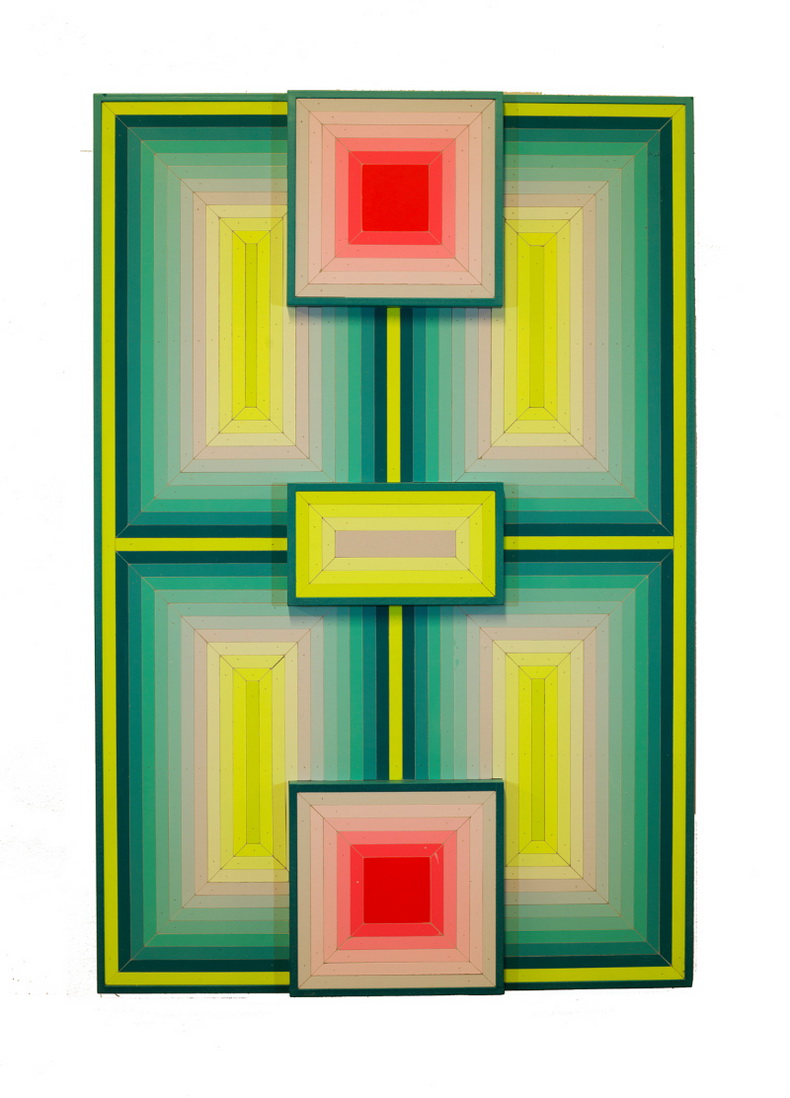 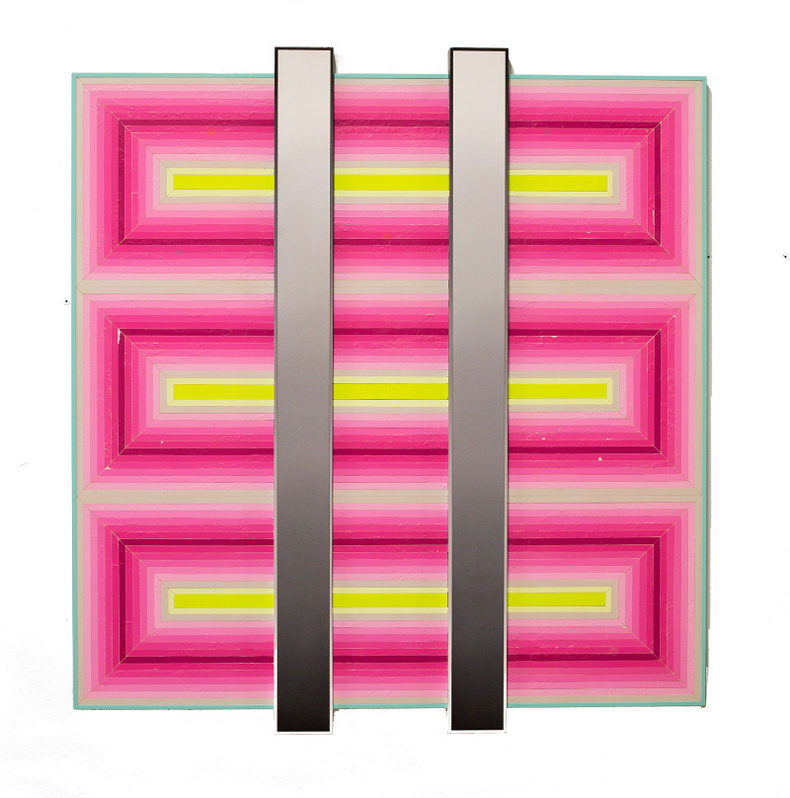