Right after finishing his mural in Ciudad Juarez (covered), El Mac crossed over to El Paso and painted another striking portrait piece. Like the Juarense y Poderosa, Ánimo Sin Fronteras is also a homage to people from the US/Mex border region that suffered or lost someone to violence, corruption and injustice in the last near-decade.

Ánimo Sin Fronteras (Spirit Without Borders), is created in his signature technique using only aerosol and fatcaps. This unique painting method require a high level of skills and can control, and gives little room to mistakes, but the final result is remarkable. Due to transparency of the paint applied to the surface, the image blends with the surrounding and in case of portraits gives them a surreal, ghost-like feel. The piece is based on photos of a man named Melchor Flores, who’s been fighting to get answers and justice for his son who disappeared after being picked up by police in Nuevo León in 2009. 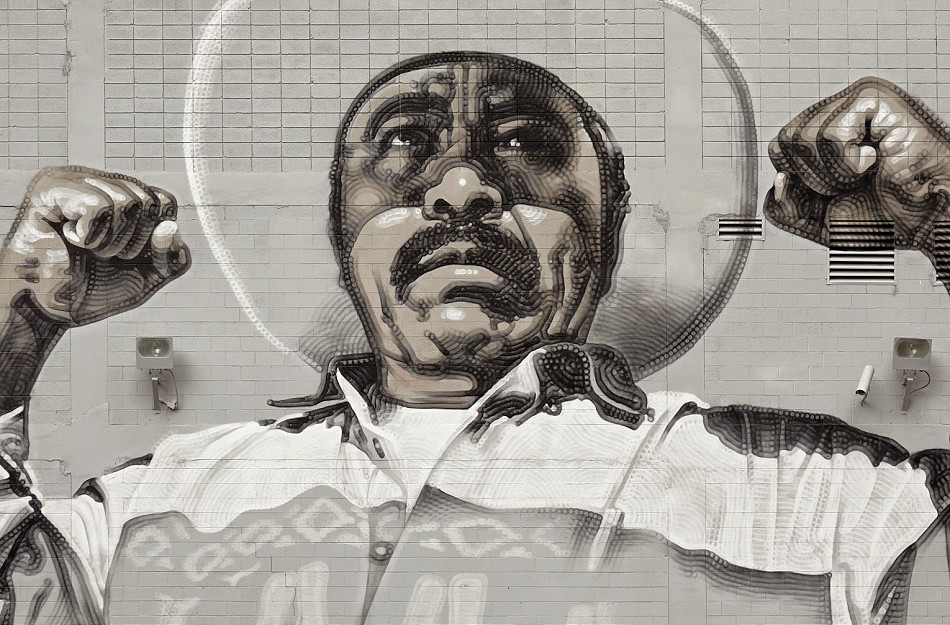 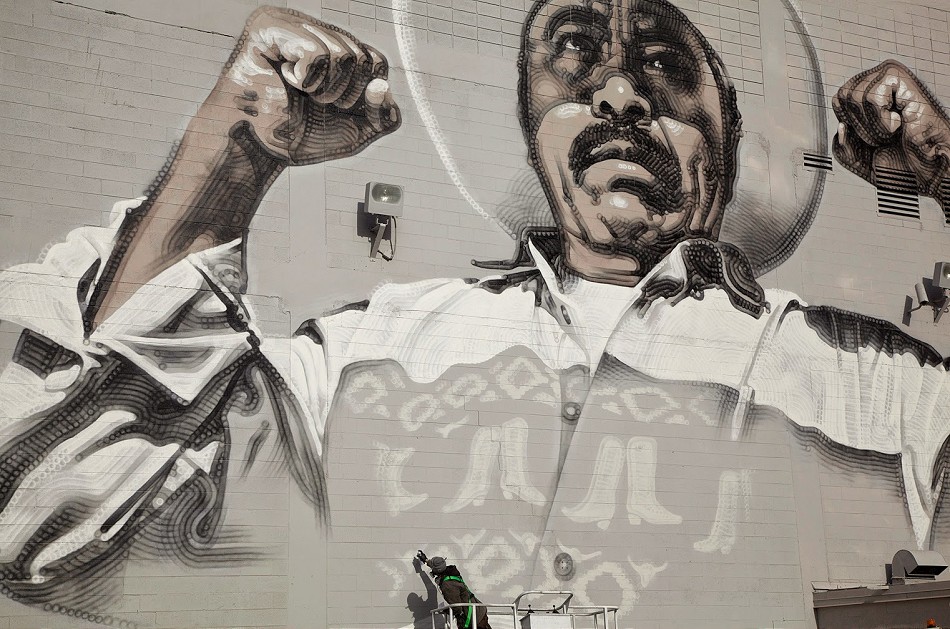 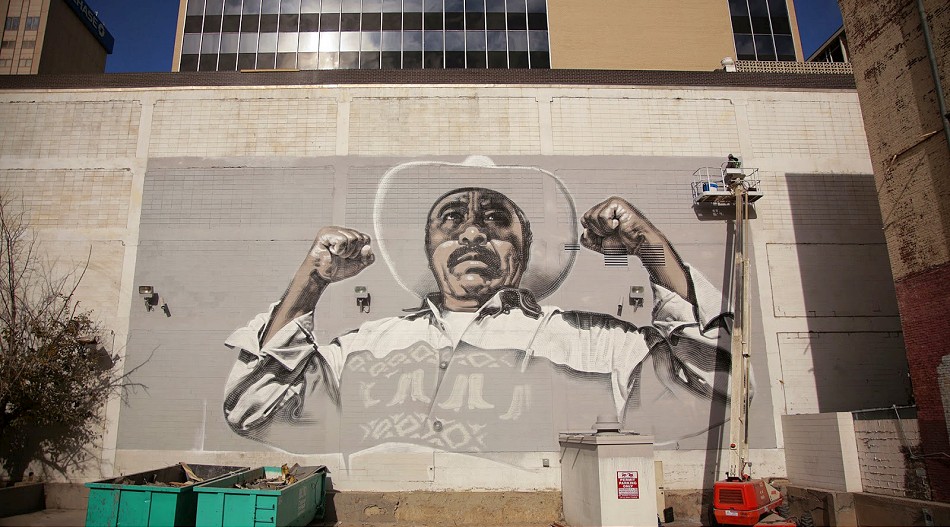 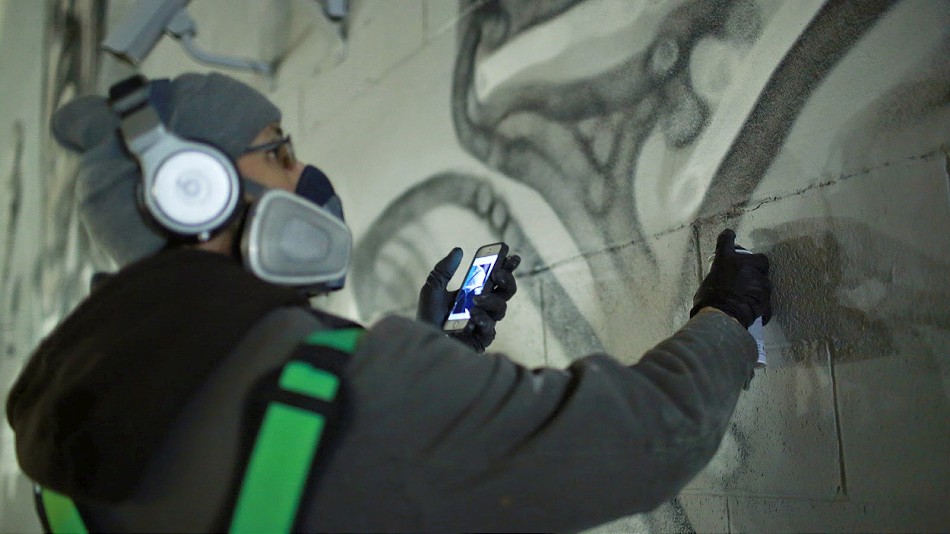