Pejac (introduced) recently visited Paris and left a several new pieces scattered around the city. We just got these images of the last three pieces he did there, and even though quite different in their concept and style, they are examples of his wittiness and talent. Using just a basic color palette (mostly black and white) with minimal intervention onthe  surface he is painting on, the Spanish artist achieves strong pieces both aesthetically and conceptually.

The first piece is called Exit to Surrealism, and it’s a nice interaction with elements of a rough concerte wall. Using black acrylic paint and sandpaper for bright accents, Pejac painted a door that is opening behind an existing crack on the wall, but also in a way that blends into the surface. By using this distinctive technique, he achieved an almost photorealistic quality to this surreal mirage-like piece.

The second image is called Ants, and it shows two children burning tiny men with a magnifying glass. This piece puts a different light on a popular cruel “game” that many kids have tried. By showing kids as big dark silhouettes, and ants as little people just minding their business strolling across the wall, it questions human nature in its purest form.

The final piece is titled Vandal-ism, and painted at Rue Eduard Manet. It’s artist’s nod to a French painter, one of the pioneers of modern art. This dynamic image shows a silhouette of a young man throwing something against the wall, that splatters into Manet’s painting Luncheon on the Grass. The artist picked this particular piece because it was created on this street which was later named after the famous artist. With this effective piece, Pejac questions the popular use of the term “vandal”, but also pays his tribute to a classic art piece, as well as shows his great talent and versatility. 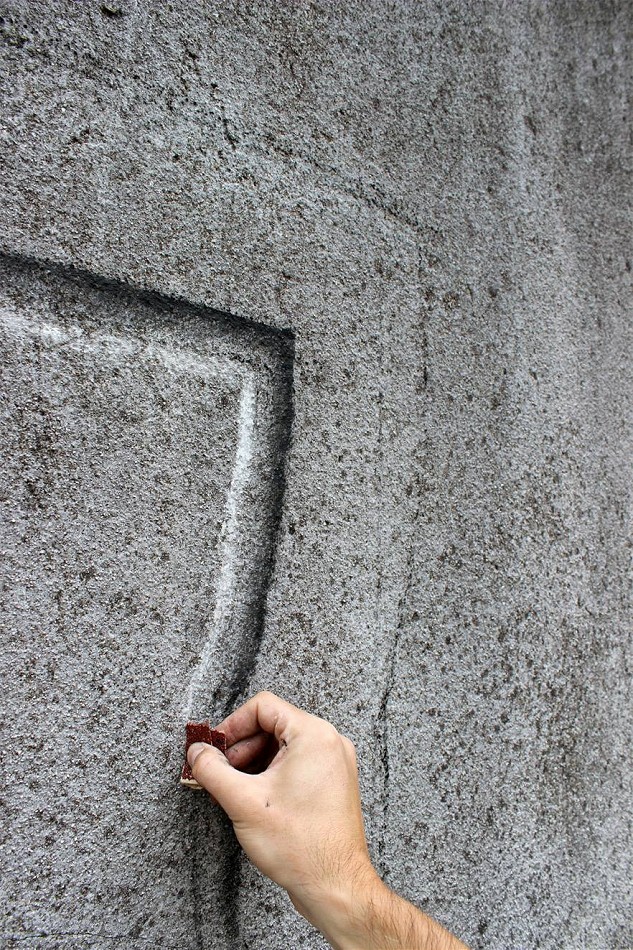 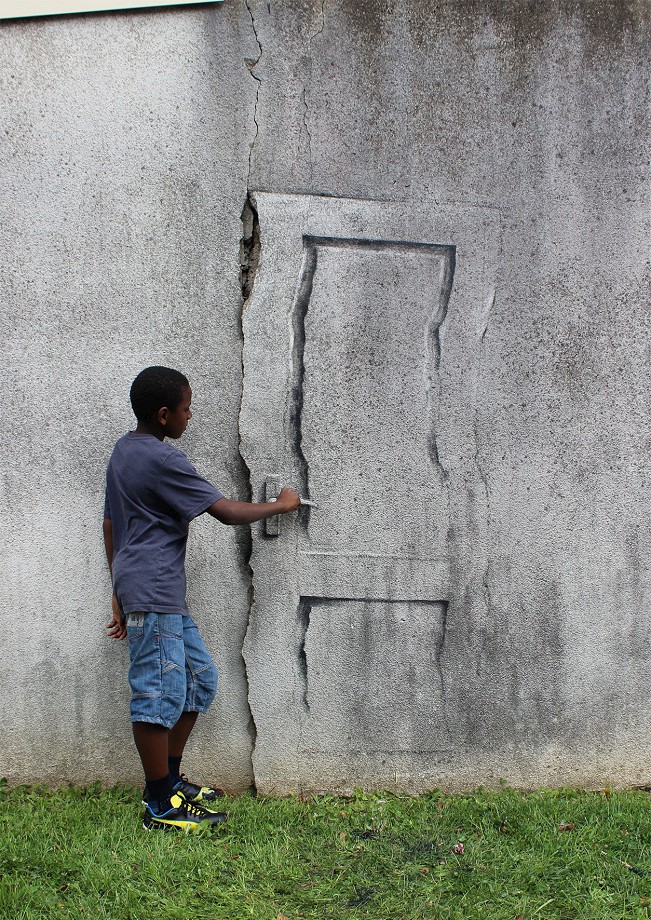 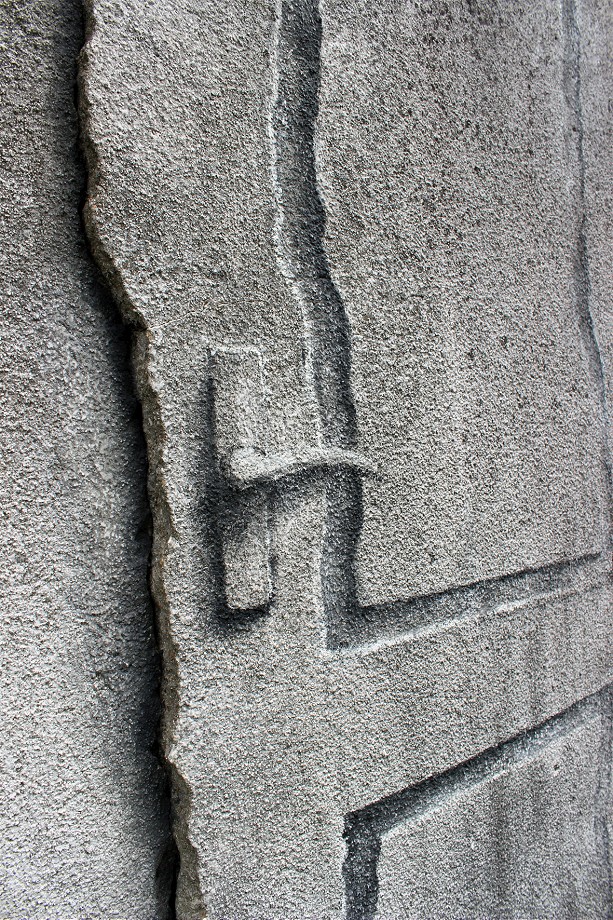 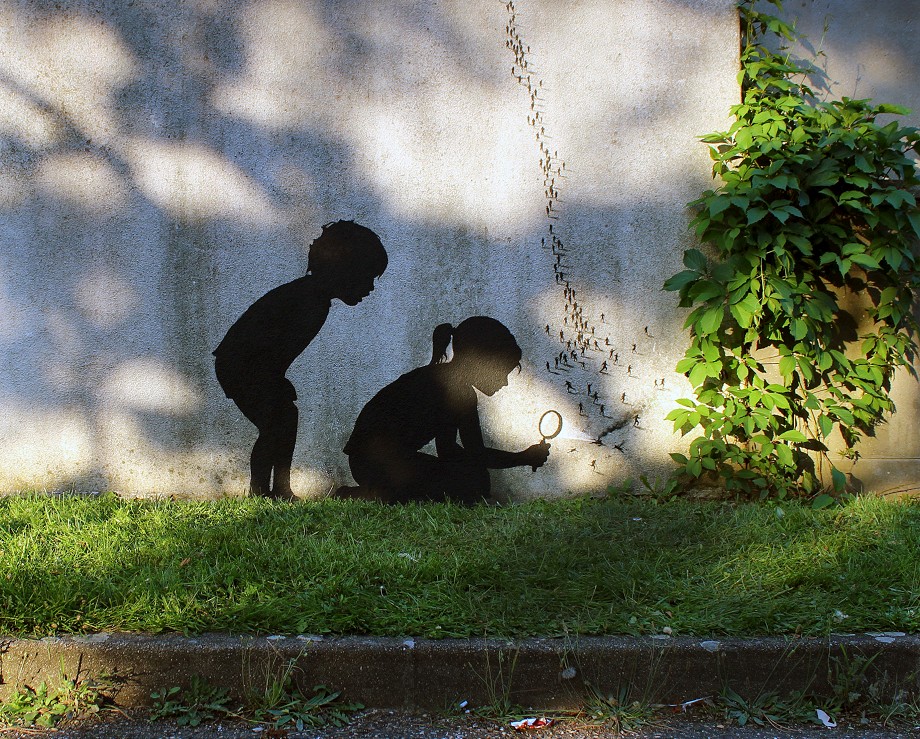 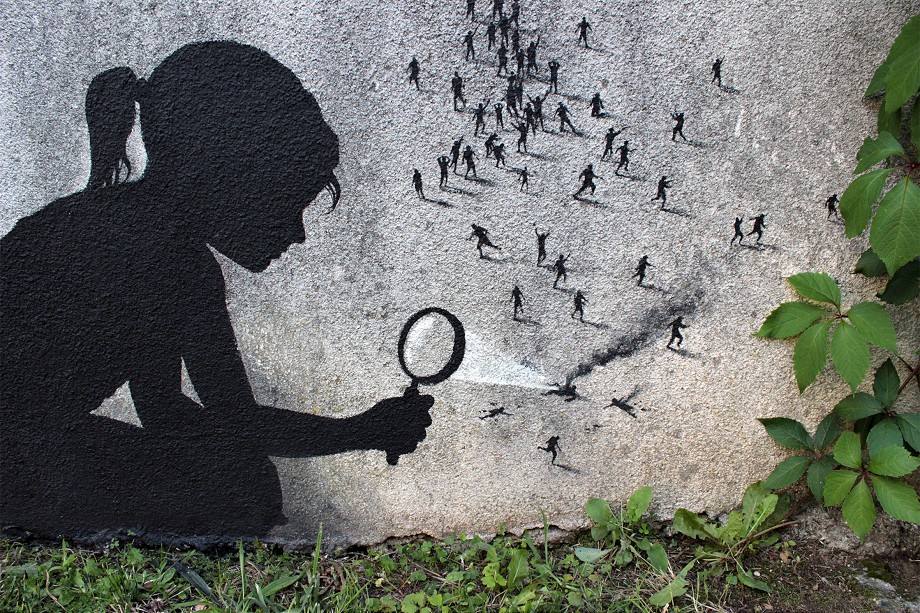 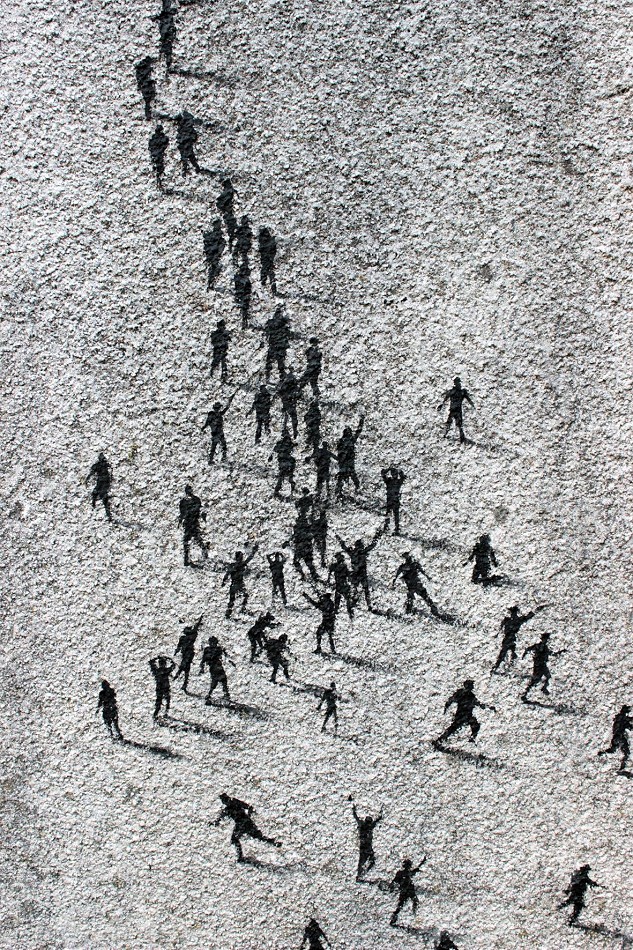 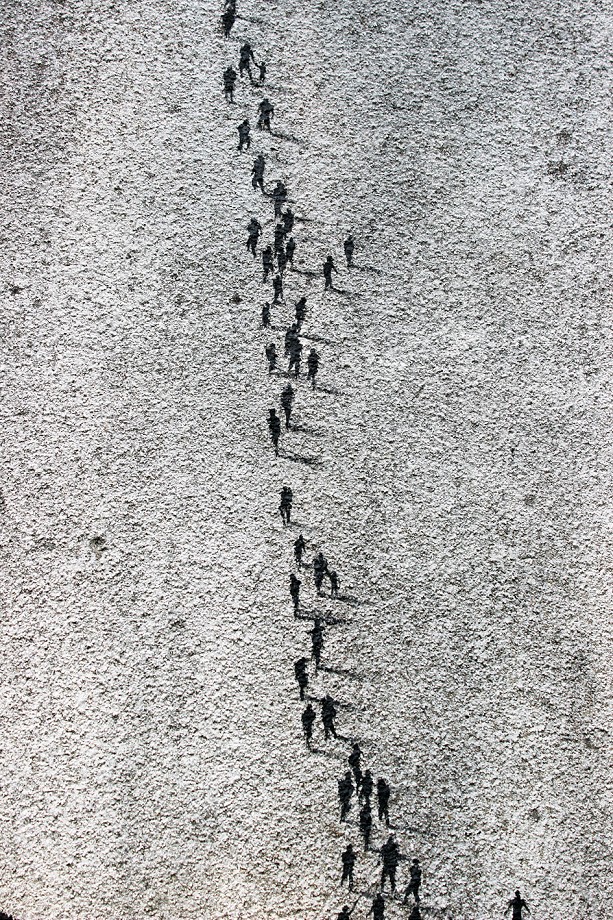 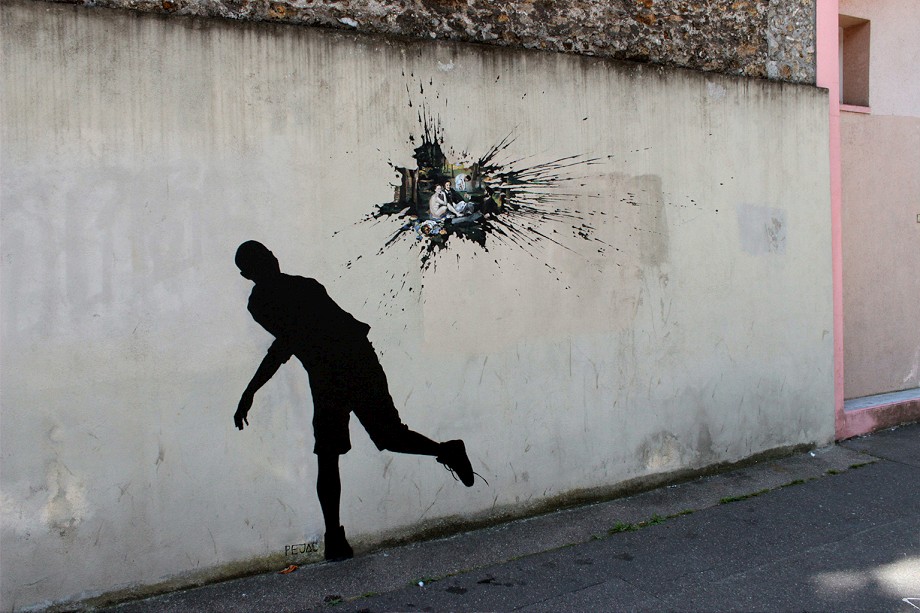