On May 28th, V1 gallery  in Copenhagen, or V1 contemporary art center as the artists renamed it for the occasion, hosted a preview of FUD, a two men show featuring  Barry McGee & Todd James. Being long time friends, this was the second time they exhibited together in Copenhagen.

Matching their visual language that often celebrates ridiculousness and nonsense in any form, the show was titled with a made up word that can be found in James’ earlier works. Without being pretentious about the depth and meaning behind their imagery, both artists presented new bodies of work created for this occasion. Random in themes, mediums, shapes, sizes and forms, the pieces included oil and acrylic canvases by James, and all kind of various panel and object works by McGee.

Continuing his ongoing series of paintings that glorify the naked female body, with examples like voluptuous blondes lounging and enjoying life, this time the NYC-based James presented several pieces that feel warmer and more color focused than previous works he has created. Concentrated around the warm tones of yellow and orange, the new paintings radiate the warmth in which his muses are basking. He also introduced a new large canvas that was inspired by the late Rammellzee and his notorious outfits.

The SF-based Barry Mcgee once again proved his versatility and diversity when it comes to visual expression – from two large clustered works that reinvent his proven concepts and signature elements, a stack of old surfboards with recognizable patterns painted on them, a brutalized safe with his characters hiding underneath, installations consisting of wooden busts, broken TVs displaying digitized version of his work, to hand painted vases, cups and a small table. The centerpiece of the show though was the large cluster piece consisting of geo pattern panels, with recognizable characters painted in between them in a new way for the artist.

The American artists also used this opportunity to meet up with some of their European friends and other travelers, so the small basement space of the gallery hosted an intimate group show as well displaying works by Khashayar, Magnus Vind, Ebitso, Julien Couic, Alicia McCarthy, Pablo Pinho and Derek Marshall. 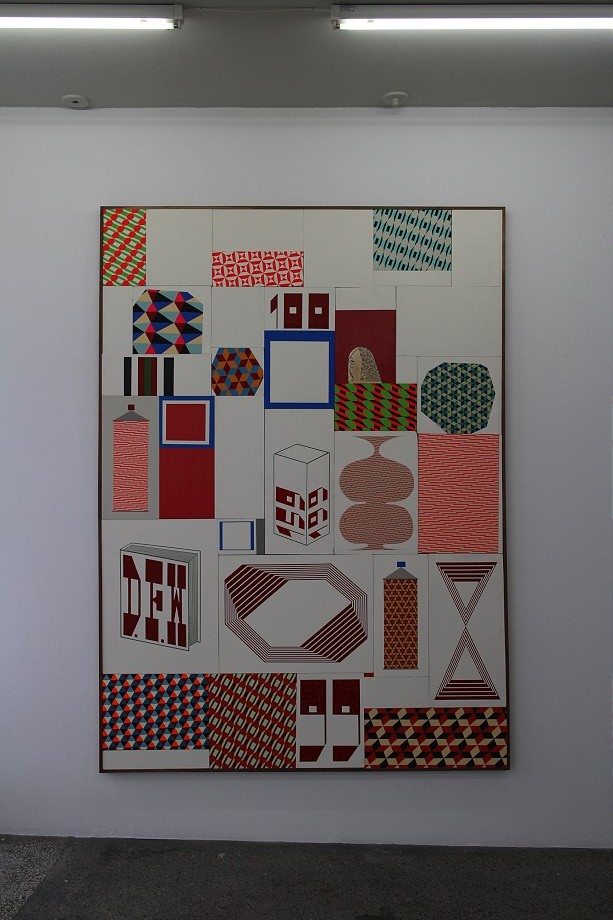 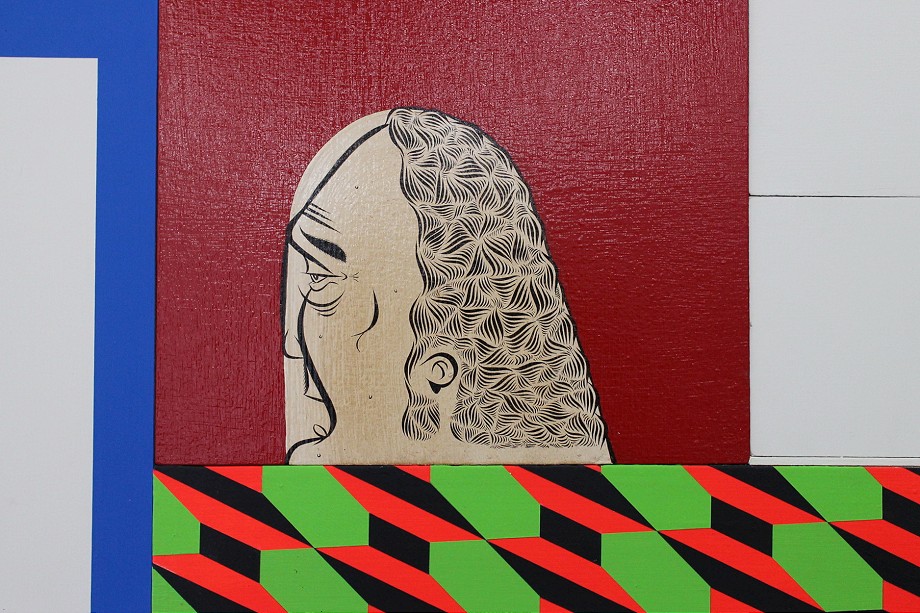 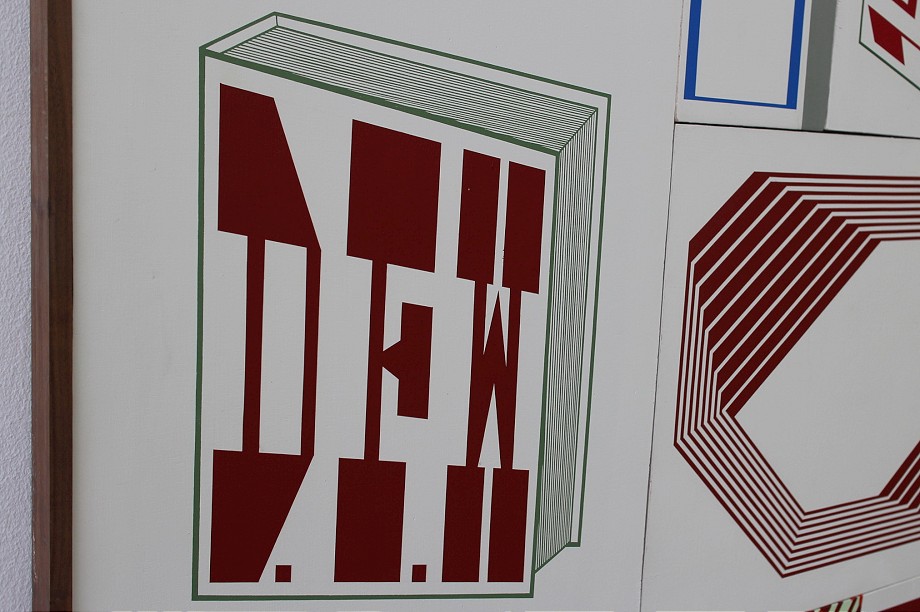 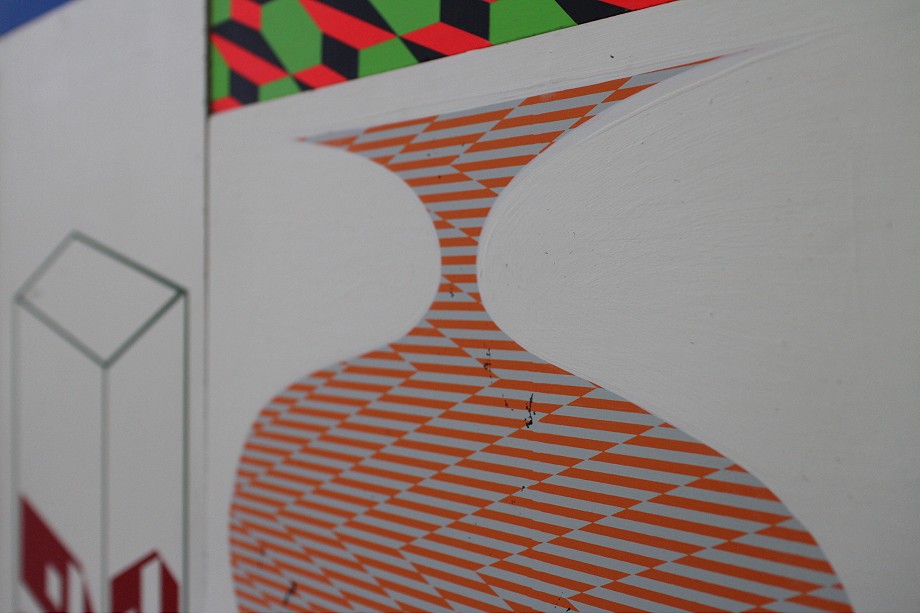 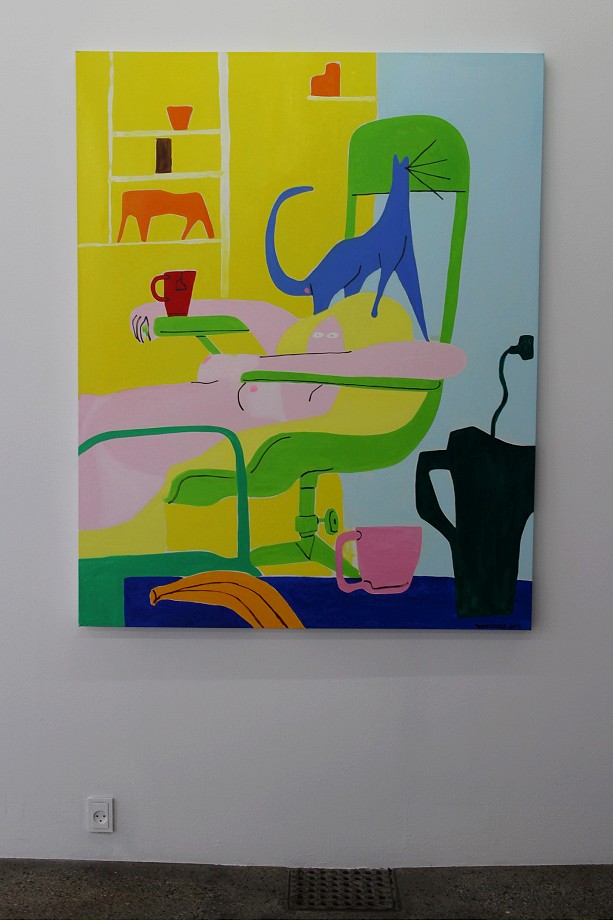 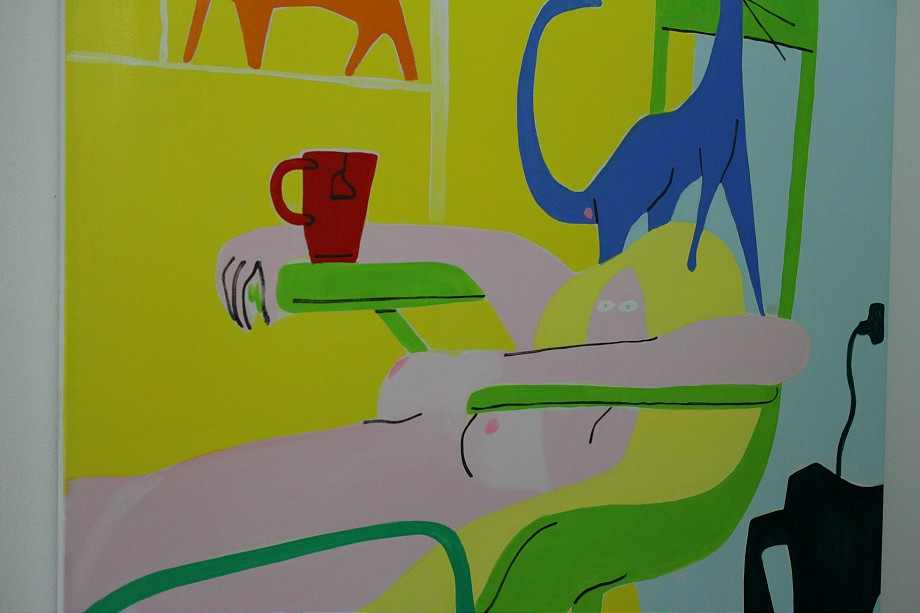 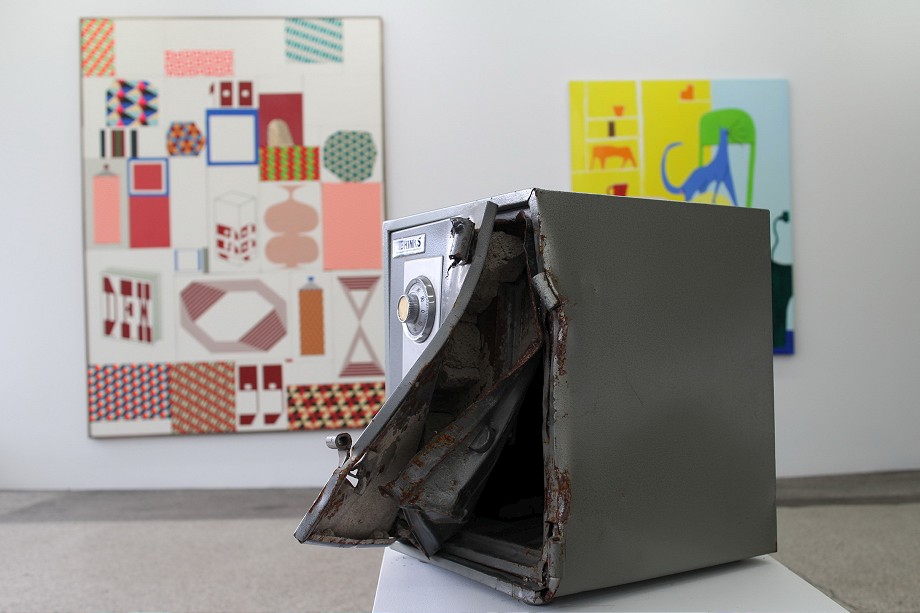 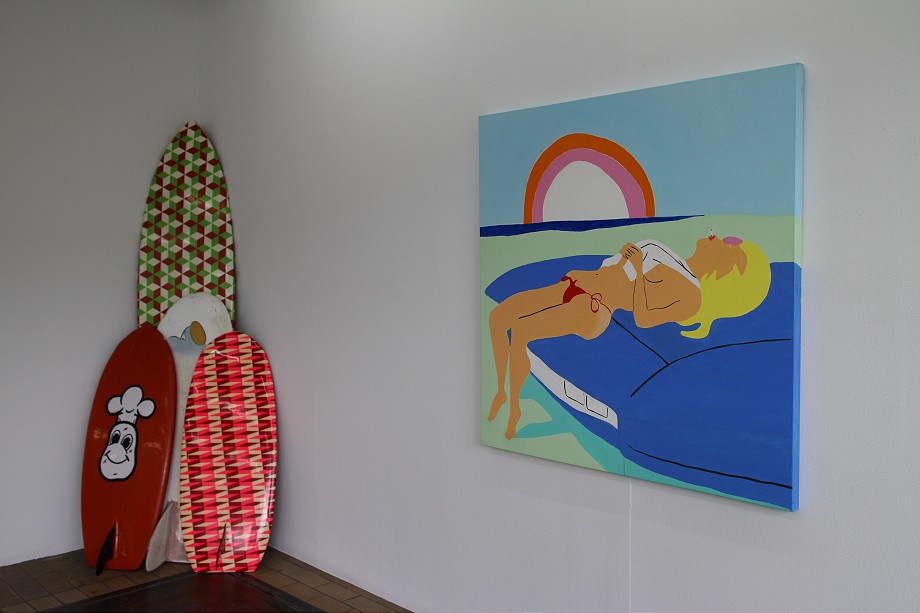