On Saturday, May 16th, Herakut and aptART opened an exclusive show at the studio and work space of Urban Nation in Berlin, presenting a collection of paintings, photographs and installations created both by German art duo and individuals & organizations across the Middle East, Europe and Africa.

Displaced Thoughts is a show that was hugely influenced by Herakut’s visit to a Syrian refugee camp in Jordan in March last year. The fact that an estimated 51.2 million people were forcibly displaced due to persecution, conflict, generalized violence, or human rights violations, influenced the artists to use their reputation to raise the awareness about this issue. The trend of globalization caused a massive clash of cultures and diverse religious beliefs, which resulted in terrorism and fear. The idea of this project is to overcome these differences and obstacles and provide people a chance to express and exchange ideas. “The exhibition explores the placement of resources, intentions and perspectives from individuals as well as international media, aid agencies and governments,” seen through the eyes of German artists as well people directly affected by this situation. Presented in a raw, workshop-like form, the artworks are being displayed all over the space, including drawings, paintings, sculptures, photographs and installations. This emotive and meaningful show will stay open to the public for viewing through May 30th, 2015. 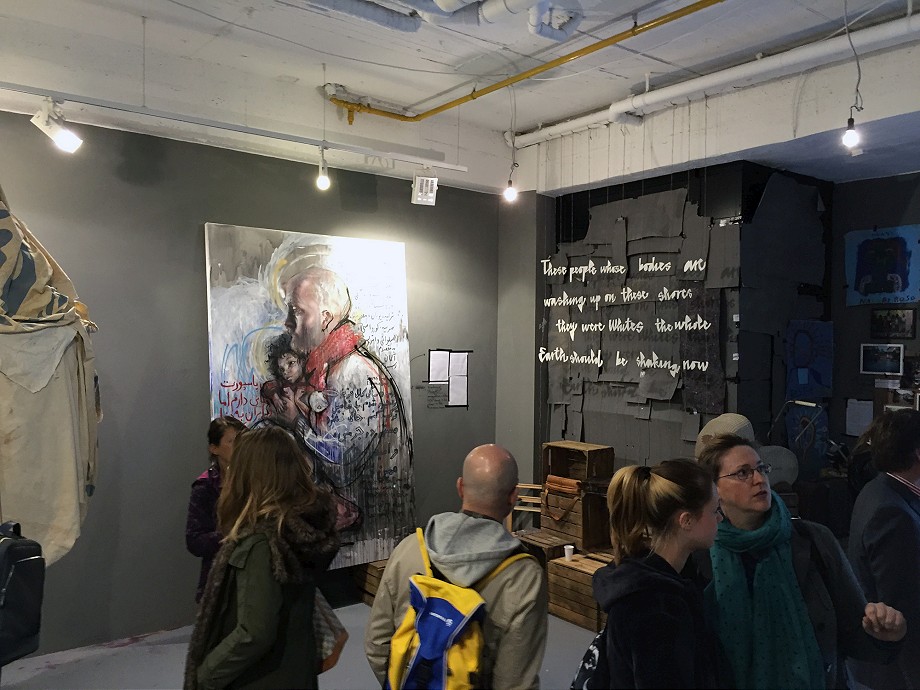 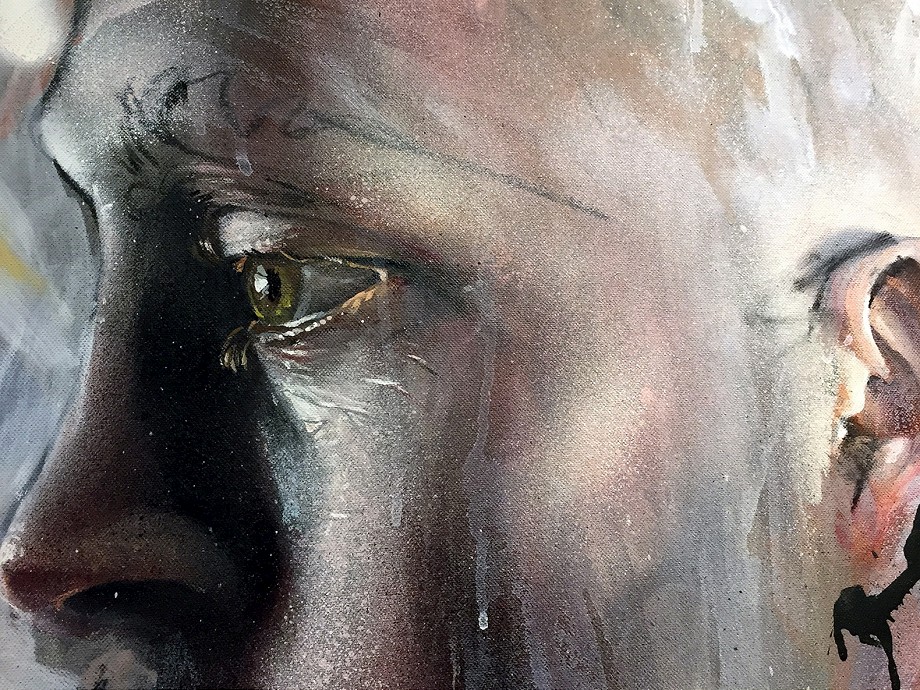 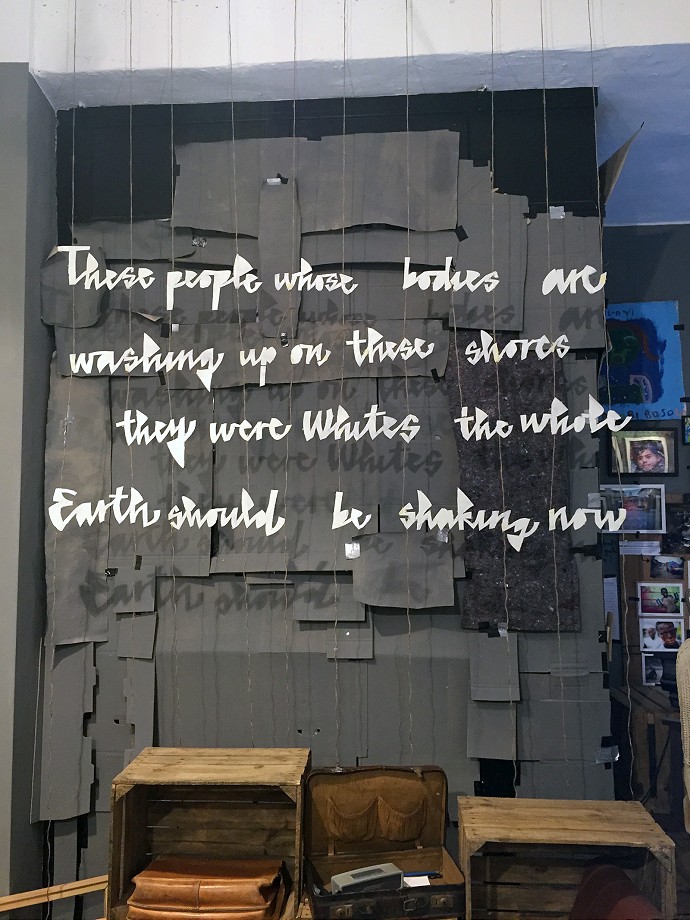 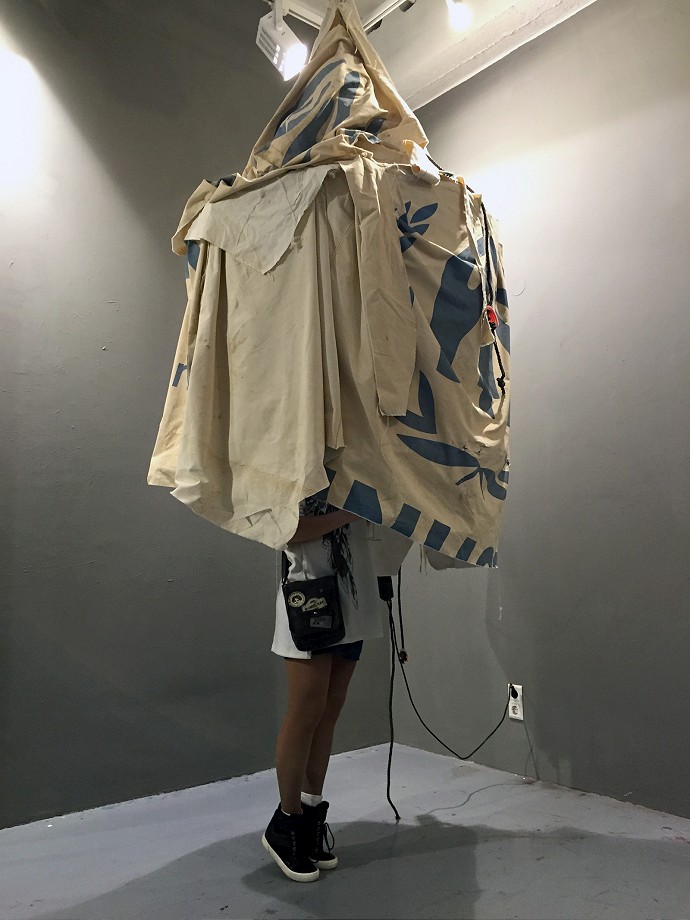 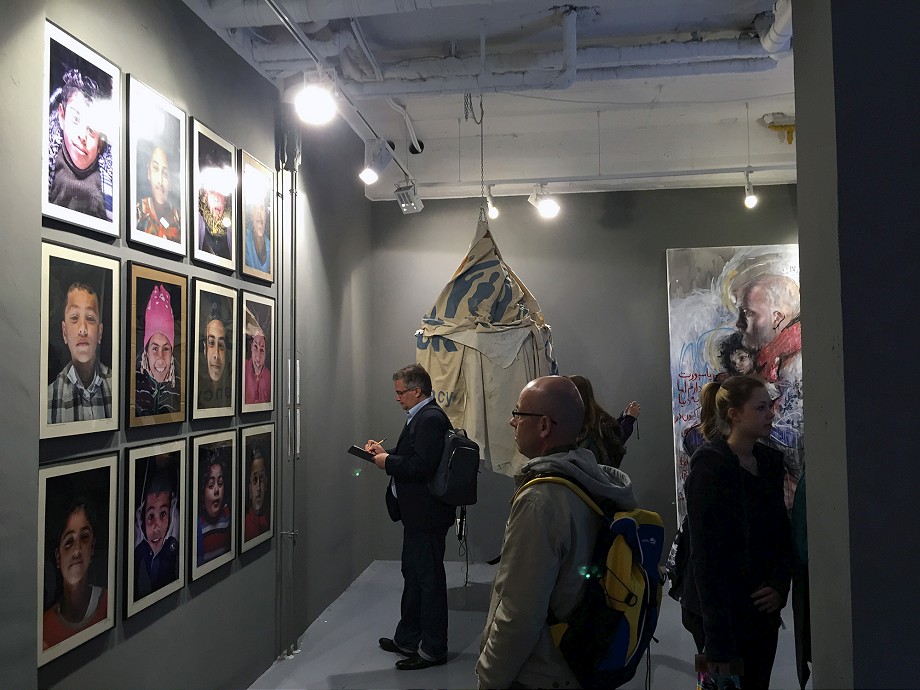 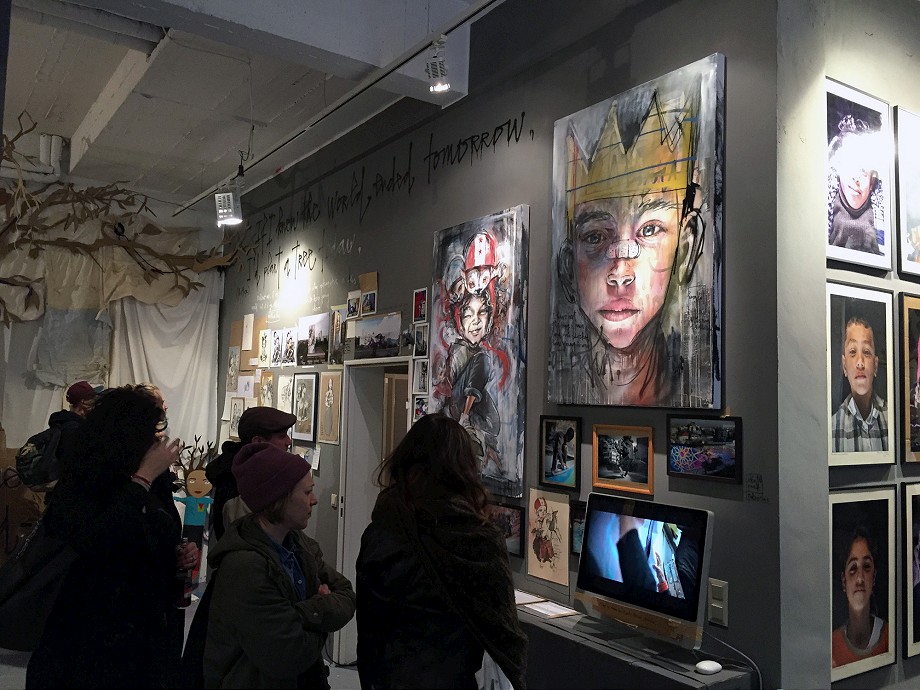 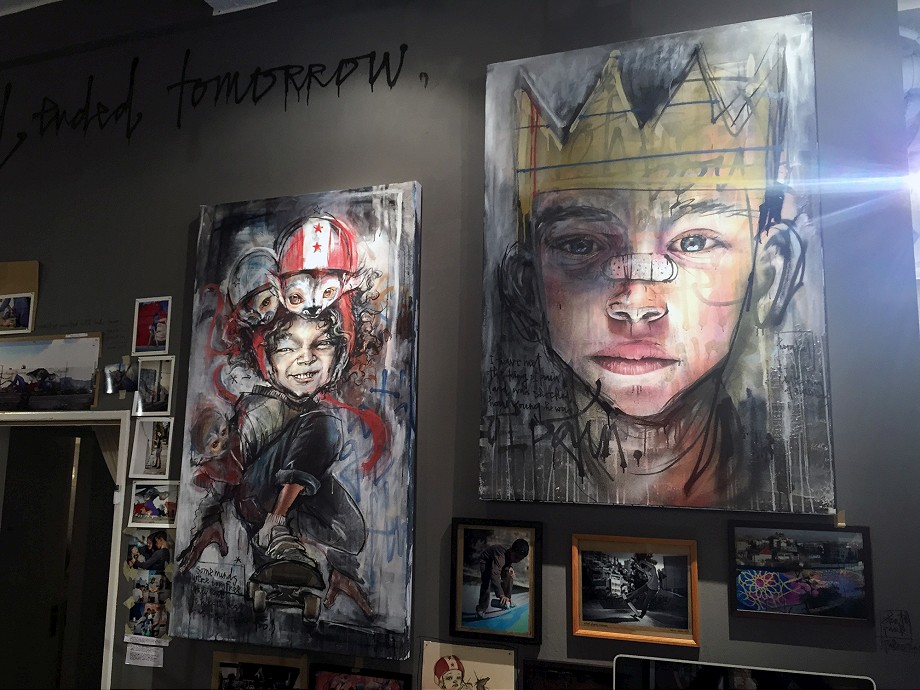 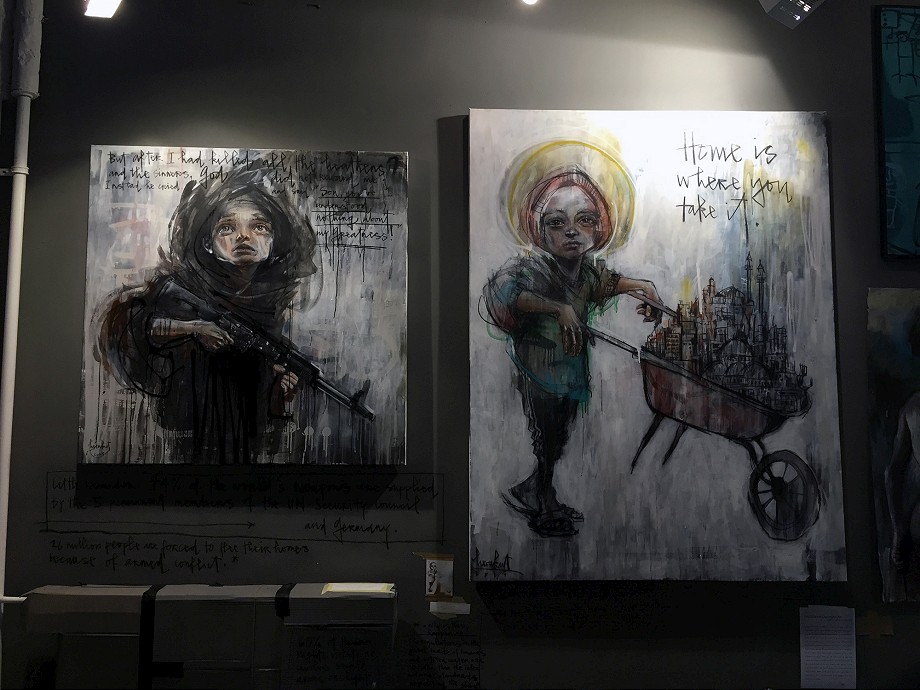