We just received these photos of new works by Pejac created few days ago in Hong Kong. The artist who is known for his witty concepts recently spent a few days in a former British colony leaving several diverse works throughout the city. Tackling the problems of overpopulation and limited rights, the “Umbrella Revolution” as well as Chinese tradition, most of the works were very small in scale but large in their message. This once again shows the strength of public art in it’s most basic form.

Re-thinker was the last piece created in his hotel bathroom window just before leaving Hong Kong. His version of Rodin’s Thinker is virtually placed on one of HK’s many skyscrapers, in its recognizable pose. The idea behind the piece is that be it for the lack of time and space or for the rhythm of the city, it seems like locals are not being left to think for themselves. With this small intervention, Pejac is reminding them to stop and re-think their present situation.

Oppression is an intervention that was set and left in front of the Central Government Complex of Hong Kong where last year ‘Umbrella Revolution’ protests were held. This sculptural piece consists of a paper made MSN Hotmail Butterfly trapped in a glass jar. It metaphorically represents the imprisonment of free speech and limited communication under Chinese laws. The artist intentional left the butterfly not killed but trapped, being able to see and feel, but left to slowly die.

Tagger is most “classic” street art piece created on this trip, but again with a smart twist by the artist. Located in Hong Kong’s Central, precisely on Hollywood Road 97, the piece is created right next to Invader’s dragon that was left there recently. For this piece, the Spanish artist used ink and a flame thrower, depicting a dragon “tagging” a heart with fire. In China, the dragon is a symbol of strength and power, so presented in such an urban environment, sending out the universal love message, this mythical animal becomes a part of society. 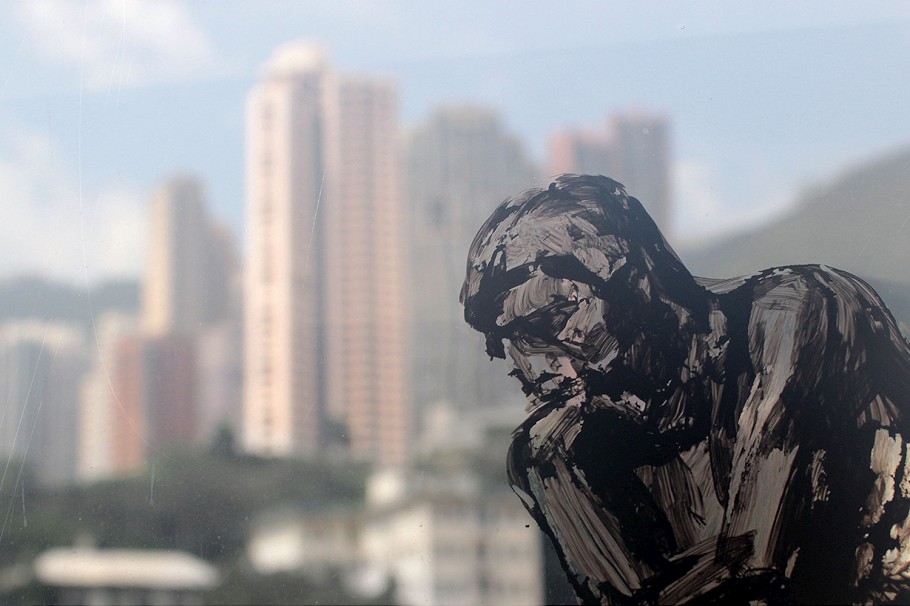 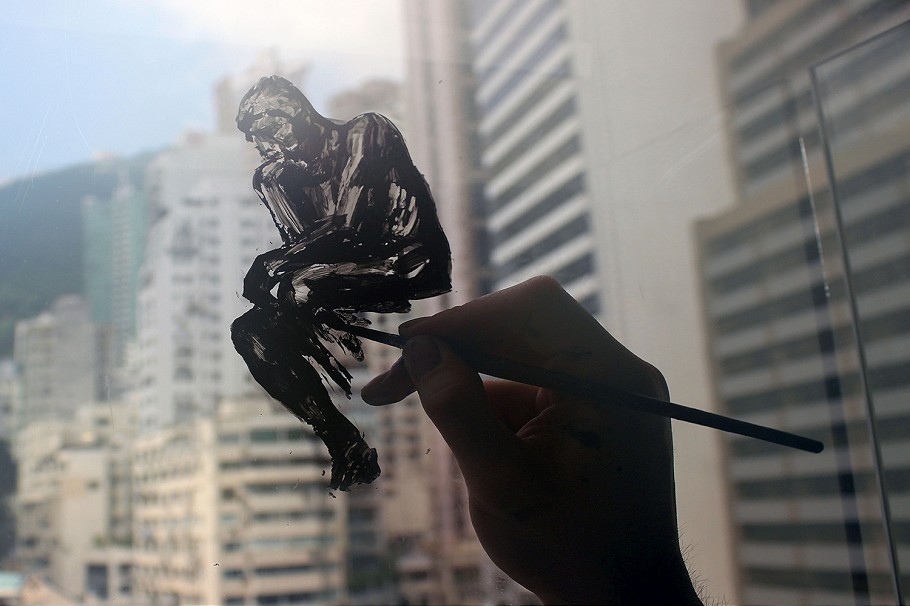 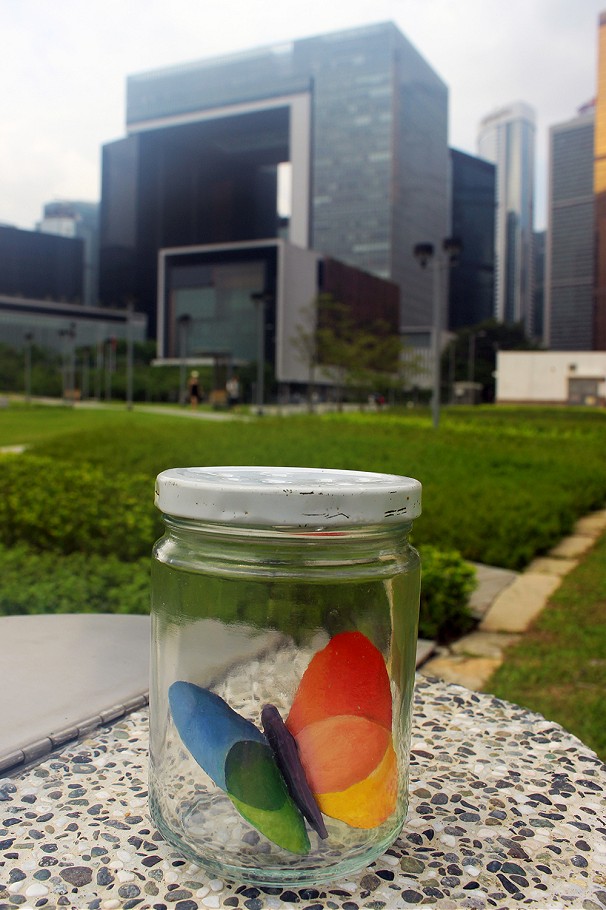 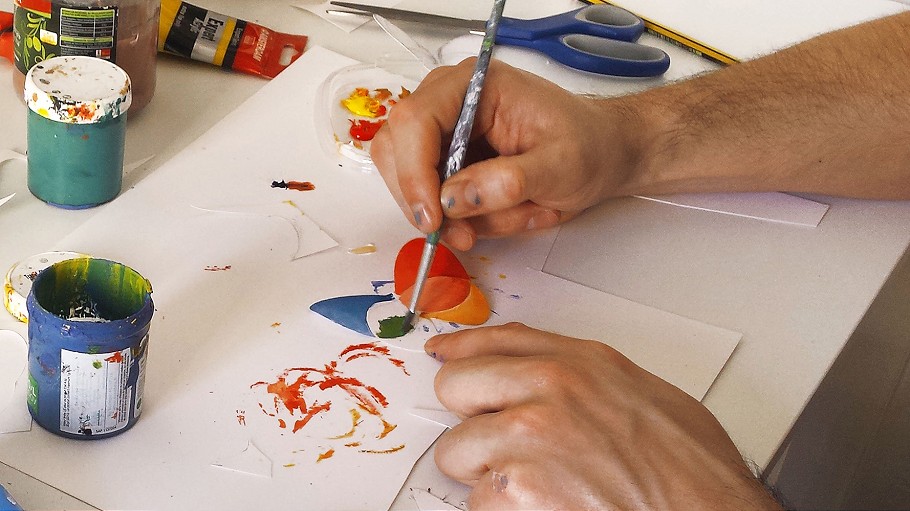 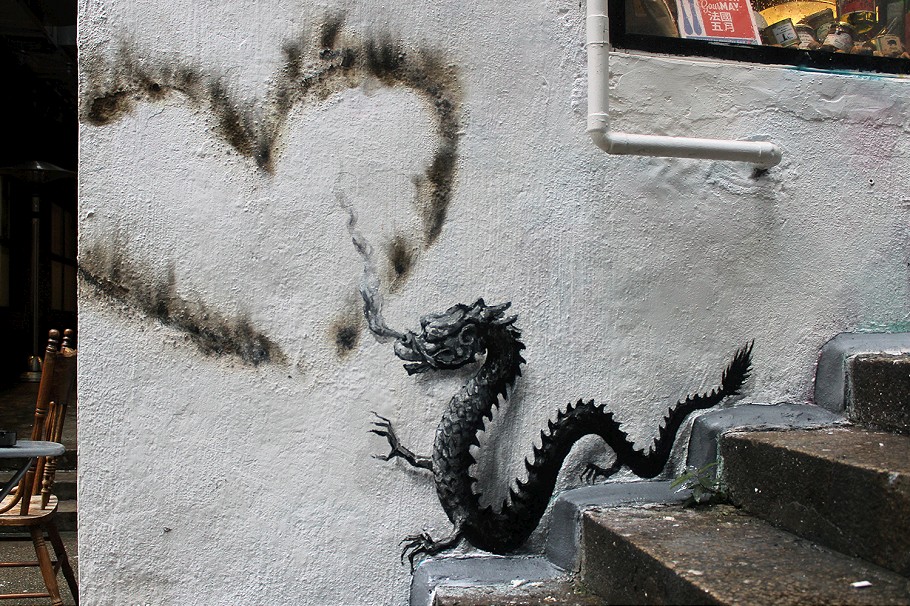 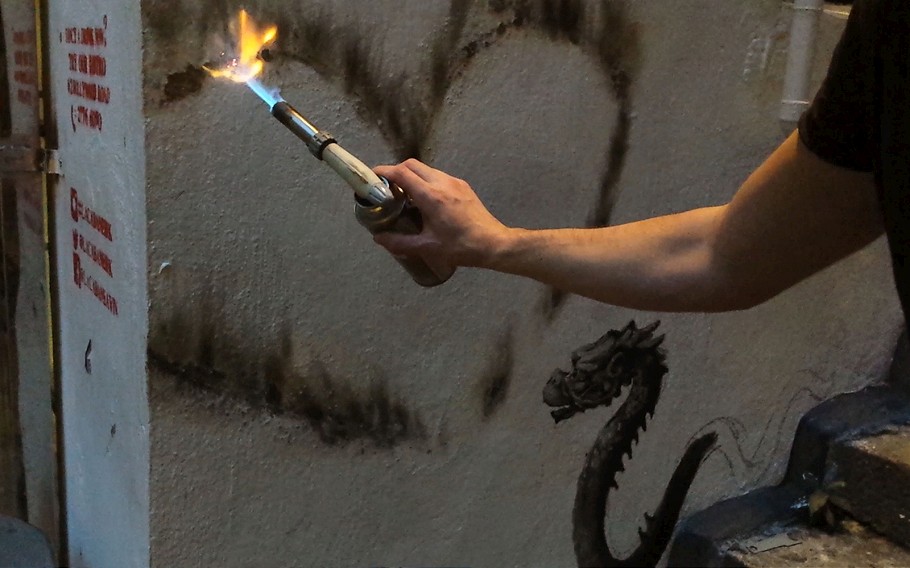 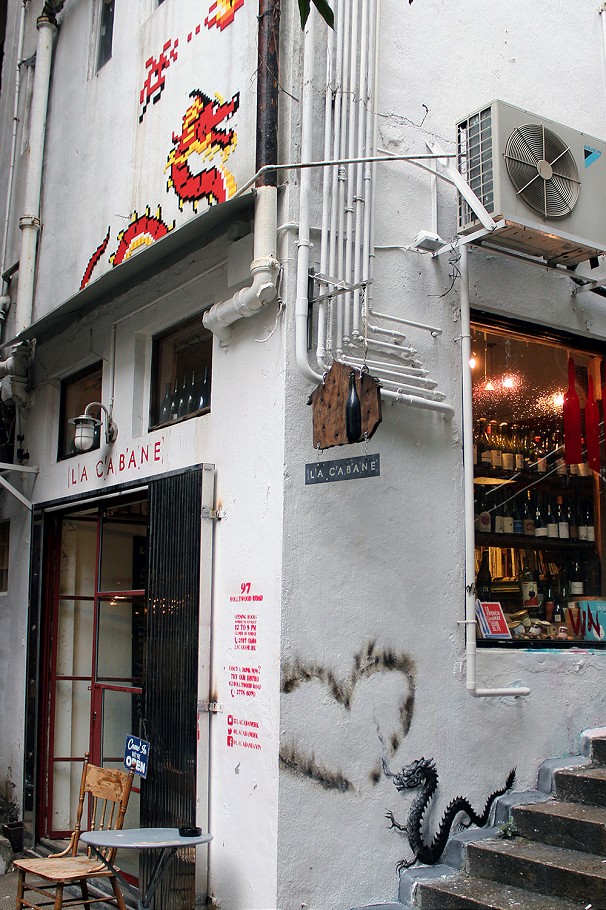