In town for their Parallel Connection project (covered), Brazilian twins Os Gemeos used this opportunity to create a couple of sneaky street works with their friends. They teamed up with French part-time locals, JR and Andre Saraiva, and painted some lovely pieces on the streets of SoHo in New York.

Mixing their different styles and signature elements, artists were able to created a lovely collaboration. Using JR’s paste up eye photographs as a base, Saraiva painted his famous Mr Andre stickman-like characters which were than upgraded by the twins. Adding a bit of yellow color to them, as well as their recognizable line work and shadow effect, Otavio and Gustavo Pandolfo nicely rounded up this interesting collaborative piece. To leave their full mark, the two added one of their vandal characters tagging Gemeos in between this eclectic mix.

A few days before painting this piece, Os Gemeos and JR created another piece on another location in the city. Cleverly using a front facade of a brick wall building and incorporating its architectural elements in it, the brothers painted a couple more of their recognizable characters tagging the wall and pasting up JR’s work. 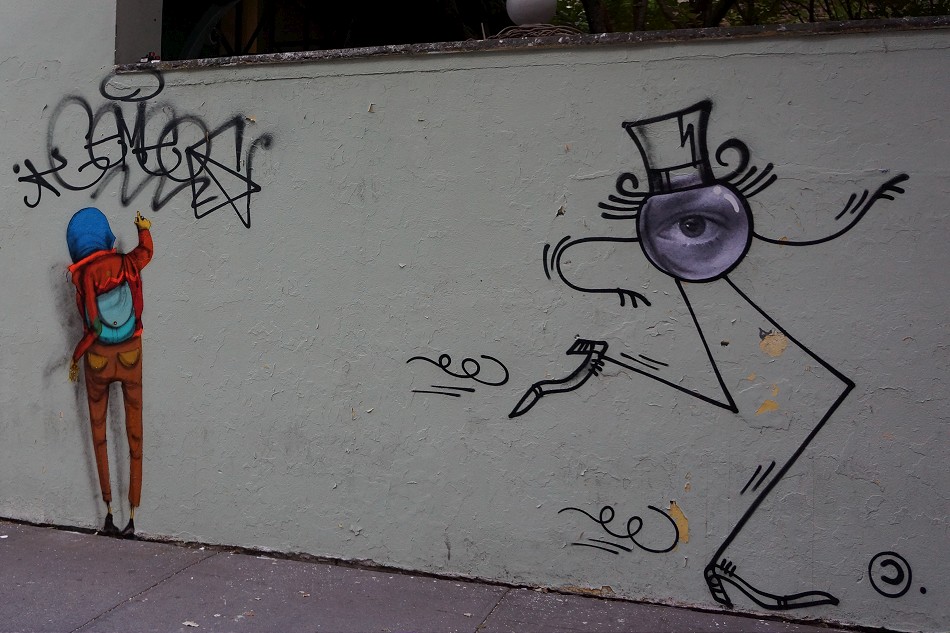 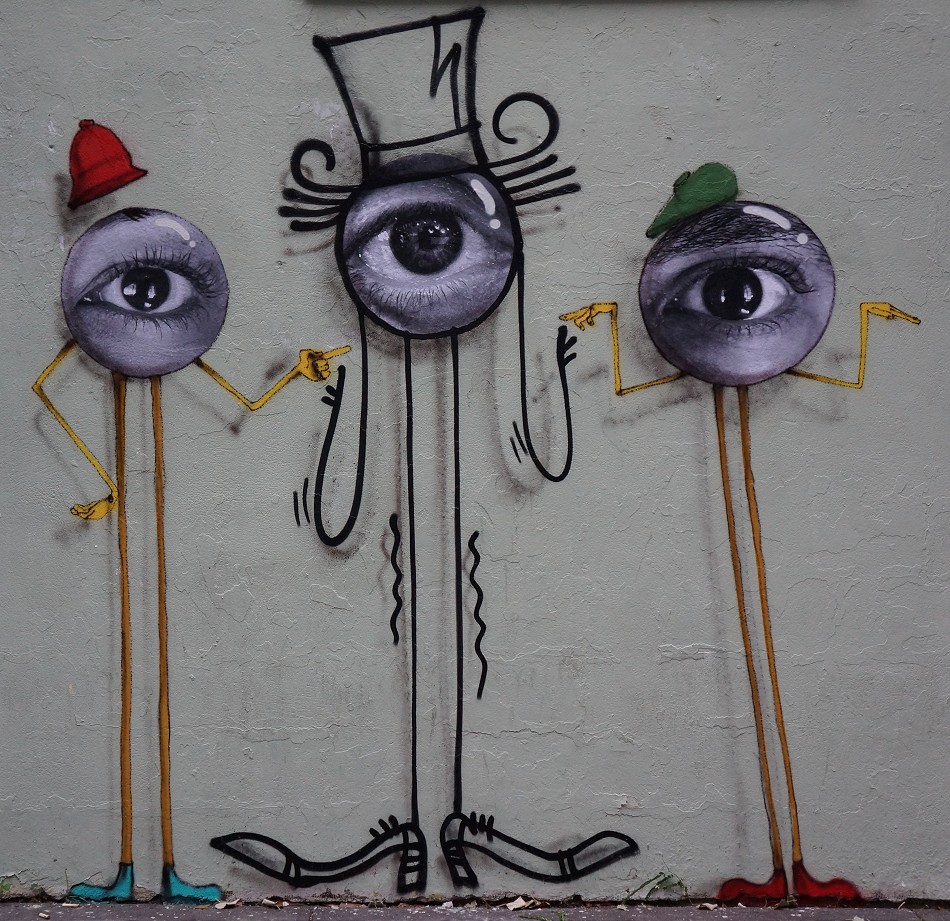 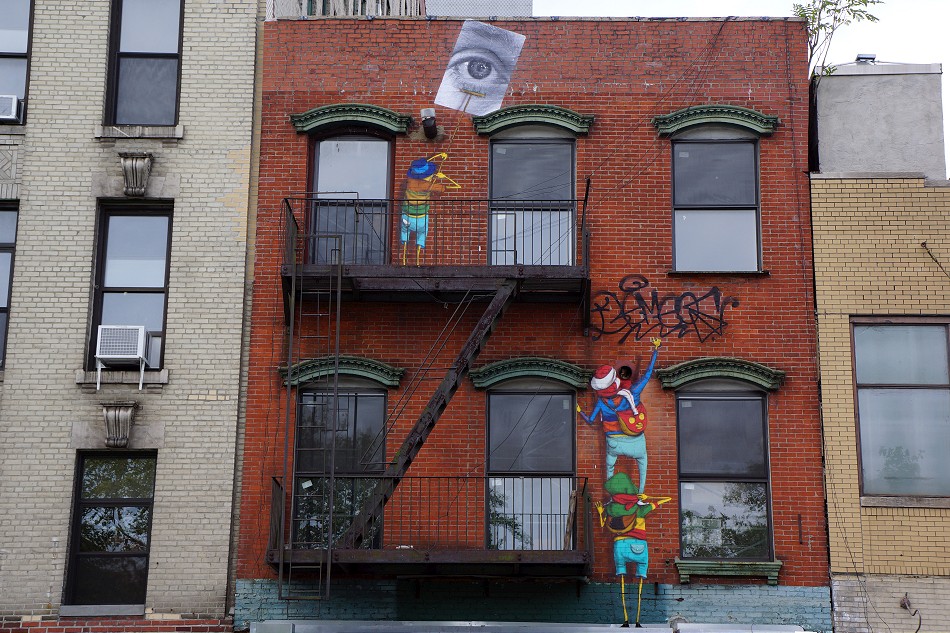 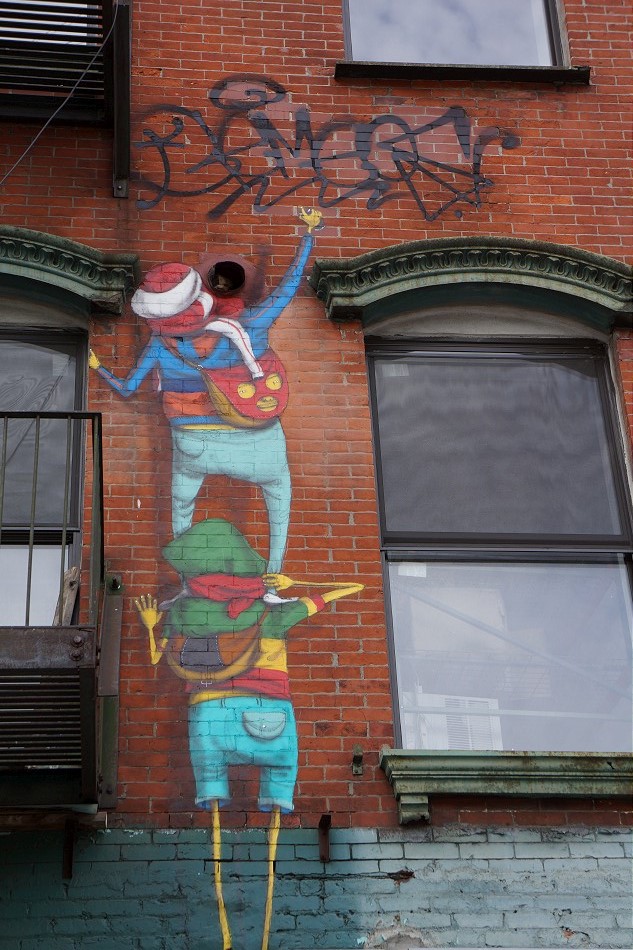