It’s hard to believe that it’s been 5 years since since street artist, activist and most recently outlaw (according to the mayor of Detroit), Shepard Fairey has ‘formally’ had a solo show in New York City. But as you likely know (if you are reading this), the American artist doesn’t stand still for very long. Let’s not kid ourselves with the math equation here, the Los Angeles-based artist and his posse still go as hard as any, 26+ years in the game. He recently finished up his second largest mural to date (more on this later) and let’s not forget that Detroit piece (60 wide x 184 feet tall) that inadvertently led him to the big house, for like a minute (side note – street cred is alive and well but the jury is still out).

But let’s explore that side note, since we are already on the subject. I think there is an underlining layer of diligence that many choose to overlook regarding Fairey. Truth is, two and a half decades ago, he was already risking it by posting Obey Giant propaganda all over the world before the art world even gave a shit. But, we don’t need to tell you that they certainly do now. Never one to underwhelm, Shep came out swinging with a dual headliner, led by Jacob Lewis Gallery. On Our Hands is a solo show of original process works, paintings, and cast sculptures (in conjunction with Pace Prints), the newest editions from him.

Like with most Shepard Fairey works, On Our Hands will engulf the viewer with classically iconic Obey imagery that his fans have come to love over the years, but these pieces are saying much more. The title alone leads to a larger commentary on the insight behind the works. In some instances, there is a message of global accountability, or perhaps a call to action, sprinkled with apathy, and a dash of hard truths. Shep, who has always been known for his political satire and thought-provoking images, always manages to skirt that line depicting beauty within a state of less then comfortable circumstances.

Needless to say, we really enjoyed both shows and suggest you go see them. It runs through October 24 at Jacob Lewis Gallery (521 West 26th Street, 4th floor) and Pace Prints on the floor up. 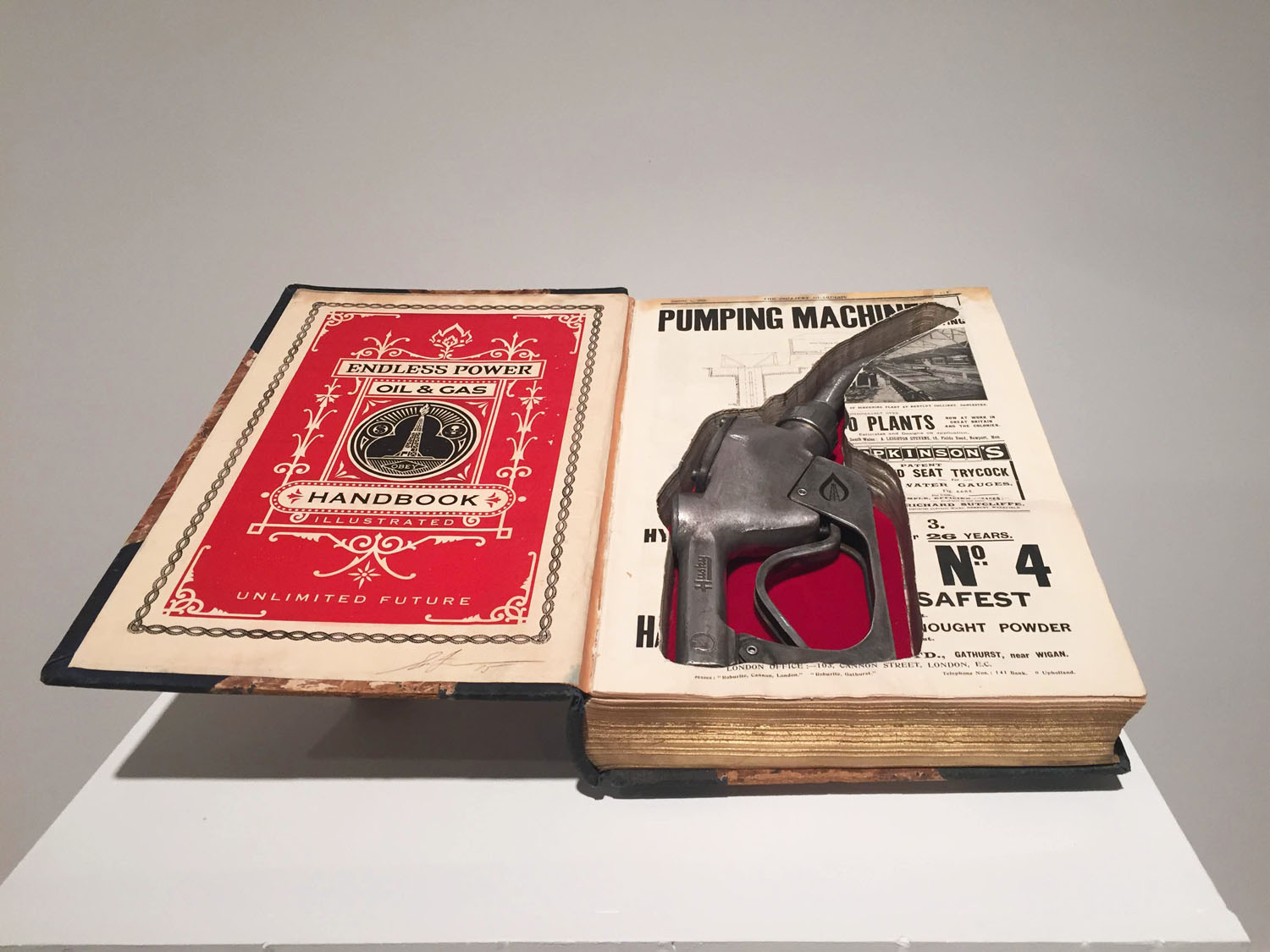 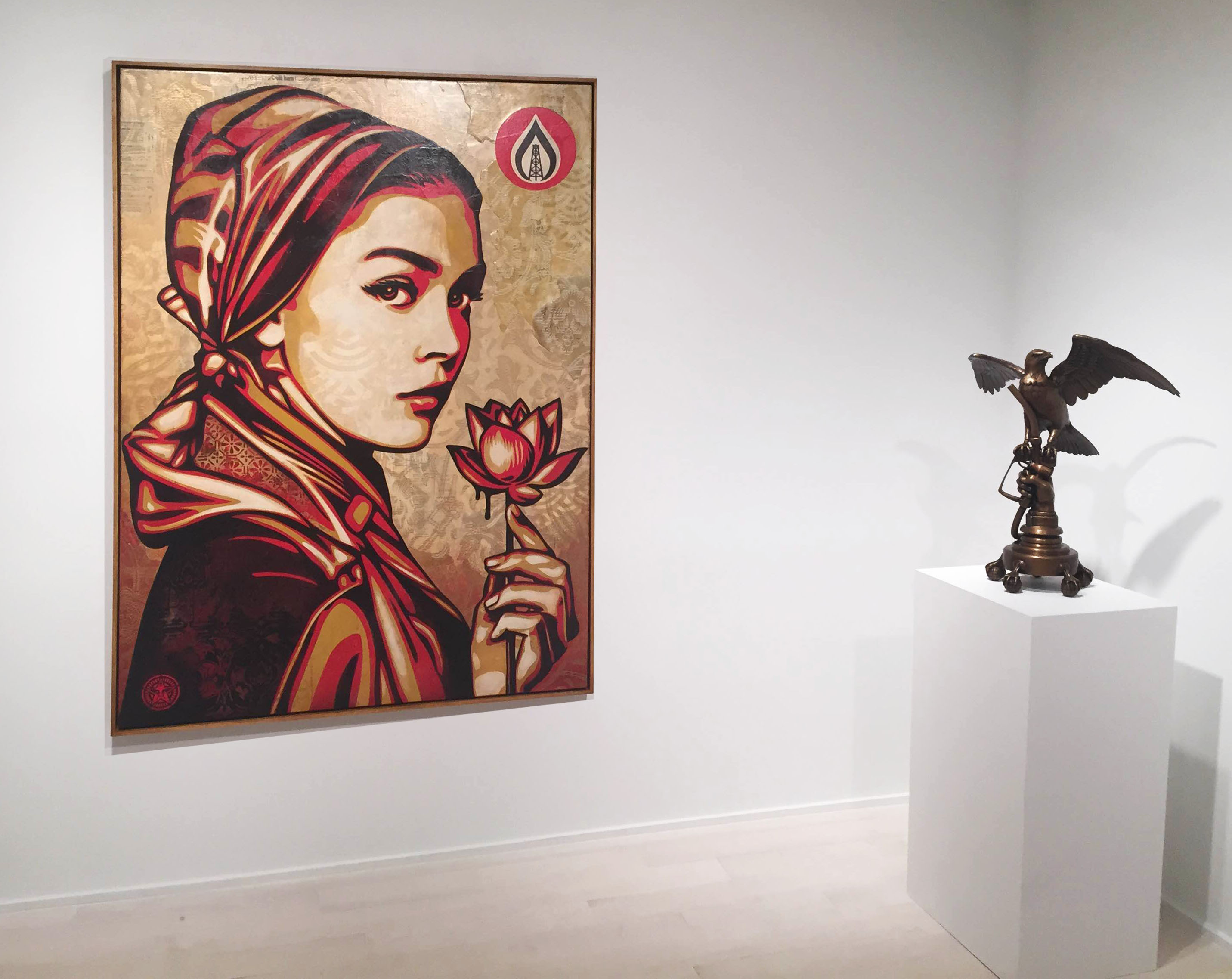 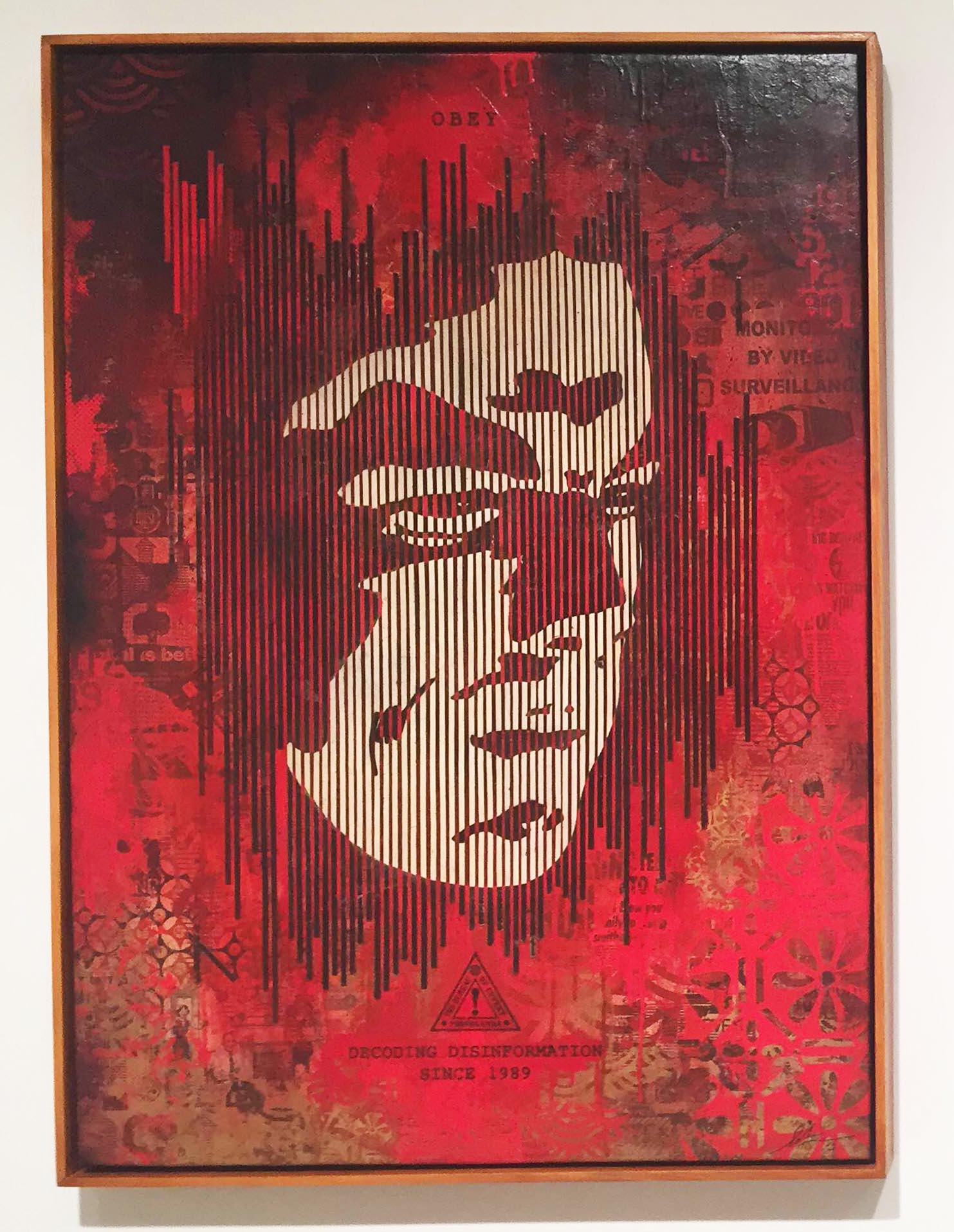 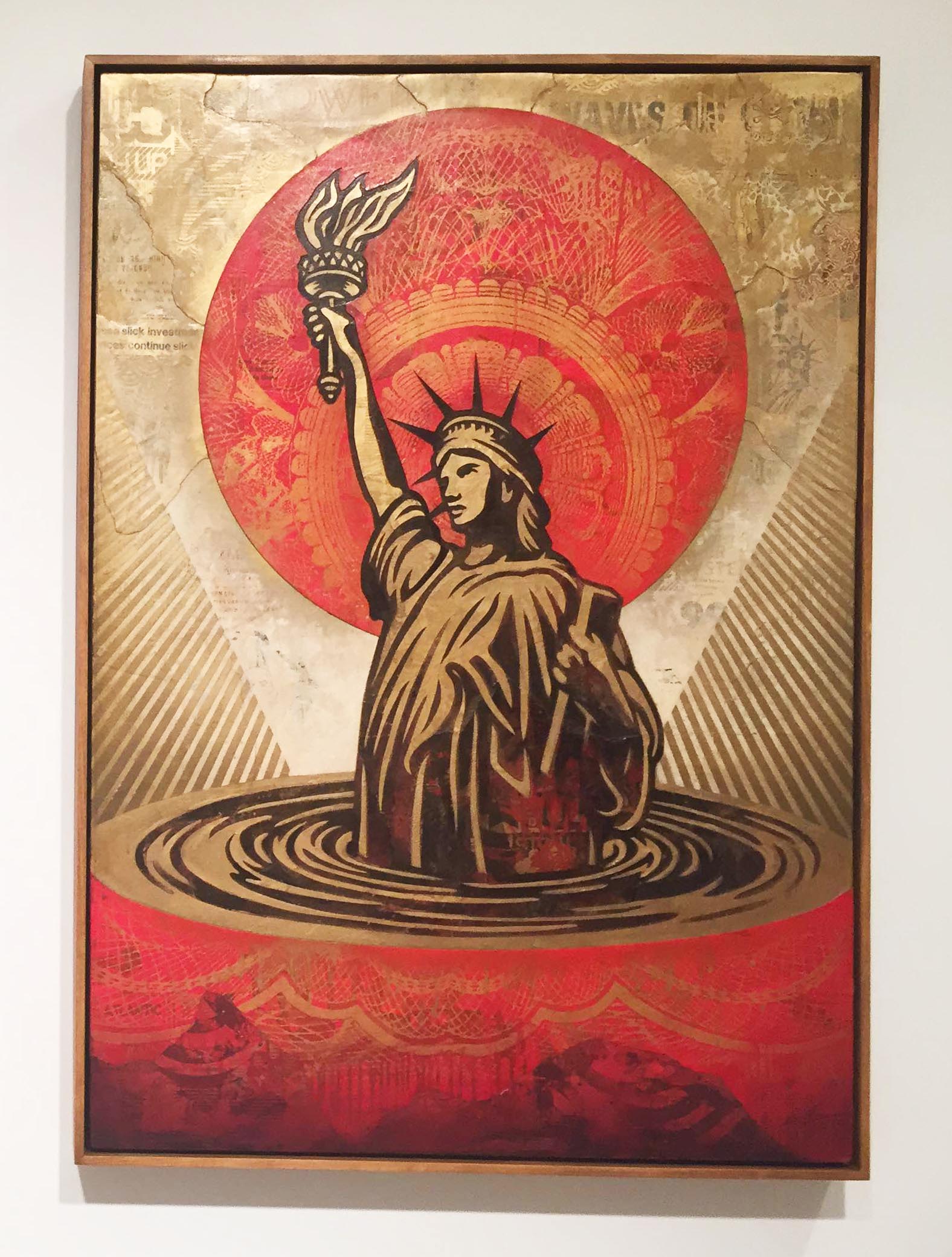 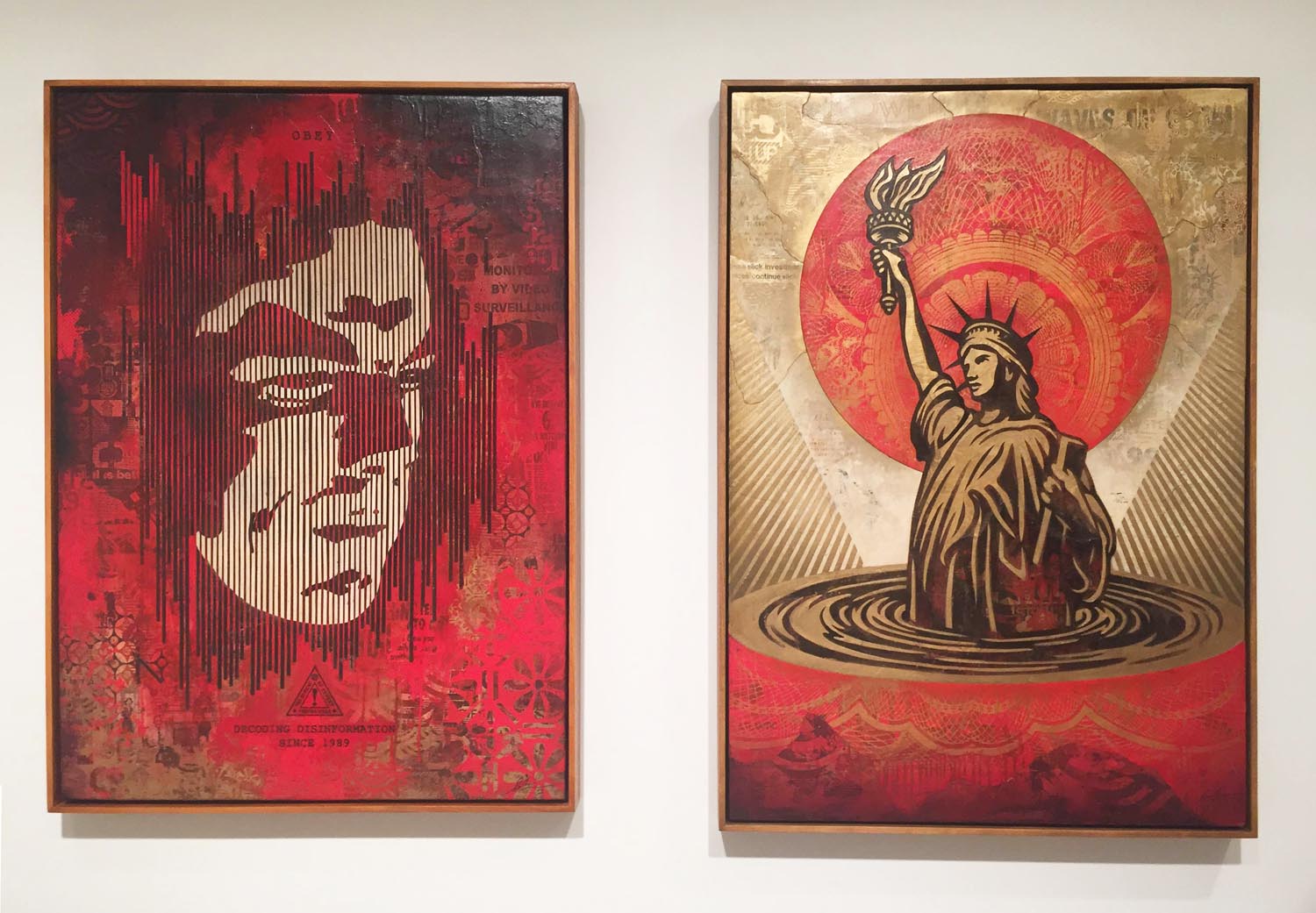 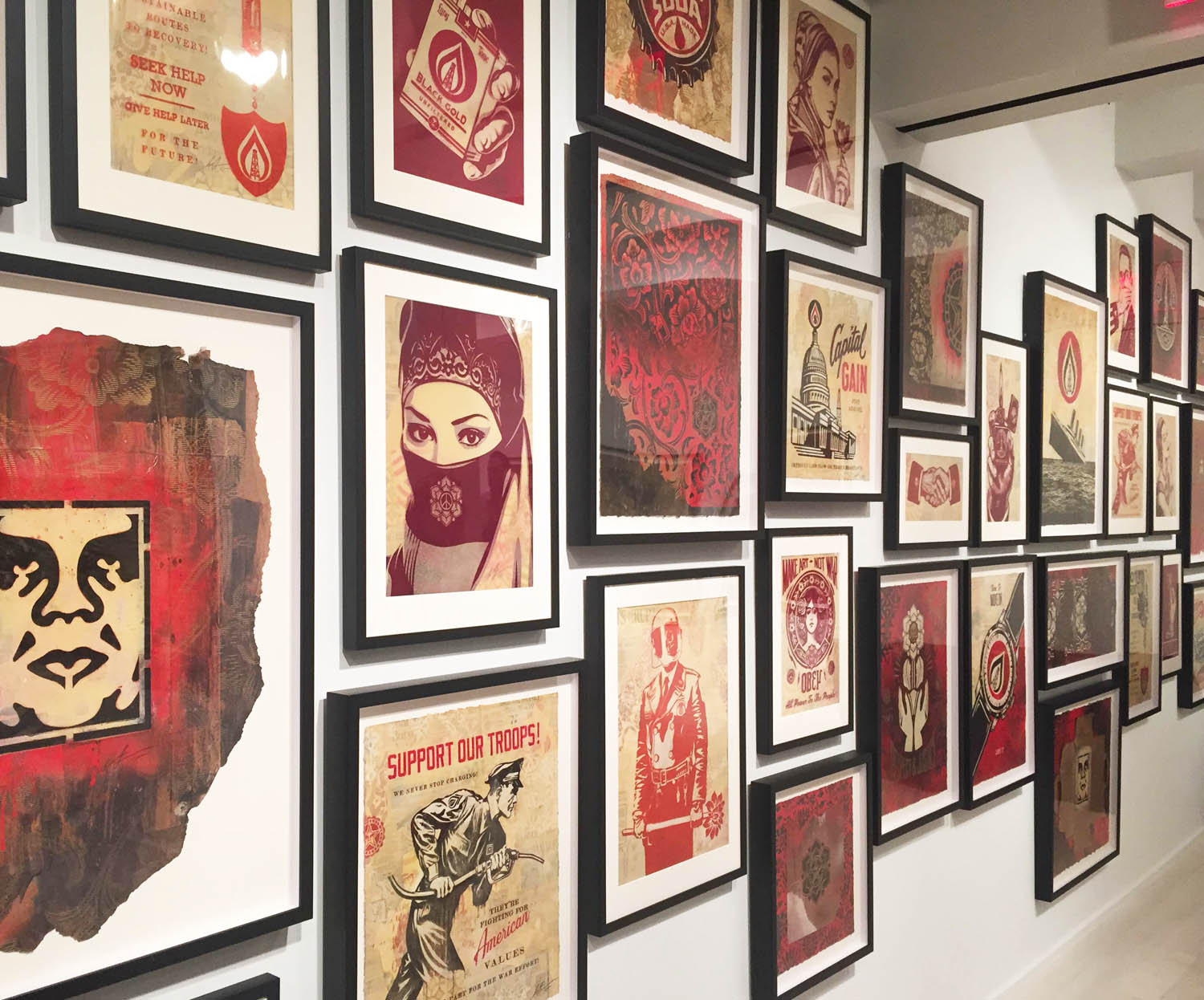 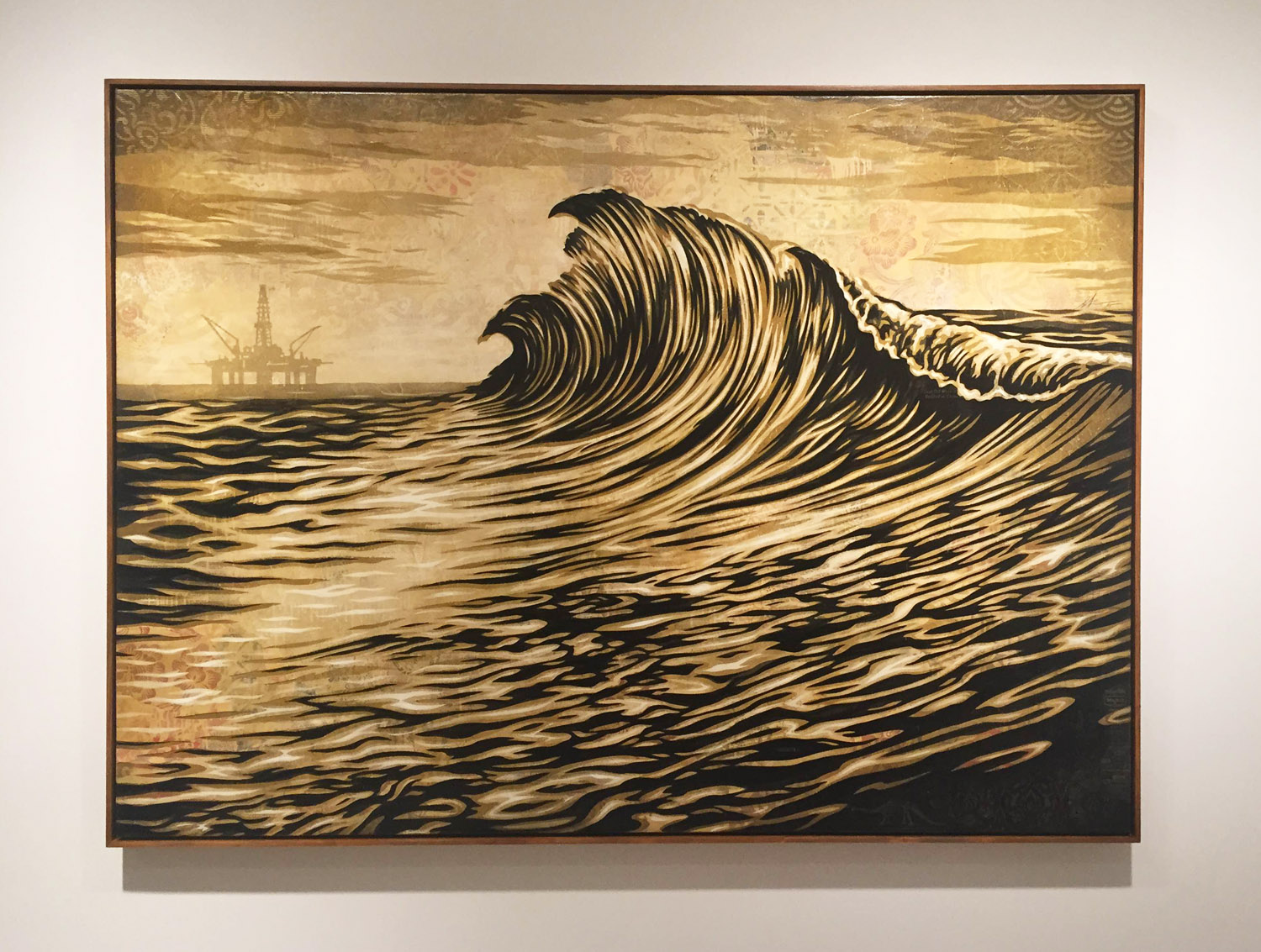 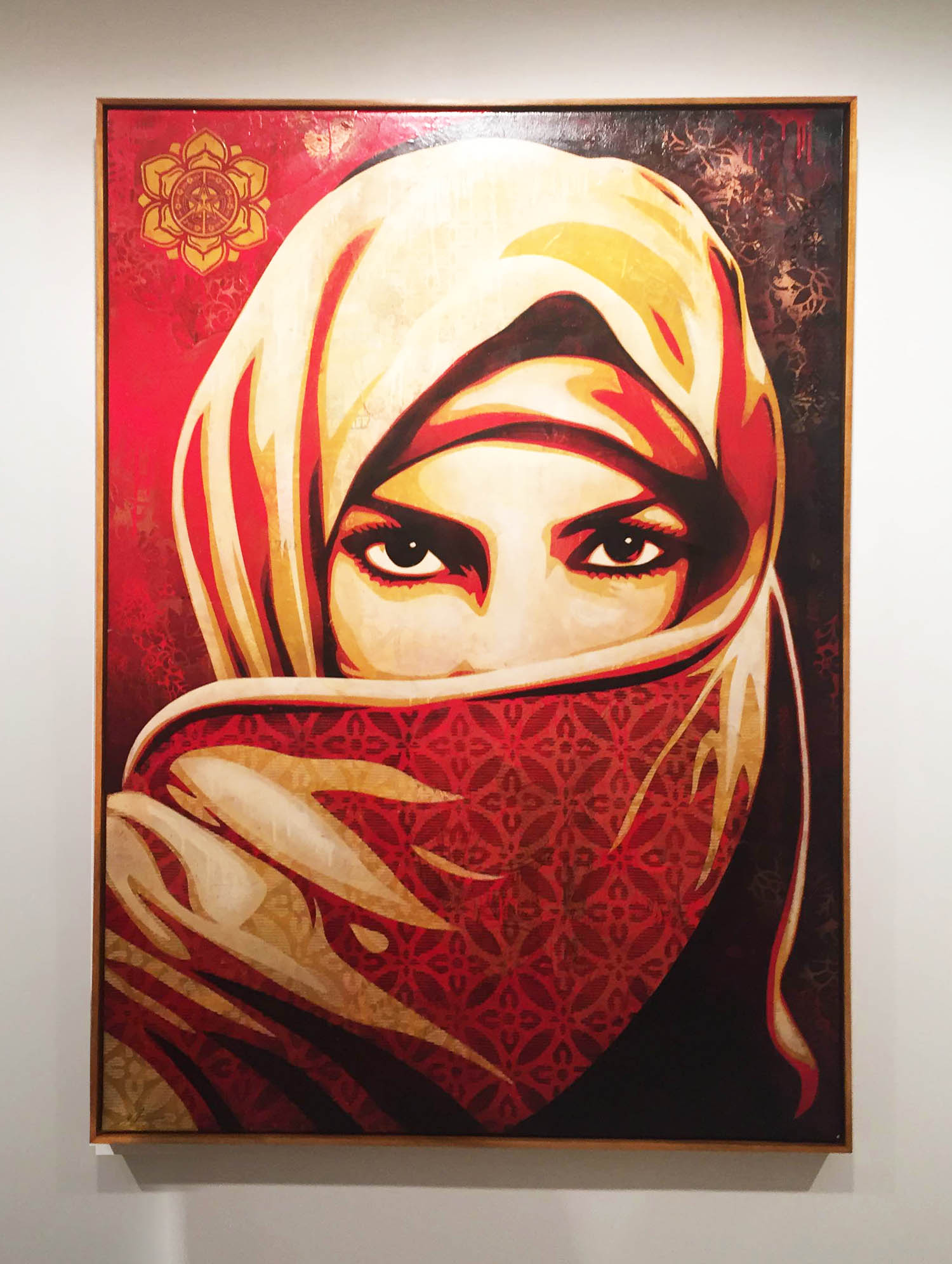