Gauntlet Gallery in San Fransisco is currently showing two exhibitions that celebrate both the analogue and the digital side of the artistic spectrum.

Mike Egan’s (interviewed) solo exhibition Live Fast, Die Faster continues his heavily stylised and instantly recognisable series of paintings inspired by German Expressionism, Day of the Dead imagery and his former career as an embalmer and funeral director. The Pittsburgh-based artist’s subject matter celebrates both life and death in equal measure. Amidst the chaos of the the skeletal figures and devils that features so prominently within his output, a lot of hope is to be found. Life grows from the death in the plant forms he uses to frame the figures he depicts, and a healthy dose of humor in the form of pop culture references are interwoven throughout the work. Egan often uses text to reinforce the narrative of his paintings, combined with religious symbolism in the form of iconography and anecdote. In addition to the series of acrylic and shellac paintings on panel, he completed his installation with a series of painted coffins and a mural.

Hollis Brown Thornton is based out of North Carolina, and the Star Wars themed works featured in A Long Time Ago embrace digital manipulation of imagery ingrained within popular culture. The title of the exhibition refers back to the origins of the imagery used – the pixelation takes us back to the golden age of 8-bit technology, which was of course emerging at a similar time as the original Star Wars movies. Thornton presents his work on canvas using a combination of acrylic paint and pigment transfer.

Fittingly with Egan’s work, the exhibitions close this Saturday 31st October – on Halloween. 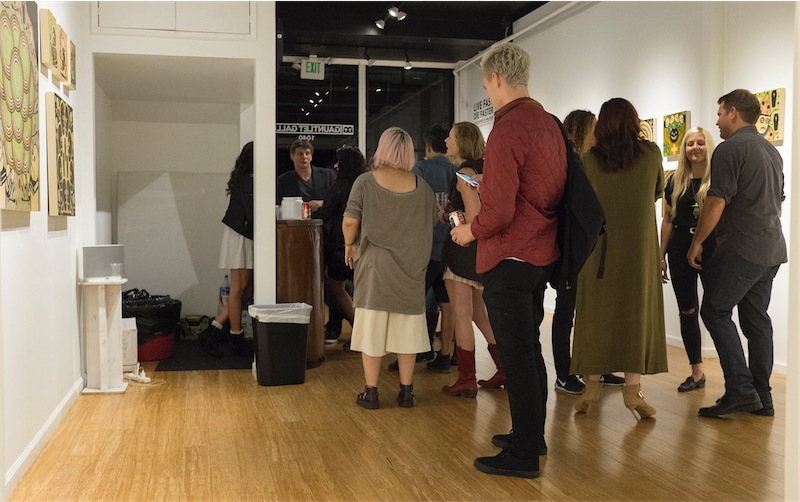 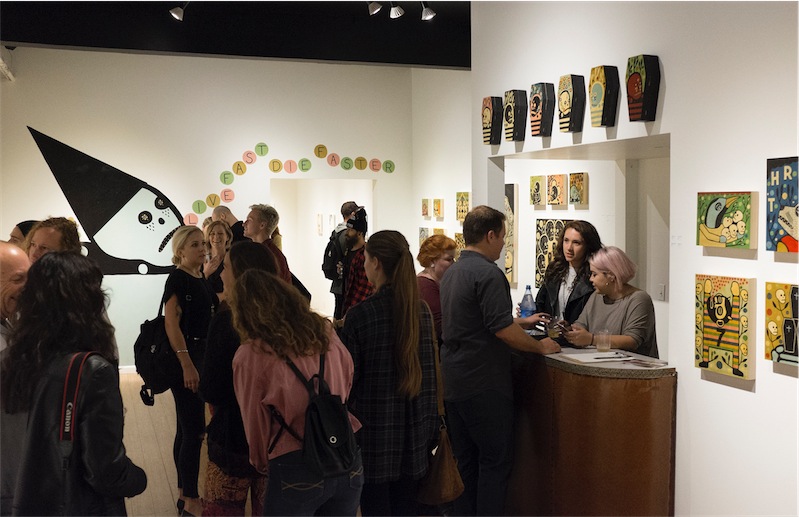 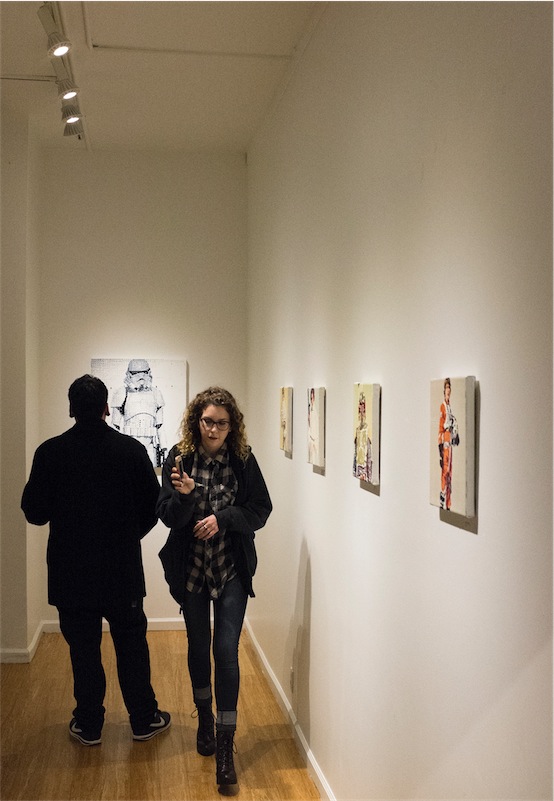 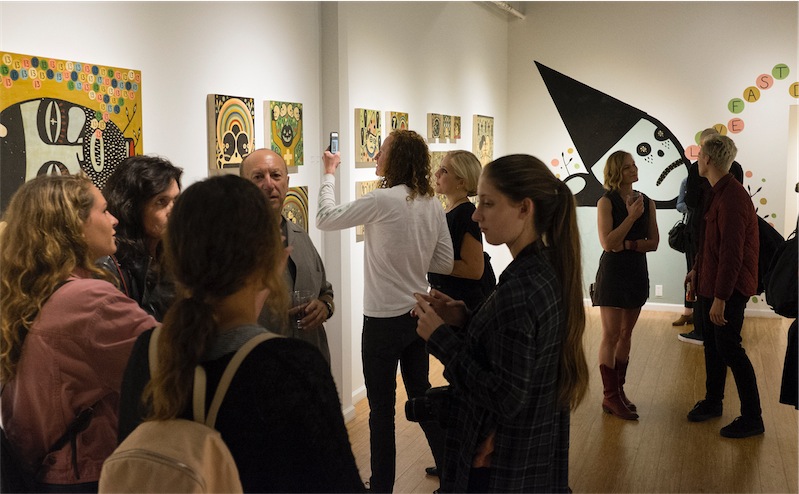 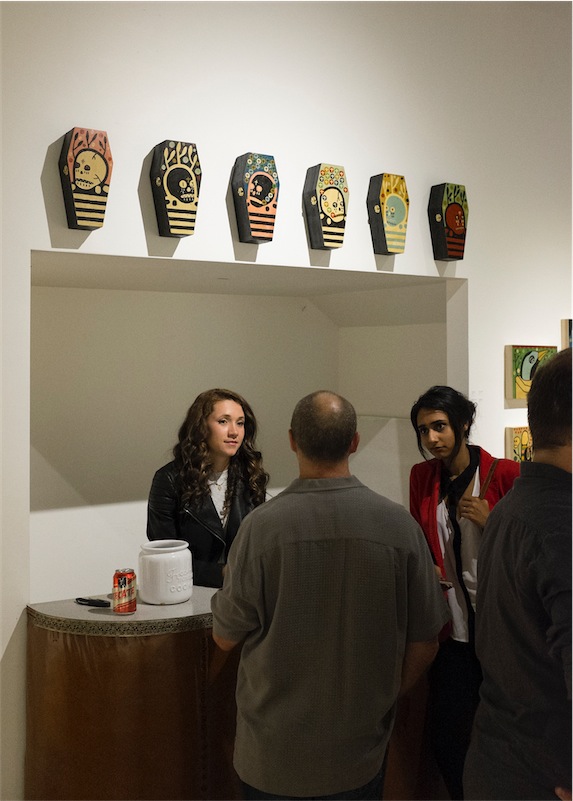 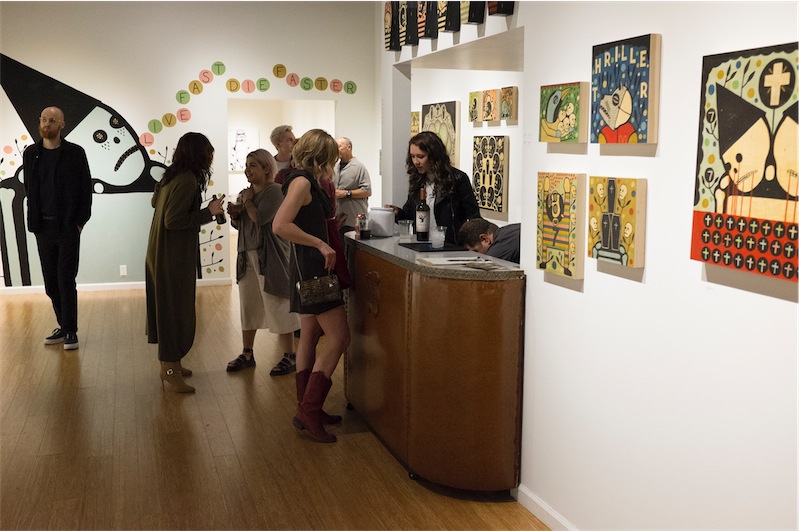 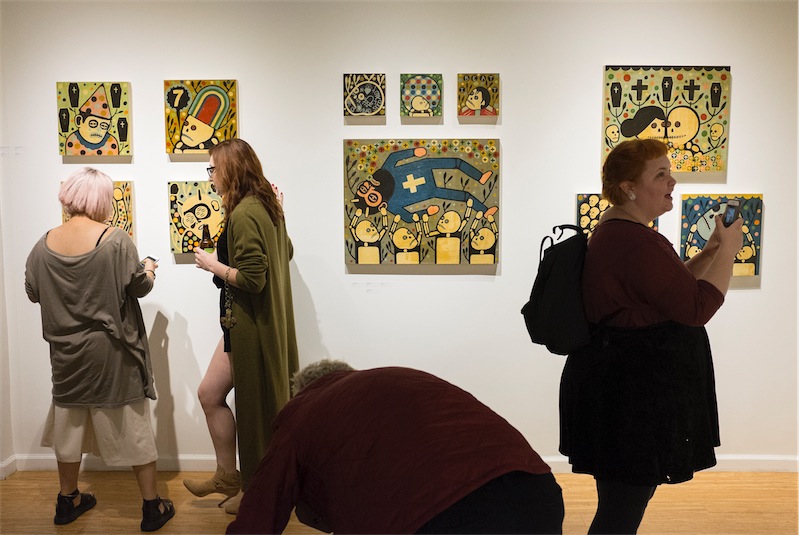 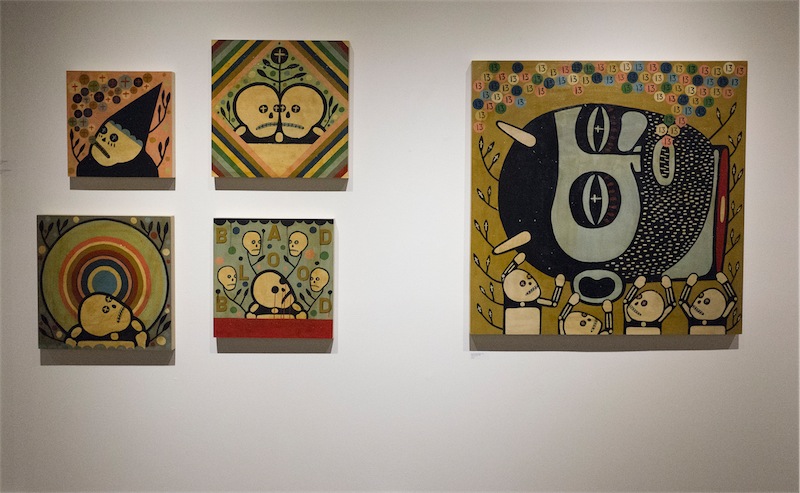