LA-based artist David “Meggs” Hooke recently presented his newest body of work at the Thinkspace Gallery organized Beyond Eden event (covered) at the LA Municipal Art Gallery. We already showed you a focused look at Mear One’s work, but now we have a closer review of Megg’s Paving Paradise, which centered on the recurring theme of duality in his work.

Stepping away from comic book characters and skull imagery, the Australian-born artist’s new paintings reference the duality of human relationships with the natural environment against the their interaction with the man-made, constructed environment. In this manner, he juxtaposes idyllic tropical beach imagery against the signage of the urban environment or nature’s creations against man-made objects. Using a limited color palette, this contrast is accented through complementary tones such as sky blue and orange as well as expressive brush or spray paint. Also, using the eternal Yin and Yang symbol as the base composition, the two halves in these pieces make up a whole image of our reality.

Along with these, Meggs presented a new series of collage-based works, created out of salvaged wood and industrial waste. Living in bustling LA as well as recent trips to Hawaii, where the clash of nature and man-made environment is very noticeable, probably inspired a lot of this new work. The idea of industry and development approaching a point of no return is most obvious in his sculptural installation utilizing traffic cones, as symbol of construction, in various stages of disintegration and mixed with natural elements. The idea of Paving Paradise is to help spread this consciousness for the greater good of the planet and society by juxtaposing what we found against what we’re leaving behind. 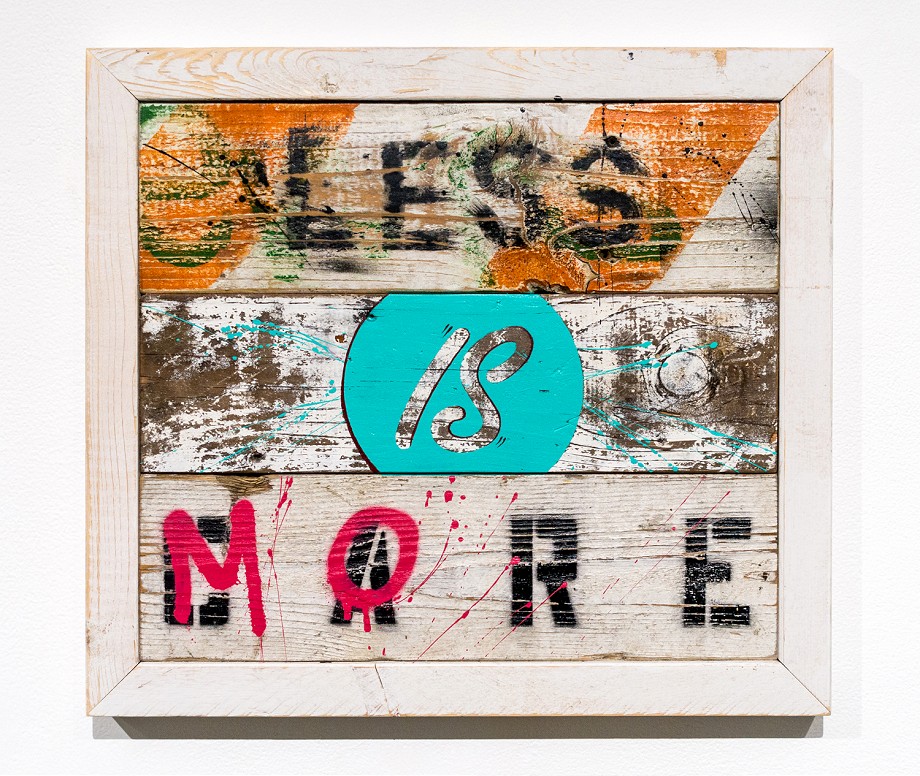 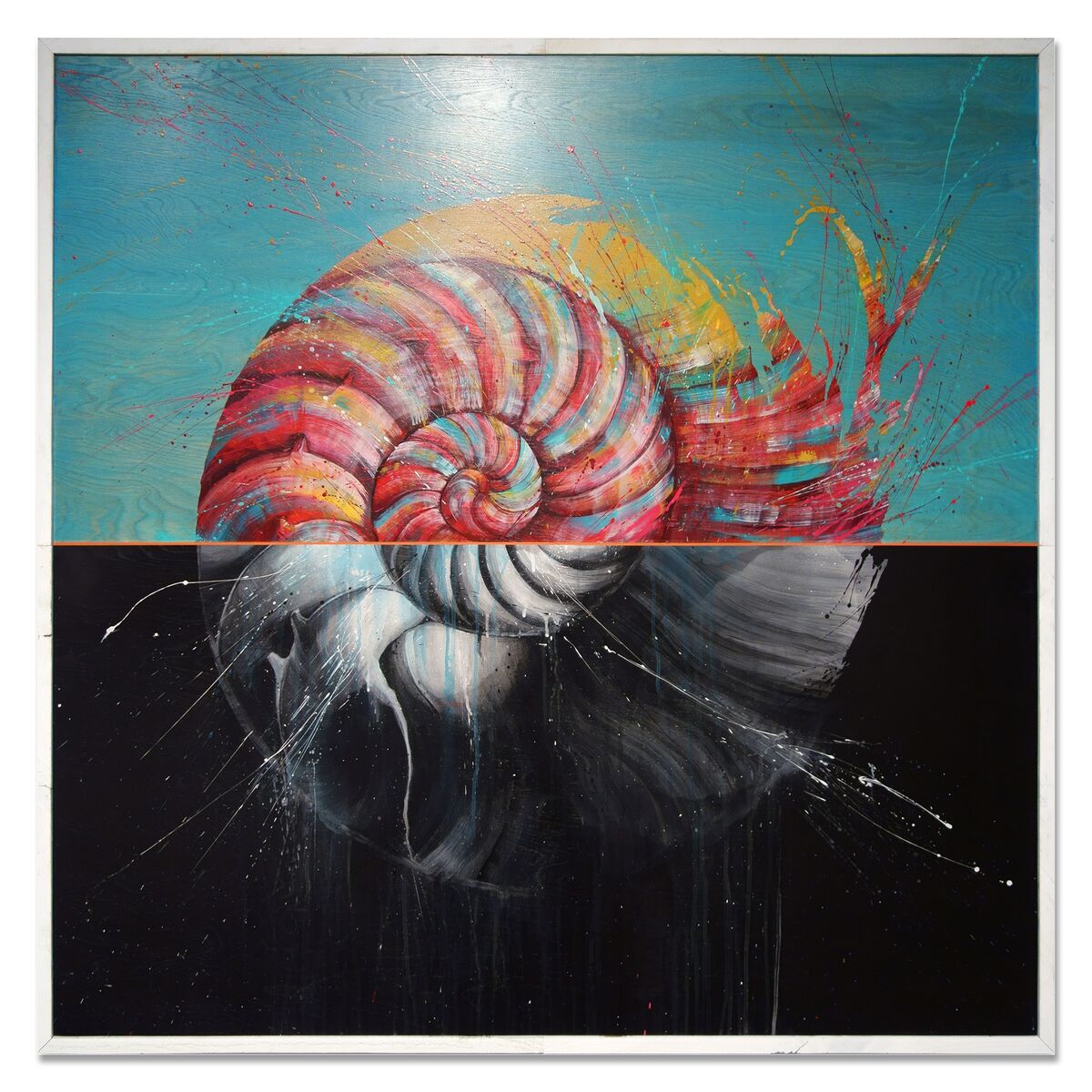 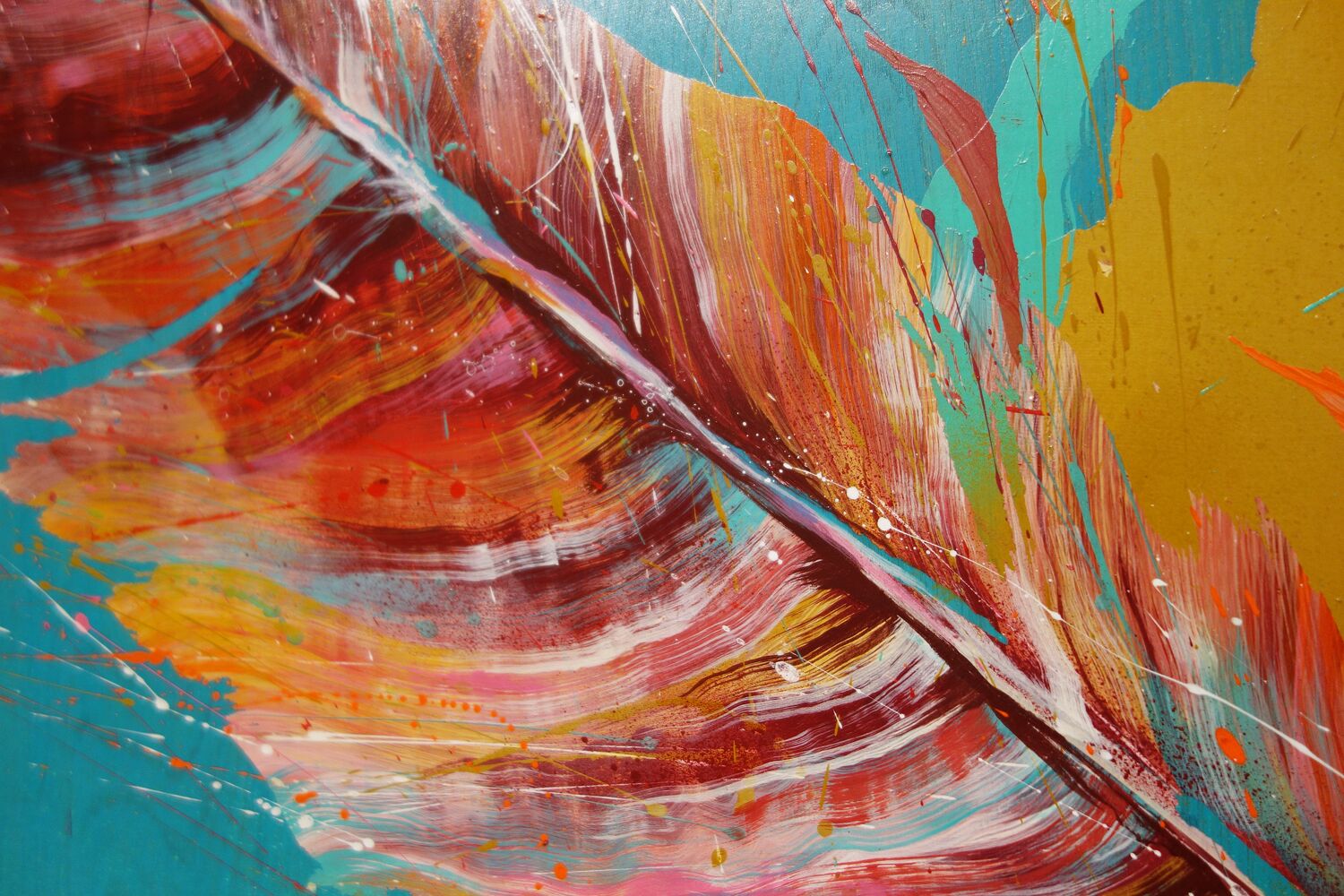 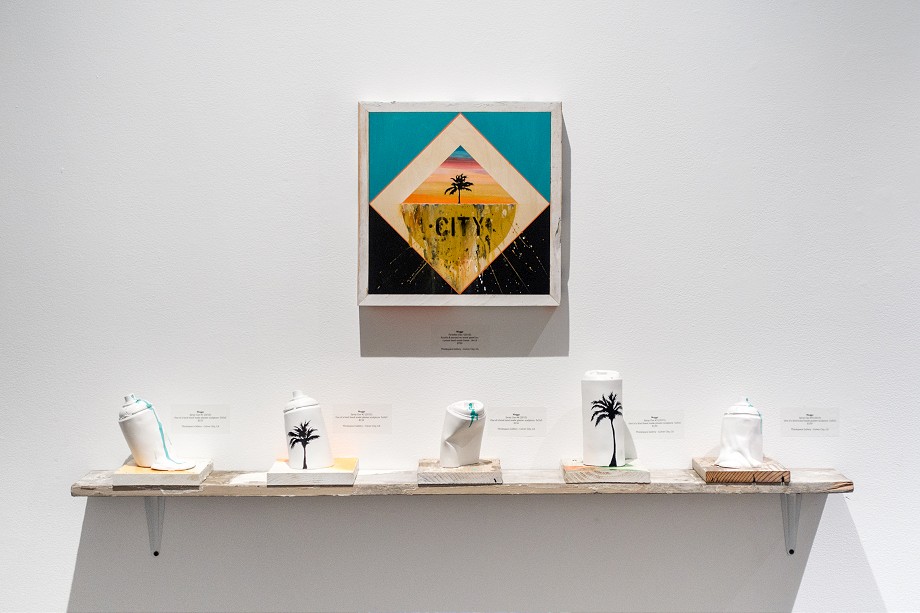 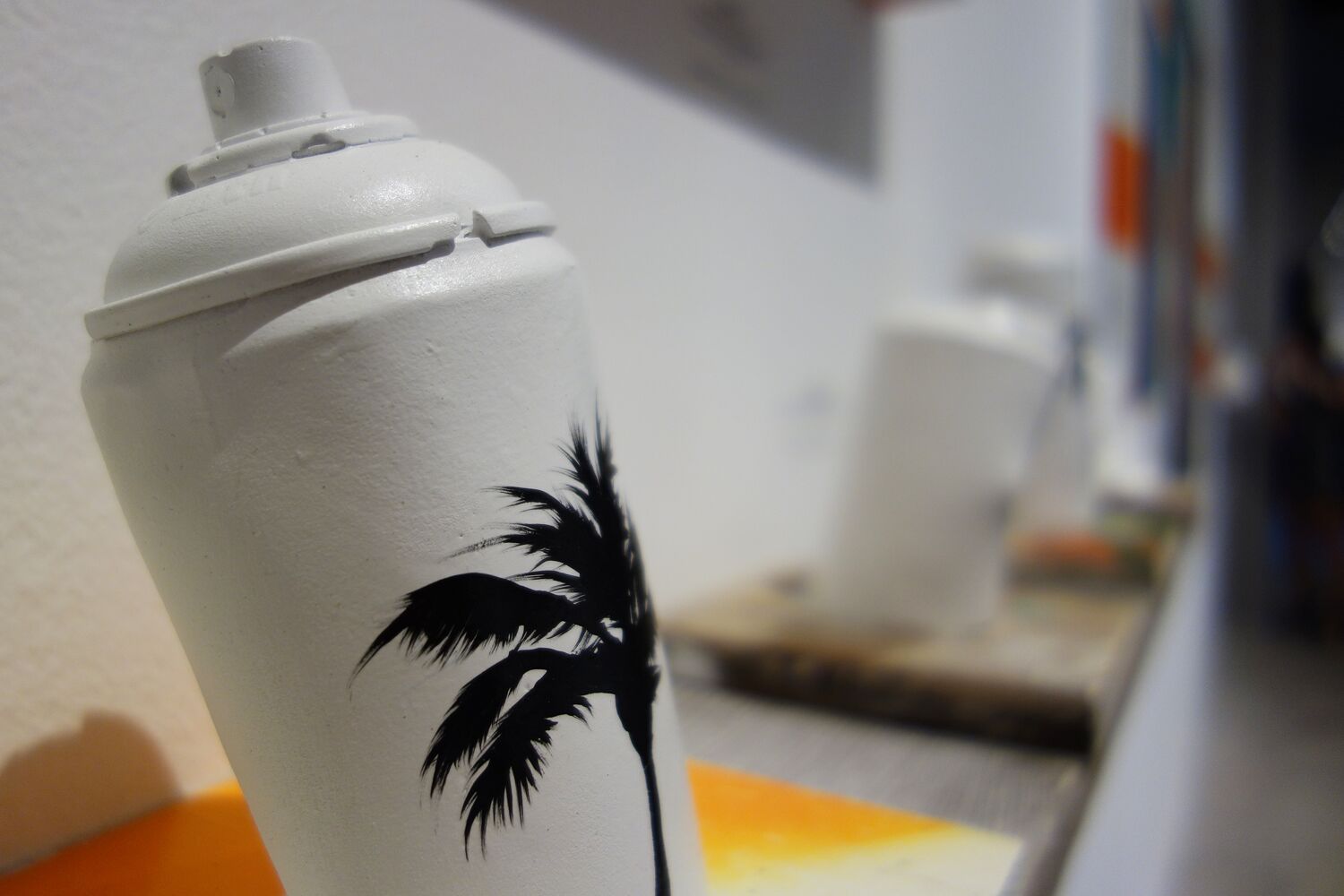 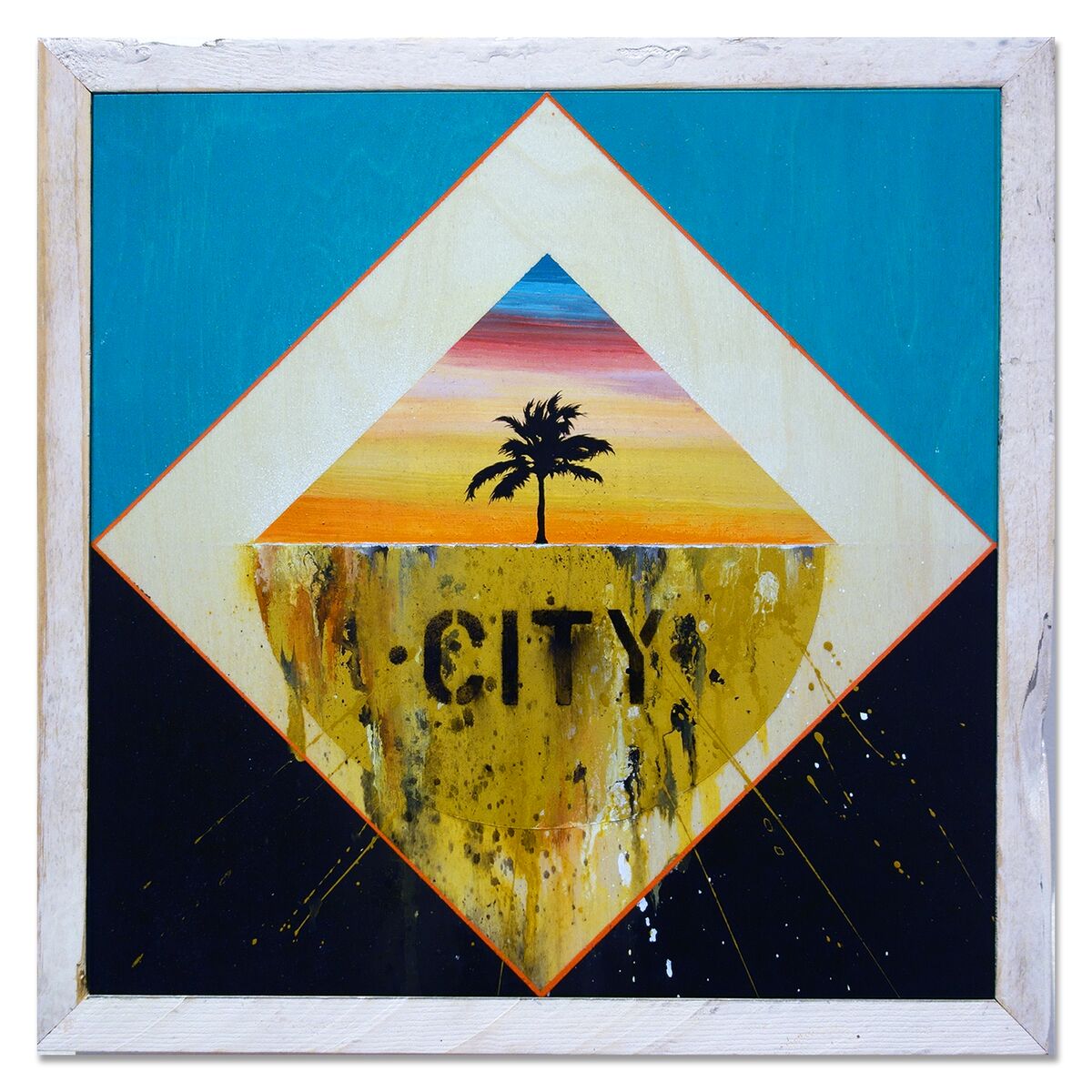 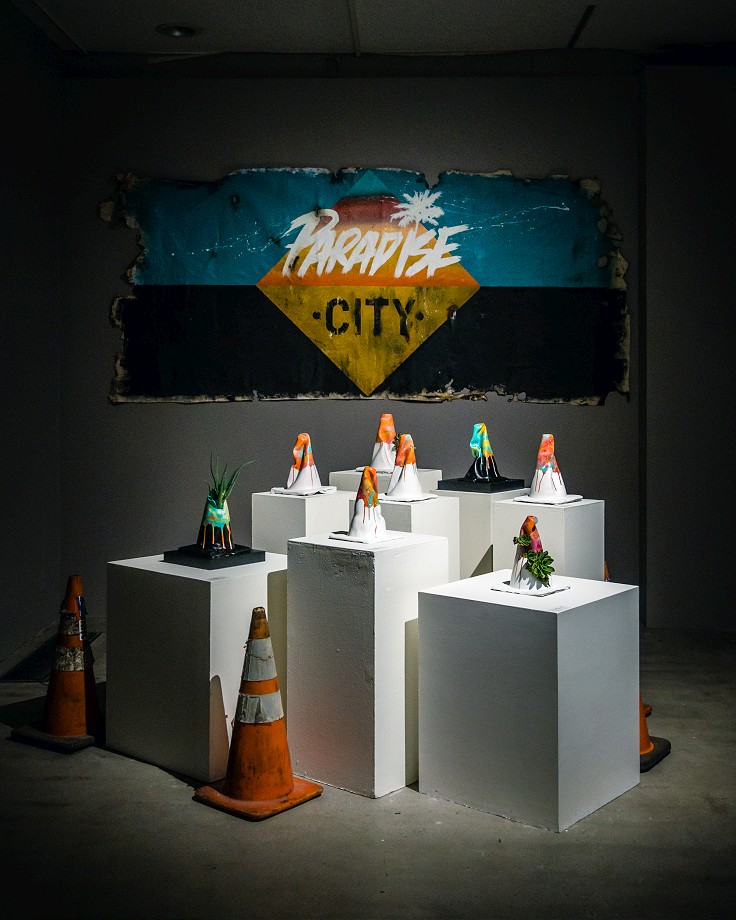 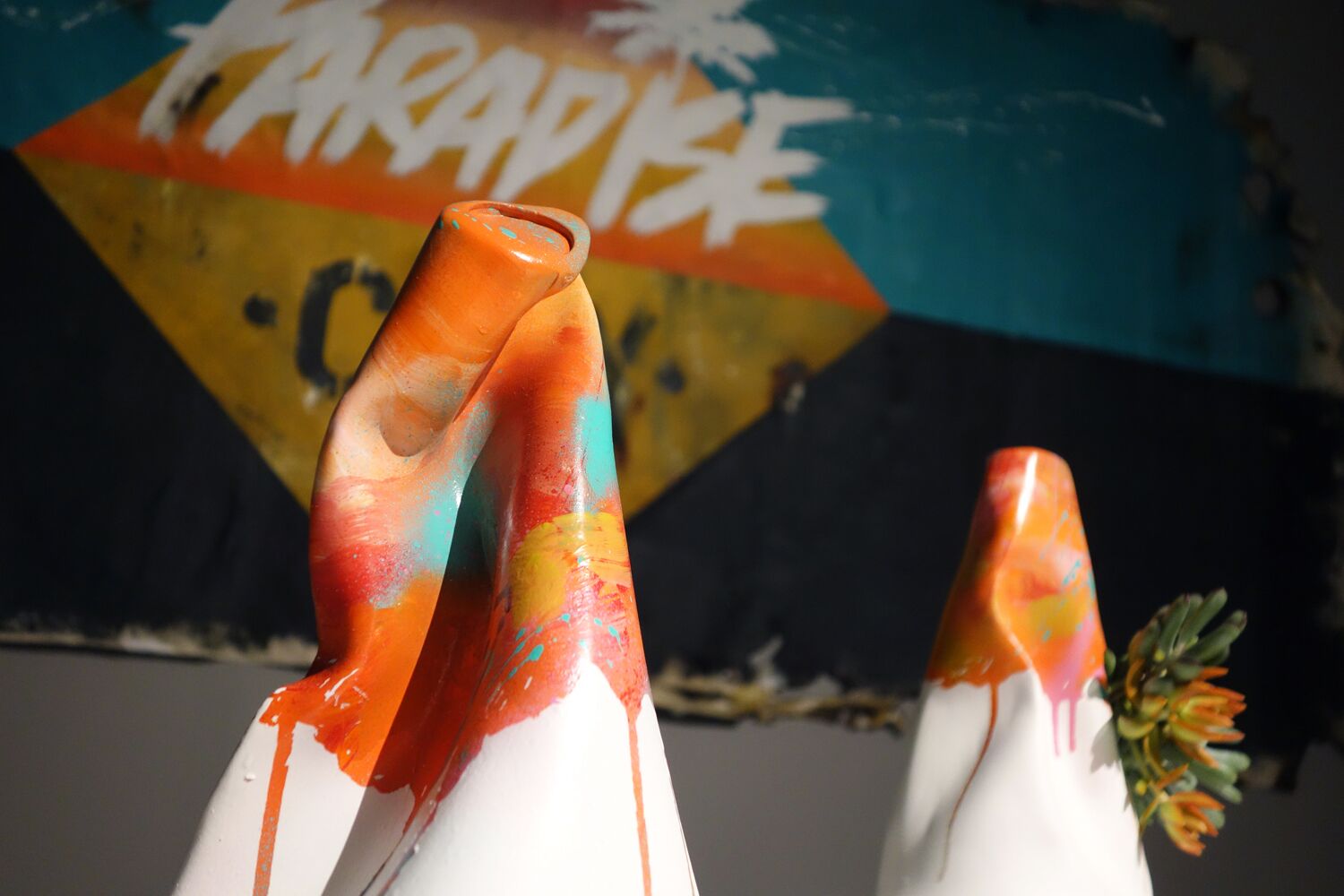