The hardworking people from the PangeaSeed project are continuing their praiseworthy efforts with another successful edition of their Sea Walls: Murals for Ocean events. After an event in Mexico back in August (covered), they recently finished out their San Diego edition. For this leg of the project, they’ve collaborated with eight international artists and painted murals in the East Village district of San Diego, California.

As always, the idea behind this project is “to help bring the beauty and the plight of the world’s oceans into streets around the globe via art and activism.” With many artists sharing the same ideas and values as PangeaSeed, these events result in some stunning works that glorify the beauty of our oceans and warn about issues related to their pollution and conservation of its teeming life. Along with murals, the organization coordinated “community-based educational efforts that focus attention on major environmental issues the oceans are currently facing and promote the importance of long-term sustainability of natural resources.”

The most recent iteration included a new striking mural by British artist Phlegm, a new double sided mural by Chinese artist DalEast, Australian Fintan Magee created one of his signature figurative based images with a focus on the subject of the event, as well as  EXIST1981  or Zio Ziegler, or Tatiana Suarez x Nosego x Persue, who collaborated on their elaborate piece. 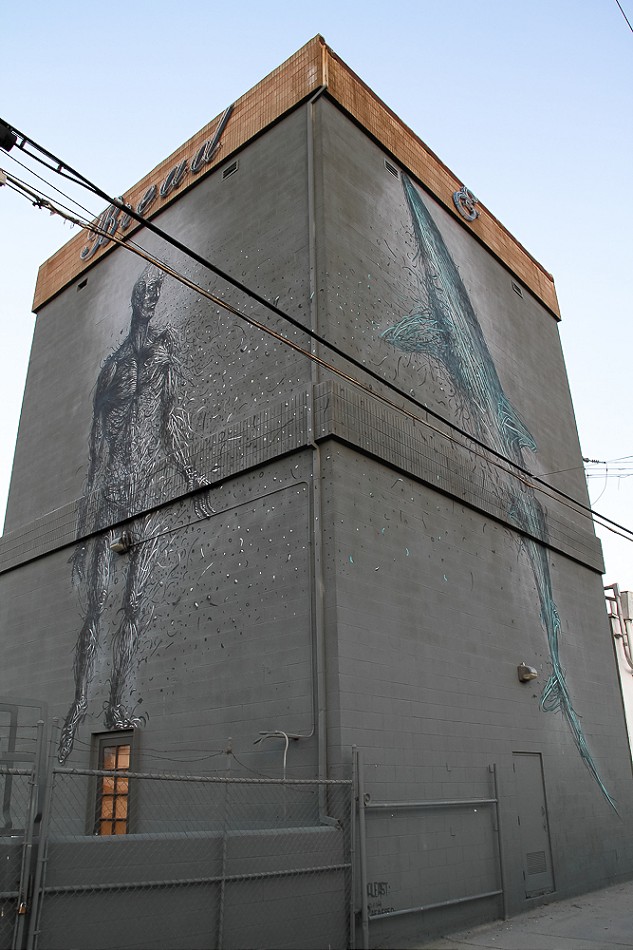 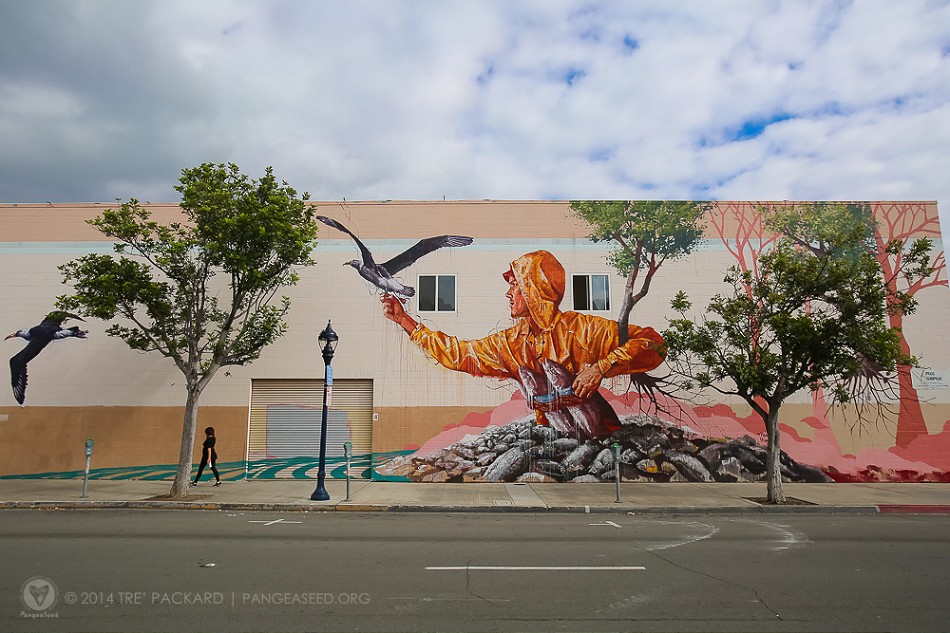 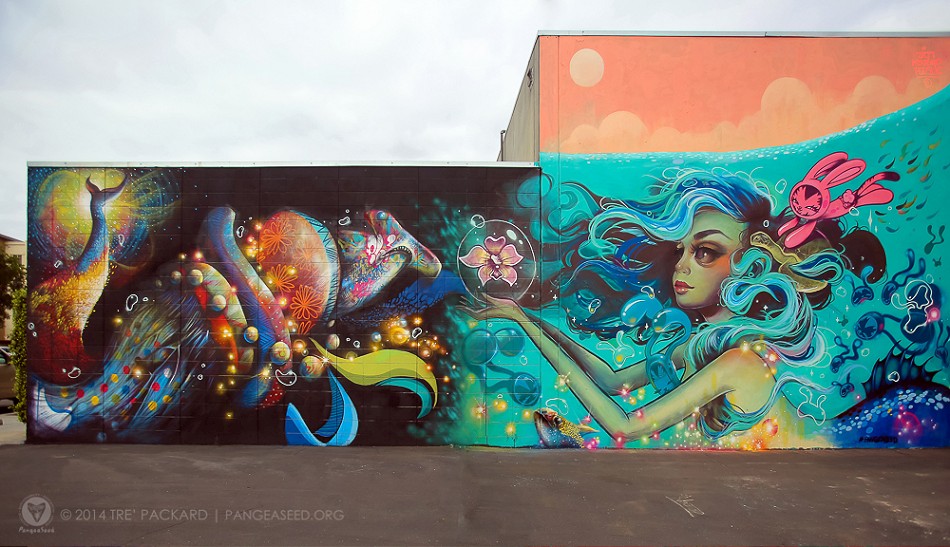 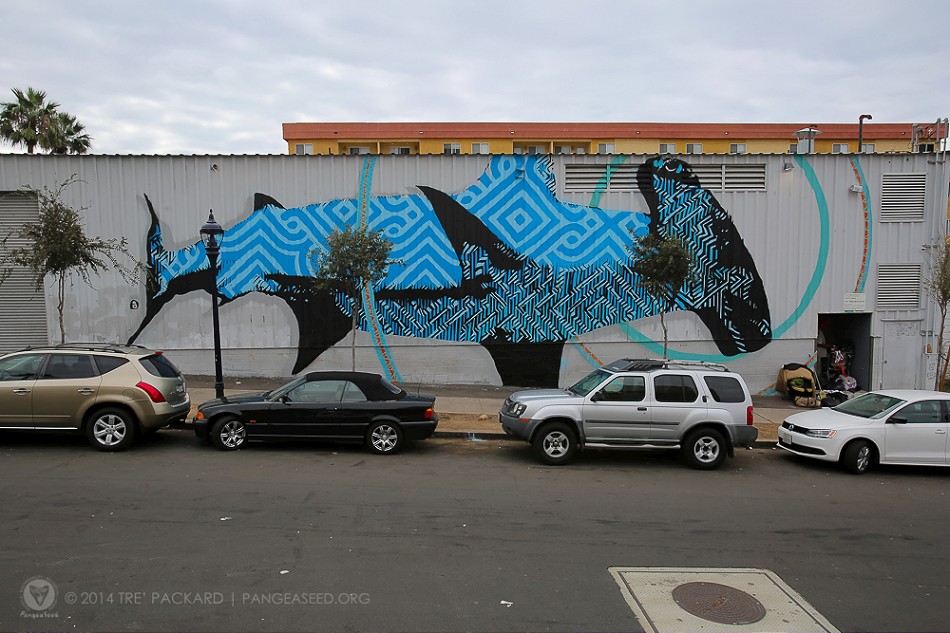 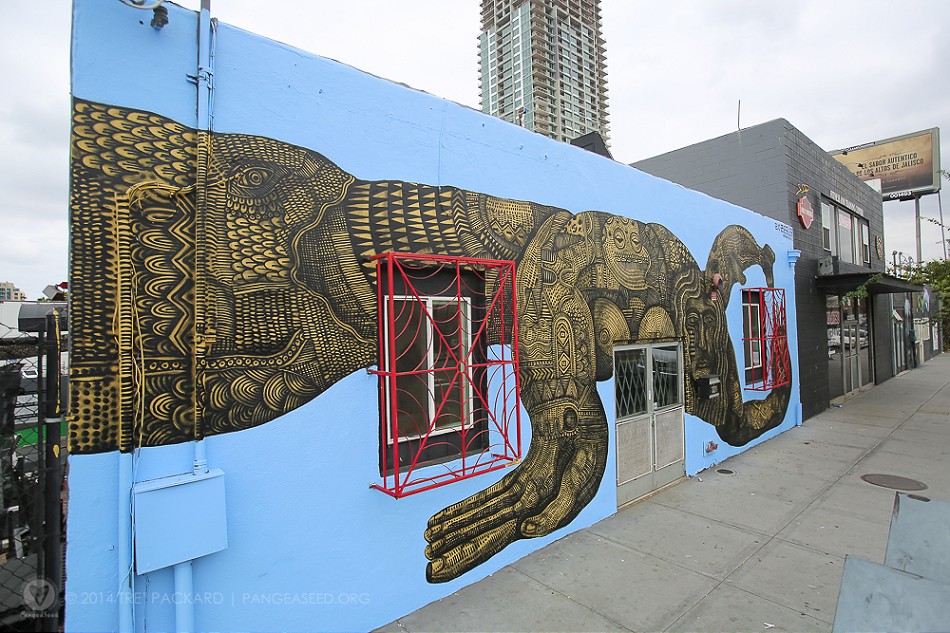