Tomorrow night (November 19th) in New York, the Hoerle-Guggenheim Gallery will be presenting new works from David Welker that have been a year in the making. Entitled Subconscious Narrative, the new exhibition from the locally-based artist will feature wide surrealistic landscapes, battle scenes in the subconscious as well other as inventive and imaginative scenarios. He talks about this and more in an interview we recently conducted with him. Enjoy the Q&A’s as well as more preview images from the show below… 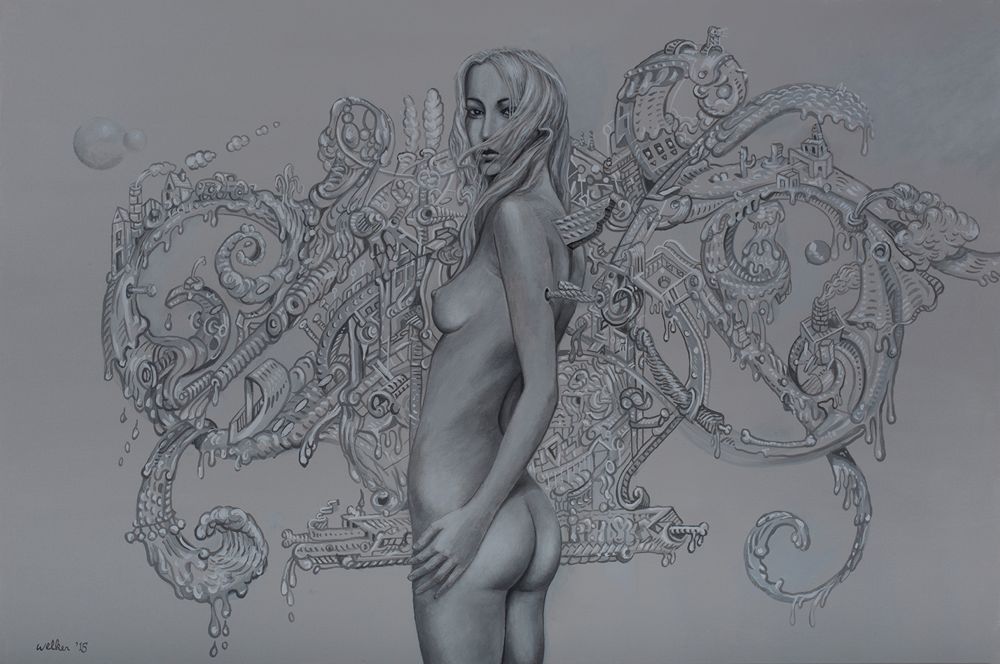 Arrested Motion (AM): Tell us a little about your background and your art.

David Welker (DW): I grew up in New York City Suburbia in the 70’s drawing pictures of how I imagined city life to be. I studied art at Syracuse University and moved to downtown Manhattan in my early professional years. I’m fascinated with 20th Century Surrealism, Underground Comix, tattoos, poster art, graffiti and sign painting. I’ve tried to develop a personal visual language that treads a line somewhere between representational art and abstraction. 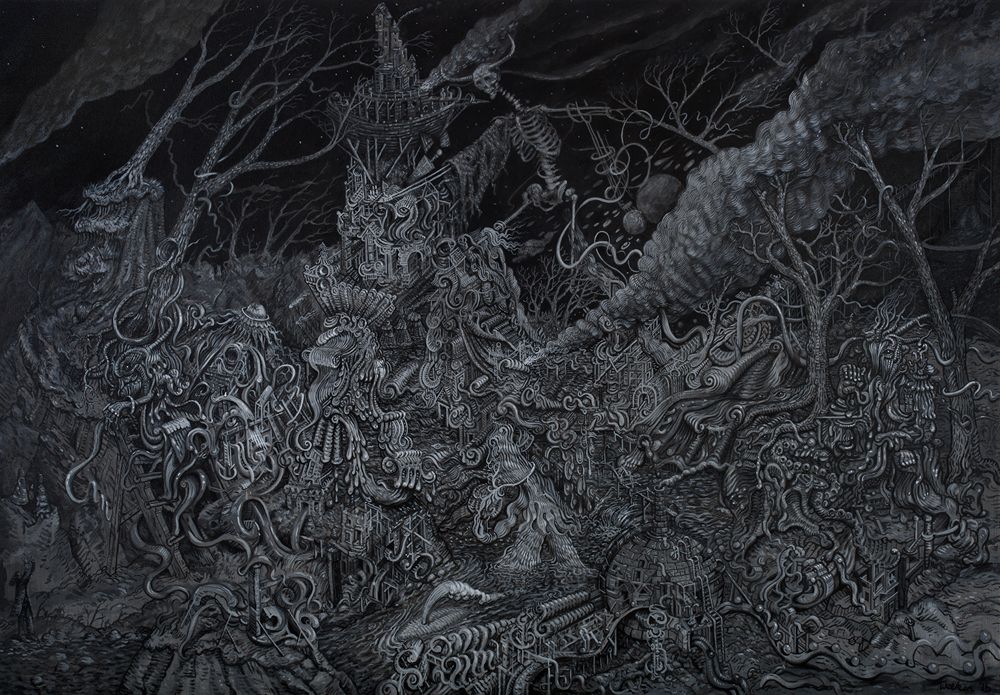 AM: You have had a great deal of success in the gig poster scene but have been transitioning to the gallery world as of late. What are your reasons behind this move and how do you approach the two worlds differently when creating art?

DW: I think it’s a natural progression to move to the gallery world at this stage of my career. There’s already a lot of freedom of expression in the gig poster realm so it was only a matter of pushing a little farther into that personal, internal language for this show. 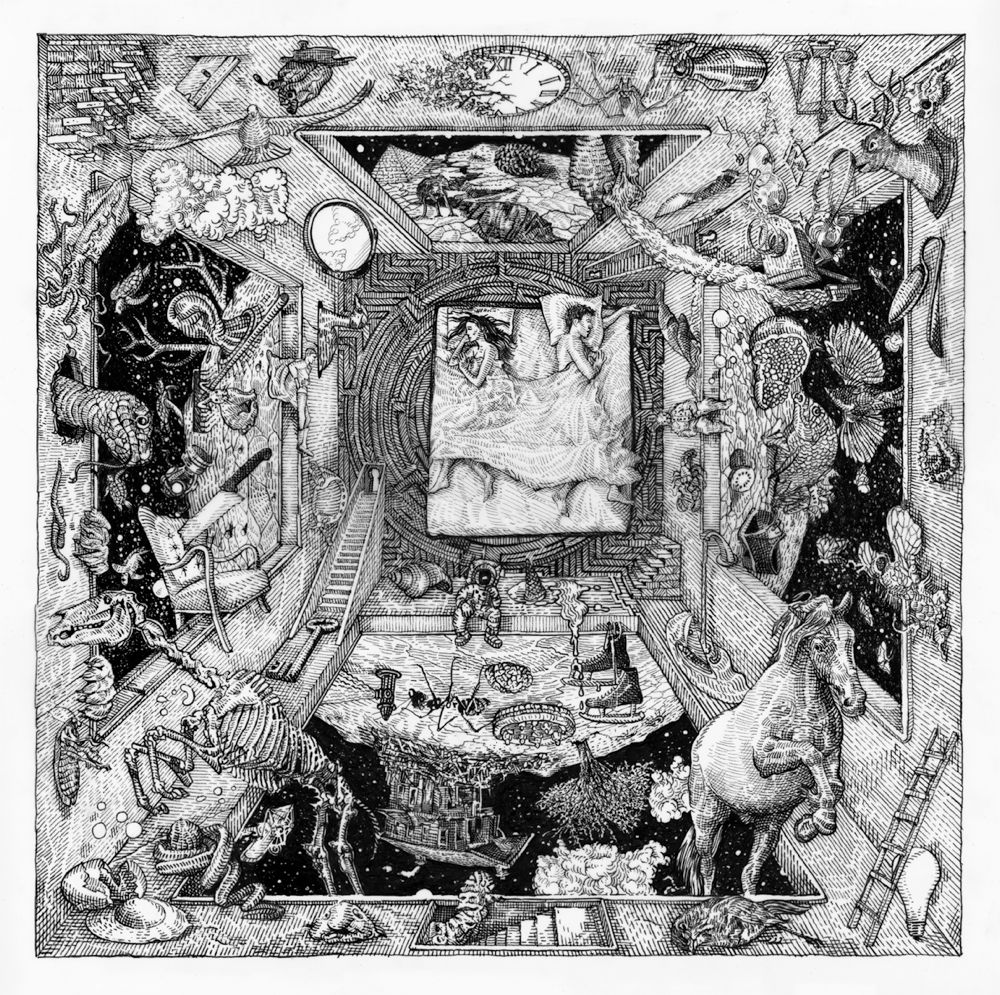 AM: How long have you been working on this new show and what can you tell us about the themes and artistic vision for Subconscious Narratives?

DW: The new paintings for this show developed over the course of the last year. I see the series as these sort of subconscious battle scenes that reflect turmoil, conflict, urgency and potential doom. The battle scene pieces are woven together by what I’m calling “witnesses.” The witnesses are these female characters either standing apart from or emerging from the subconscious battlefields. The female forms are meant to give a sense of reassurance to the viewer. In both themes I’m trying to suggest literal or pictorial imagery without always fully defining it, so the narrative itself is open to interpretation. 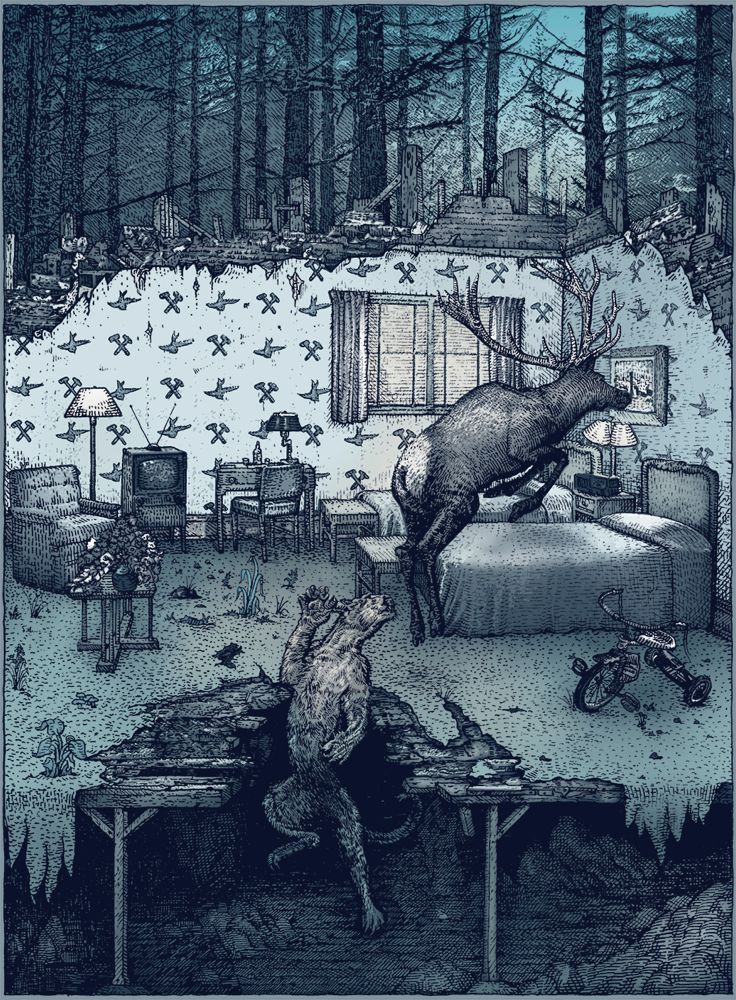 AM: You mentioned before about how poster art is sometimes considered too low brow for even the low brow galleries although there have been some successes – Aaron Horkey comes to mind. When you sit down and look at some of the imagery of the artists from both worlds though, you can see similarities. Can you expand a little about why this may be and have you encountered some difficulties getting into the gallery scene because of where your career path has taken you so far.

DW: I think there is a beautiful and daring line between art markets where people like Aaron Horkey and many other great “lowbrow” artists are slowly forging a new identity for modern art.

AM: We would be interested in hearing about your artistic process. Is there anything digital involved? 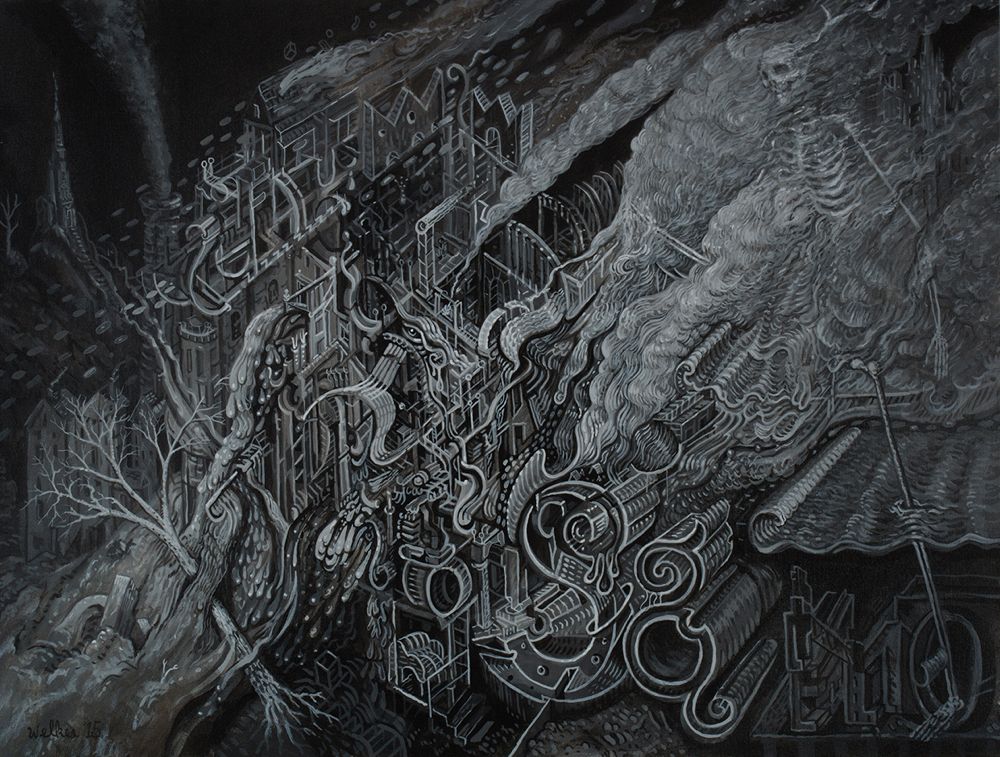 AM: Any future shows or projects that you can share with our readers?

DW: I have a two man show this coming March with Brin Levinson at Galerie F in Chicago. Thanks Arrested Motion!