The Brandalism project started in 2012 in London when two friends, sick of the visual pollution of their city, spent five days reclaiming 36 billboards in five cities in the UK. Two years later, we saw reclamation of over 360 corporate advertising spaces with hand made original art works submitted by 40 international artists. This year, on the 28th December, The United Nations 21st ‘Conference of Parties’ aka Cop21 was the perfect backdrop for their biggest project to date. 600 posters were installed in outdoor media spaces across Paris with works of 82 artists from 19 different countries.

This massive intervention includes works addressing the links between advertising, consumerism, fossil fuel dependency and climate change. All unauthorized and unsigned, the works are not self-promotional for the participating artists, but a rebellion against the visual assault of media giants and advertising moguls. Also, they are the voice of people who demand politicians to take responsibility and care about using Earth’s resources. Taking inspiration from Agitprop, Situationist and Street Art movements, this guerrilla art project joins artists from around the world to challenge the authority and legitimacy of commercial images within public space and within our culture. In this manner, a group of trained volunteers took over the ad spaces owned by JC Decaux and replaced them with works by participants like Paul Insect, Alex One, Know Hope, Escif, Cleon Peterson, Hyuro, Jimmy Cauty, Ron English and many more. 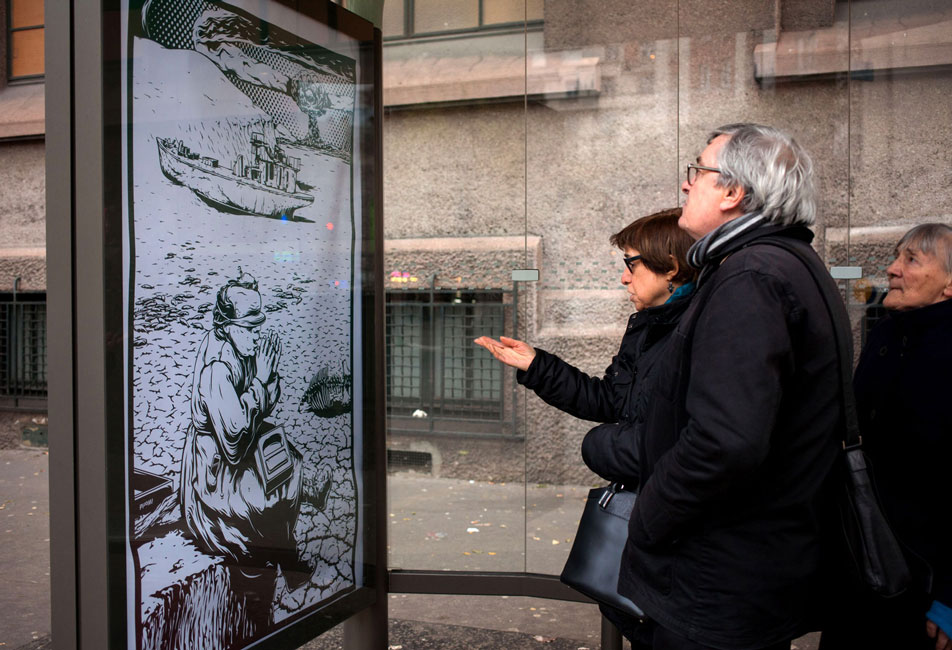 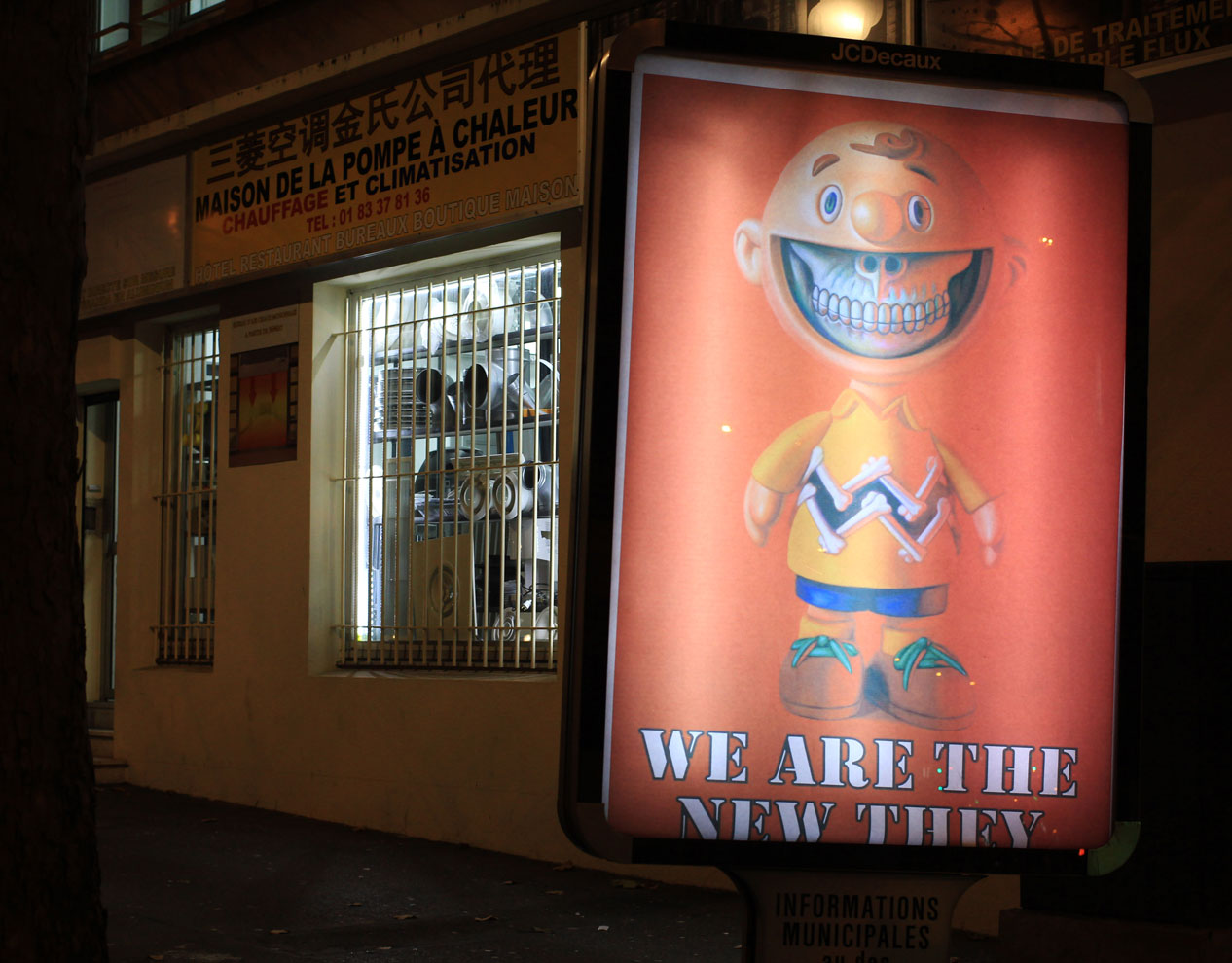 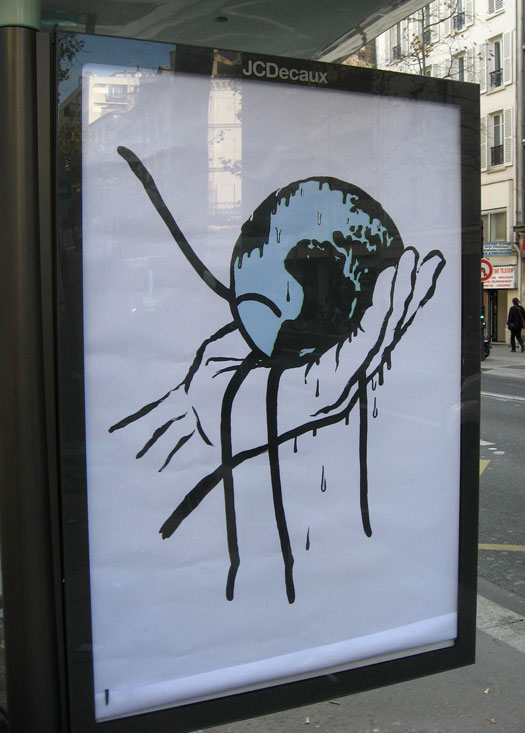 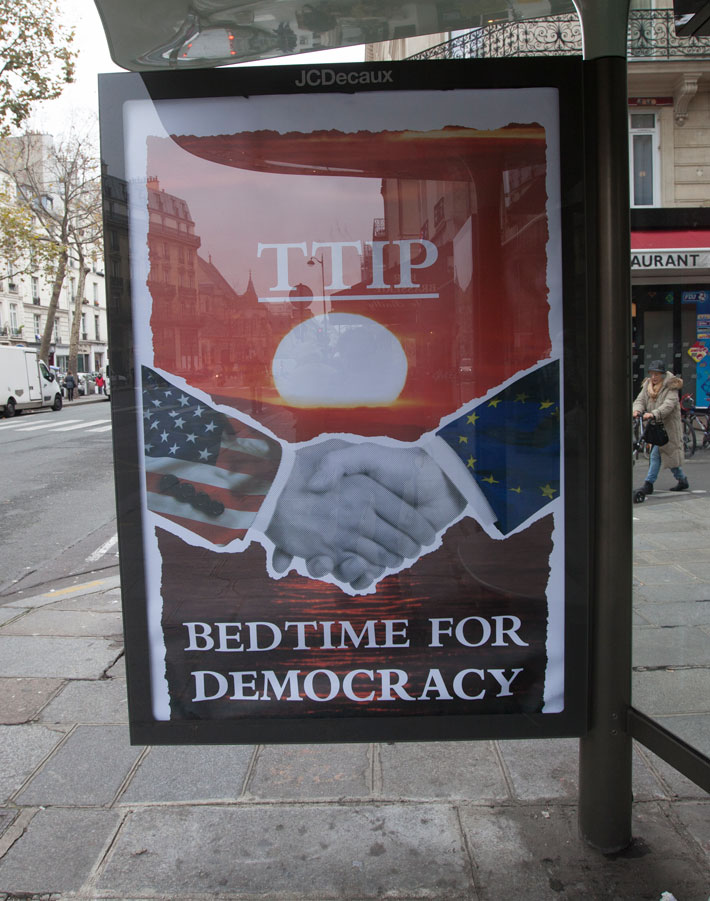 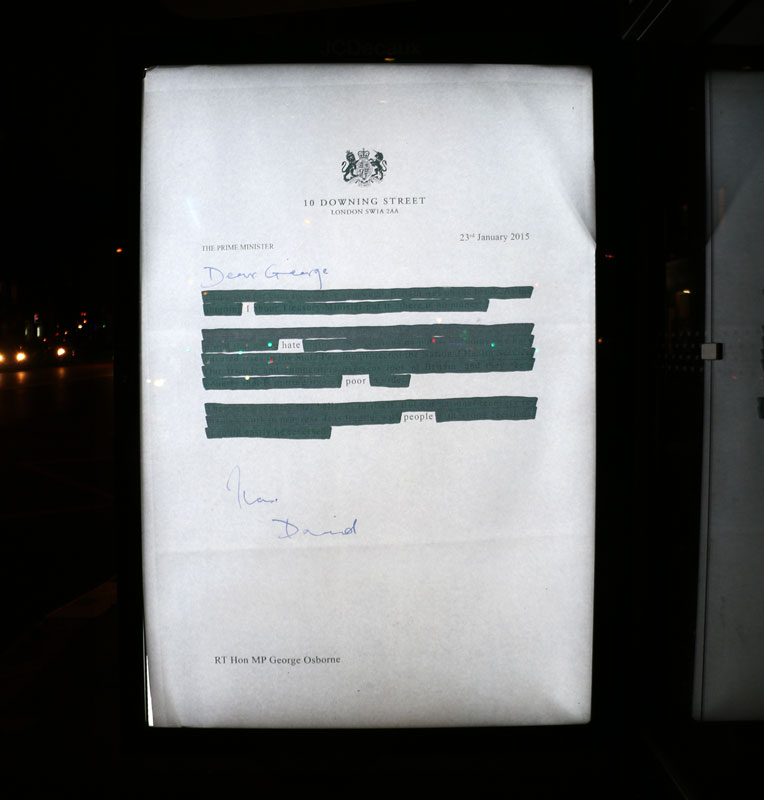 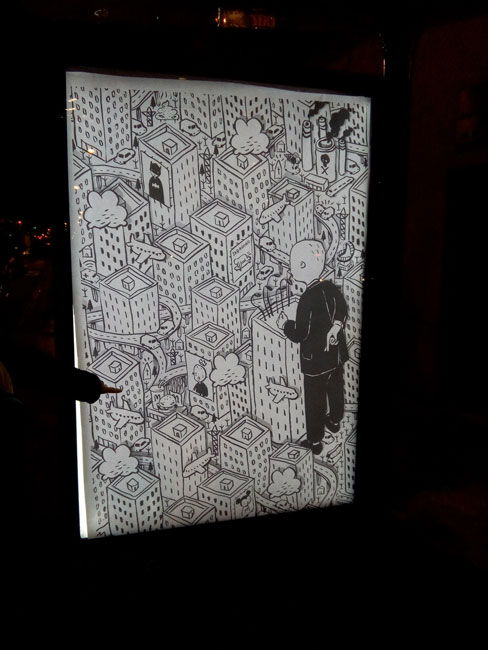 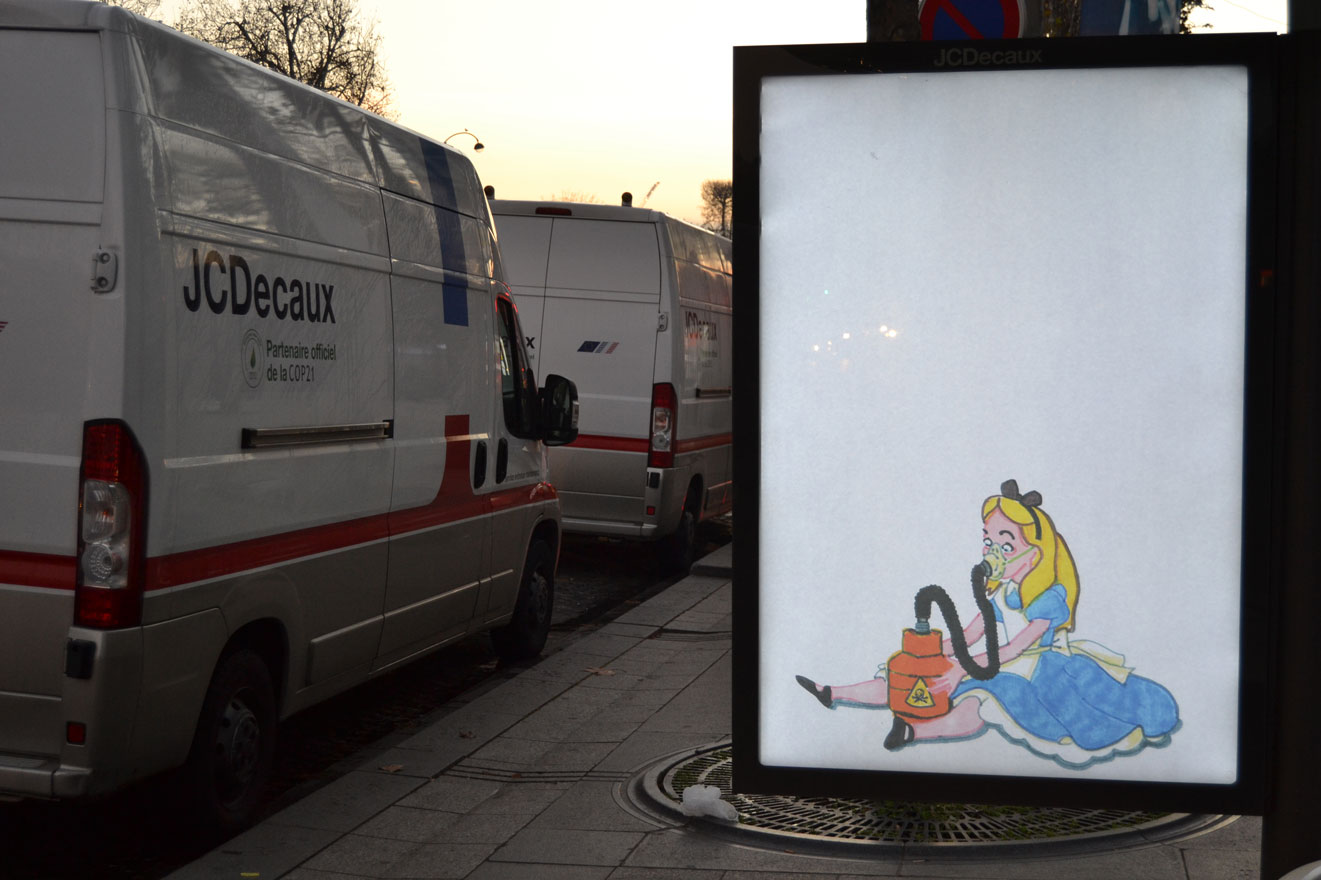 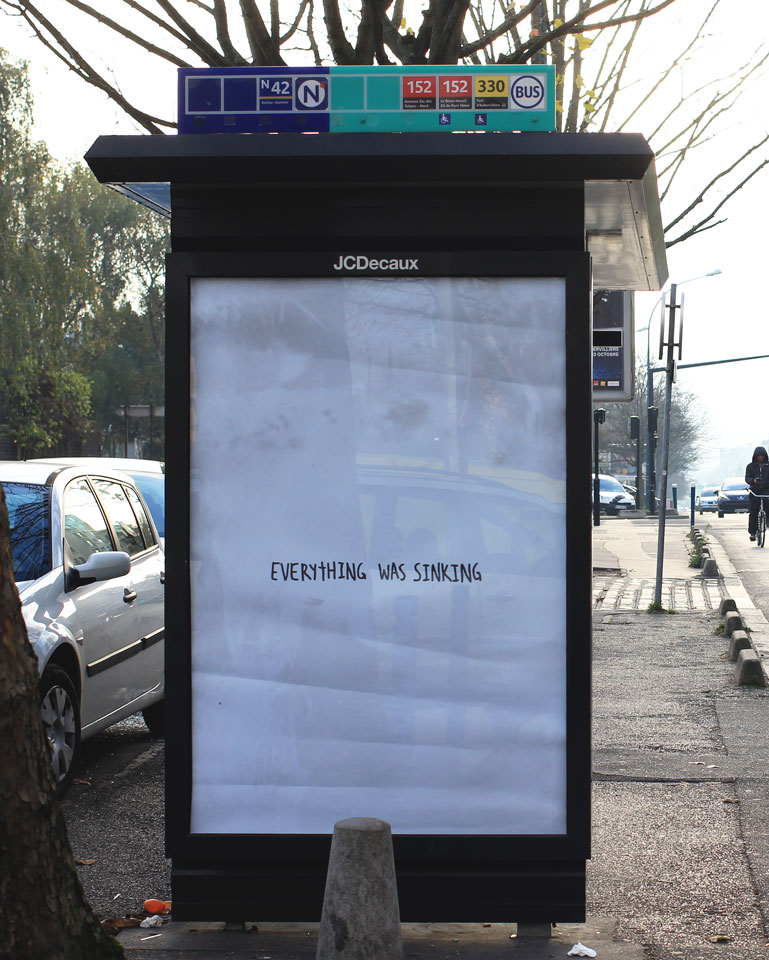