With Chinese New Year coming up on Monday, interTrend in Long Beach has teamed up with James Jean (interviewed) for an interactive installation to celebrate the occasion. The project centers around the red envelopes given out around the holidays by families for good luck. In this case, they have been secured to the front of the company’s building (228 E. Broadway), set to be revealed tomorrow morning to be gifted to the public. As the red packets are removed, the imagery of Jean will be slowly revealed in the windows behind from an earlier Psychic Temple project he worked on with the ad agency as well as a special piece he created for the Year of the Monkey. Along with special gifts hidden in some of the envelopes, one rare Psychic Temple print (edition of 50) from the artist, which was never released to the public, will be given away. 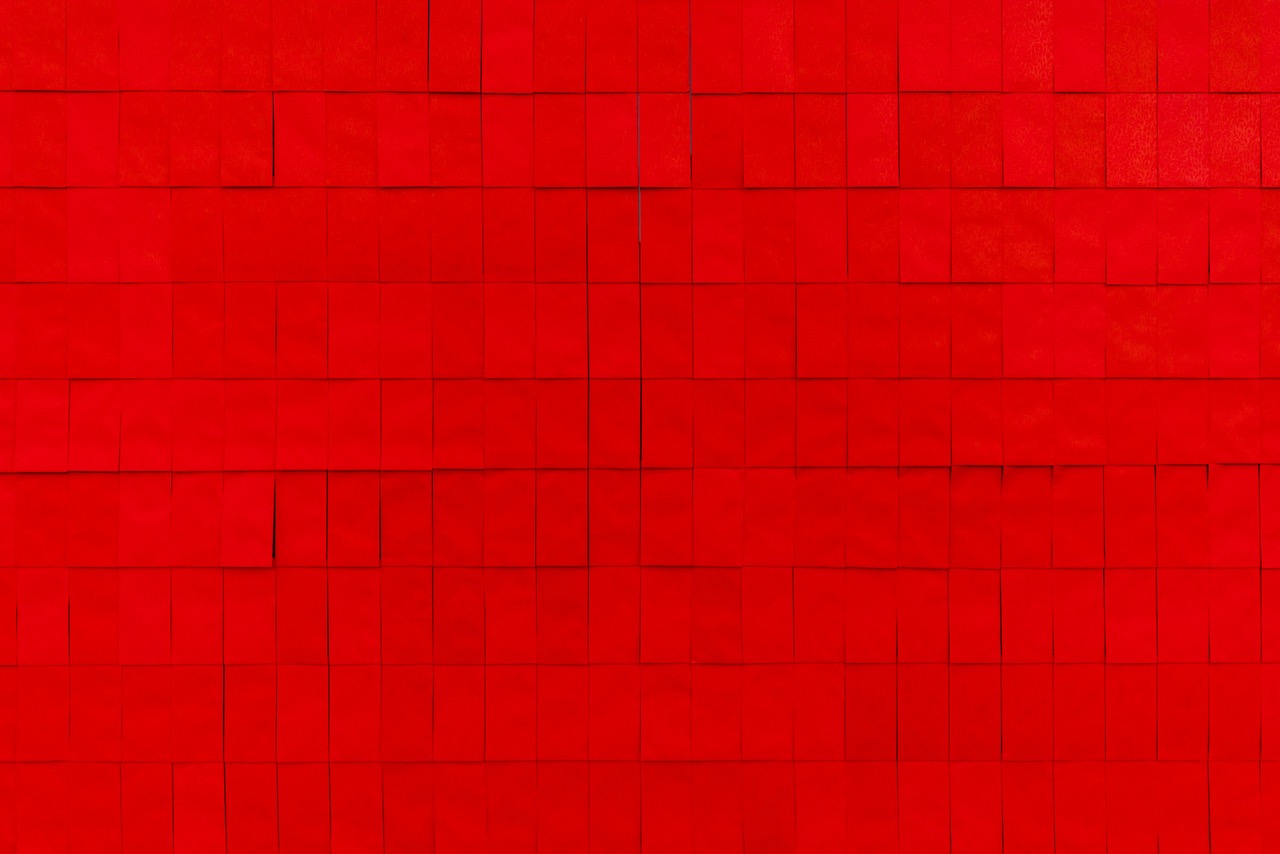 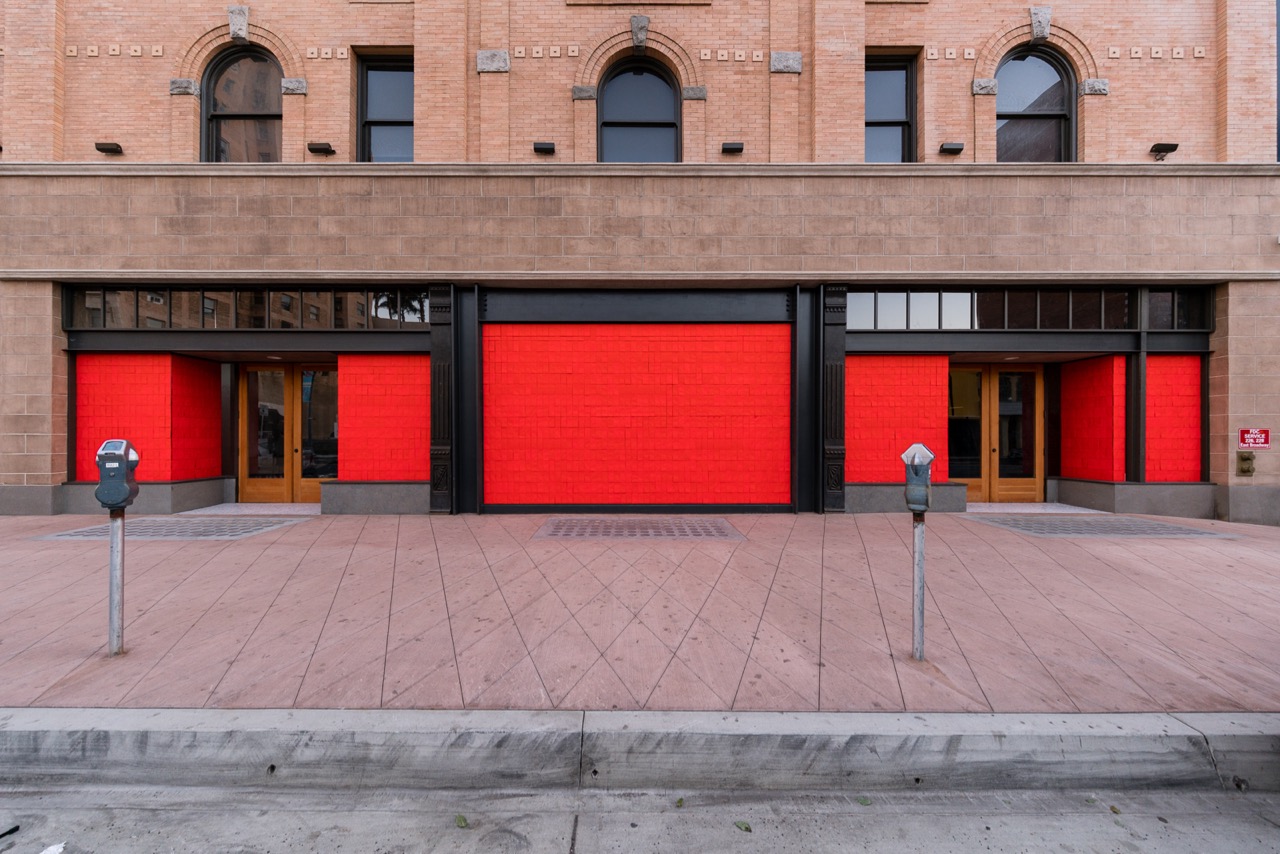 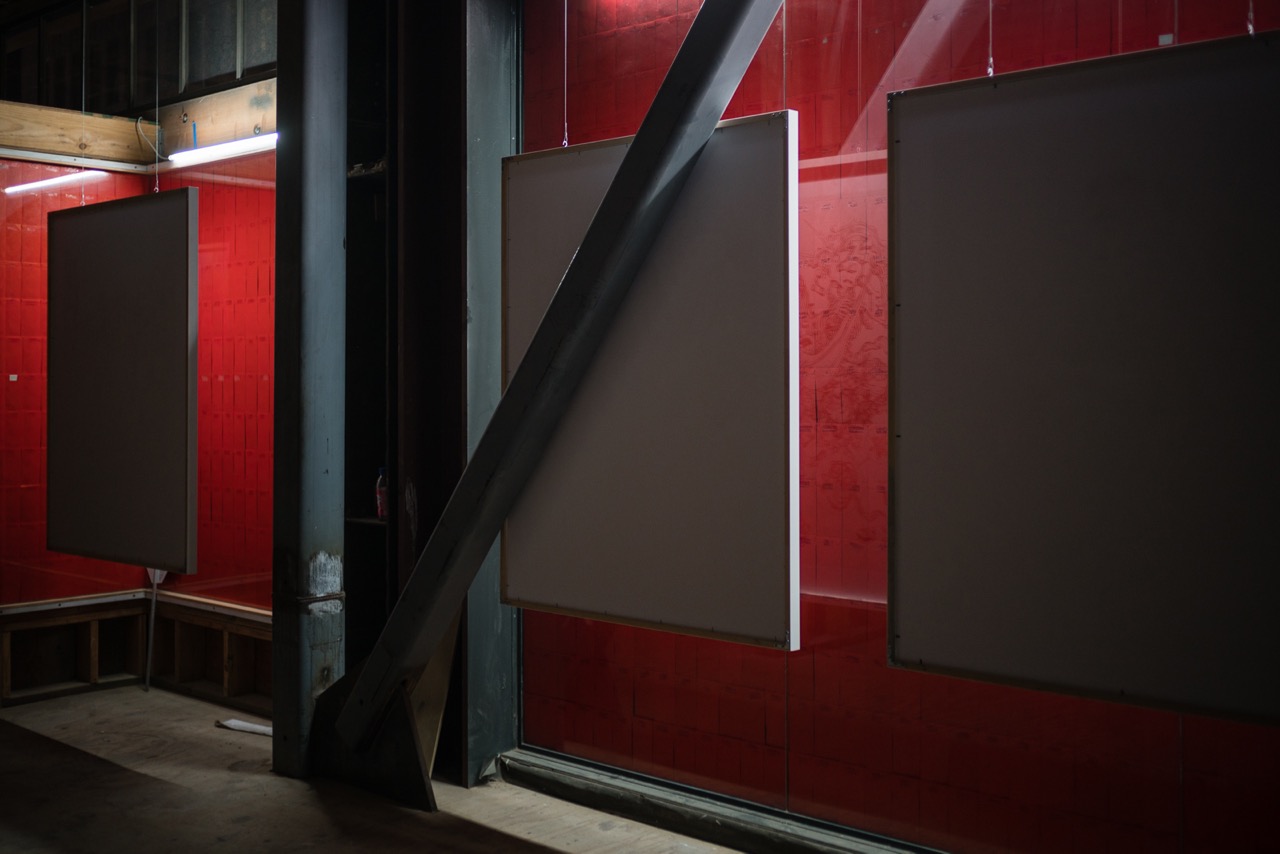 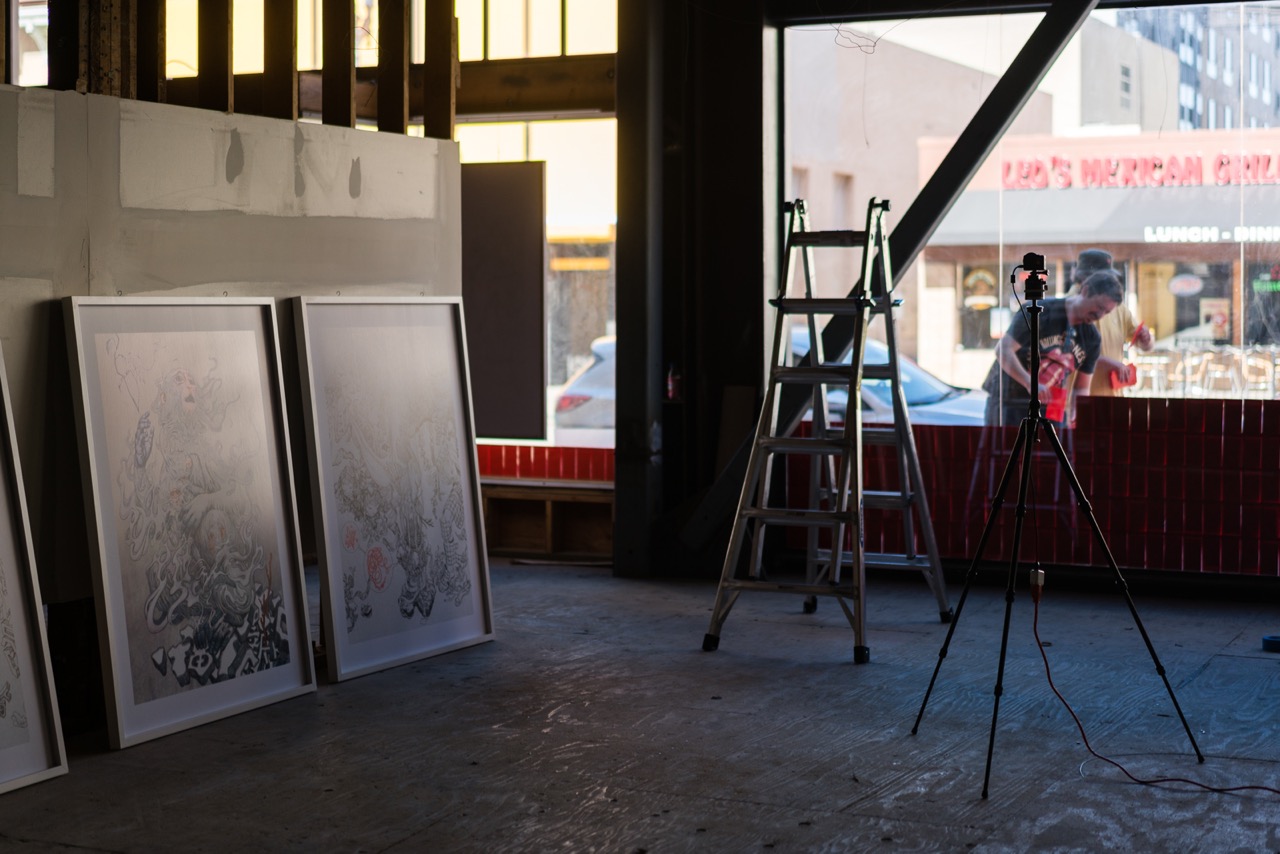