Continuing their ongoing series of sleeping giants murals, art duo Ella & Pitr recently finished a massive new piece in San Juan, Puerto Rico. Depicting a little baby peacefully sleeping with his mother by its side, the mural was created with the help of locals that volunteered to help the project.

Ella & Pitr were invited by Santurce Ley Festival to paint one of their famous giant works in the Caribbean. With this series, the French artists turn rooftops, parking lots, and other large areas into cramped sleeping spaces for their large characters. Battling the hot Caribbean sun, mosquitoes and mojitos, they painted little Juan, son of one of the volunteers, on the roof of San Juan Hospital. While in reality he is living with his father, the artists painted him sleeping next to his mom Cloudie, and dreaming of a better world with no borders – the world in which he wouldn’t be separated from his mother. 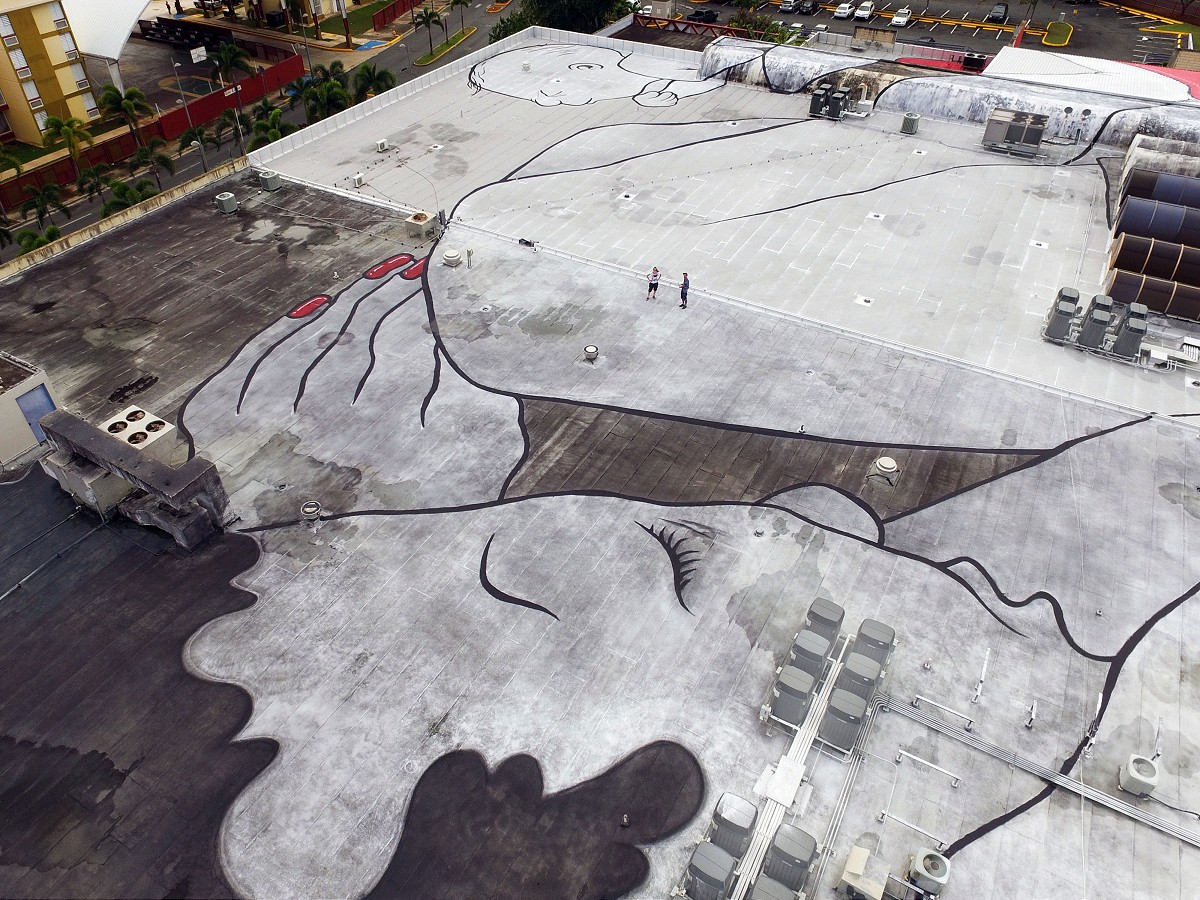 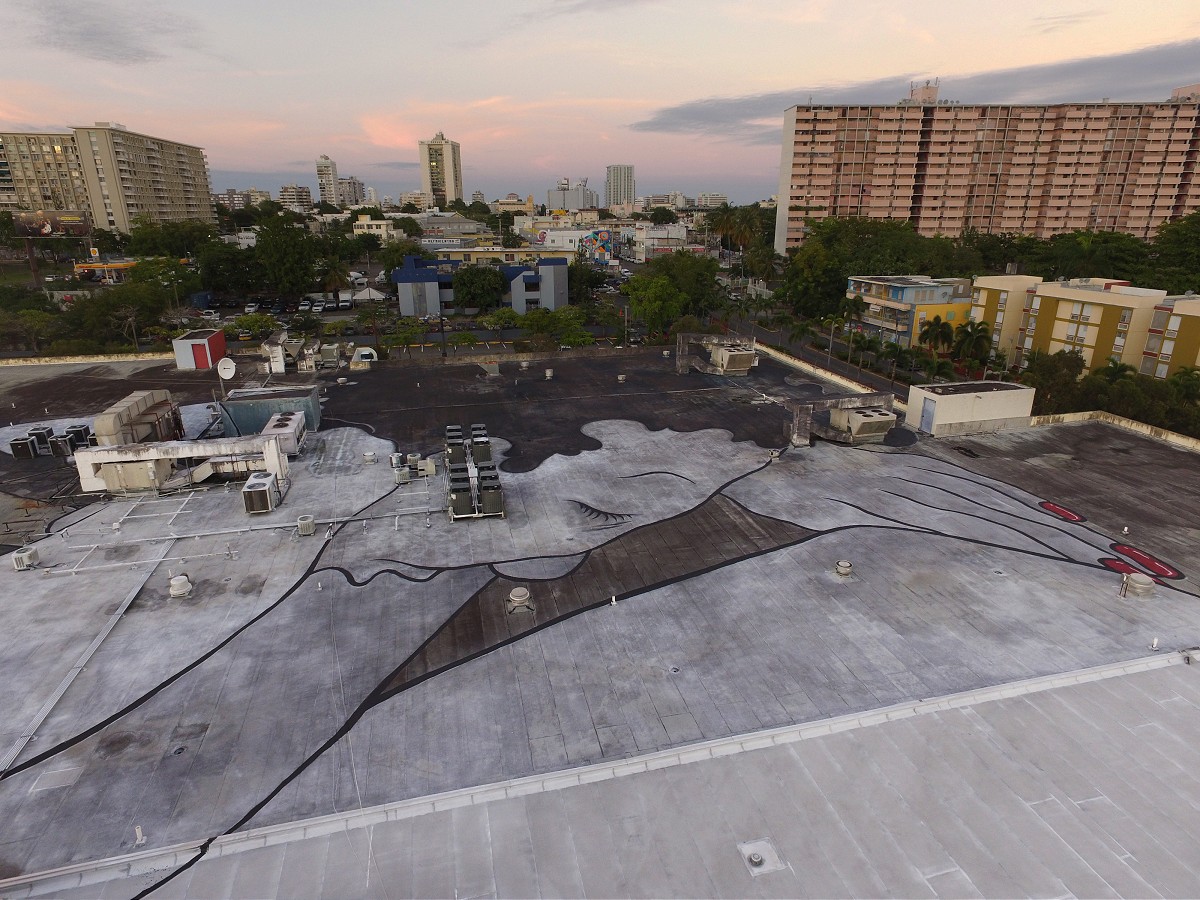 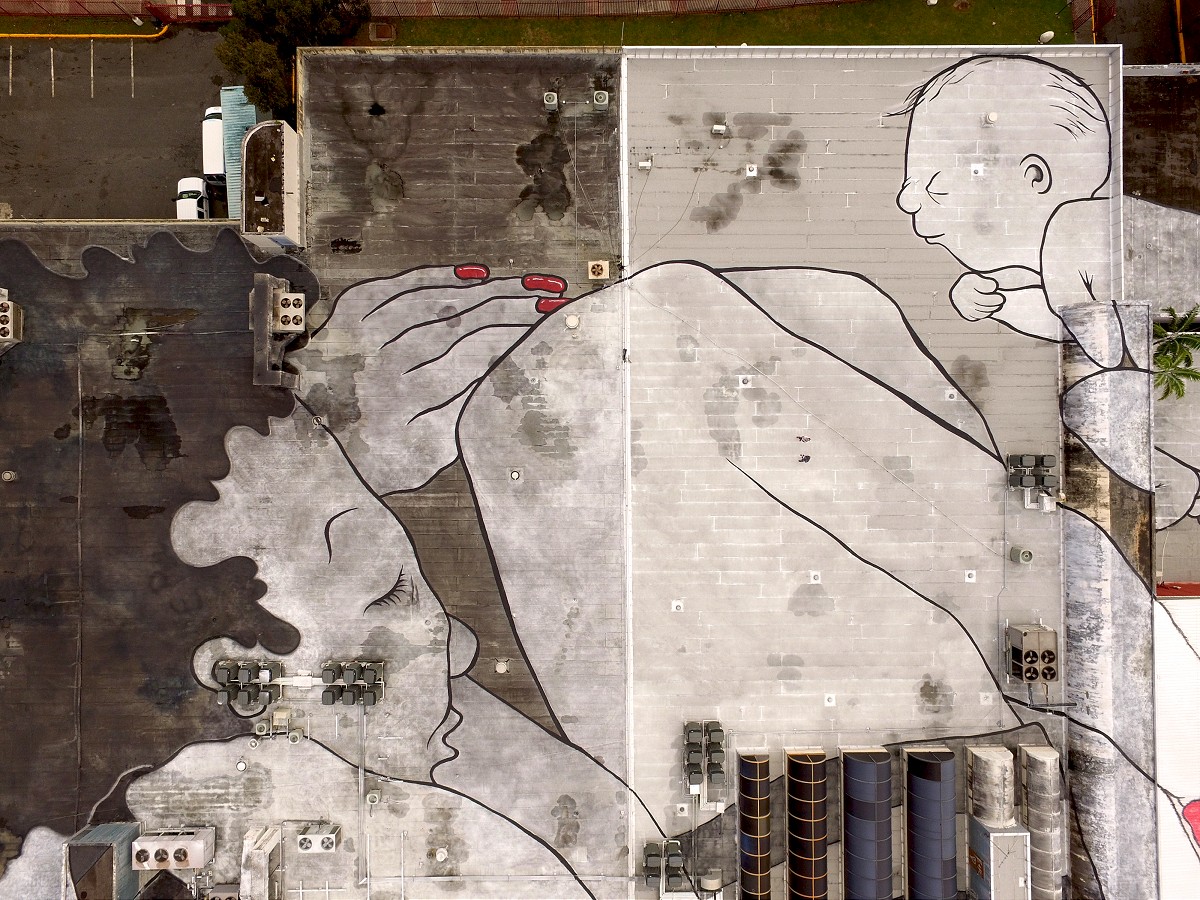 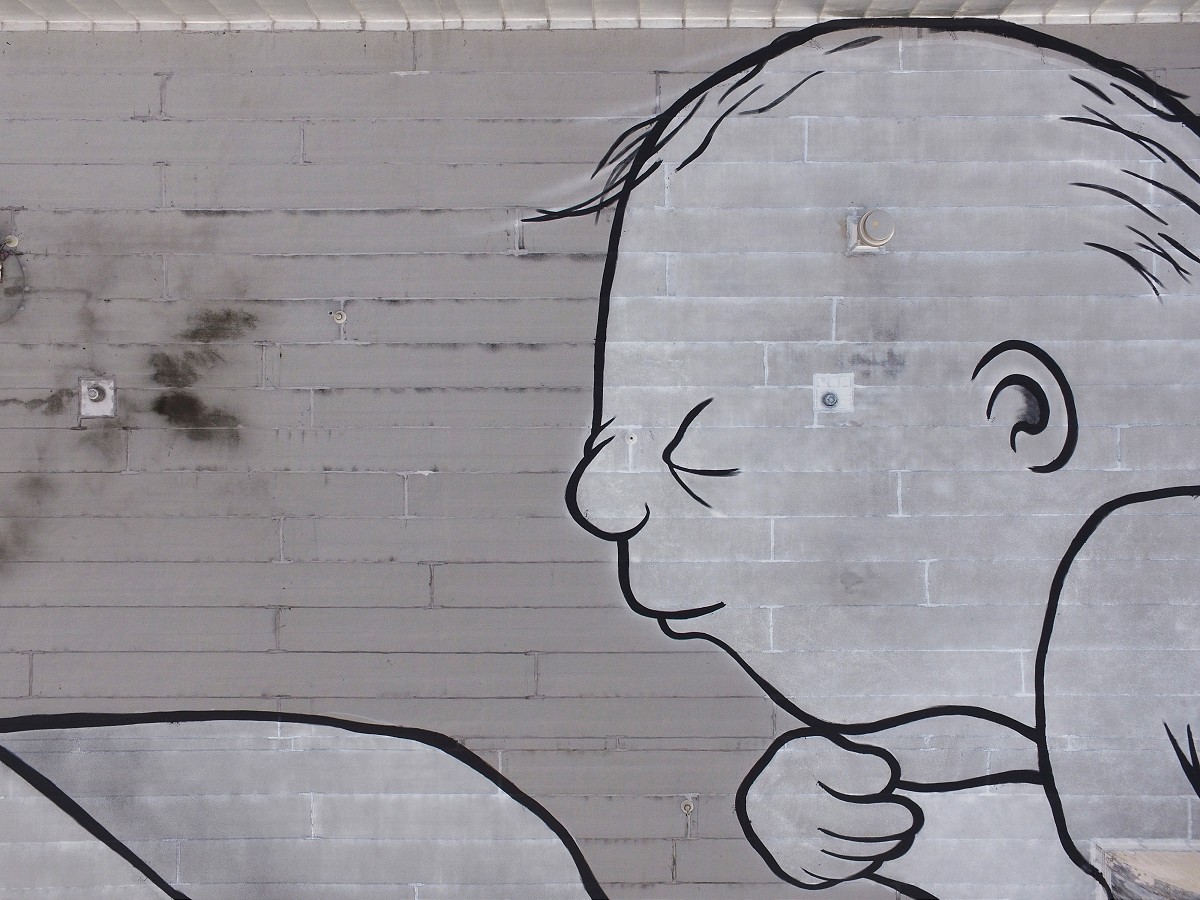 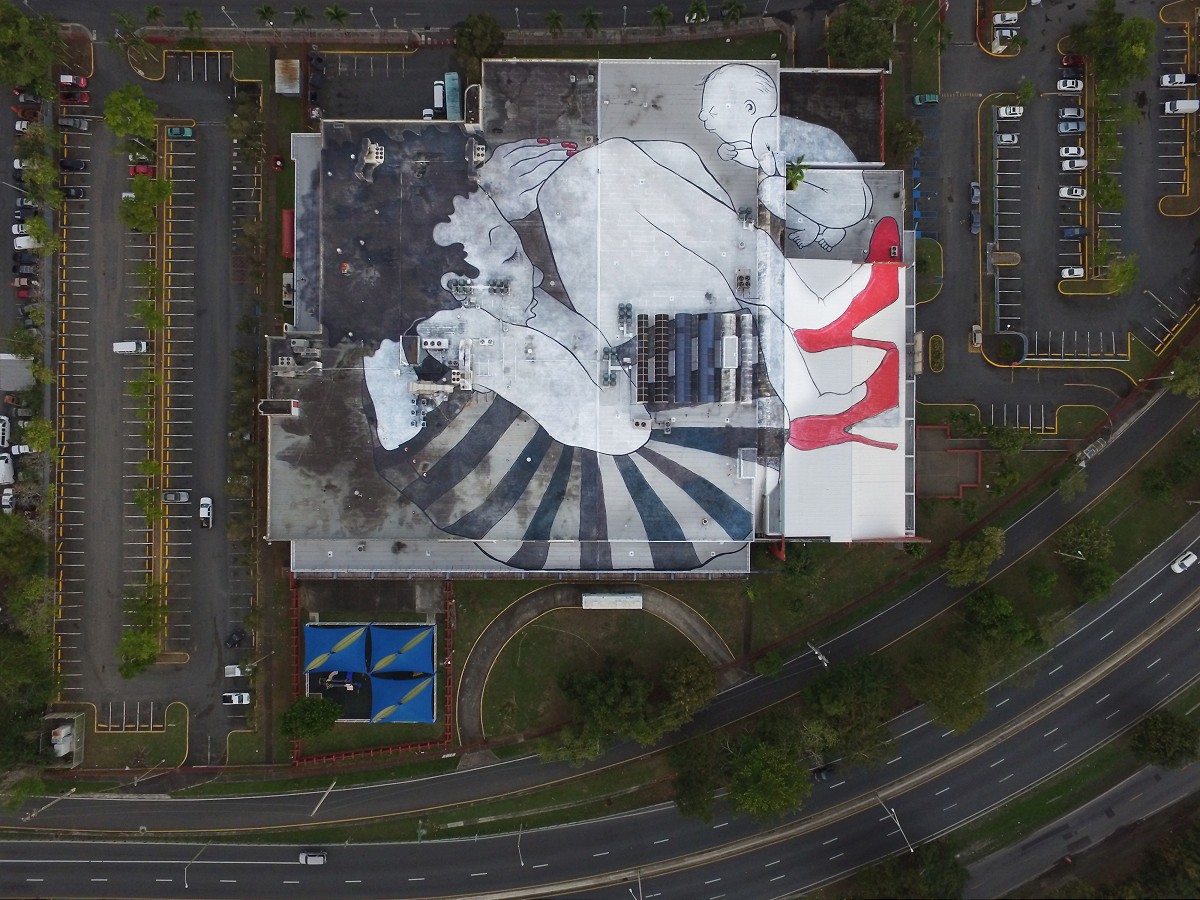 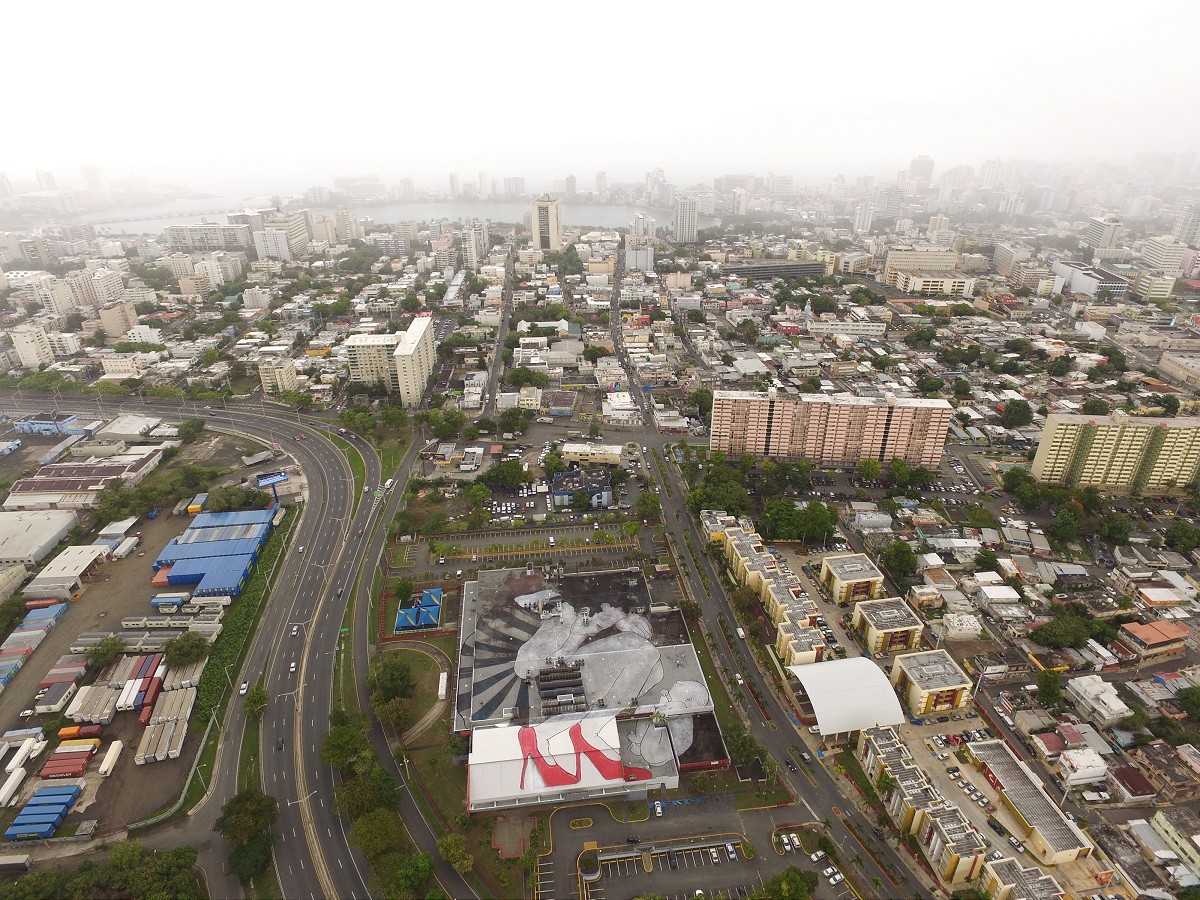